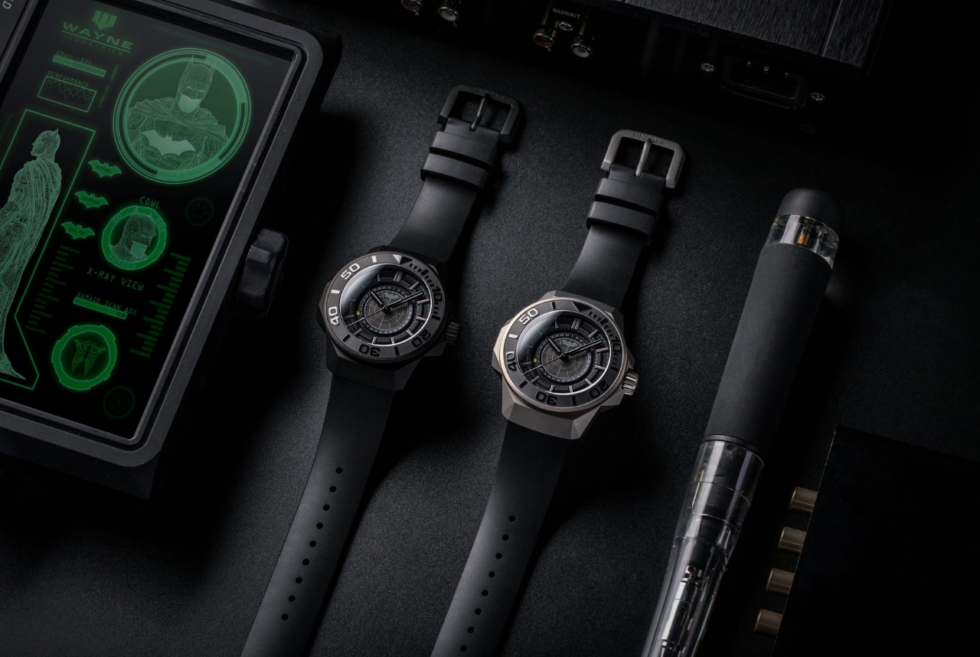 Leave it to one awesome watchmaker to come up with some of the best collaborations. In fact, we feature a few of their special edition pieces before and now once again. This here is the Batman x Undone Quantum watch and boy is it impressive. From a fan’s perspective, this is likely an instant buy to their collection of the Caped Crusader’s memorabilia. Moreover, the elements that show its tie-in nature are subtle enough for use with casual or formal outfits.

Undone is offering two variants of the Quantum: The Standard Edition ($650) and Limited Edition ($799). Each arrives in a 47 mm grade-2 titanium case which gives it’s a masculine vibe. The angular edges and sand-blasted surfaces add to its aggressive aesthetics. A peek at the dial shows the Batman logo just below the 12 o’clock hour marker. The logo sits within the inner circle which shows marking like that of radar.

These, the hands, and hour markers have a lume that glows an icy blue shade in the dark. Other interesting details include the outer ring with engraved indices resembling the jet-engine rear exhaust of the Batmobile. Next is the inner ring which shows 31-day marker with a yellow date indicator wheel that rotates along the perimeter. The Quantum’s color is apparently an homage to the black and yellow Batman logo from 1964 to 1966.

The Batman x Undone Quantum uses a TMI NH35A automatic calibre with a 41-hour power reserve. While the regular model already looks cool, the more expensive one and its all-black DLC coat match the superhero’s shadowy aura. Finally, users can secure it with the black silicone strap and pin buckle.

Taylor Stitch's Reversible Lombardi Jacket comes with a canvas camo on one side and a hemp-based boss duck fabric on the other for tough outerwear during chilly conditions.

Dress Up or Dress Down With Mohinders Woven City Slipper