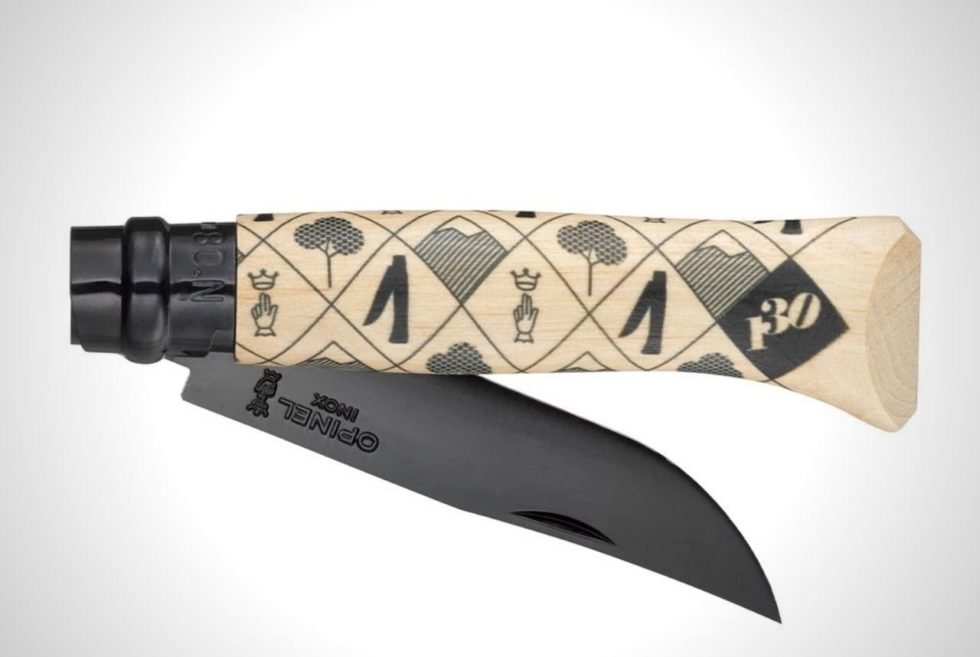 This limited edition folding knife only has 13,000 of it produced globally (500 for the U.S.) and each knife has its own serial number for authenticity. This special knife celebrates Opinel’s “storied history bringing a modern design sensibility” to the brand’s classic pocket knife.

Joseph Opinel designed his first pocket knife in 1890 and made it “robust and functional” as it is simple. These qualities have stood the test of time and make Opinel a brand people trust.

The Opinel 130th Anniversary No. 08 Folding Knife retains its classic Virobloc safety ring design. The ring features two sections: one fixed and one sliding. For safety in use and transport, the ring locks the blade both when opened and closed. It features a matte black anodized Sanvick 2C27 modified stainless steel blade that measures 3.28 inches. When opened, the knife measures 7.59″ x 1″ x 1″. The blade is more resistant to rust but sensitive to scratches. It has an excellent cutting edge and blade hardness of 57-58 HRC.

The handle of the knife is made from French Hornbeam and designed with a graphical checkerboard. The icons on the checkerboard represent the brand’s region and allude to Opinel’s workshop at the foot of the French Alps.

The Opinel 130th Anniversary No. 08 Folding knife comes in a box and with a brochure telling the history of how Joseph Opinel turned a simple folding knife into a timeless and heirloom piece . 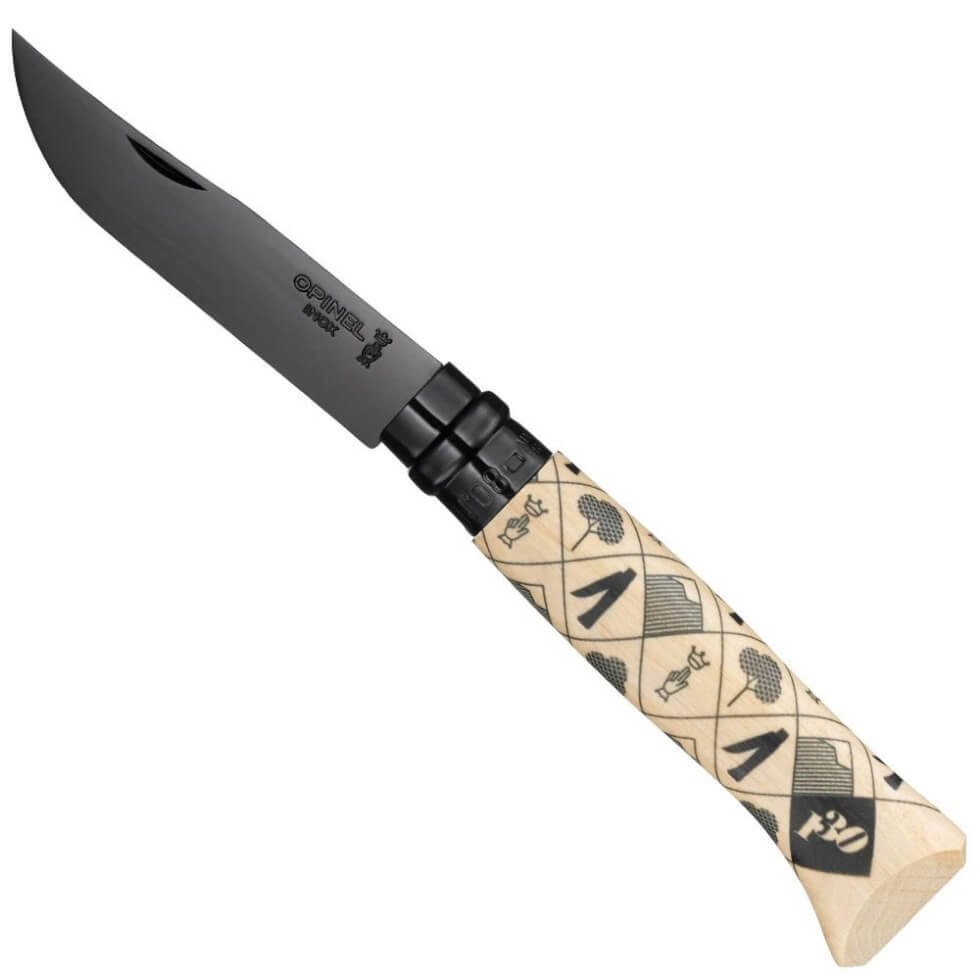 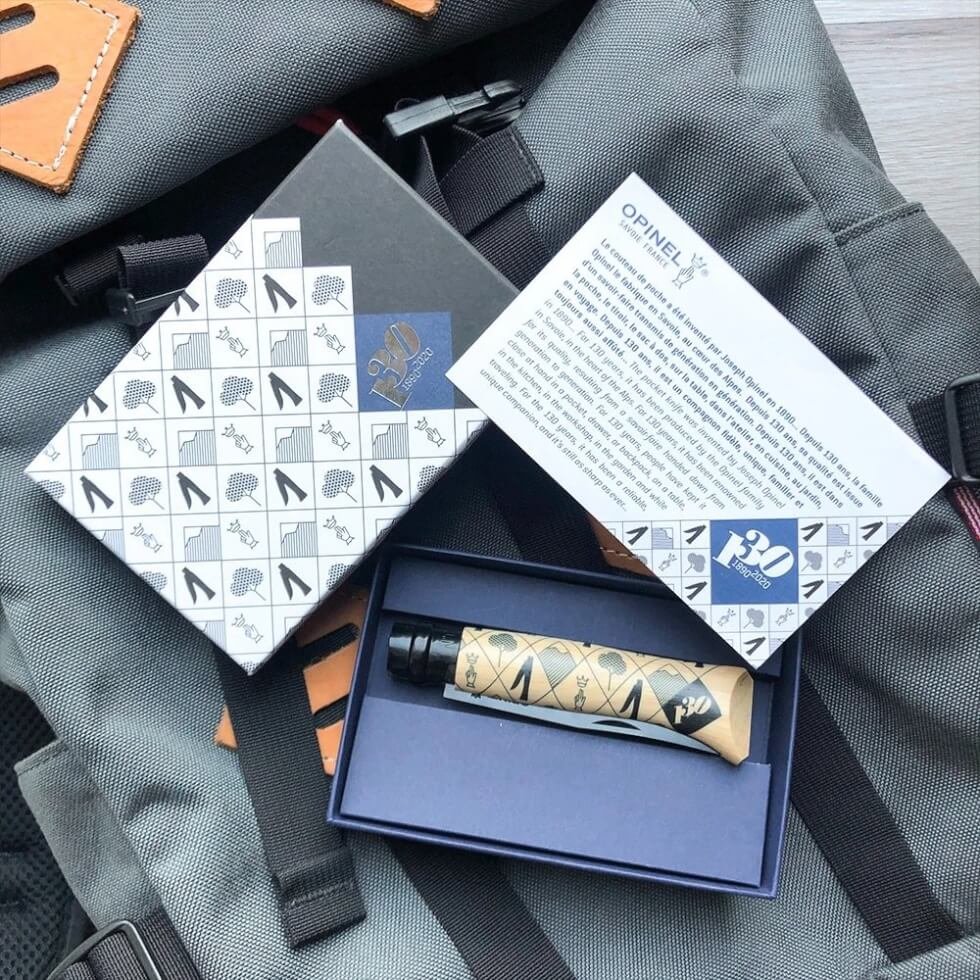 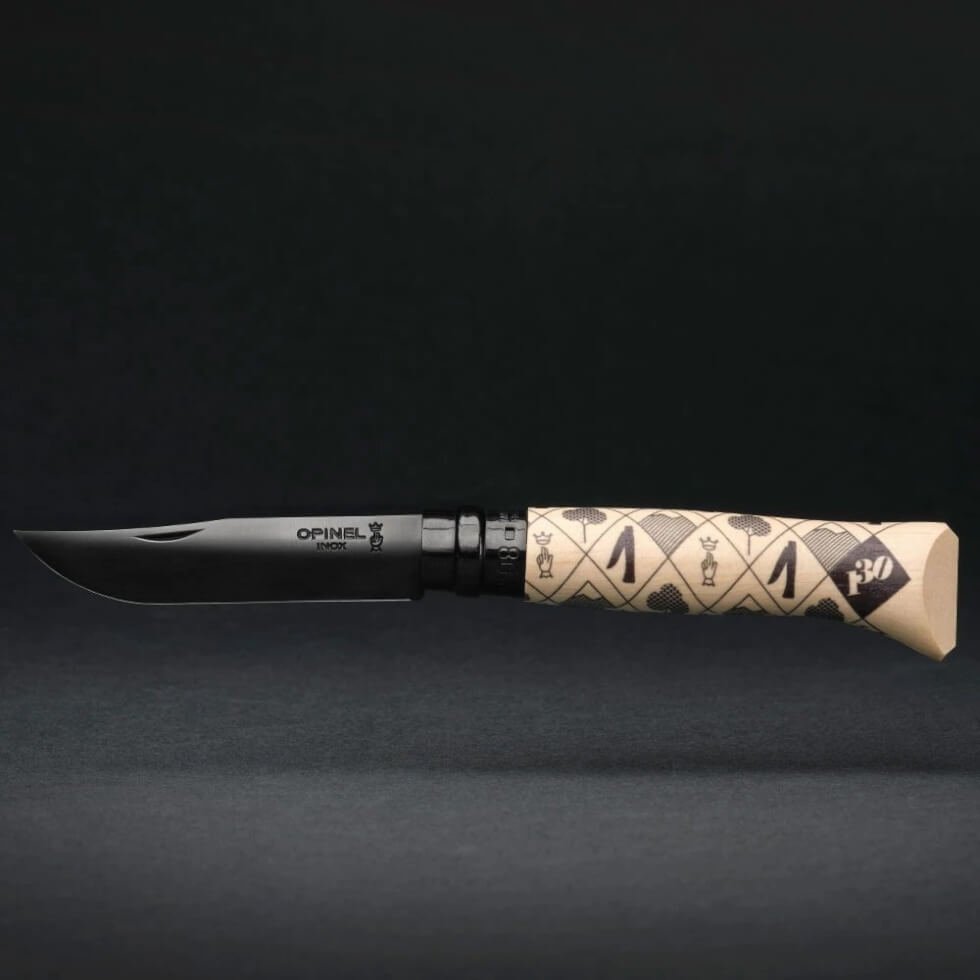 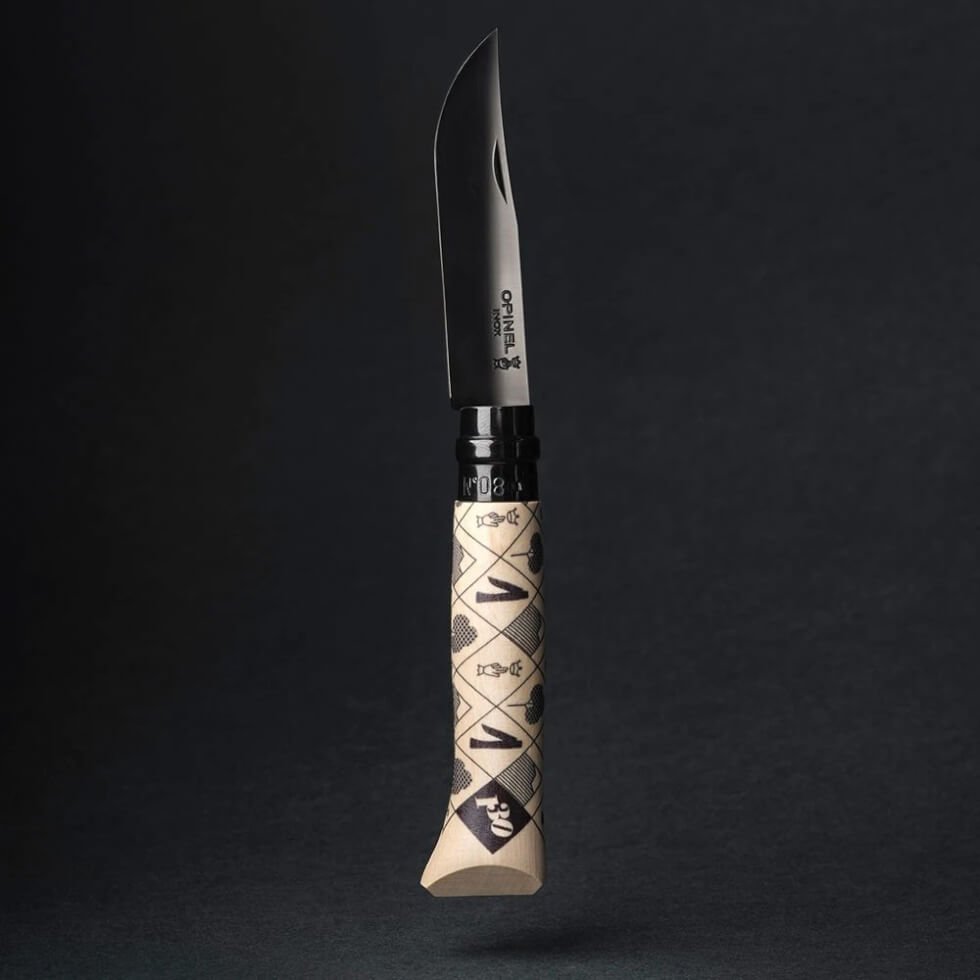 Igloo's Trailmate Journey 70 Qt Cooler glides over rough paths, has several storage options, and stores more than a day's worth of food and drinks.

The FireCan from Ignik is a compact propane-powered firepit made from heavy-duty stainless steel and features an adjustable flame.