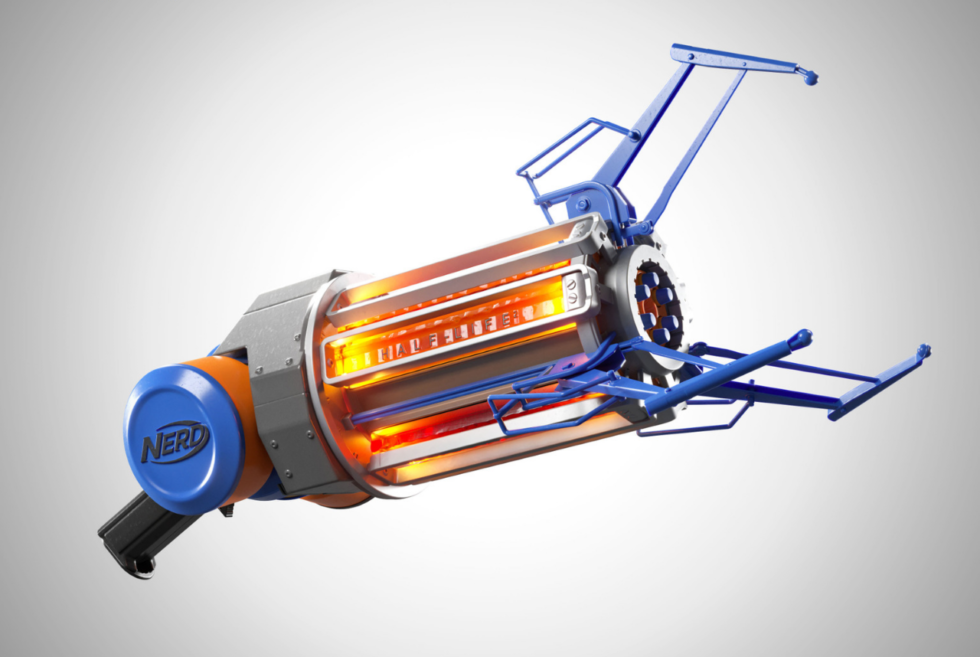 Just as much as we love our video games, our fascination with the gameplay extends to that of characters, items, and weapons. With the undying popularity of first-person shooters, players often turn to real-world merchandise. Although not all of our favorite fictional firearms make it store shelves, TheToyZone gives us a glimpse of what’s possible.

So far, we’ve seen blasters based on titles such as Halo and Fortnite. We really hope Hasbro eventually chooses to draw inspiration from these digital blueprints for future releases. For now, we can only imagine using these toys for our next foam dart-based skirmish both indoors and outdoors.

To start off, TheToyZone is aptly calling their imaginary take NERD (Non-Existing Recreational Dart) Blasters. Kicking off their list of video game weapons is the Cyberpunk 2077 Blaster. Yes, everyone’s beloved or hated talking gun Skippy, which emulates the legendary Office Assistant from Microsoft is here.

The next one is from the post-nuclear apocalypse RPG Fallout 3. TheToyZone went for the most devastating weapon you can get in the game – The Fat Man. Deploy your payload and annihilate your enemies.

What follows is a tribute to an infamous hand cannon in Bungie’s Destiny. Cayde-6’s signature weapon, which was used by Uldren to ultimately finish the Exo hunter gets the NERD treatment here as well.

The rest of the foam-based arsenal on TheToyZone’s catalog include the Gravity Gun from Half-Life II, the Super Shotgun from Doom, the Golden Gun from GoldenEye 007, and the Grenade Launcher from Team Fortress 2. Perhaps the guys over at NERF can turn these concepts into actual working replicas. Once they do, sign us up for preorders ASAP.

Even when the Infinity Game Table is not plugged in, you can use it as a coffee table. Just be careful with hot beverages and try not to spill anything.

When it comes time to celebrate, don’t get stuck without a good cigar lighter to get things going. Read our buyer’s guide for the best cigar lighters available today.

The KeySmart Task Pad is a water-resistant, anti-scratch, and stain-proof desk essential that offers 10W of Qi-wireless charging and comfortable wrist and arm support.