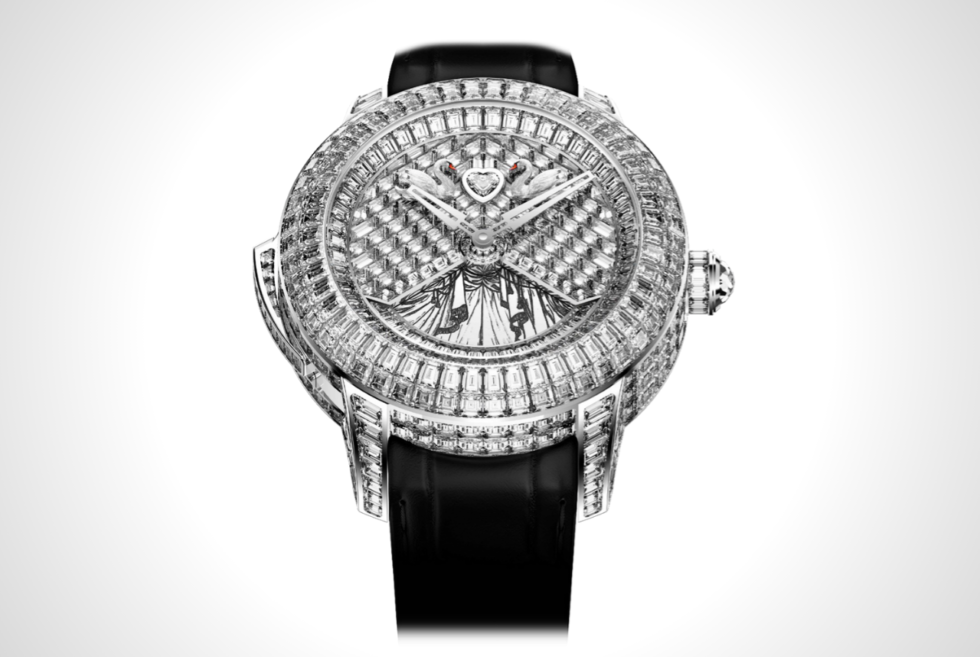 Conor McGregor is not only one of the most exciting fighters in the UFC, but he also has style. The Irish MMA superstar loves to dress up fancy when not in the Octagon and some of his outfits and accessories cleverly hides some fun details. We are recalling the sharp suit he wore while promoting his match with Floyd Mayweather Jr. that hid a special message in plain sight. His most recent one is a custom variant of the Jacob & Co. Rasputin Tourbillon Baguette and it is a naughty one indeed.

We like to point out that the Rasputin Tourbillon Baguette in question could be a bespoke example. However, we will feature the closest timepiece configuration available to what McGregor was wearing. You’re looking at a 47.6 mm 18-karat white gold case, caseband, caseback, lugs, crown, slider and a portion of the dial.

Moreover, everything is adorned in baguette diamonds which means it sparkles from any angle. Getting to the interesting part, you’ll notice a section of the dial with an engraving of curtains. Jacob & Co. notes it is a copper-beryllium alloy and not white gold. The top shows two Jaquemart Swans with a heart-shaped diamond. It’s clear that the Rasputin Tourbillon Baguette is one lavish fashion statement.

Once you toggle the slider, the curtains part to reveal a hand-painted automaton of an intimate scene. At the same time, the minute repeater chimes while the swans also move. The Rasputin Tourbillon Baguette runs on an in-house JCAM27 hand-wound calibre with a 50-hour power reserve. Meanwhile, McGregor also picked out a Jacob & Co. Astronomia Tourbillon Baguette and a brand new Rolls Royce. 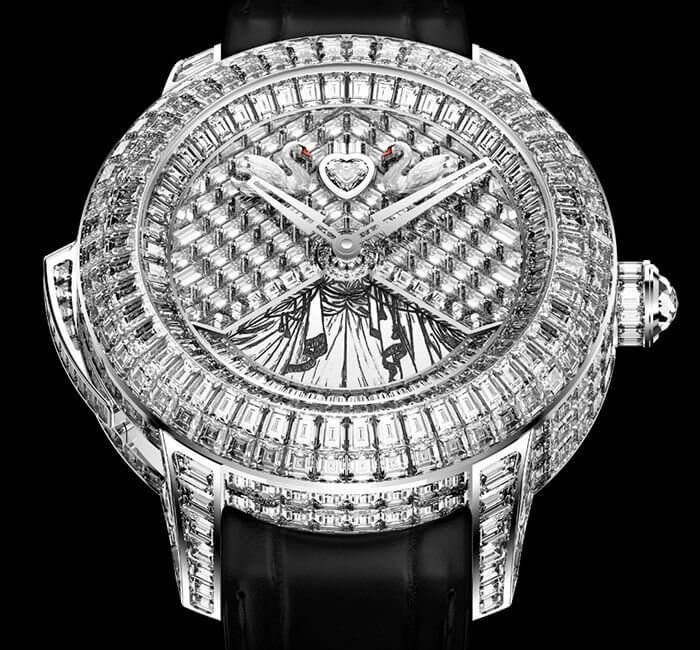 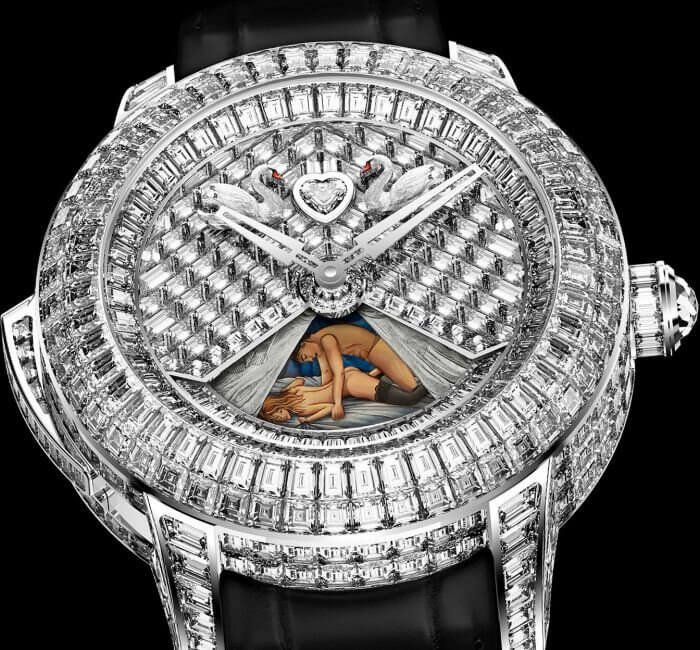 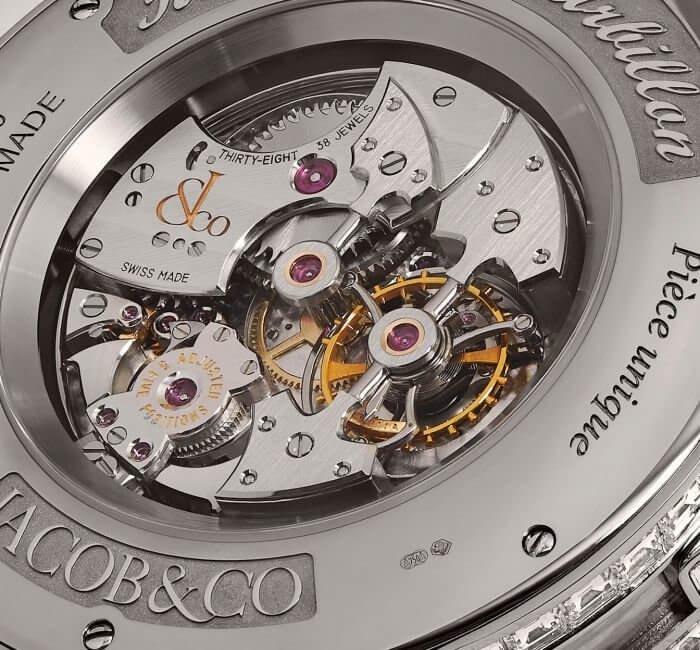 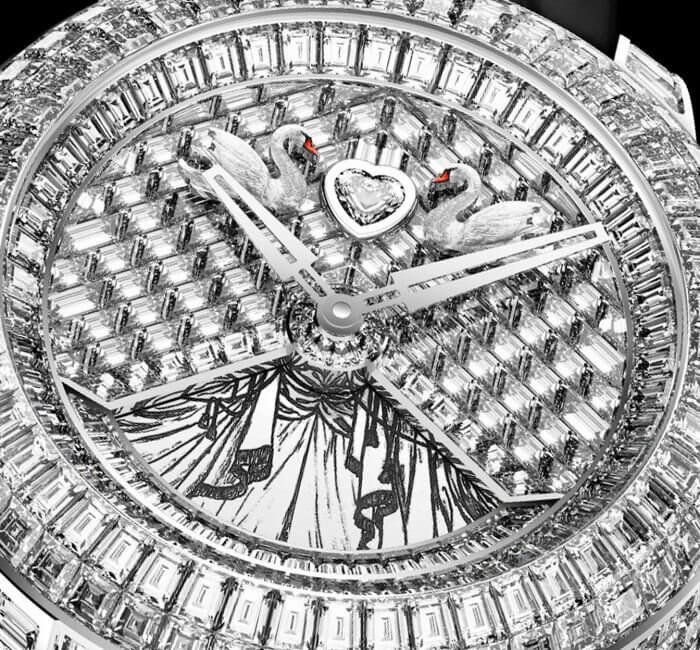