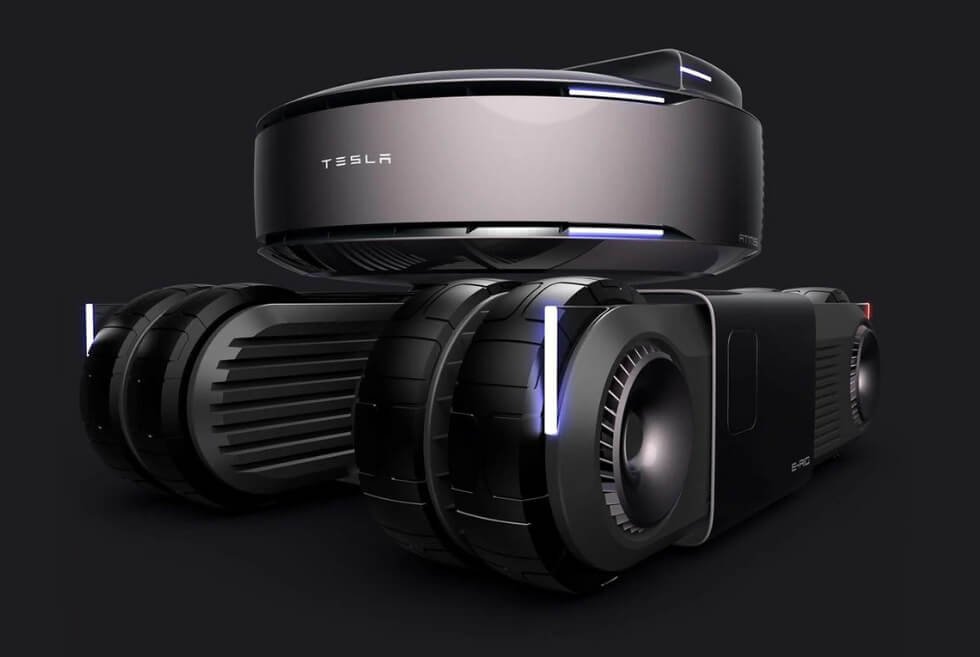 Elon Musk has proven countless times that his ideas eventually inspire the rest to follow. Despite people calling him out for his supposedly outrageous claims, his successes are telling a different story. It’s no wonder Tesla is considered the gold standard when it comes to innovation. As such, digital artists are envisioning self-driving machines like the Autonomous E-Rig Semi.

Penned by transport and industrial designer Jeremy Dodd, this is his take on the heavy-duty hauler from Tesla. The official Semi was first unveiled in 2017 with the initial deliveries pegged for 2019. Due to a boatload of factors — automotive chip shortages, batteries, and others – the dates have been moved a few times.

Unless Musk is planning a redesign this far off into development, it will look exactly like it did years ago, albeit sleeker perhaps. Meanwhile, the Autonomous E-Rig Semi concept is something we wish Tesla would incorporate into a future project perhaps.

Its principal purpose is to expedite logistics by letting artificial intelligence take the wheel. On average, truckers spend upwards of nine hours on the road at speeds of 50 mph. Whoever says the job is easy is lying. As the name suggests, the Autonomous E-Rig Semi should handle all basic stuff and more.

Looking more like a tank than a truck, it features an extending wheelbase. This is beneficial so it can handle multiple types of trailers and cargo. Solar panels line the roof and bed to charge the batteries. The Autonomous E-Rig Semi can also tackle corners with ease courtesy of its zero turning radius.

The Citroën Oli concept can seat up to four inside a minimalist cabin decked out in orange and features a flatbed for cargo at the back.

After years of negotiation, Bugatti finally reaches an agreement with the collector to bring home five pre-war models.