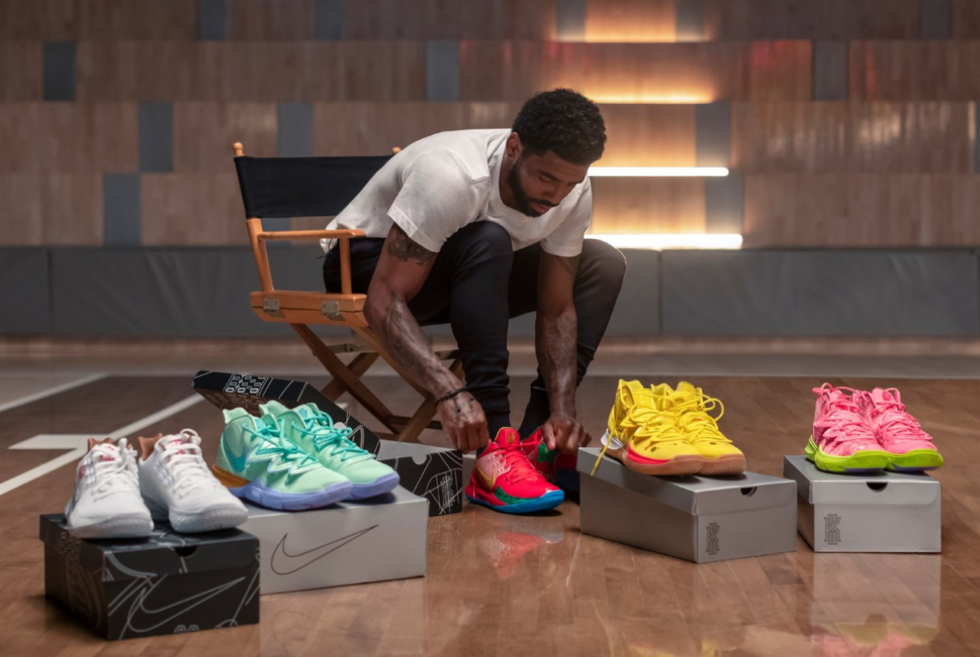 In an odd and somehow whimsical turn of events, Nike is showing some love to an iconic animated TV show. It might seem bizarre for some folks, but we believe that it will be a huge hit for people of all ages nonetheless. The SpongeBob SquarePants X Nike Kyrie will be showcasing five special kicks that represent a key character from the Nickelodeon franchise. We’re guessing that Kyrie Irving must be a big fan of the show.

Deep down, all men are kids at heart, which is why this collection is an instant winner in our book. We might not look like it, but we’ll take our SpongeBob merchandise any way we can. Nike is doing a great job of making sure that the gang is all here. These special Kyries will come in colorways depicting five of the show’s characters.

Let’s start off with the SpongeBob model as its flaunts a yellow upper with a couple of brown spots and a squiggly Swoosh logo. It sits on top of a white, red and brown midsole that clearly represents Mr. SquarePants himself. Next is his pal Patrick Star, whose pair sports a pink upper with a lime midsole.

The trio would not be complete without his cranky neighbor Squidward Tentacles, whose variant comes in the same color combination as the character. You probably know the drill already as the Sandy Cheeks and Mr. Krabs both showcase their recognizable colorways. The SpongeBob SquarePants X Nike Kyrie collection is heading our way this August.

Check out Nike for more details 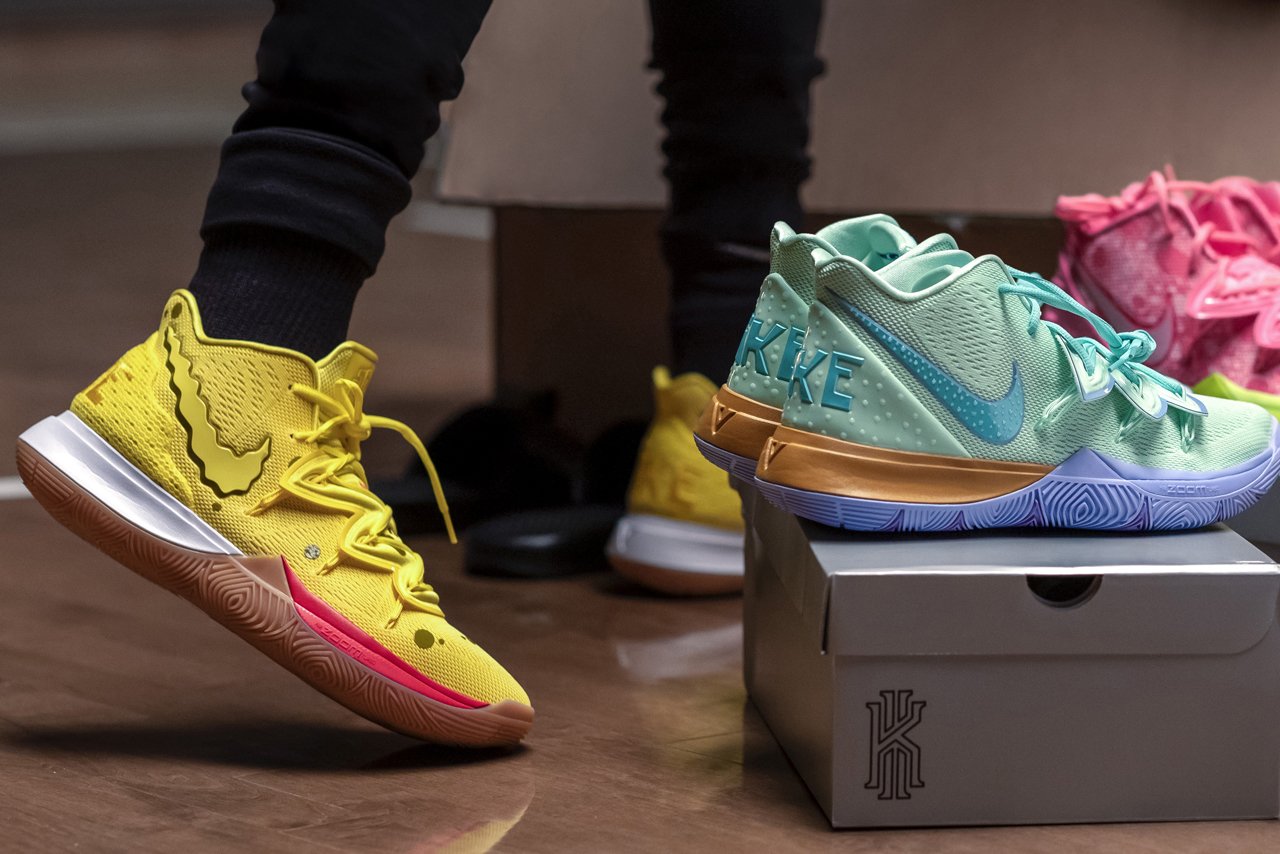 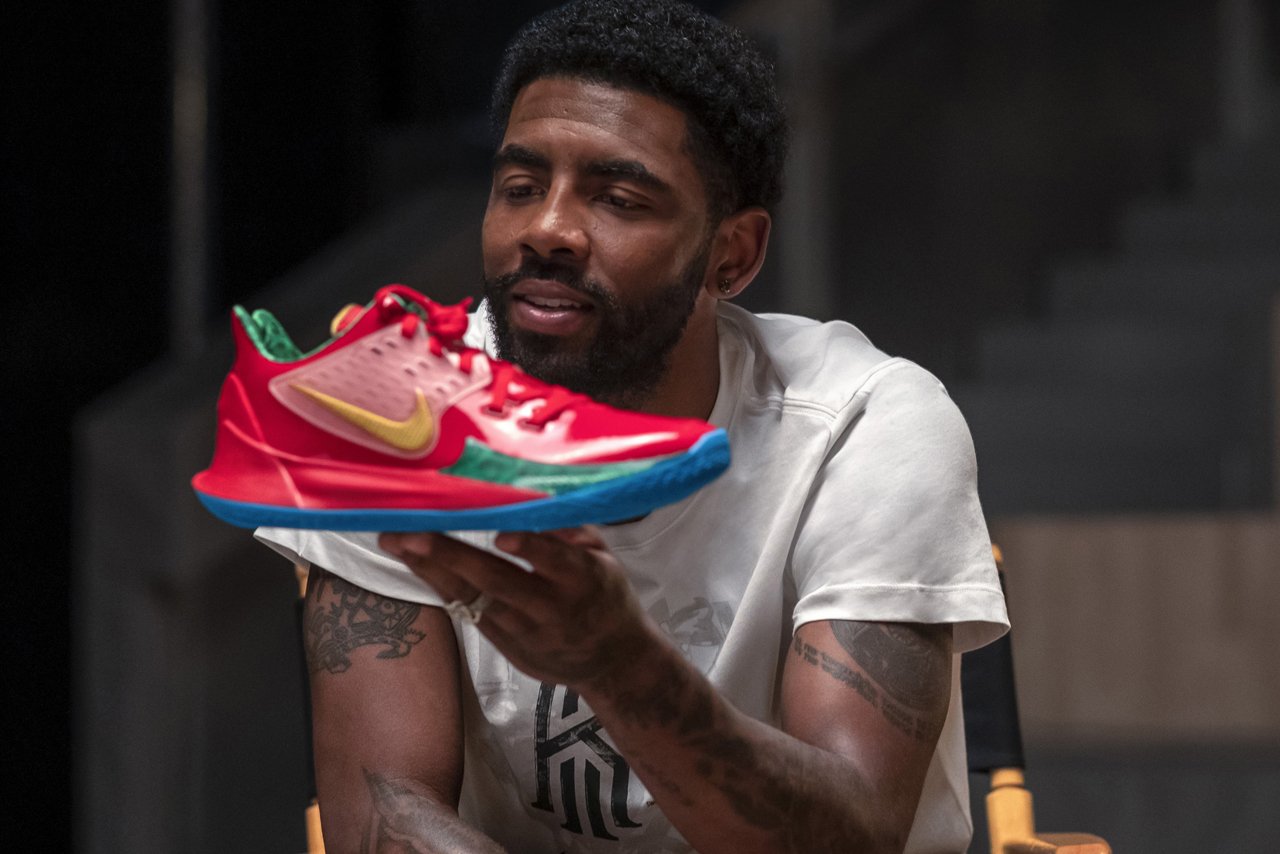 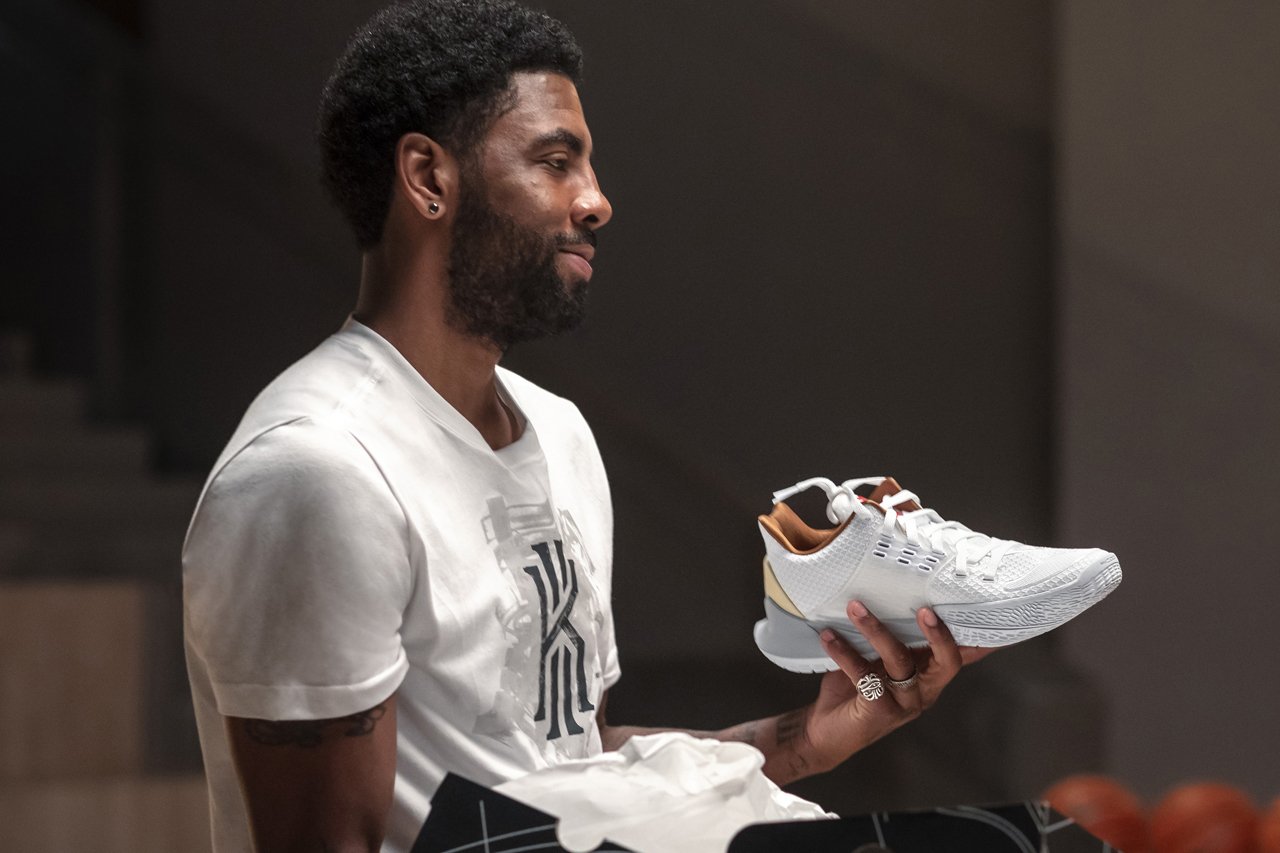 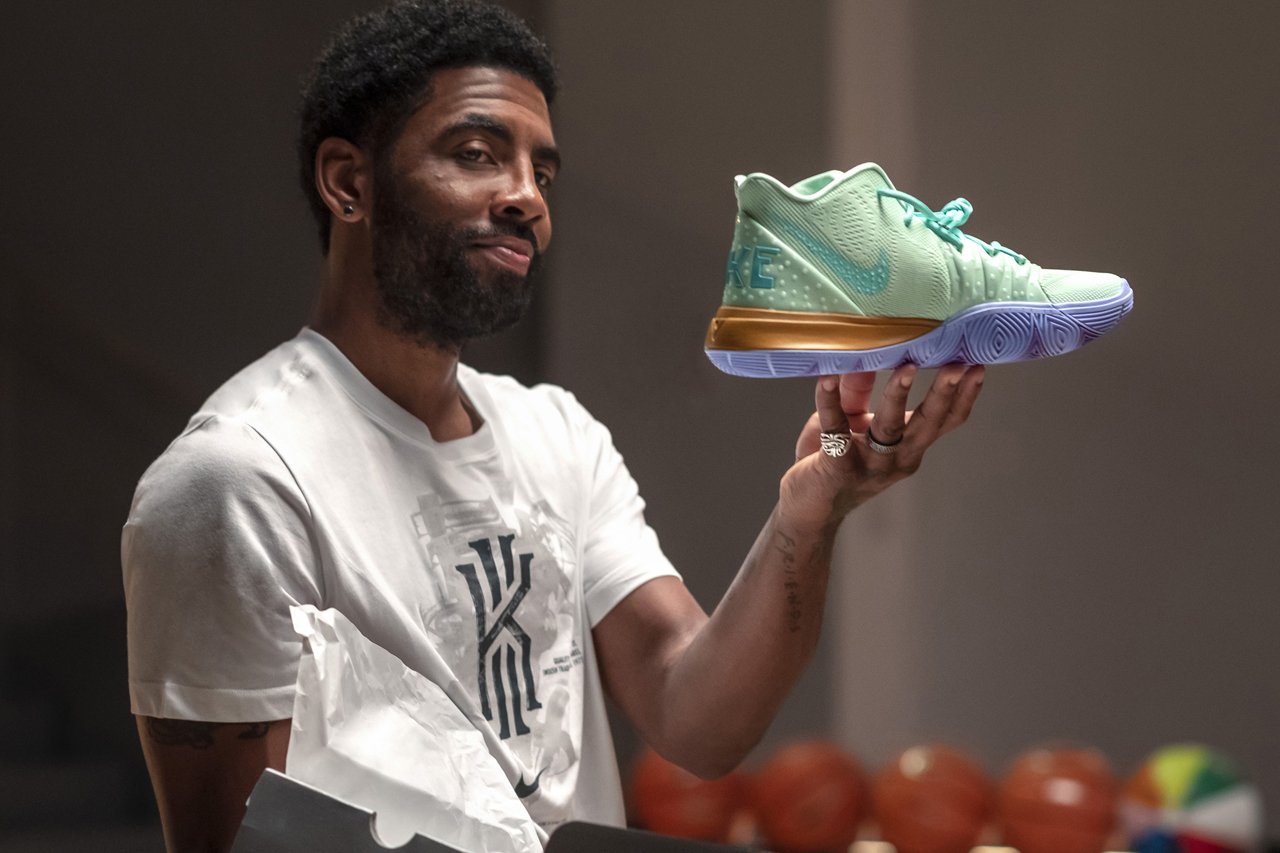