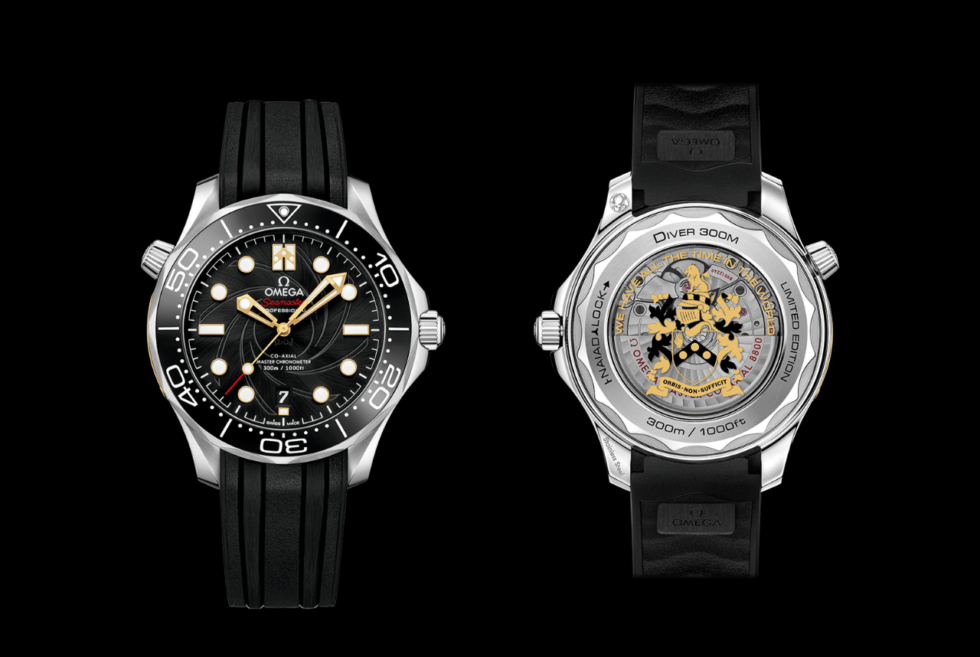 A world-famous fictional British Spy franchise is celebrating the 50th anniversary of On Her Majesty’s Secret Service. It is the sixth installment in the long-running series that stars everyone’s favorite secret agent. To commemorate the milestone, OMEGA introduces the Seamaster Diver 300M James Bond Limited Edition. As the name already implies it is an exclusive run of only 7,007 examples globally. Not only does it appeal to fans but watch collectors will definitely want one.

From afar, it might seem like a regular Seamaster Diver 300M. However, just like the timepiece’s namesake, there is more than meets the eye. As long as you know where to look and what to find, these hidden elements add to its appeal. Let’s start with the regular stuff like the 20 mm black rubber strap that accompanies its 42 mm stainless-steel case. What follows is the black ceramic bi-directional bezel with the diving scale in white enamel.

Luxurious performance on your wrist

Now that’s out of the way, here’s what makes the Seamaster Diver 300M James Bond Limited Edition extra special. Looking at it closely, OMEGA is giving the black ceramic dial a spiral-brushed finish and a laser-engraved iconic gun barrel design of the movies. It doesn’t stop there as the 12 o’clock hour marker sports a Bond family coat-of-arms. The hands and hour marker use 18K yellow gold with luminescent material for low-light visibility.

Blink and you’ll miss it by a close up of the date window shows the number 7 in the 007 font. Moreover, another clever secret is the number 50 that marks the anniversary of the film. This one can only be seen when the lights are out and the 10 o’clock hour market glows to reveal the number.

Finally, the domed anti-reflective sapphire crystal on its exhibition case back shows the Bond family coat-of-arms as well. Powering it is a self-winding Co-Axial Master Chronometer Calibre 8800 with a 55-hour power reserve. Each OMEGA Seamaster Diver 300M James Bond Limited Edition features an 18K yellow gold plate on the side of the case with an engraving of its number in the series of 7,007 units. 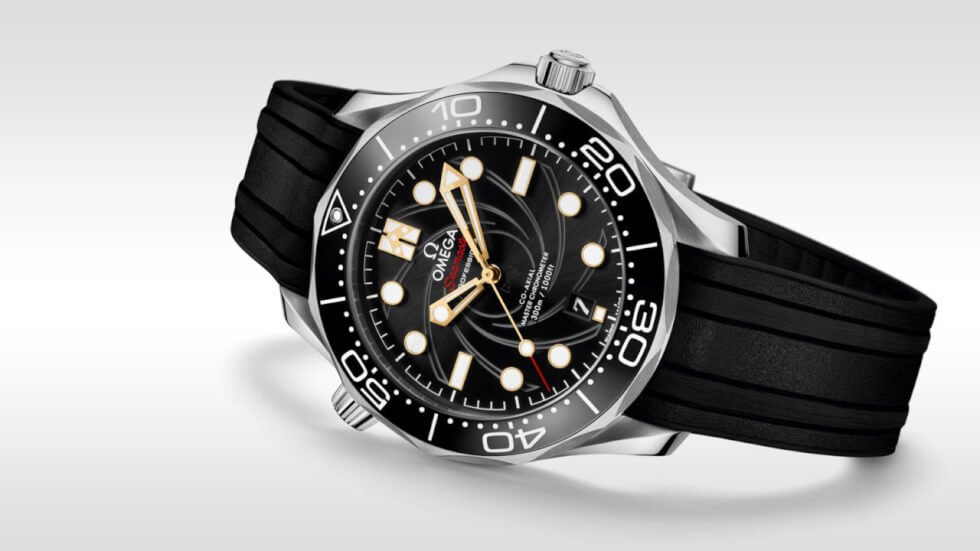 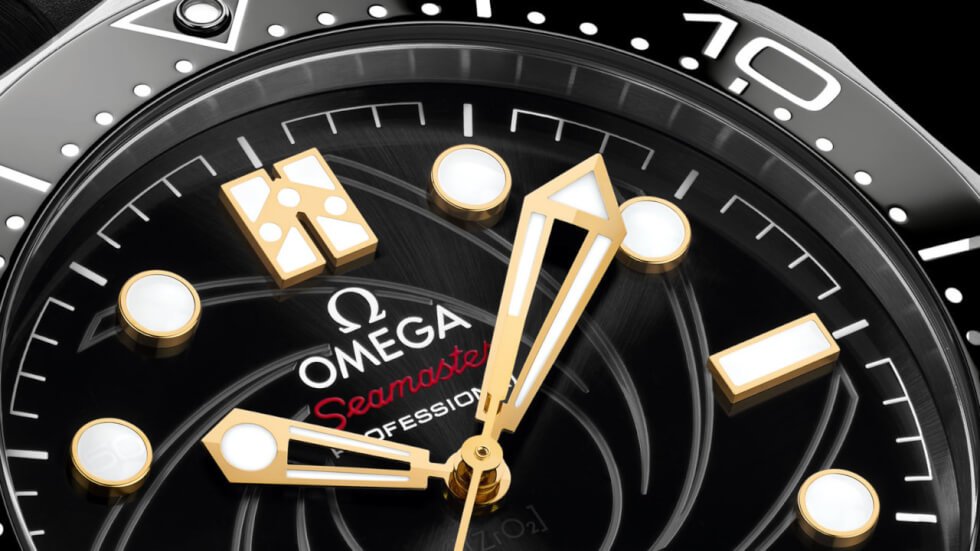 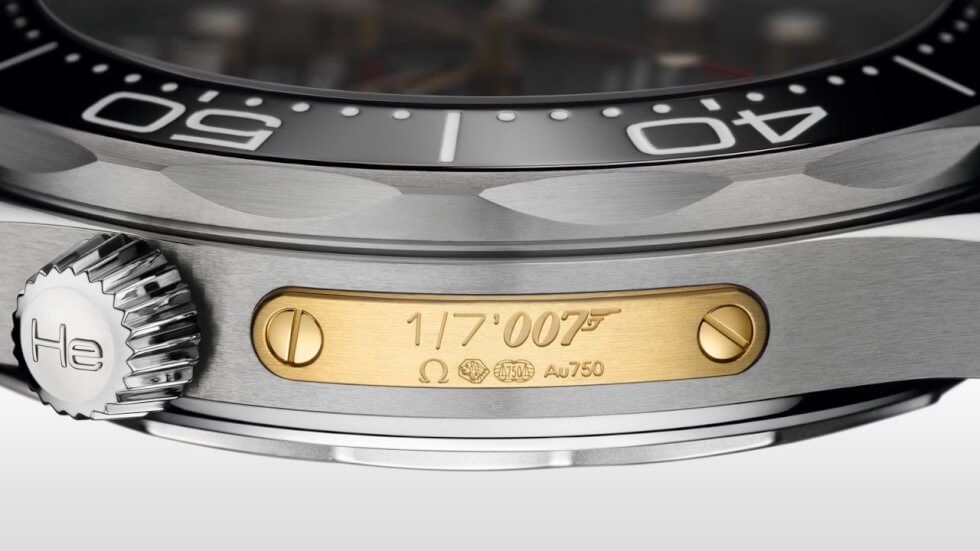 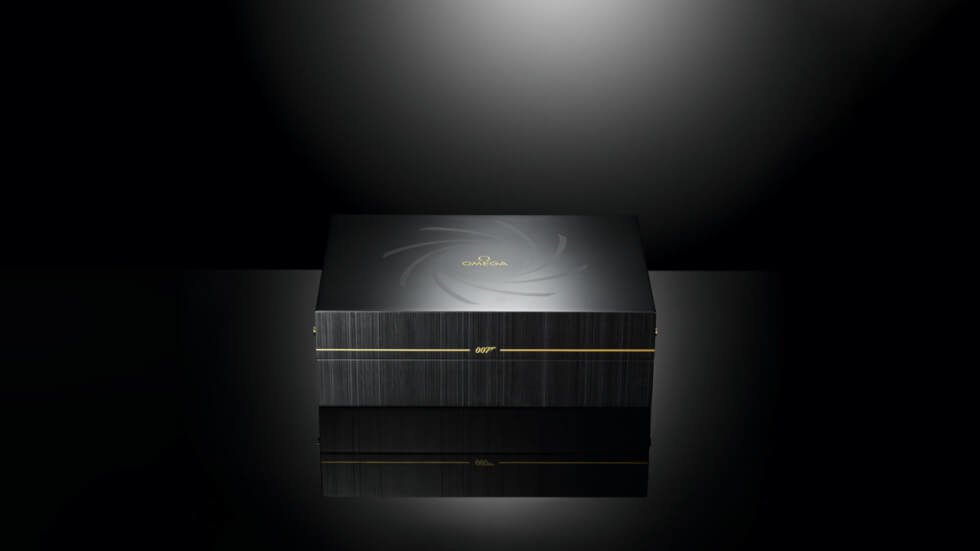 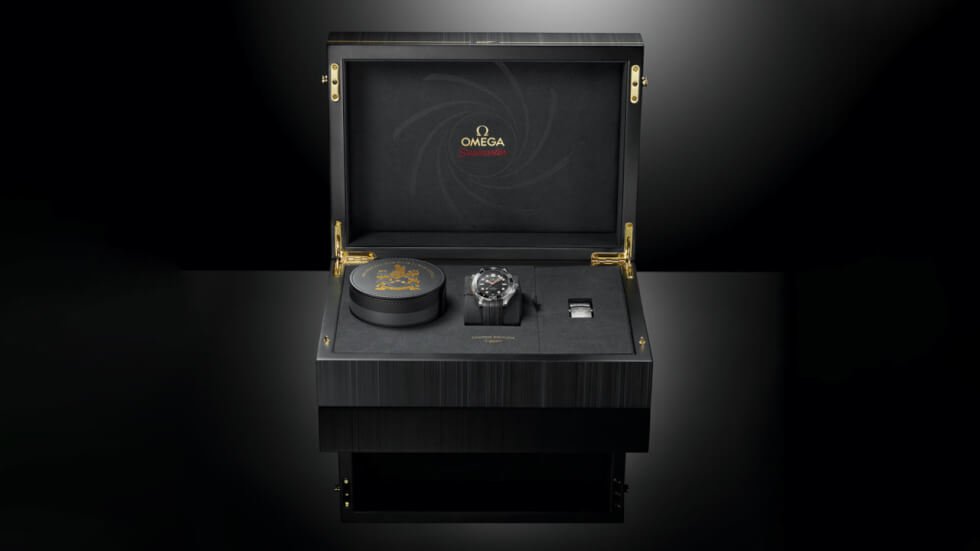 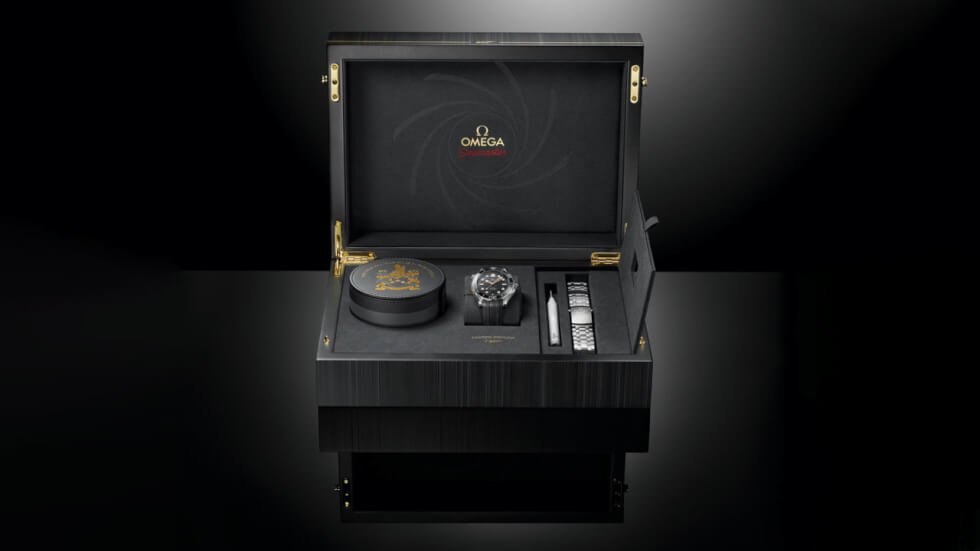 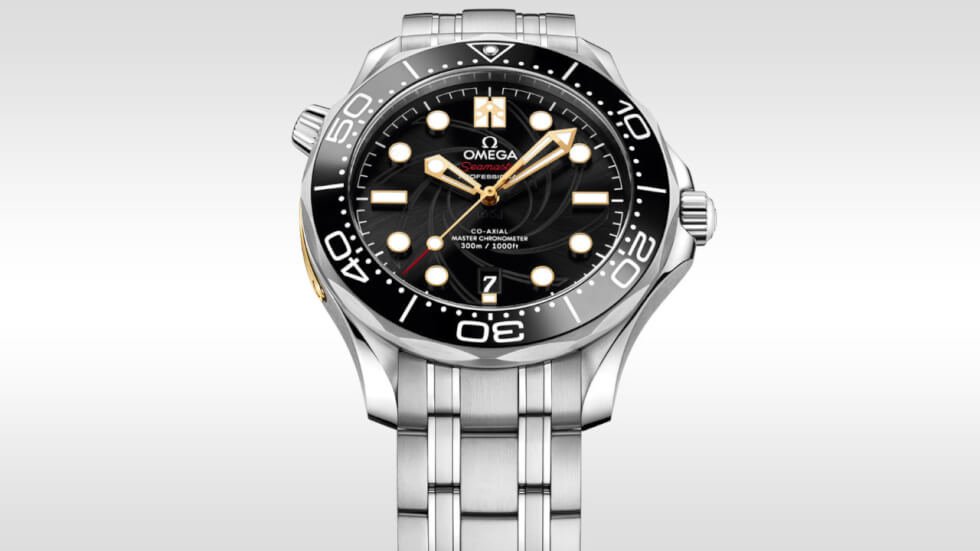