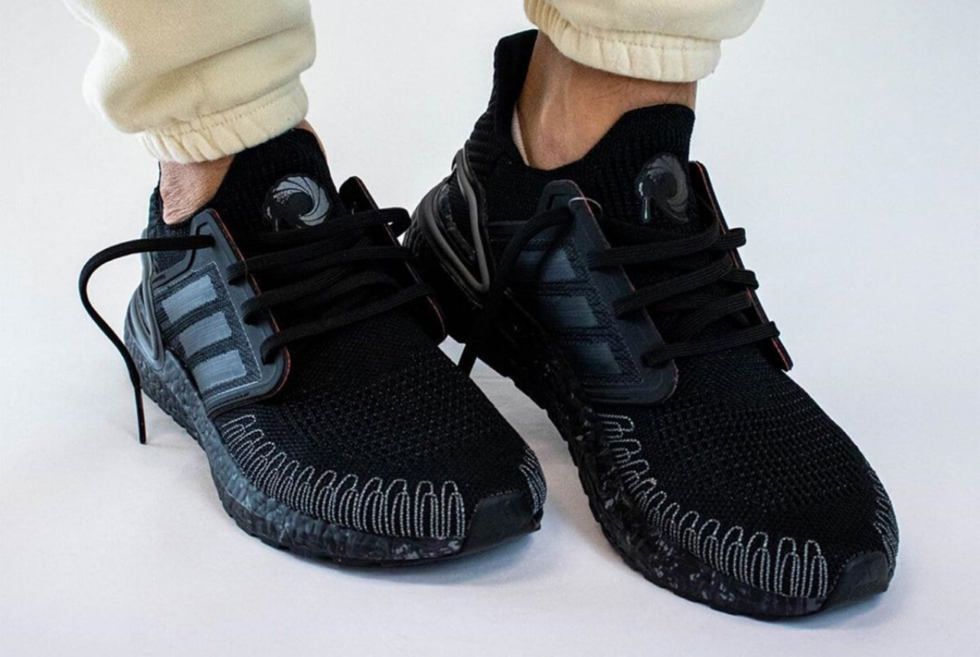 We usually see cool collaborations between movie studios with various products grace our pages. The recent ones to do so was a Star Wars tie-in Samsung, Adidas, and Kenneth Cobonpue for a smartphone, a sneaker, and furniture respectively. These items are an awesome treat for collectors and pop culture enthusiasts who have the cash to fork out. Now, we have another highly collectible footwear in the form of the Adidas x James Bond Ultraboost 20.

While the manufacturer has yet to officially debut these sleek pair of kicks, insiders already have a scoop. This exclusive pair of Ultraboost 20 sneakers will likely launch slightly ahead of the debut screening of No Time To Die. The movie will premiere globally on April 2, 2020. Hence, Adidas might be eyeing a release date close to that timeframe.

Photos of the Adidas x James Bond Ultraboost 20 reveal black, silver, and gunmetal colorway. It is predominantly in black with the other shades spread around certain elements of the running shoe. The upper is mostly crafted out of black Primeknit textile with an intricate silver stitching running across the edges toward to toe. Meanwhile, the tongue features an emblem of the iconic gun-barrel graphic seen during the opening sequences of the movie franchise.

The heel section flaunts a faux carbon fiber weave that can easily pass off for the real thing. You can see the 007 logo in silver on the heel. Finally, the eTPU Boost midsole features a unique multi-colour pattern with a black rubber outsole for superior traction. Pricing for the Adidas x James Bond Ultraboost 20 is not yet available as of this writing, but it will fetch a pretty penny. 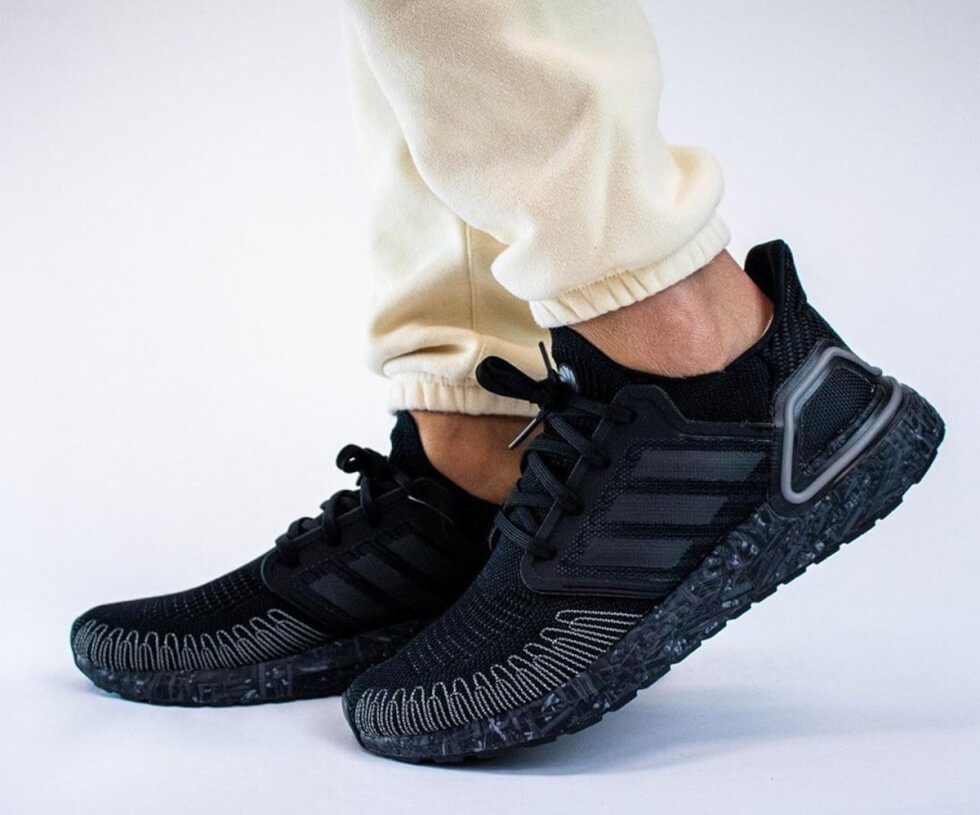 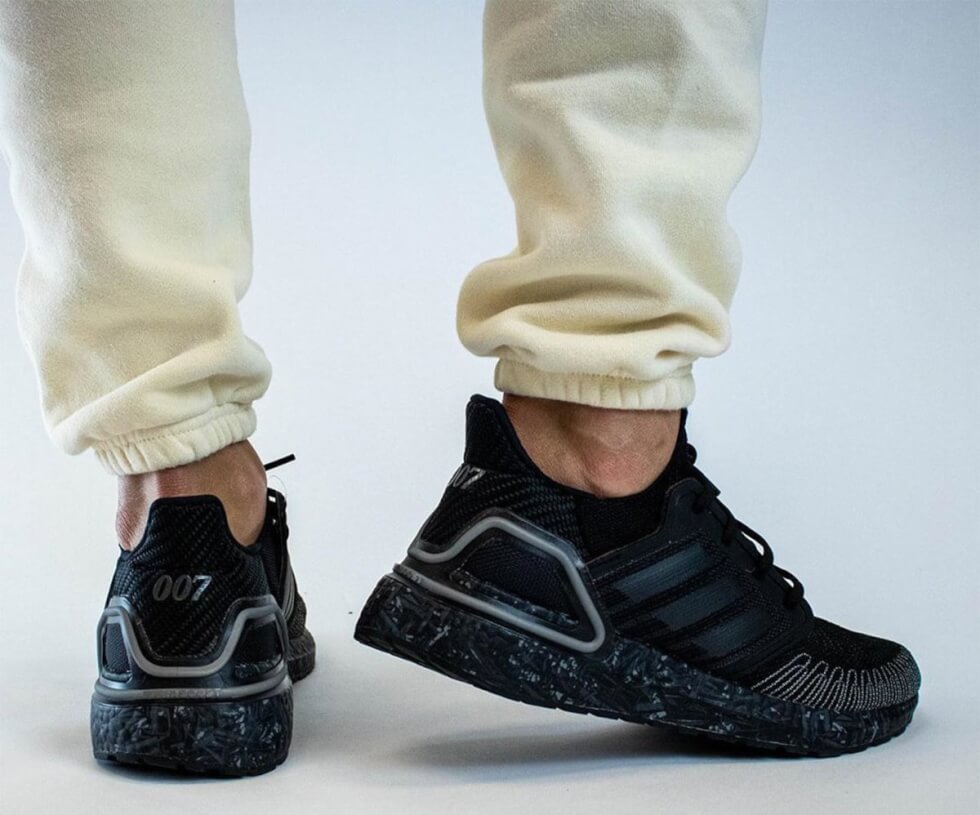 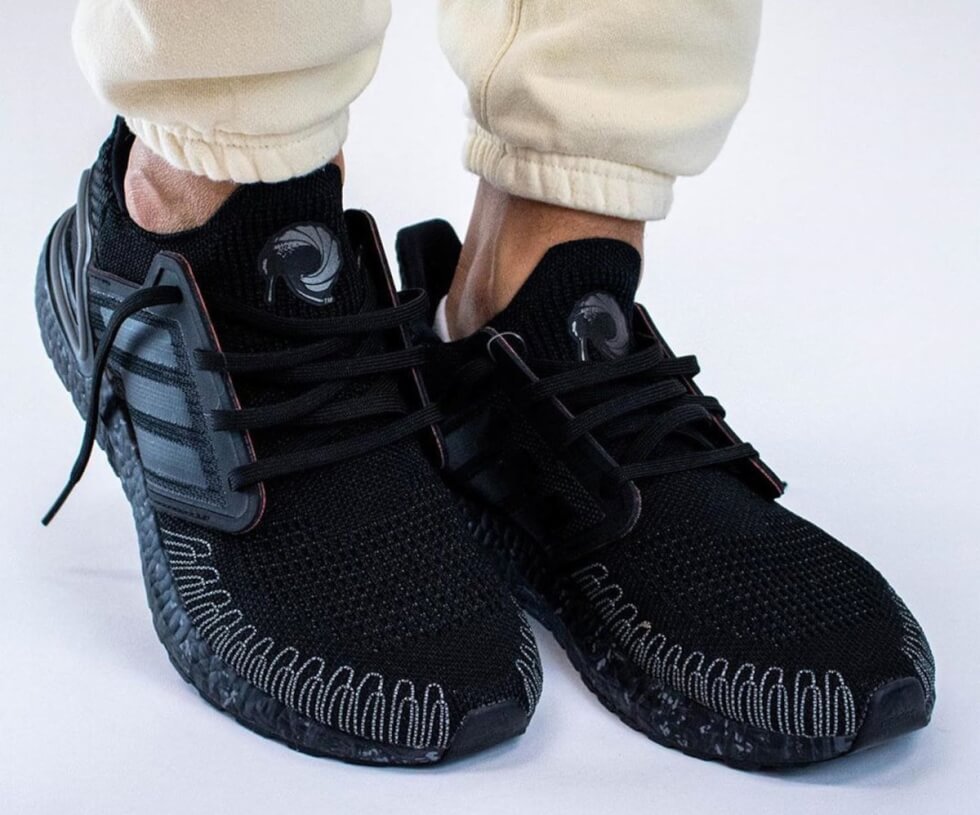 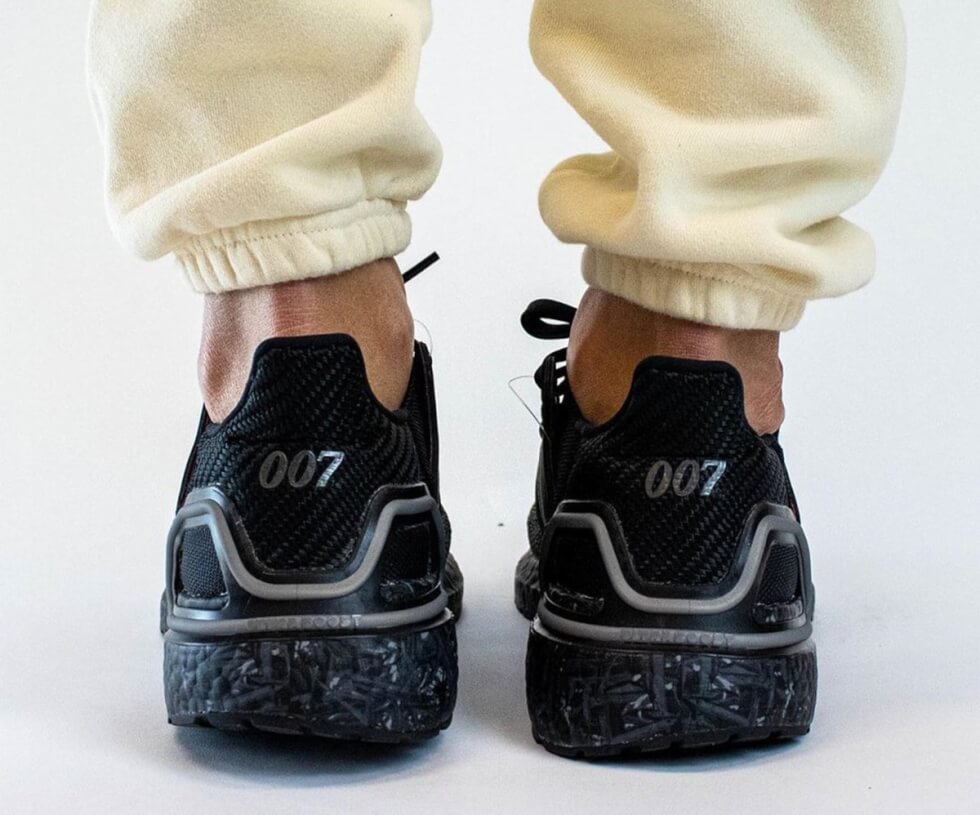 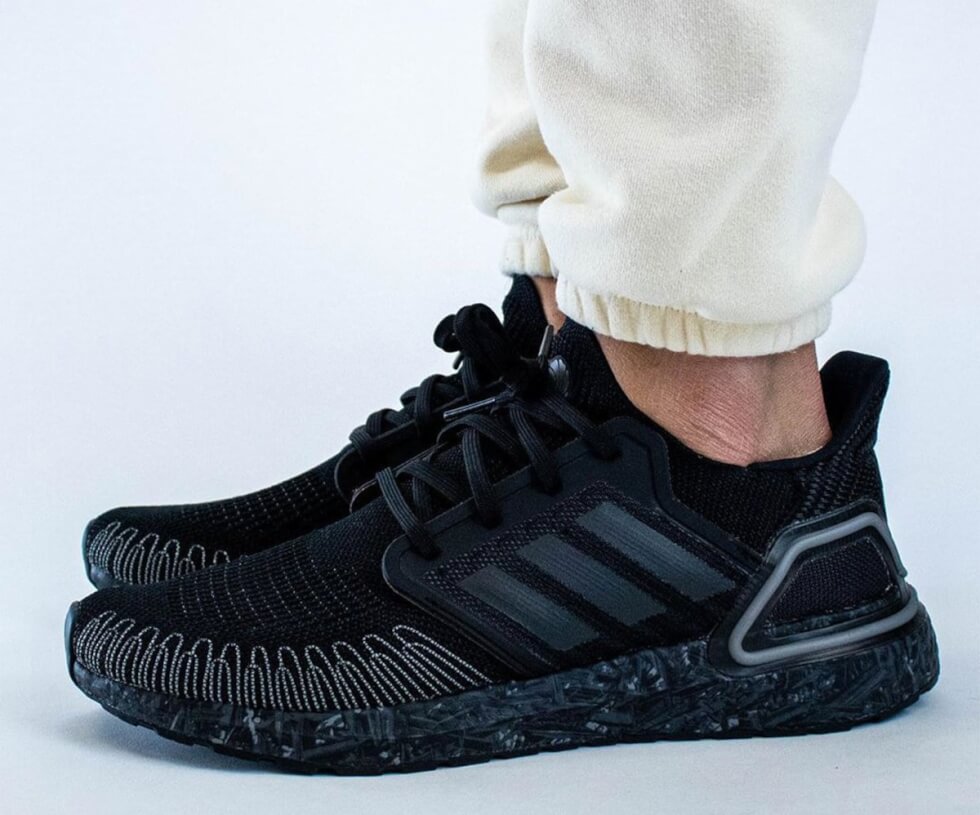 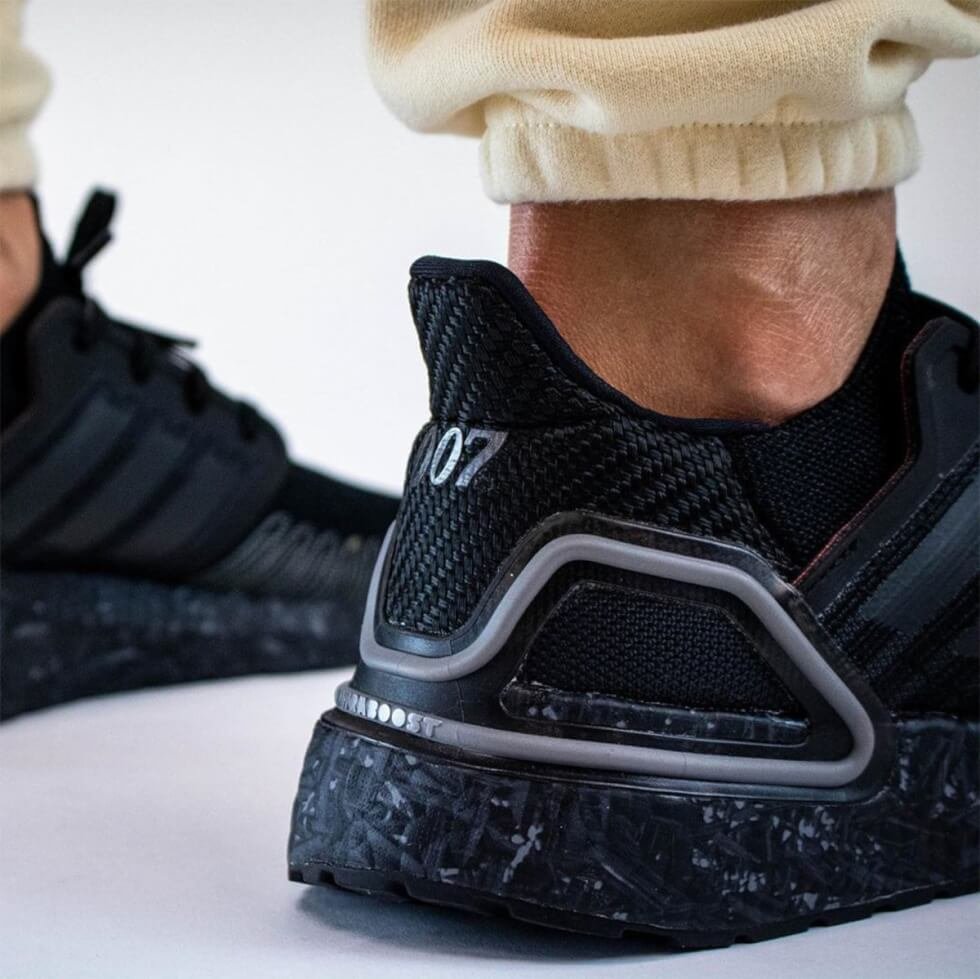 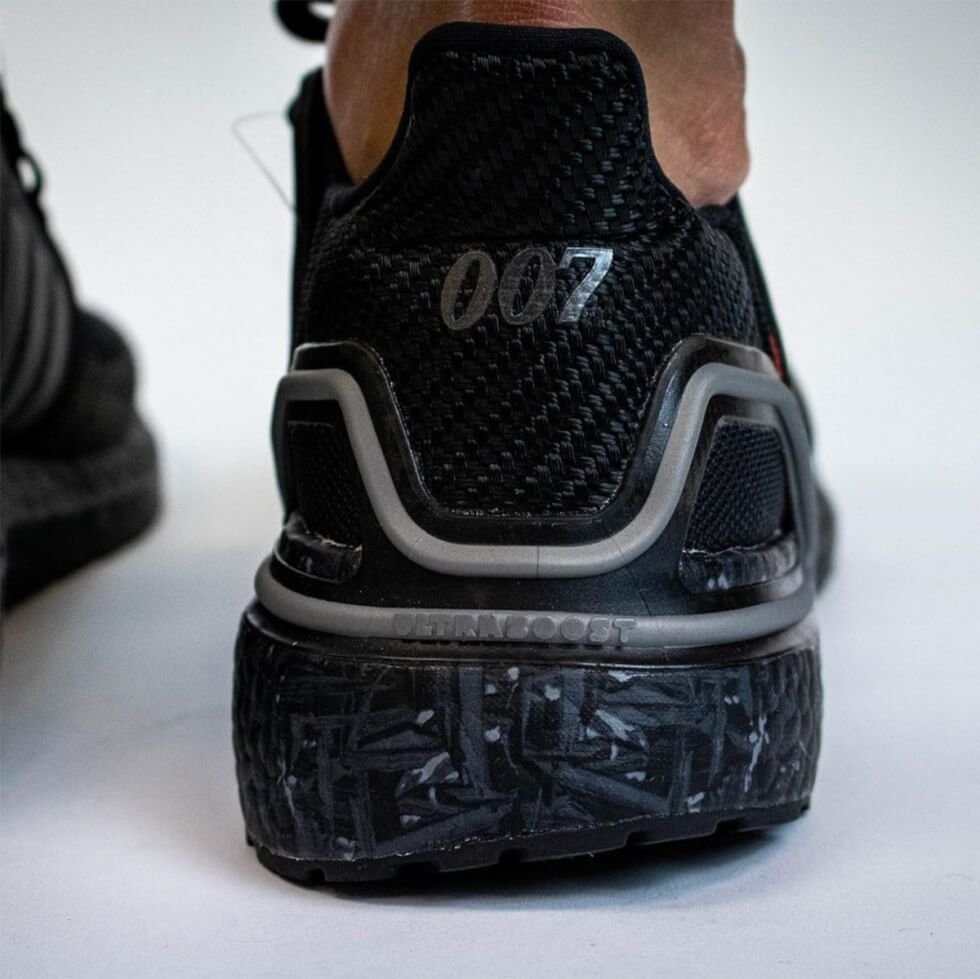 In this detailed post, you’ll learn how to create your own on-the-go grooming routine that provides the best results.

An Essential Guide To Buying Your First Pair Of Air Jordans

If you are ready to get your first pair of Air Jordans, the information provided here can help you pick which ones suit your style and budget.

GR10K x Salomon Quest Low: Gear Up In Style For The Trails And The Streets

The official release date and pricing for the GR10K x Salomon Quest Low are yet to be announced, but pairs are supposedly hitting some retailers now.