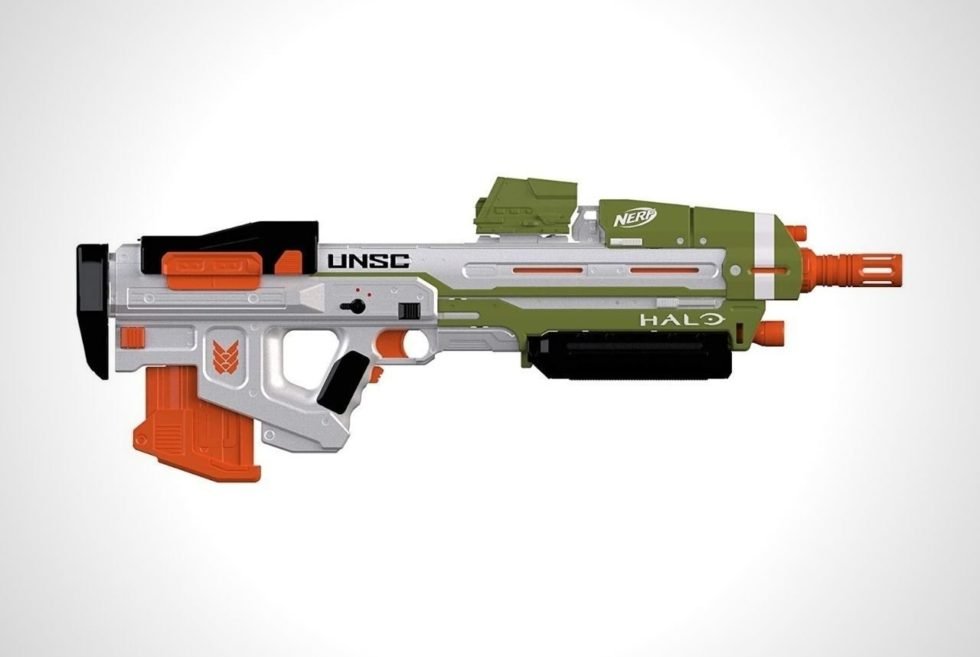 Get your game face on and your tactile muscles ready with the Nerf Halo Infinite MA40. This is the ultimate toy for kids and adults alike.

Inspired by the MA40 assault rifle in Halo Infinite, this Nerf gun embodies the look of the blaster from the video game franchise. It is close to the actual rifle in the game but comes with the option to paint the exterior if you so wish. It boasts motorized dart blasting so the game never stops until you say so. A simple hold down of the acceleration button powers up the motor that lets you start firing the trigger.

The NERF Halo Infinite MA40 comes equipped with a 10-dart clip and 10 official Nerf Elite foam darts. That’s 10 darts in a row for you to go against the alien alliance. The darts have passed tests and approved for their performance and quality.

Likewise, this toy gun has a rail riser for your Nerf gear and other accessories. The rail riser attaches to the blaster’s tactical rail so you can customize or mount your Nerf’s gear and accessories. It also has an ammo counter.

In the purchased package, the NERF Halo Infinite MA40 comes with a game card that gives you an unlock code so you can access digital assets in the Halo game. It comes at a portable size that doesn’t pose a problem during gameplay. It measures 3 x 32 x 11 inches and weighs 3.64 pounds. It needs 4 C batteries to operate or run the motor. The batteries do not come with the gun.

The Searcher offers great value with this exclusive four-piece EDC gear bundle presented in a classy black and brass motif.

Ditch The Ice With The Innovative Dometic CFX3 55IM Cooler

The Dometic CFX3 55IM Cooler runs on a compressor and is Bluetooth and WiFi ready, has interior LED lights and a touch control system.