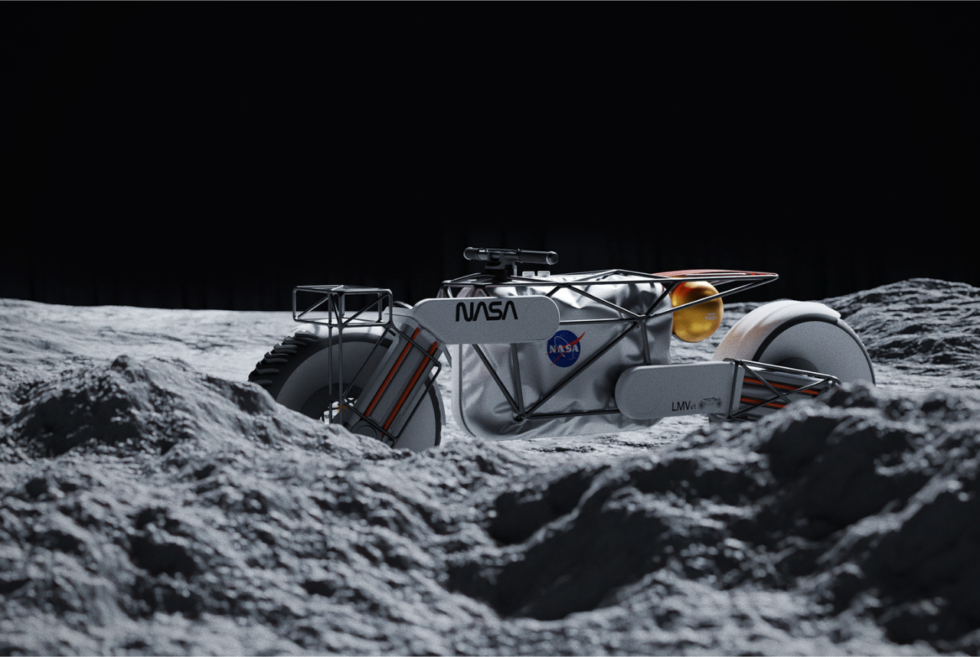 With the growing interest surrounding the National Aeronautics and Space Administration’s upcoming Artemis mission, people are eagerly anticipating new tech. Thankfully, the U.S. space agency has no plans to disappoint its avid followers. The latest to make its way into the spotlight is a mobility platform for its astronauts. To our surprise, someone is bold enough to break beyond conventional ideas and give us the NASA Motorcycle. It might be ridiculous for some, but we think it’s cool.

Due to the weaker gravity on the lunar surface, walking is not really an option for astronauts. As funny as it might look, most opt to hop around like rabbits instead. We have yet to see a redesigned space suit that manages to reduce the bulk of its predecessor and offer a better range of motion. As such, motorized transport is the way to go if we plan to build a colony on the moon in the future.

Andrew Fabishevskiy’s two-wheeled concept could be potentially groundbreaking. The NASA Motorcycle has enough room for up to two people. As long as their gear is not as chunky as the older ones, it’s possible. It sports a trellis frame which apparently holds the battery and other sensitive components.

Then there are racks on the rear and front for cargo or scientific equipment. It might be modular as well which would make it a versatile alternative for the mission’s crew members. The NASA Motorcycle will have two electric motors on each hub to move it along. Perhaps as the launch draws closer, we might see others like it. Overall, it does look like a lot of fun to drive over the uneven terrain up there.

check it out: here 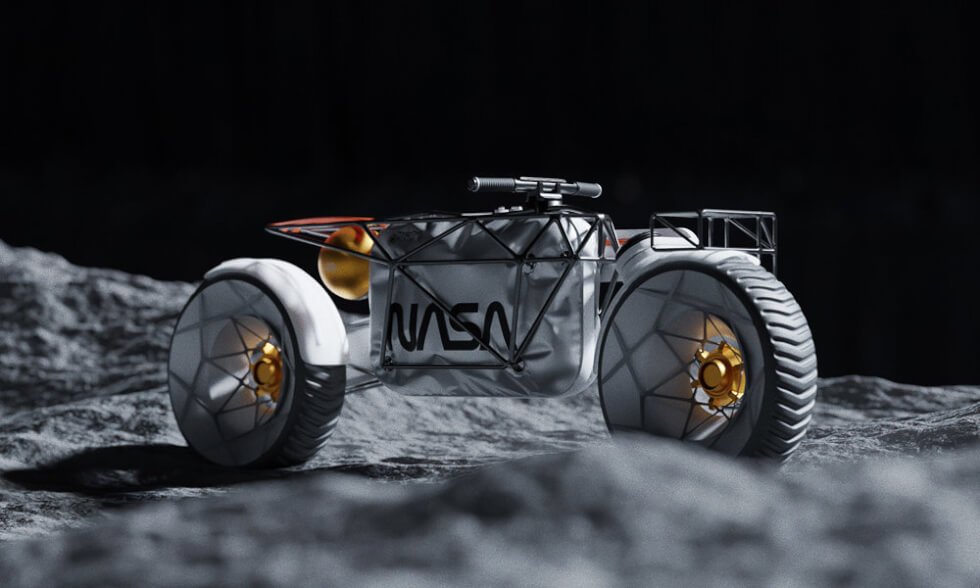 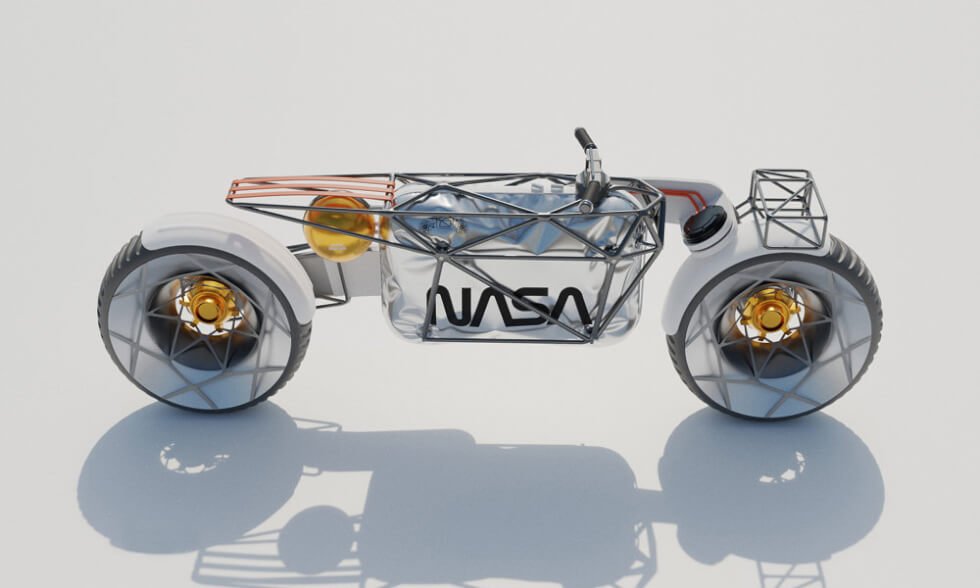 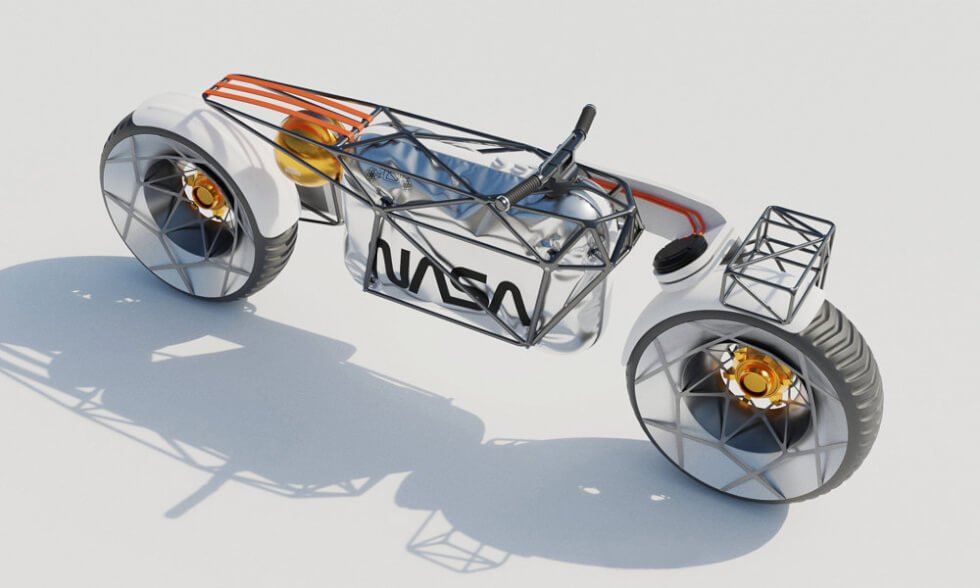 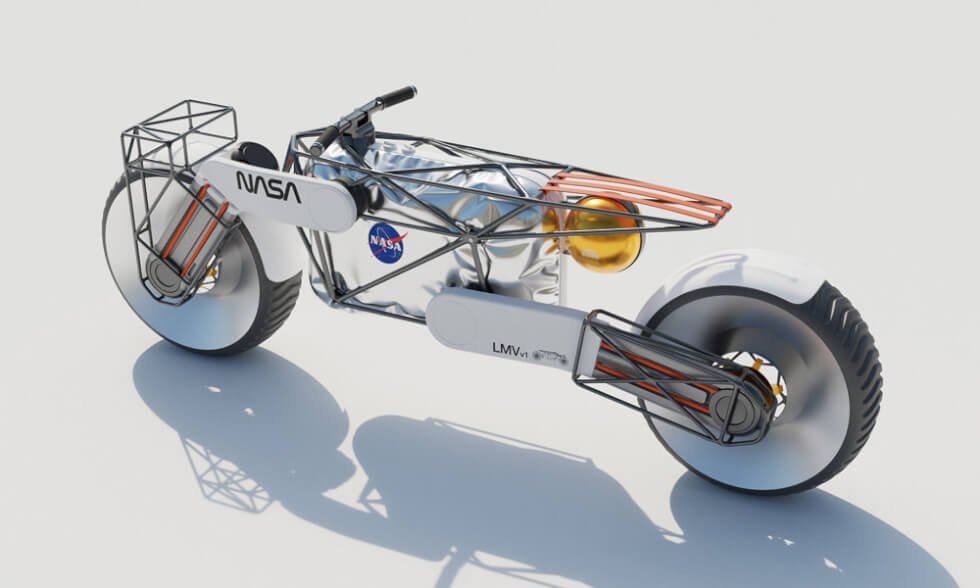 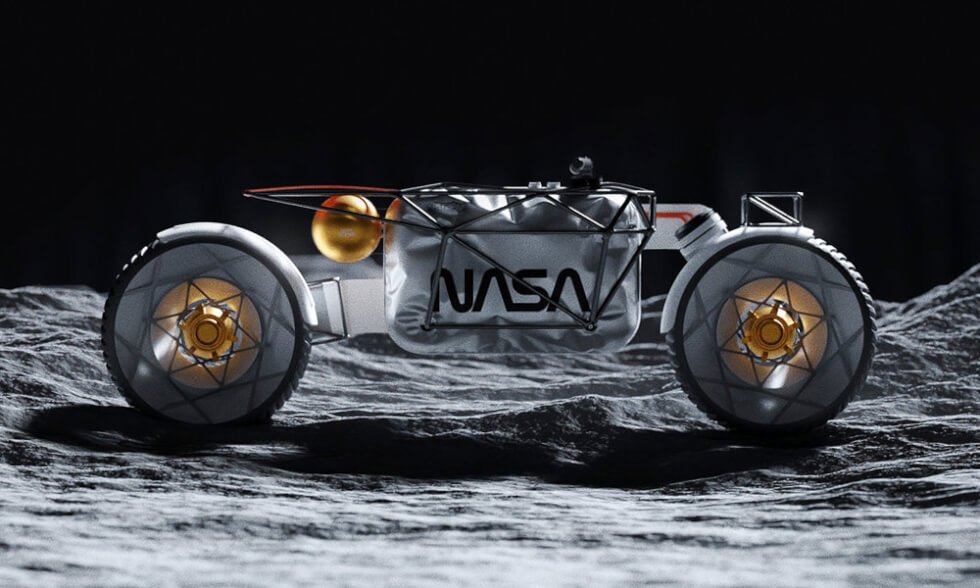