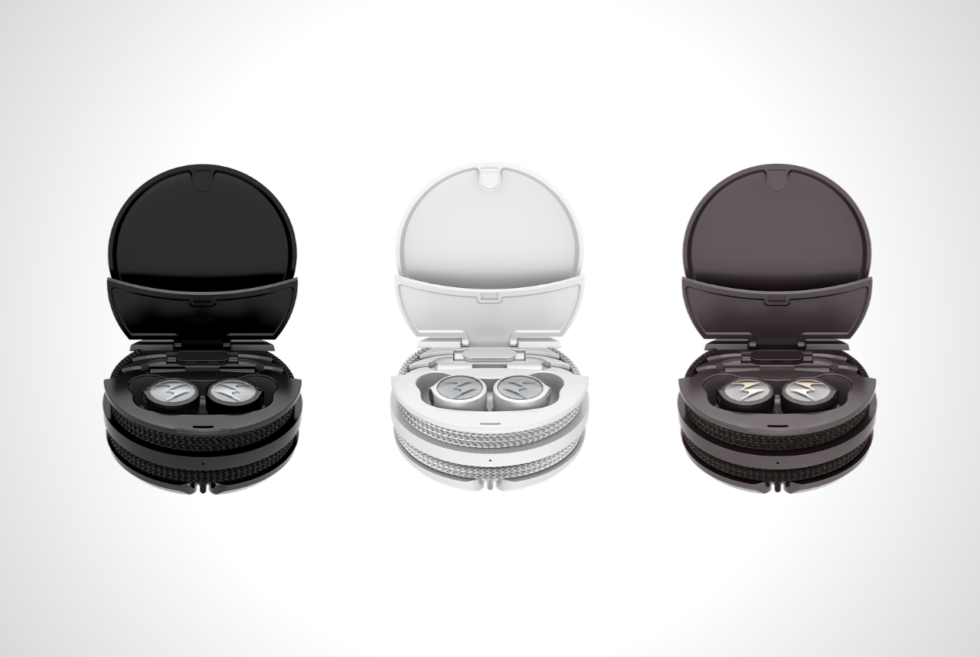 By now, almost all major smartphone manufacturers have likely added audio products into their growing catalogs. So far, Apple’s acquisition of Beats by Dr. Dre and its AirPods lineup are the at the top right now. Meanwhile, Samsung’s Buds series seem to be just as great by being compact yet delivering outstanding audio. With Motorola back in action thanks to its revamped RAZR it’s also now offering a true wireless (TWS) option for its users called the Tech3 earbuds.

At first, we thought it was just like another model currently out there until we learned about its 3-in-1 capabilities. The majority of true wireless earbuds available right now can only be used exactly like the name suggests, which is minus the cables. With the Tech3, on the other hand, owners can configure it in three ways: True wireless, Sport Loop, and direct plug-in.

The first allows you to enjoy a fully-wireless experience. For those who are not yet willing to commit to a cord-free setup, a detachable neckband is available. Finally, the Tech3 can turn into a traditional pair of wired earphones that connects via the 3.5 mm port of your device. This means continuous usage even when the earbuds are already out of juice.

With 7 hours of playback and an additional 11 hours from the accompanying charge case, the Tech3’s battery life should be more than enough to get you through the day. Motorola says it comes with IPX5 water resistance to ward off damage from moisture. We also like the cable management system n the charging case which also houses its accessories.