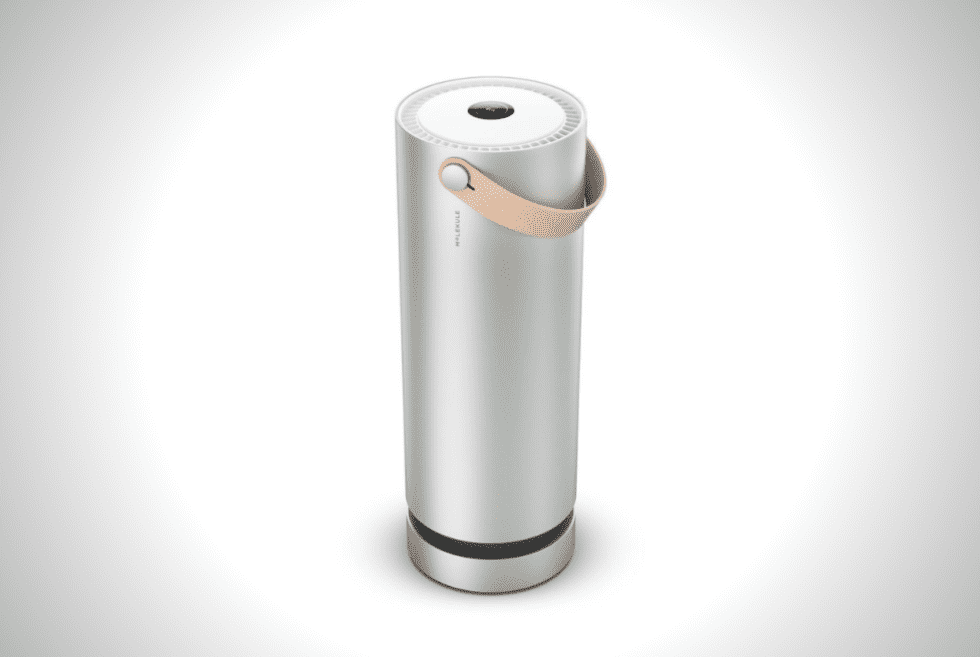 Generally, the majority of the population can go about their daily routine without any problems. However, if you’re part of the select few that suffer from allergies, then it most likely has a big impact on the quality of your life. If you’re one of the unfortunate few who struggles with all of the nasty after effects of an allergy attack, then the MoLEKULE air purifier might just be what you need.

Depending on how severe the reaction to the nasty issues of the day, individuals might have trouble completing tasks or functioning on a normal basis.

We’re pretty sure that most sufferers agree that the after effects are less than desirable. Everyone does not want to spend their time in a slump with a runny nose, itchy eyes, an irritated throat, and other unwanted symptoms.

Health experts suggest the use of HEPA filters to minimize the pollutants that cause an attack in the first place. However, extensive research shows that it might even contribute to the problem.

Tiny particles such as dust mites, pet dander, bacteria, mold, and others are essentially just trapped in between these filters. There is a possibility that the machine can just redistribute these pollutants as the air cycles throughout the room.

Moreover, there is a likelihood that the trapped bacteria and mold can multiply and circulate all over again.

Unlike the conventional HEPA filters used by households, the MoLEKULE air purifier apparently destroys these instead. Using advanced nanotechnology and as the name suggests, this air purifier obliterates these unwanted pollutants at the molecular level.

So, How Does It Work? 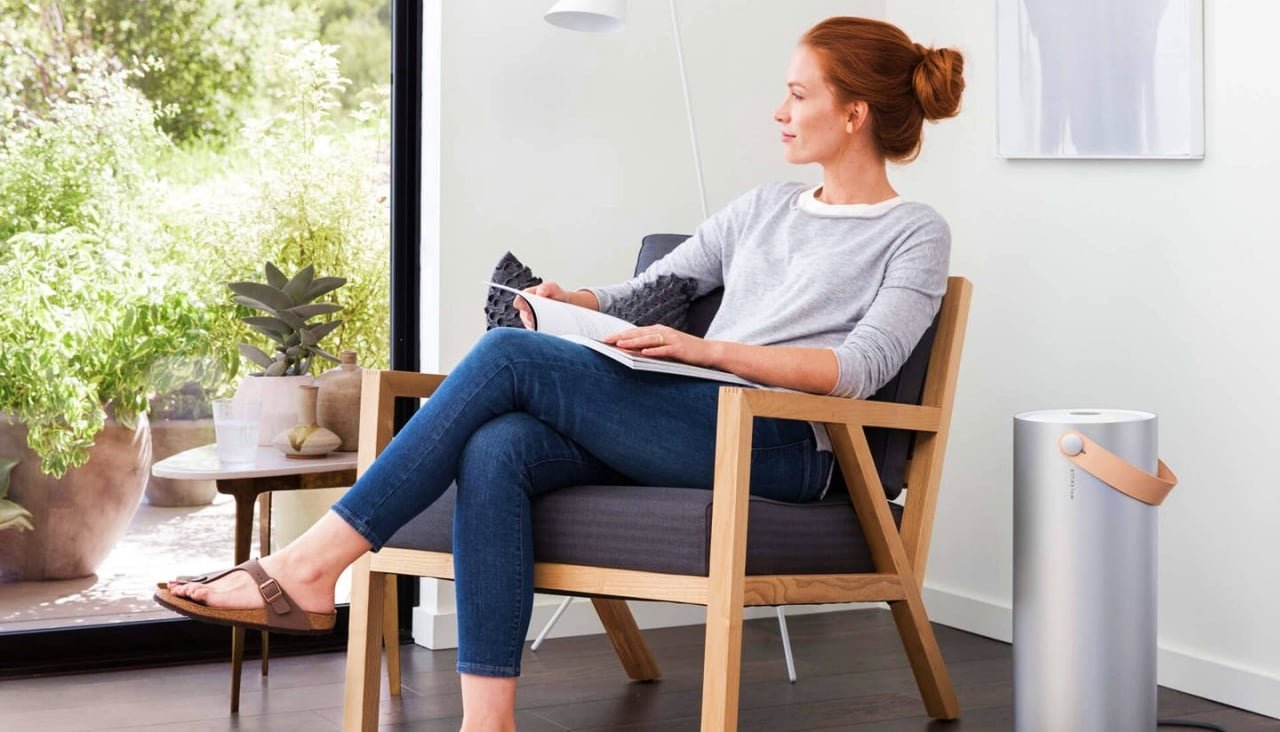 According to the official product page, the device claims to stand out from conventional air purifiers through a unique patented system. The company calls is PECO, which stands for Photo Electrochemical Oxidation. Unlike regular HEPA filters that are designed to trap minute particles in the air.

The futuristic tech inside the MoLEKULE air purifier breaks down these air pollutants into something harmless.

It took a team of researchers an estimated two decades to develop the remarkable technology that sits within each device. The company describes it as something similar to how medical experts target cancer cells. It apparently relies on free radicals to encourage oxidization, which eliminates airborne pollutants.

Compared to HEPA filters, it can target particles that are 0.1 nanometers over the 300 nanometers, which is about a thousand times smaller than what the former can handle.

The process starts off with the 360-degree intake that sucks in the air into the machine. It then passes through a pre-filter that captures dander, dust, pollen, and other bigger particles. This leaves the remaining volatile organic compounds.

The air then goes through the nanoparticle-coated filter wherein the MoLEKULE air purifier and its innovative PECO system break everything down on a molecular level. So, what comes out on top is pure air that circulates throughout your living space. 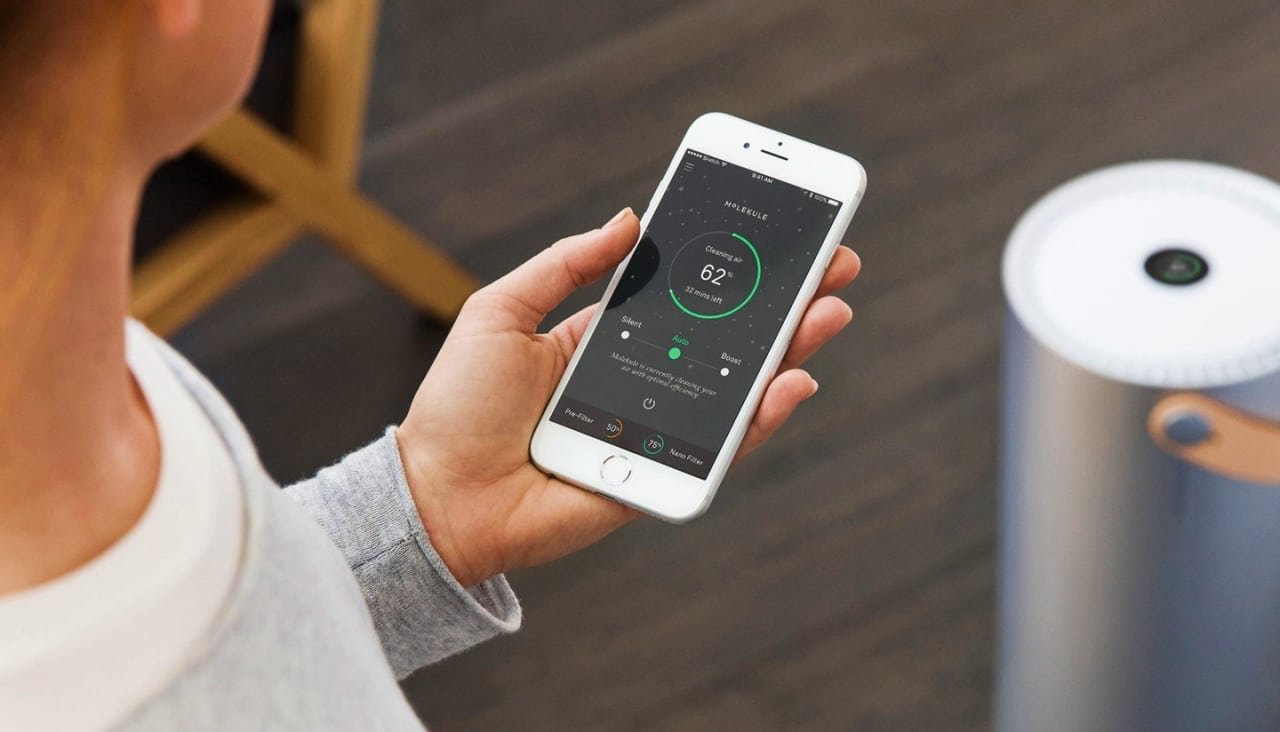 To back up its claim, the manufacturer enlisted the help of third-party experts to properly test the product. The results show that the device is capable of removing all potential pollutants within a given area.

Moreover, a trial was performed with the participation of 28 individuals who are prone to allergies and asthma attacks. The outcome was reportedly very promising, potentially improving the quality of life of these individuals.

One MoLEKULE air purifier can reportedly filter a 600 square foot room once every hour. It operates quietly and on its Turbo setting, manages to output around 55 dBa of noise, which is as loud as a normal conversation.

There a total of three settings: Silent, Turbo Boost, and Auto. 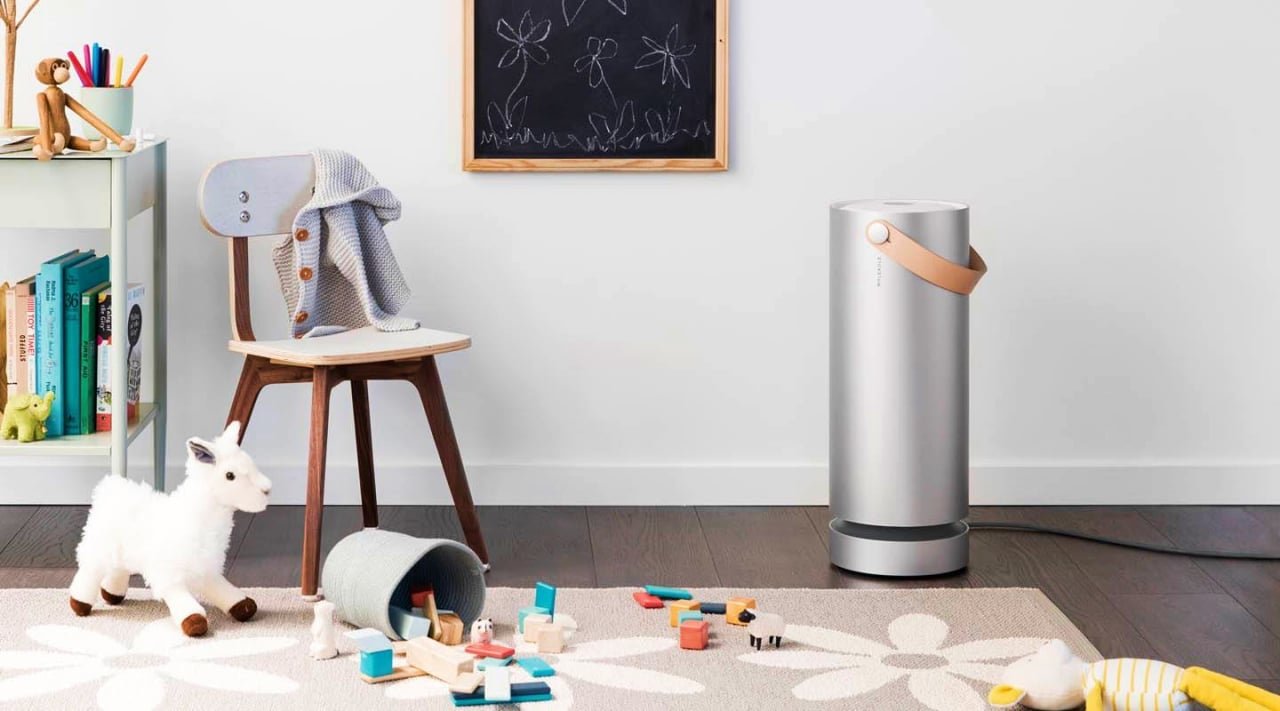 Given the above-mentioned information about the MoLEKULE air purifier, it already seems to be a worthwhile gadget to have in your home. However, it should be noted that its appearance is equally impressive. Majority of products in the same category often sport serviceable designs.

Sometimes, these items are visibly unattractive and stick out like a sore thumb in an otherwise pristine area.

You’ll be glad to know that this one is one stylish piece of technology. It measures 23 inches with a diameter of 8.25 inches. The whole thing clocks in at 18 pounds and can be easily transported around thanks to its leather handle. It touts a premium look with its machined aluminum body alongside a brushed texture finish.

The cherry on top both figuratively and literally is its touchscreen display that controls its operation. For added convenience, the intuitive interface can be controlled wirelessly using the companion app available on both iOS and Android. 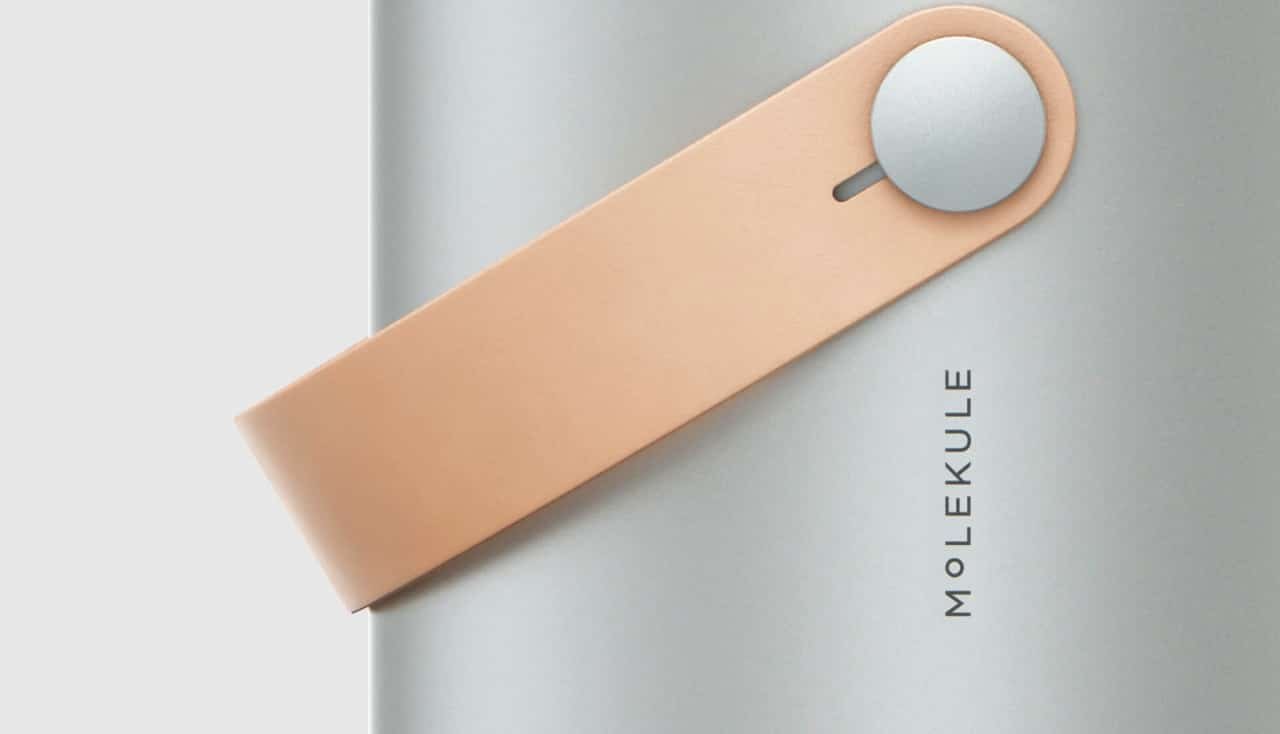 The price might be a determining factor to figure out if the machine is worth your purchase. Top-shelf HEPA technology air purifiers cost anywhere between $100 and $200.

Additionally, the pre-filters, as well as the PECO filter, need to be replaced every 3 and six months respectively. The company provides a set of these after the initial purchase. The second set will be shipped to the consumer before the system needs replacement.

After the first year, owners can order each filter separately or grab a yearly plan to keep their air purifier working as intended. Replacing them is designed to be a foolproof process. Users just need to twist the device open, change the filters, and twist toward the opposite direction to close.

A yearly subscription service costs $129 and is evidently a little steep in our opinion. Overall, the price is understandably prohibitive for a lot of consumers, but its promise of next-generation purification functions is an attractive option for those who want relief from allergies and more.

The company reveals that its engineers continue to research new ways to improve its filters. Therefore, owners can look forward to the most modern technology in air purification with every replacement package they receive.

For those who are still on the fence regarding the MoLEKULE air purifier, it is apparent that the majority of user feedback sounds positive. The high-end price point is clearly its biggest downside, but its reported benefits seem like a worthwhile compromise.

For people who are ready to improve their quality of life minus the allergies, this might be just what you need.