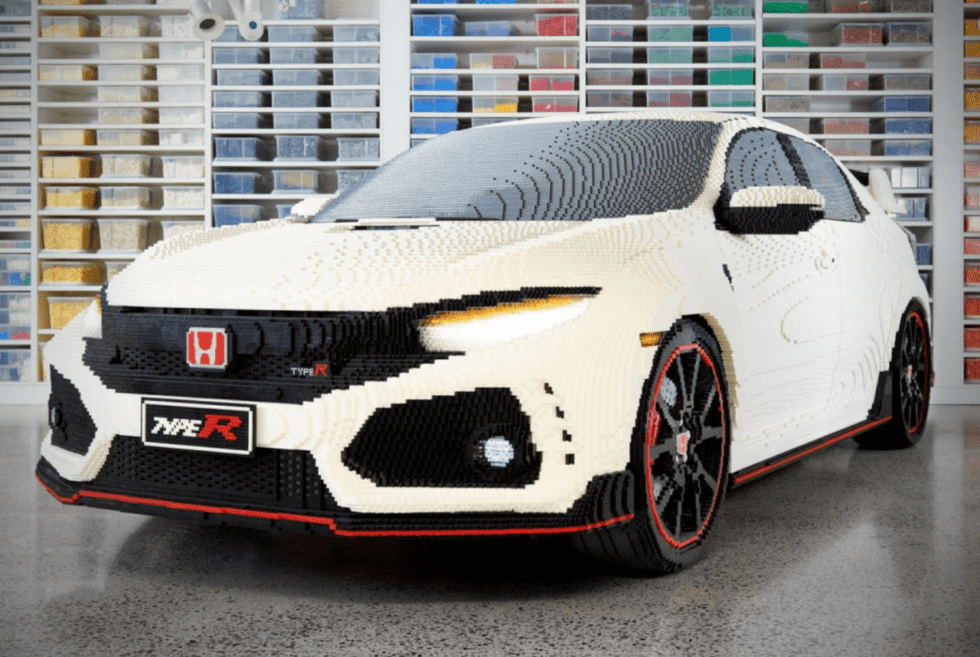 Some clever folks just LEGO-fied another vehicle, this time a Honda Civic Type R. The project comes from Honda Australia, featuring a full-size recreation of the ride in question.

Honda Australia built the model to promote the company’s sponsorship of the upcoming LEGO Masters tv show in that country. The model will roam across the country throughout 2019. Lego Certified Professional Ryan McNaught, who led the build of the Civic, is set to be one of the show’s judges.

It took a team of nine people a total of 1,300 hours to assemble this LEGO Honda Civic Type R. It consists of 320,000 bricks and pieces, with the team utilizing actual Honda CAD data and an actual unit to kickstart the design process. There’s a steel structure underpinning the entire structure so it’s pretty sturdy. But everything else are LEGO pieces.

An iPad controls all of the car’s functions, including exterior lights that actually work. Among the hardest LEGO parts to render were the windshield wiper arms and tall rear wing, according to Honda. The latter required an independent structure just to support itself.

This is not the only LEGO-fied vehicle we’ve written about recently, of course. There’s also the gorgeous and massively complex LEGO McLaren Senna, which took builders 2,725 hours to create. That structure consists of 467,854 bricks, more than on this build. Bugatti also made a real-life LEGO replica of the Chiron a while back. It’s equally impressive. Nonsensical and frivolous, but awe-striking nonetheless. Hit the link below to see more of the LEGO-fied Civic.