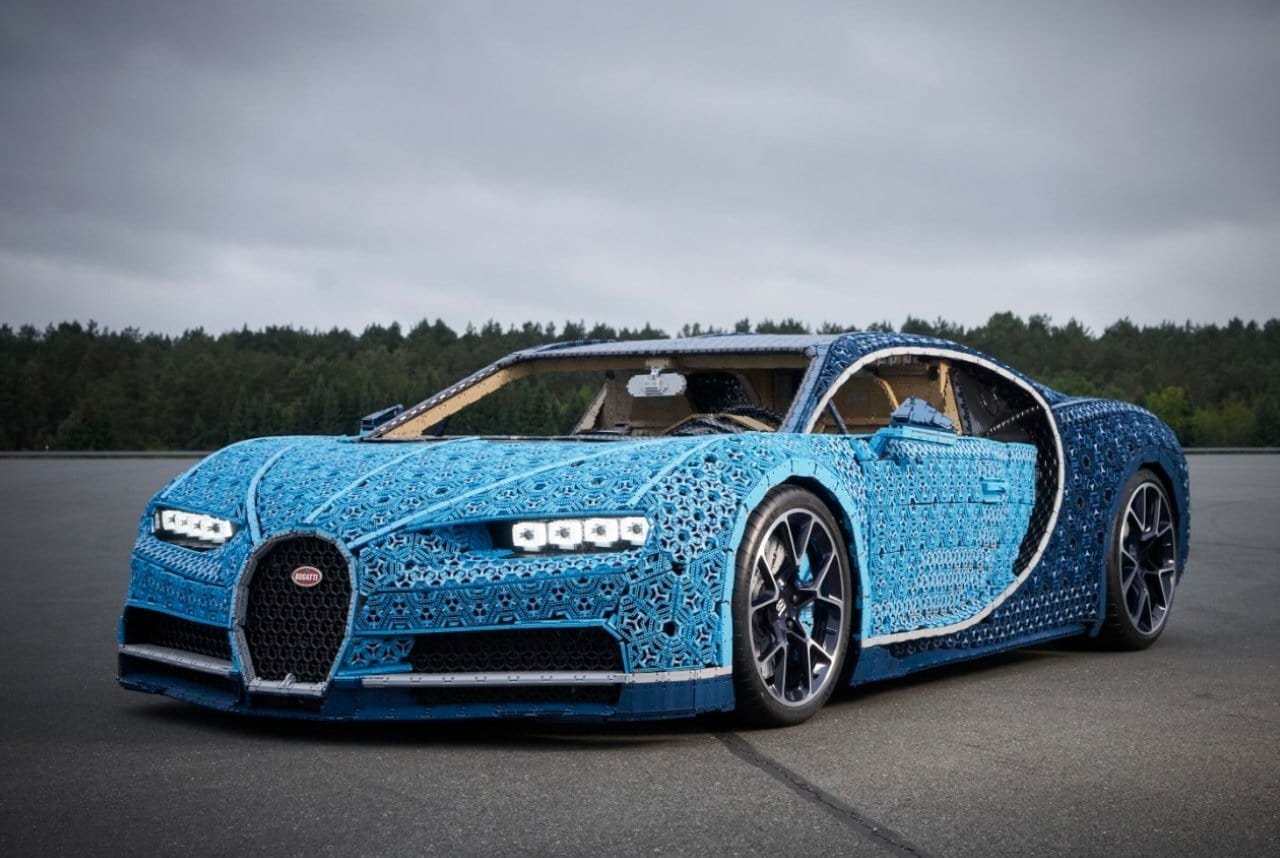 Bugatti Chiron Made Of LEGOs

The toy brick company built a life-sized working replica of a Bugatti Chiron (standard price $2.6 million). The LEGO Bugatti Chiron, while functional, boasts some pretty ridiculous specs. Like its LEGO-made motor, which generates only 5.3 horsepower. Or its top speed of 12mph (theoretical top speed is at 18mph). Or even its total weight, which maxes at 3,000 pounds compared to the standard Chiron’s kerb weight of 4,000 pounds.

The car took more or less six months to complete. However, unlike the real Chiron, which only has 1,800 pieces, the LEGO Chiron is comprised of 1 million Lego Technic pieces. We’re talking 2,304 Power Function motors, 4,032 gear wheels, and 2,016 axles.

In case you’re wondering, yes, everything is made of LEGO. From the speedometer to the active rear spoiler to the doors to the headlights to the taillights to the steering wheel. Amazingly, they all work. LEGO and Bugatti did not use a single drop of glue to connect all the parts; it’s all just a matter of incredibly detailed construction.

The LEGO Chiron is a super complex DIY project, and it showcases the versatility of LEGO’s Technic series of building blocks and motors. There’s a steel tube-frame chassis for the base support, cradling the body and serving as mounting points for the motors, wheels, and the functional steering system.

And ff you’d like a smaller version of this car, LEGO is selling one on its online store. 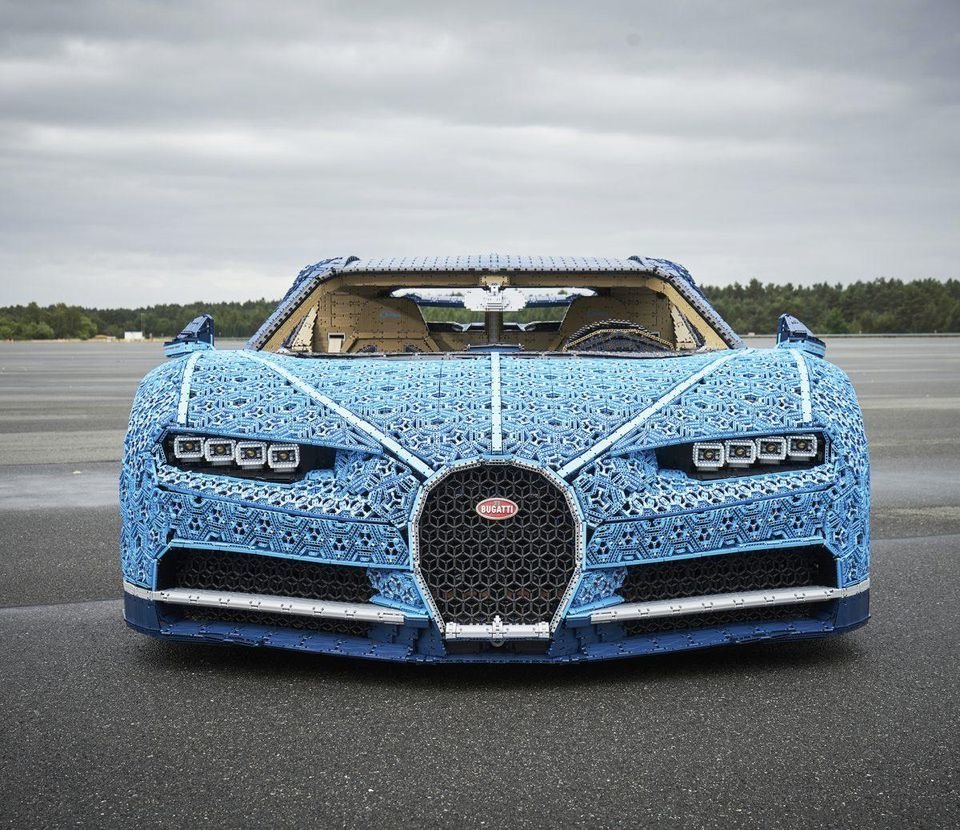 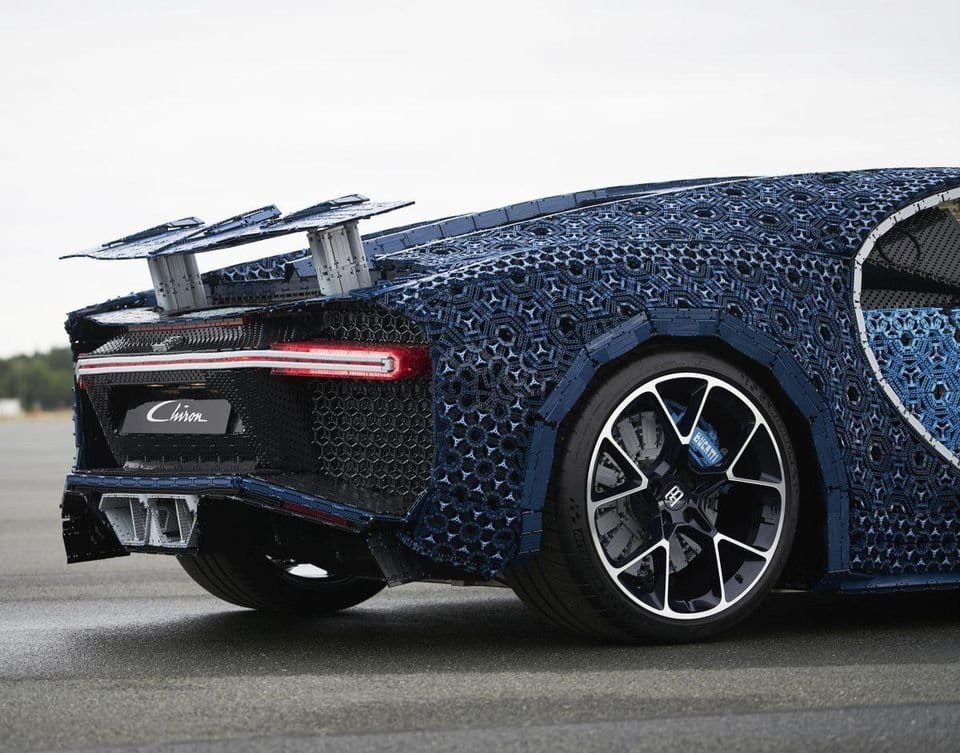 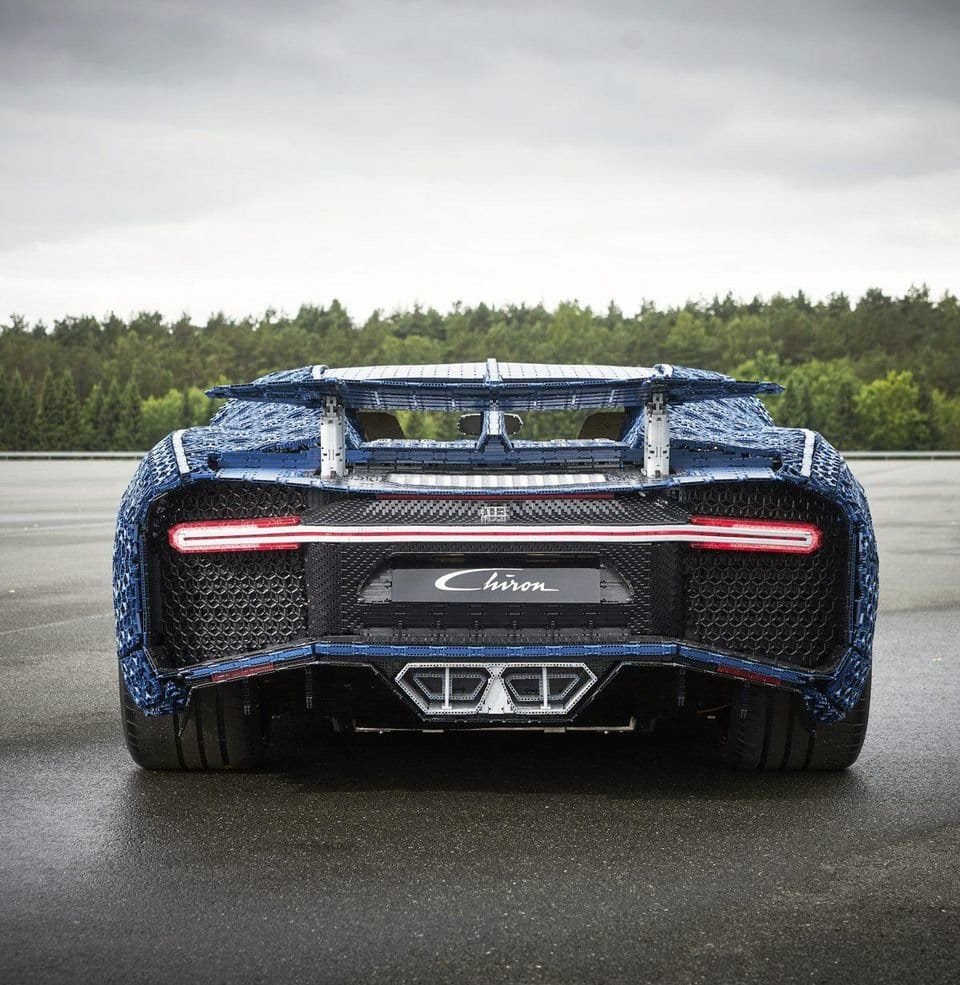 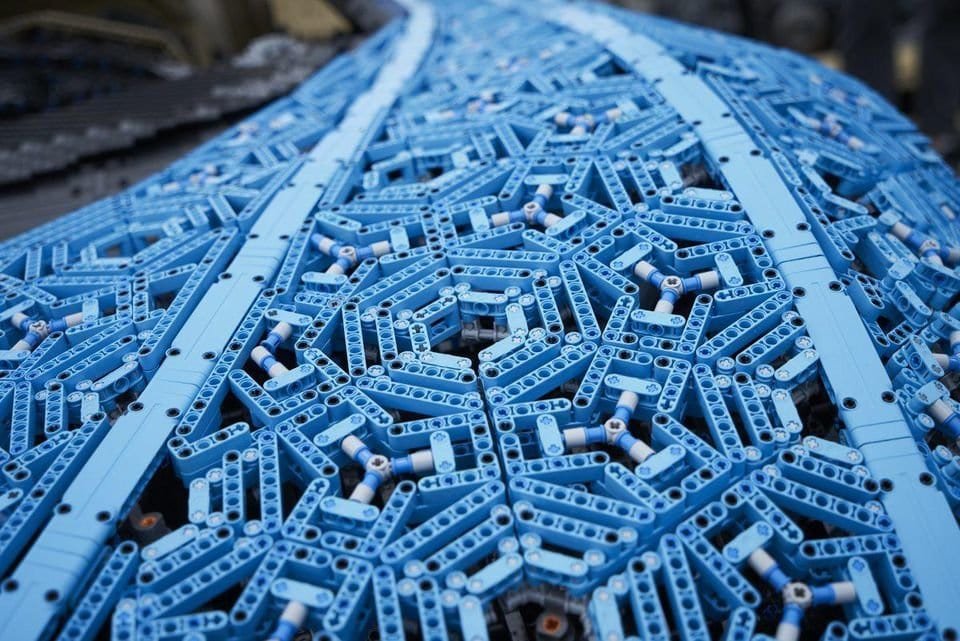 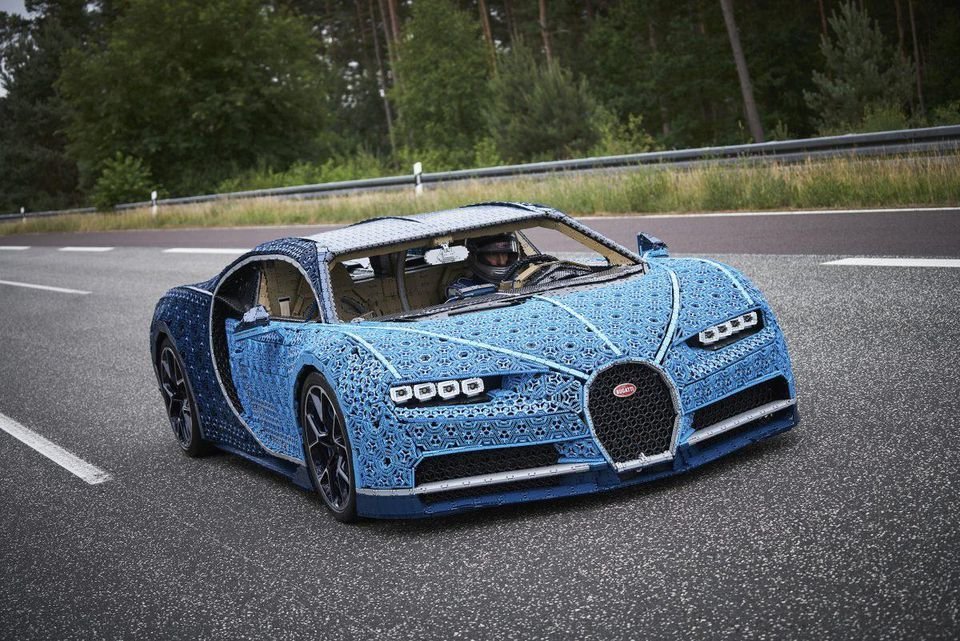 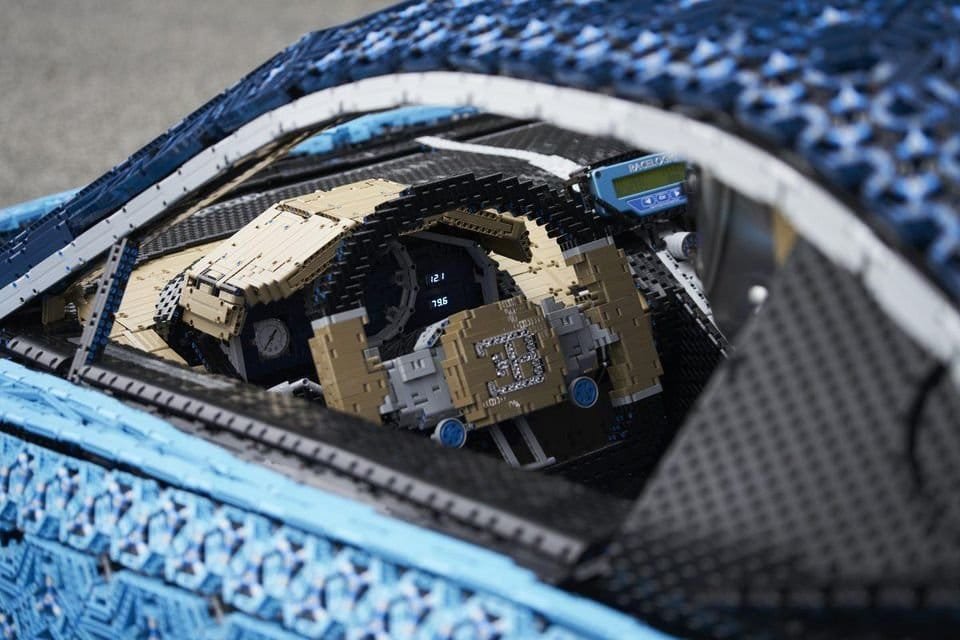