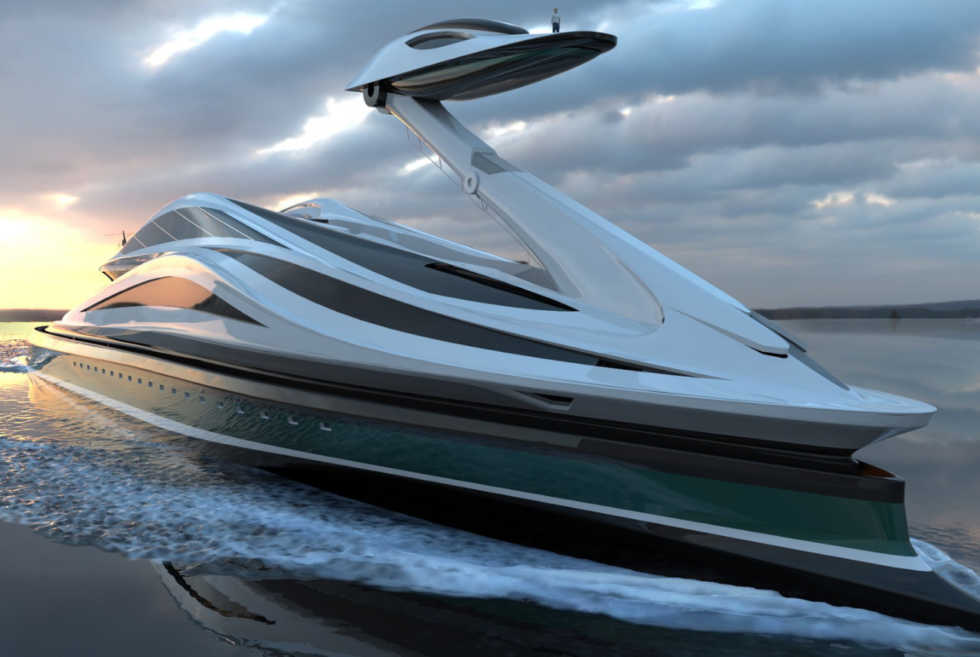 Just when we thought we’ve seen every conceivable luxury ship concept but then floats along the Avanguardia. Yes, your eyes are just fine and it is indeed a yacht in the shape of a what many consider a graceful waterfowl. The folks from Lazzarini Design Studio are responsible for its striking appearance. Evidently drawing inspiration from a swan, this 450-foot vessel is packing some unique features we won’t be seeing from other shipbuilders anytime soon.

Lazzarini Design Studio perfectly captures the essence and magnificence of the creature from all angles. The name Avanguardia means vanguard in English and alludes to the position of its control tower. Meanwhile, sources claim the team credits a 1970s Japanese manga for the idea but did not disclose any details. Being fans of anime and mange ourselves, Science Ninja Team Gatchaman is probably our best guess.

What looks like the head is actually something extraordinary. You see, when the superyacht is in motion, it can fold down to improve its aerodynamics. Furthermore, then neck can even lower the aforementioned section onto the water below. This turns it into an auxiliary 52-foot tender, while the top end of the tower becomes the main control tower.

There are a total of five decks with enough room for up to 60 passengers. Lazzarini Design Studio also includes two jet capsules which can become modular propulsion modules for the Avanguardia. Meanwhile, it primarily draws upon two fully electric engines on top of a central MTU Rolls-Royce power plant. This allows the watercraft to cruise along serenely or push along at 18 knots. Those who want the real thing should be ready to part with at least $500,000,000, which is a substantial fortune 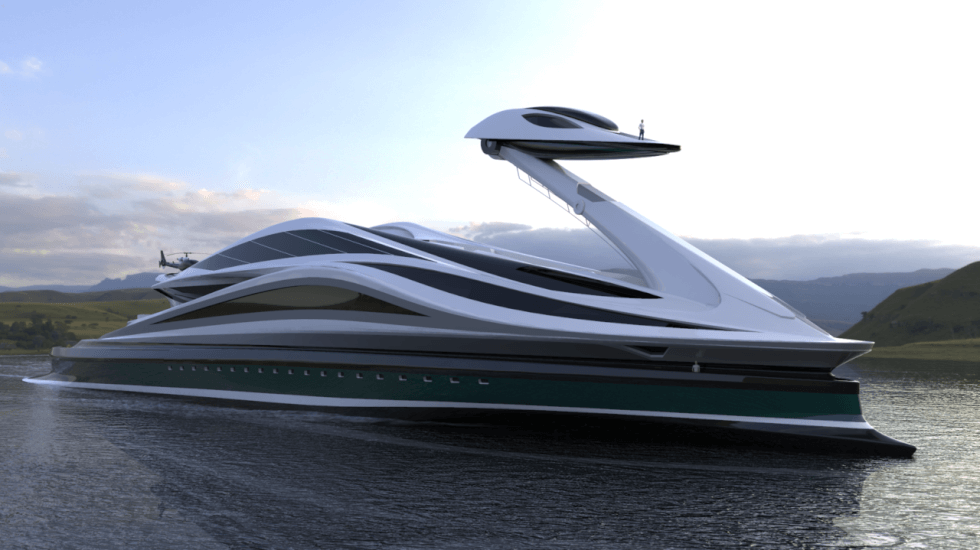 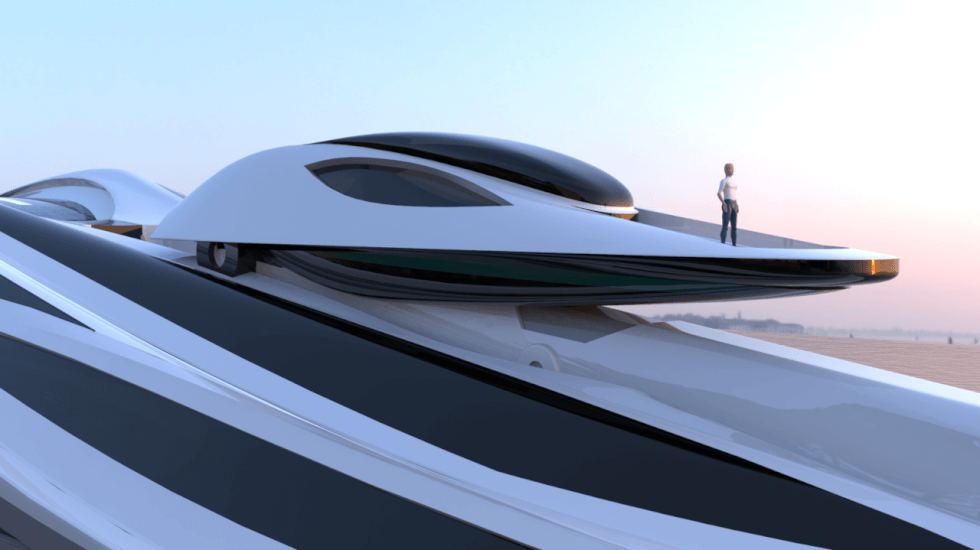 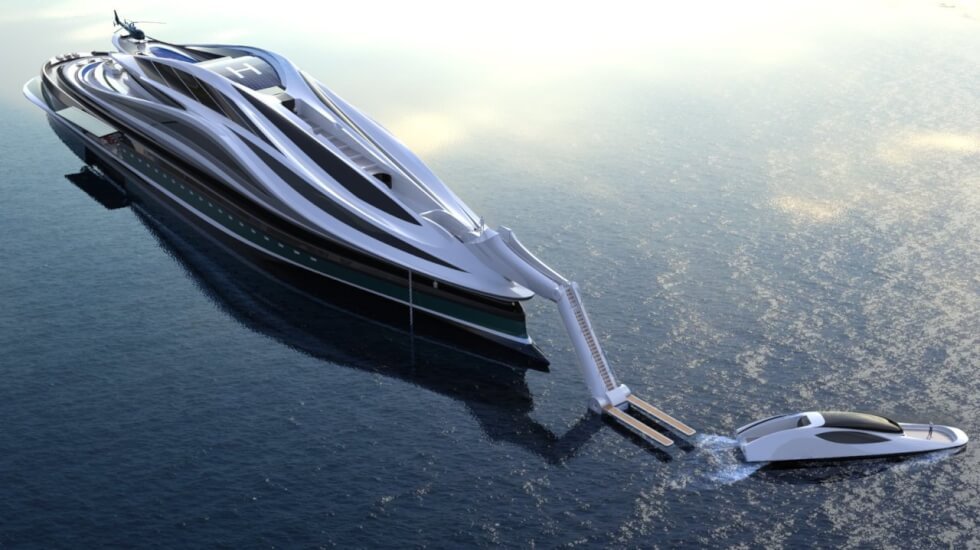 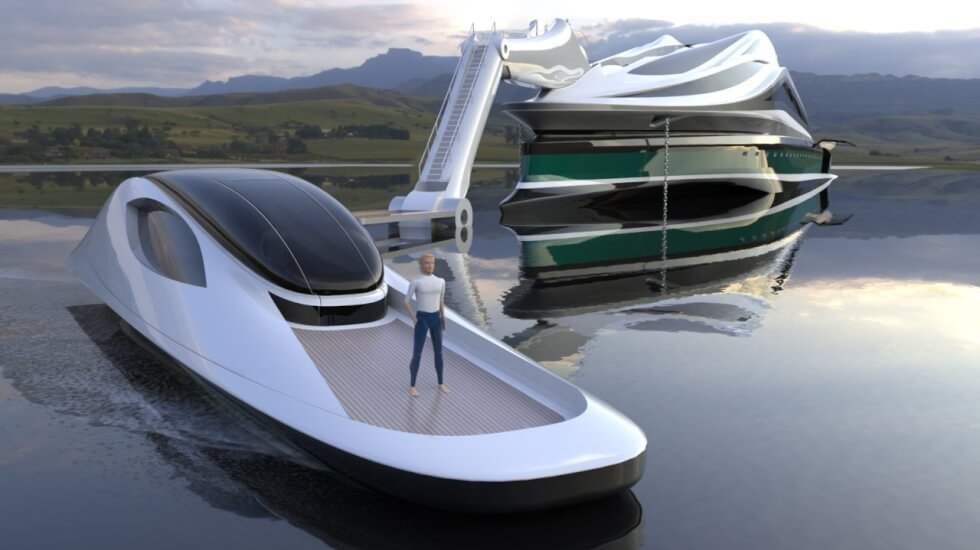 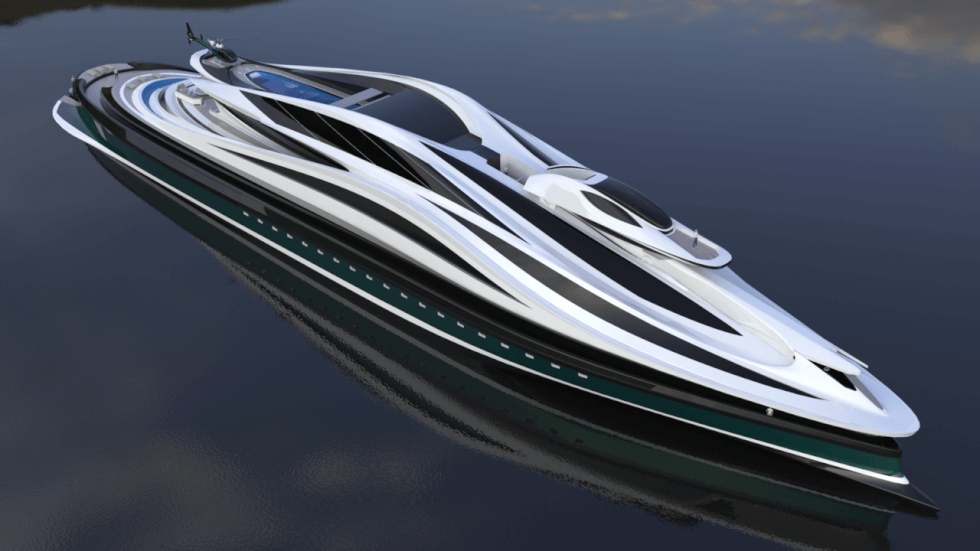 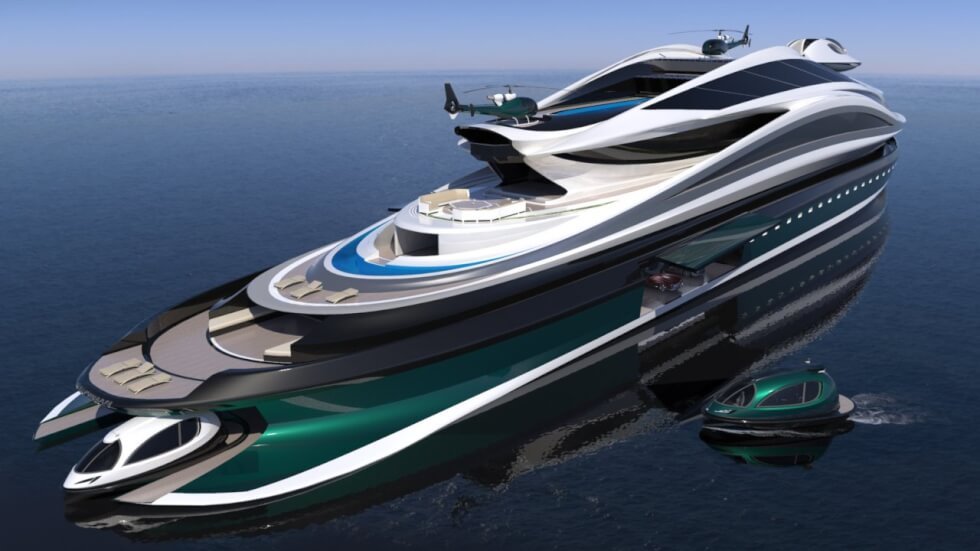 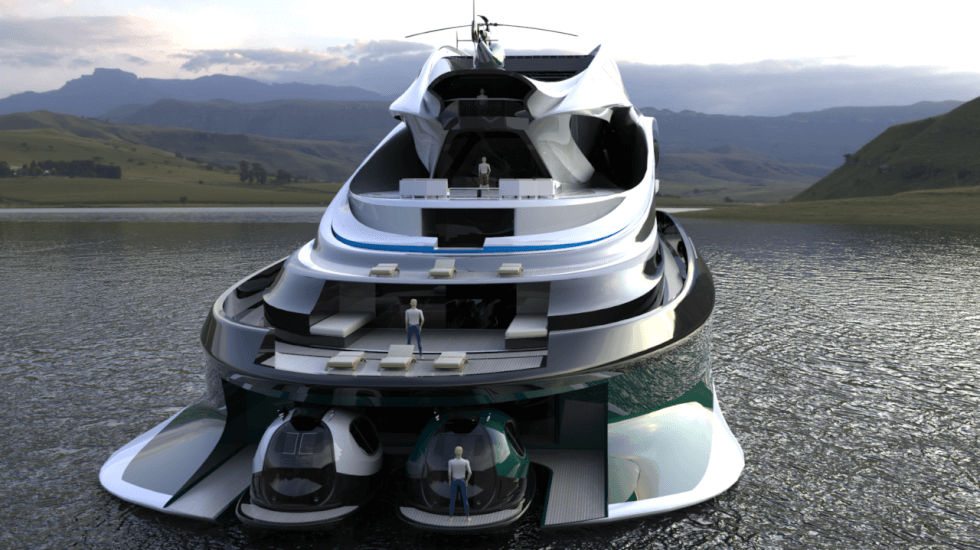 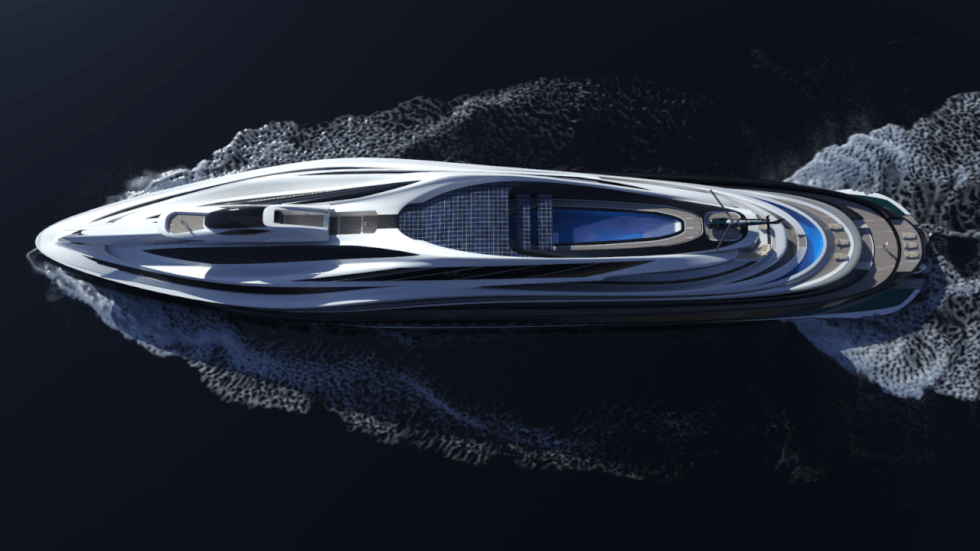 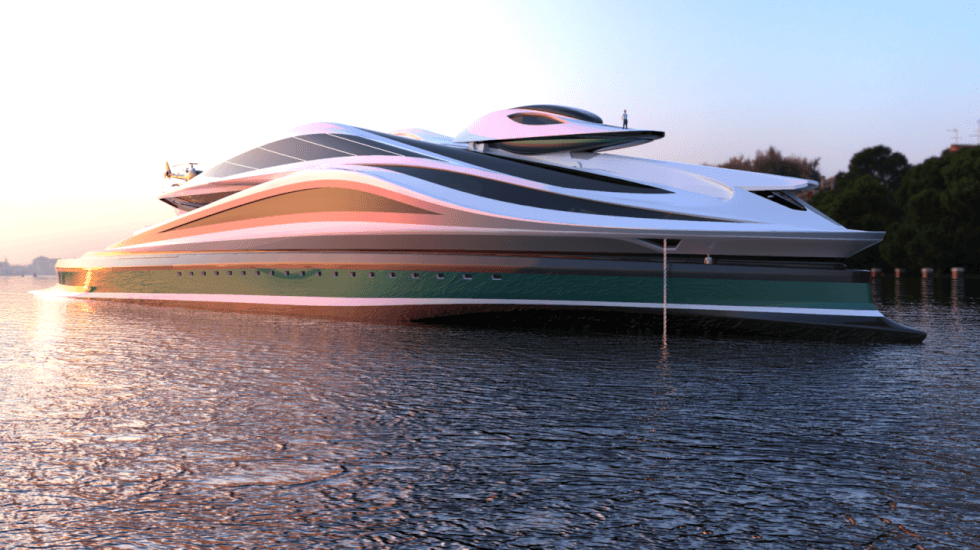 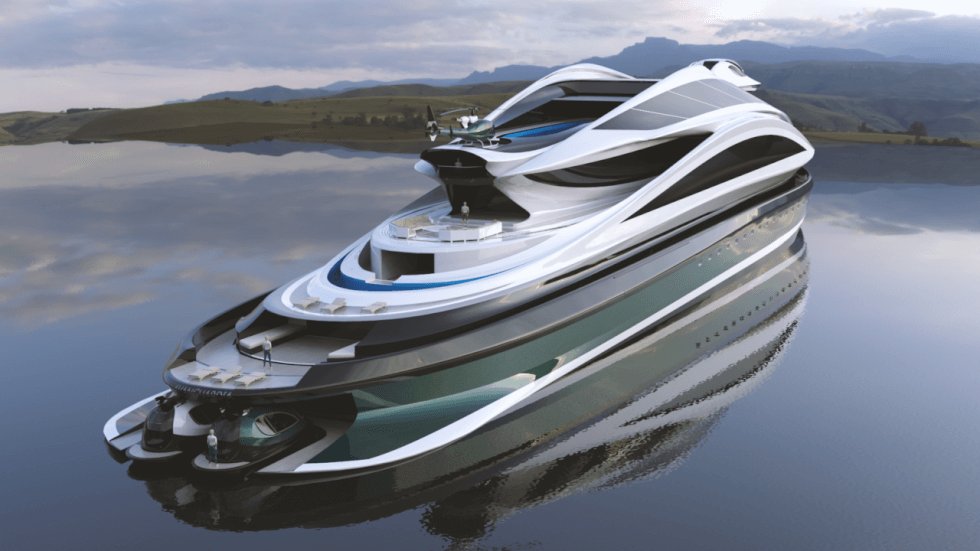 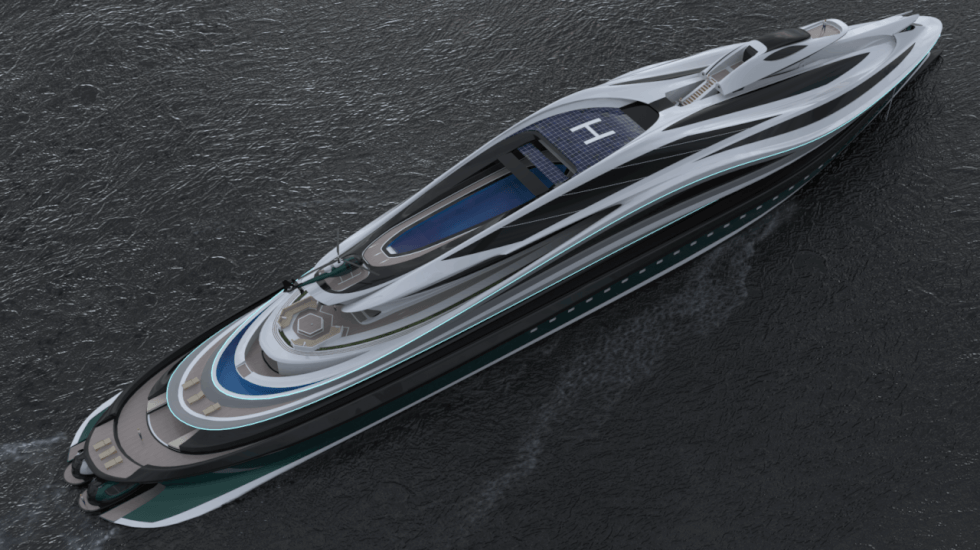