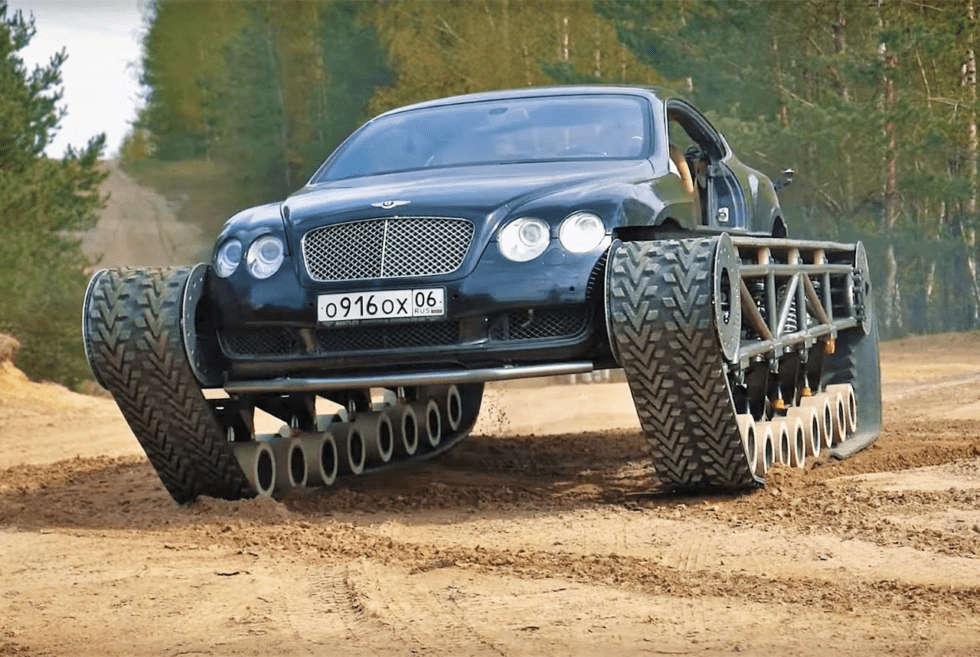 If you ask us to choose between a luxury car and tank, we gladly ditch luxury for the latter in a heartbeat. Meanwhile, it will be a big loss on our part to ignore the comfort and style of the former. It seems that we’re not the only ones facing the same dilemma as illustrated by one unique ride. A bunch of crazy Russians apparently think that the solution to the problem would be to create a one-of-a-kind hybrid. Thanks to their initiative the world now has its first ever Bentley Continental GT Ultratank.

To be honest, this mechanical beast is still a work in progress. However, seeing what it can do already gives us a preview of what’s to come. The Ultratank completely changes the game and allows its owners to take their Continental GT almost anywhere. In other words, this is one fearsome ride that you don’t want to bump into. Despite its current performance, the team reportedly encountered several problems along the way. For example, the tracks were constantly rolling off during hard cornering maneuvers.

In its current condition, the Bentley Continental GT Ultratank is not fitted with any braking mechanism. In order to slow down, the operator needs to perform a sawing motion with the steering wheel to reduce speed. Additionally, the vehicle does not have doors, so dust and debris floating inside the cabin is a problem. According to people handling the build, their goal is to reach speeds of up to 62 mph. As it stands right now, the powertrain can only push it up to 31 mph. We hope to see major progress on this project soon.