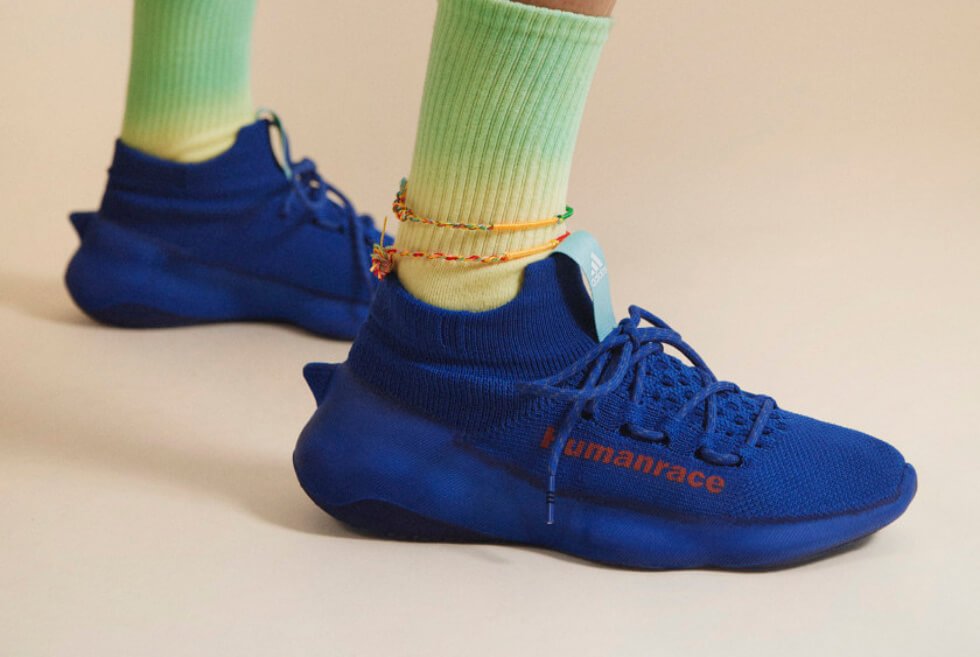 Comfort is undoubtedly what you look for when buying your apparel. It doesn’t matter if it’s for casual, formal, or athletic use. As long as it looks good, performs as advertised, and delivers outstanding ergonomics, people are going to buy it. To illustrate, we have the Adidas x Pharrell Williams Humanrace Sichona.

The musician and the German activewear company have been pumping out cool collaborations for a while no. Thus, we something new like the Humanrace Sichona drops, sneakerheads usually freak out. This new silhouette under the Adidas x Pharrell Williams line promises to deliver a feeling of freedom.

What makes that possible is the Futurenatural technology within the Royal Blue Primeknit upper. If you’ve tried one of Adidas’ kicks that uses the material, then you’ll know that it feels snug like sock. Moreover, just like the latter, it doesn’t impede the natural movement of your feet.

Royal Blue rope laces thread through knitted eyelets and stop just short of the knitted collar. An extra pair in yellow ships with it in the box. Then, you have a Clear Aqua tongue tag with the three stripe branding in white. The medial section of the Humanrace Sichona does not have any accents for a minimalist appeal.

Meanwhile, the lateral side of the midfoot section sports a Humanrace print in red. Just below the breathable upper is a Royal Blue polyurethane midsole which tapers into a dorsal fin type of element with the “Hu” badge on the heel.

Last, but not least, is the Royal Blue synthetic outsole with the Humanrace stamp. The Humanrace Sichona drops on August 27, 2021. It will retail for approximately $180 and is only available in a Royal Blue/Easy Coral/Clear Aqua colorway. 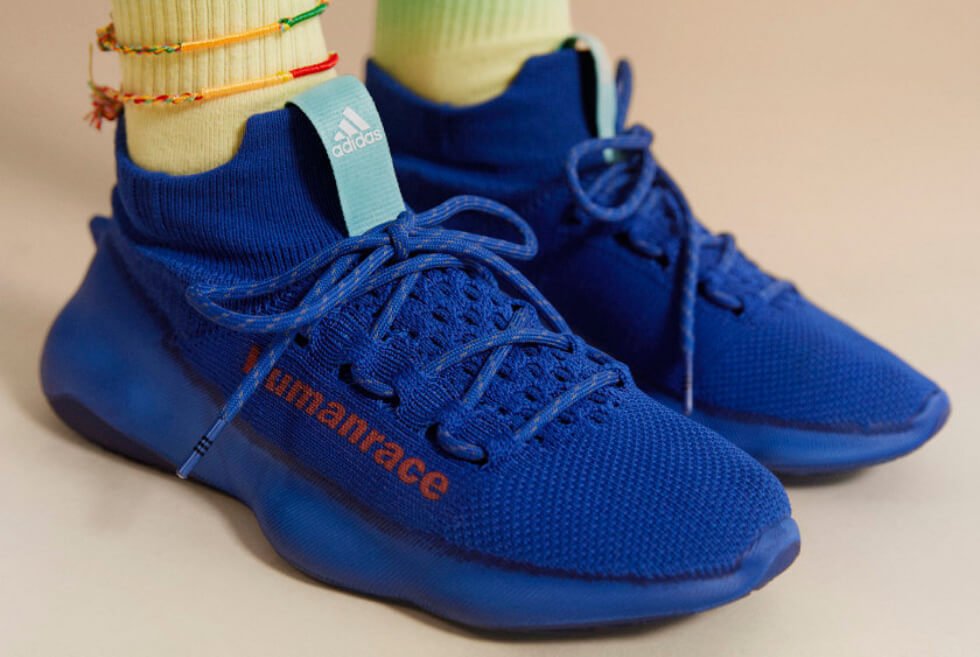 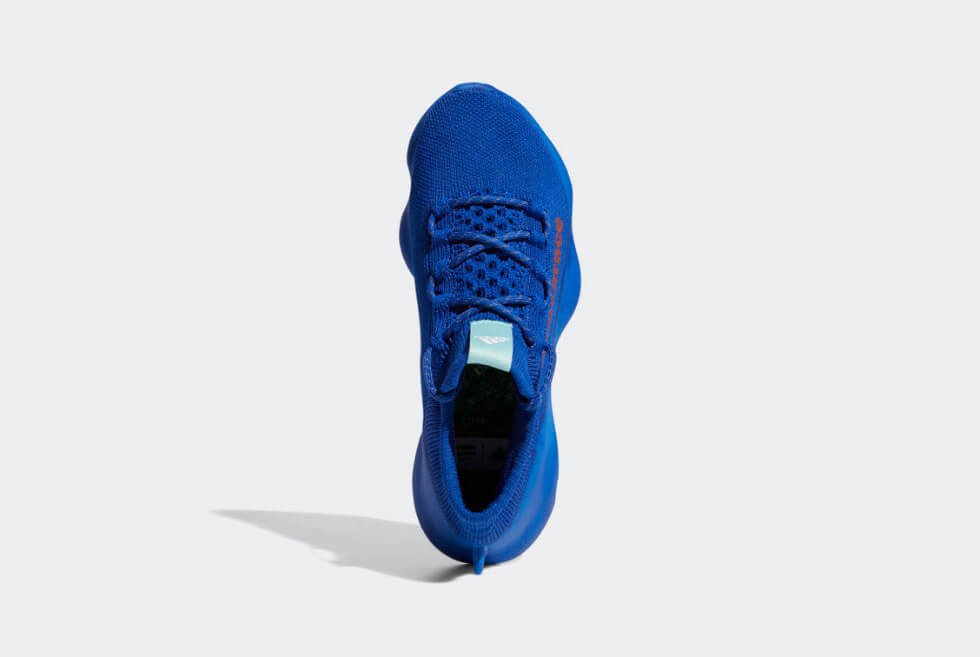 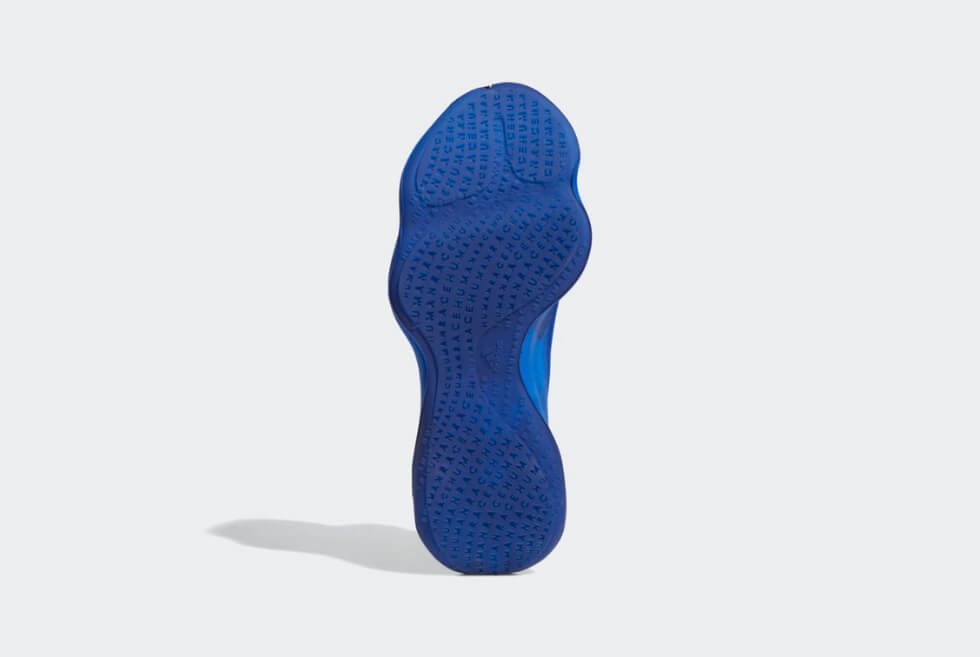 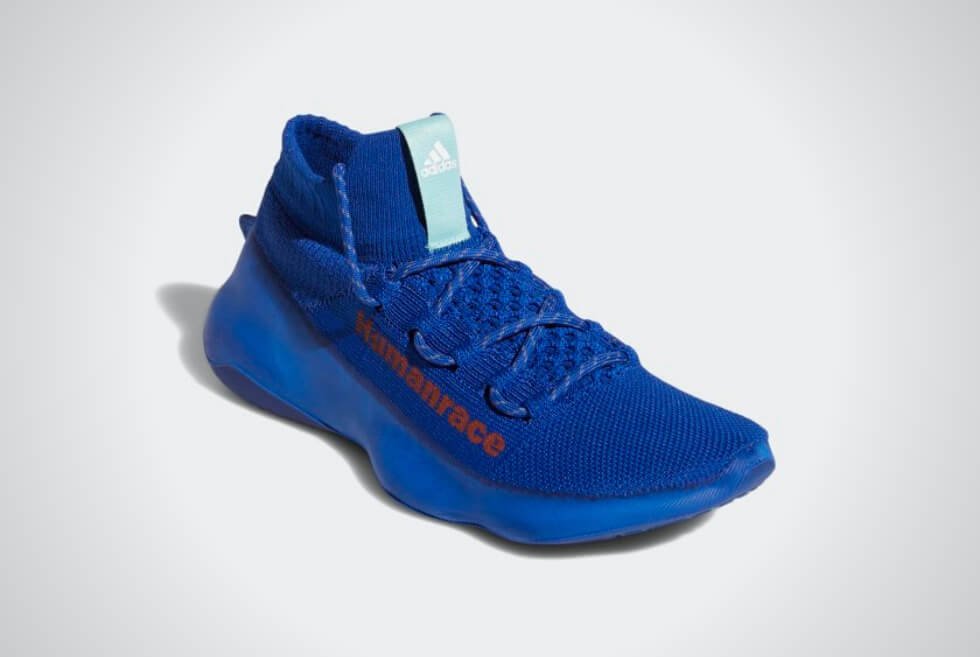 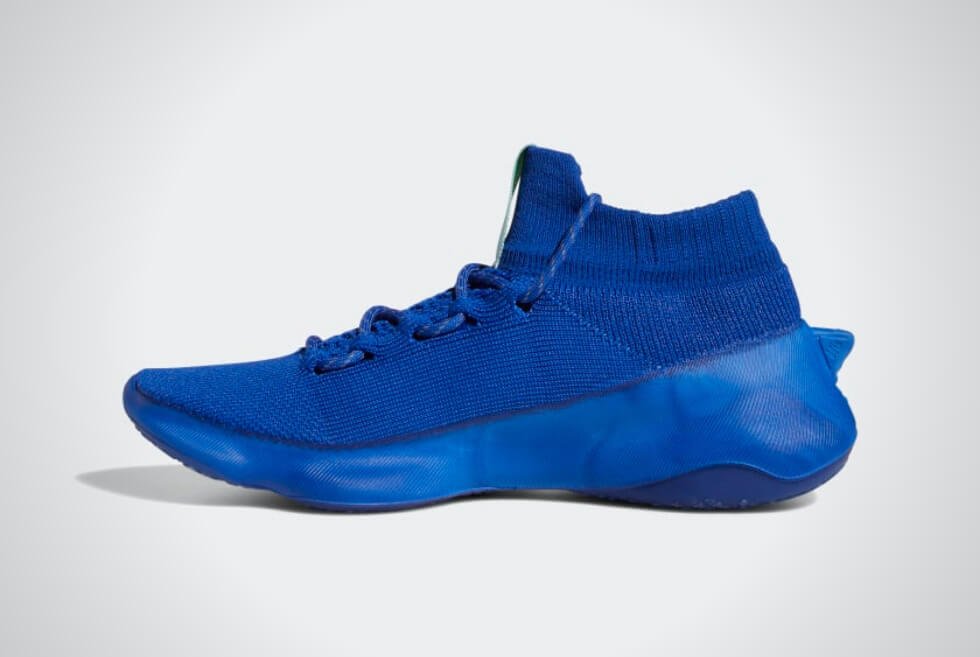 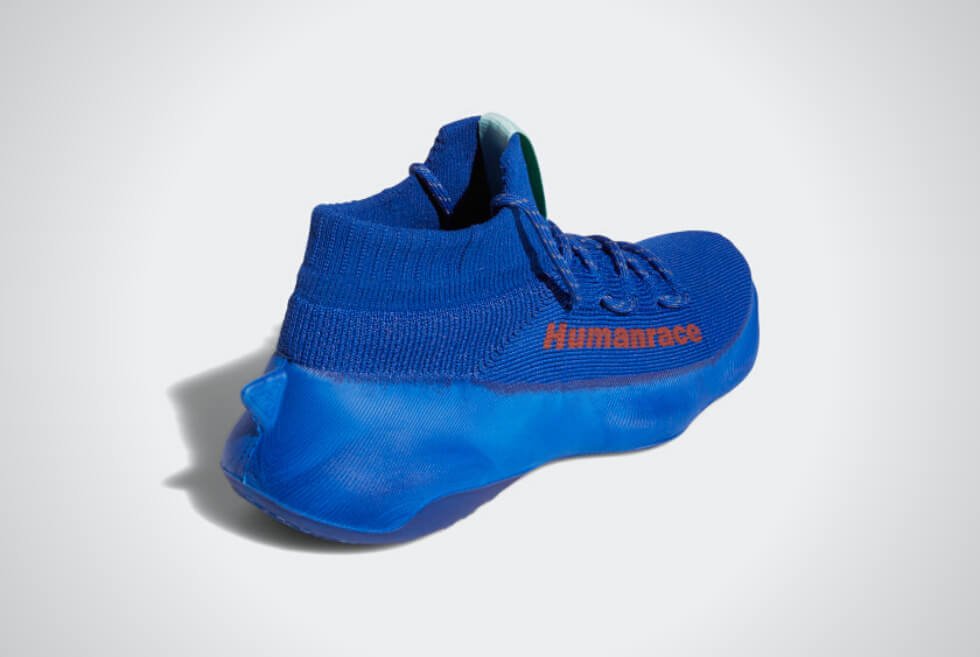 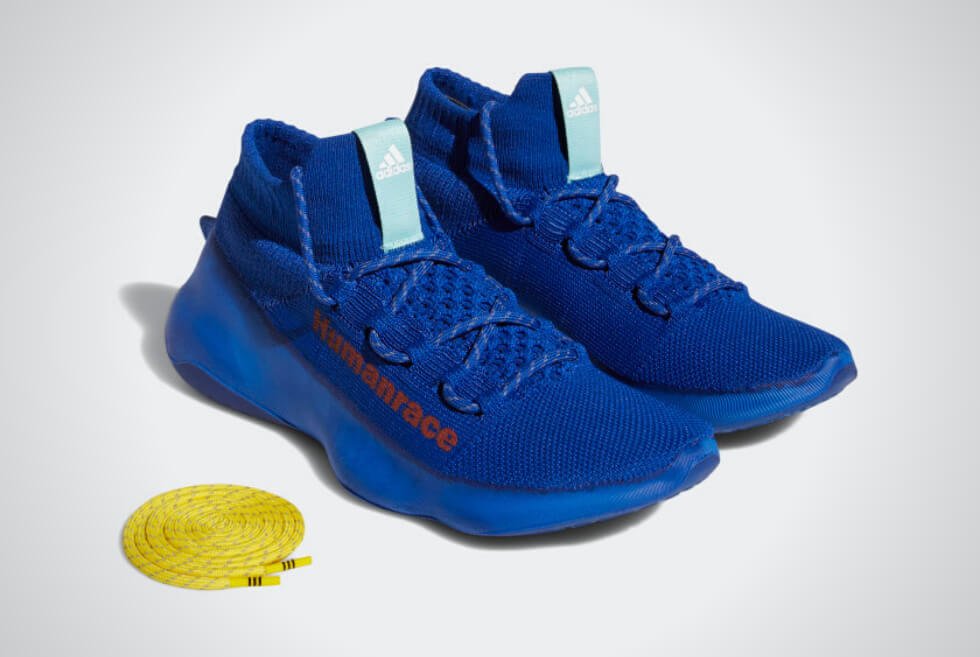 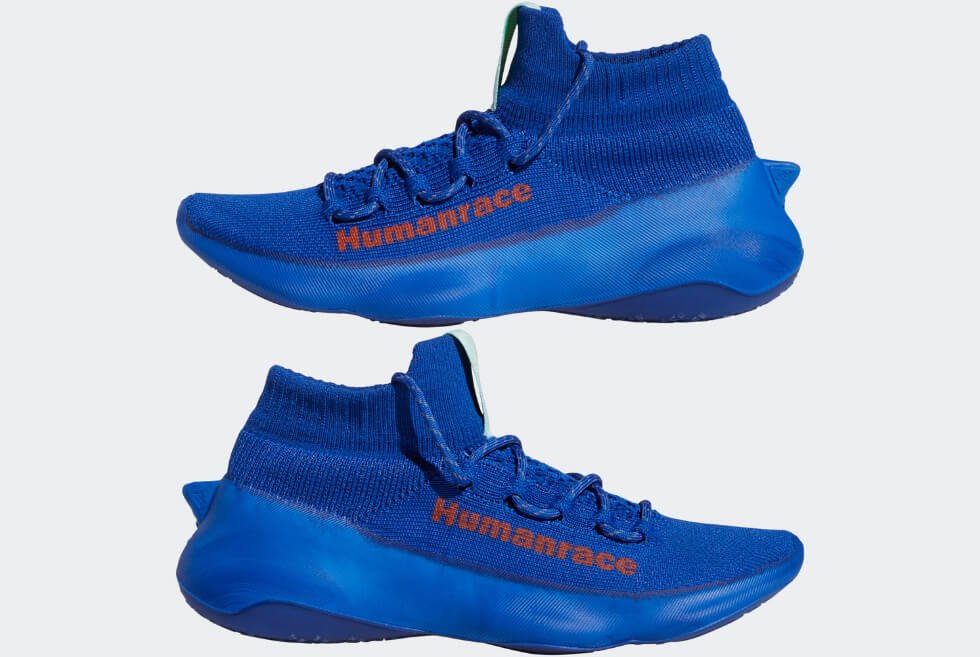 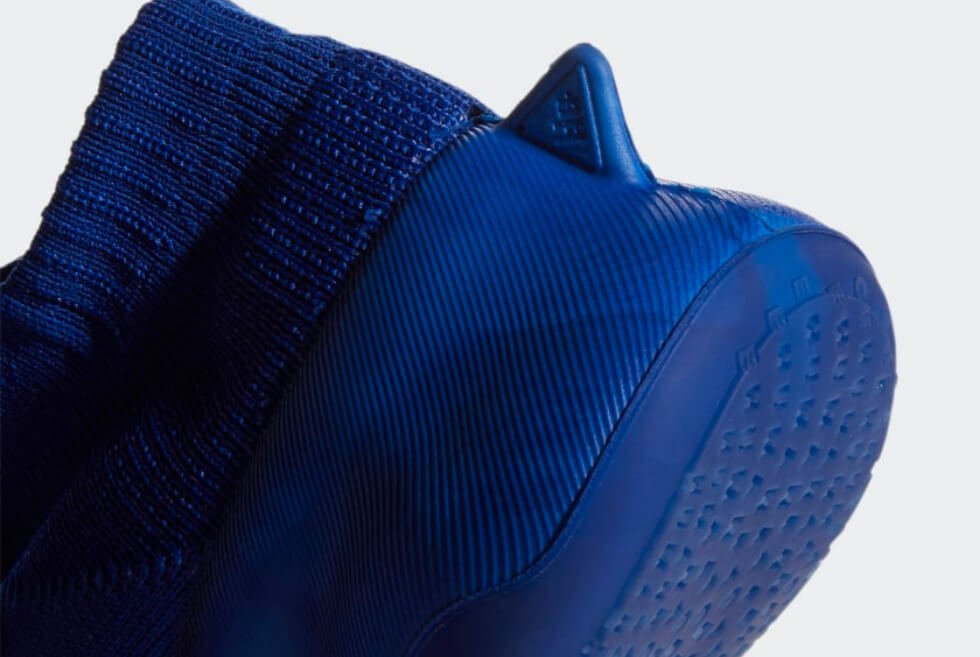 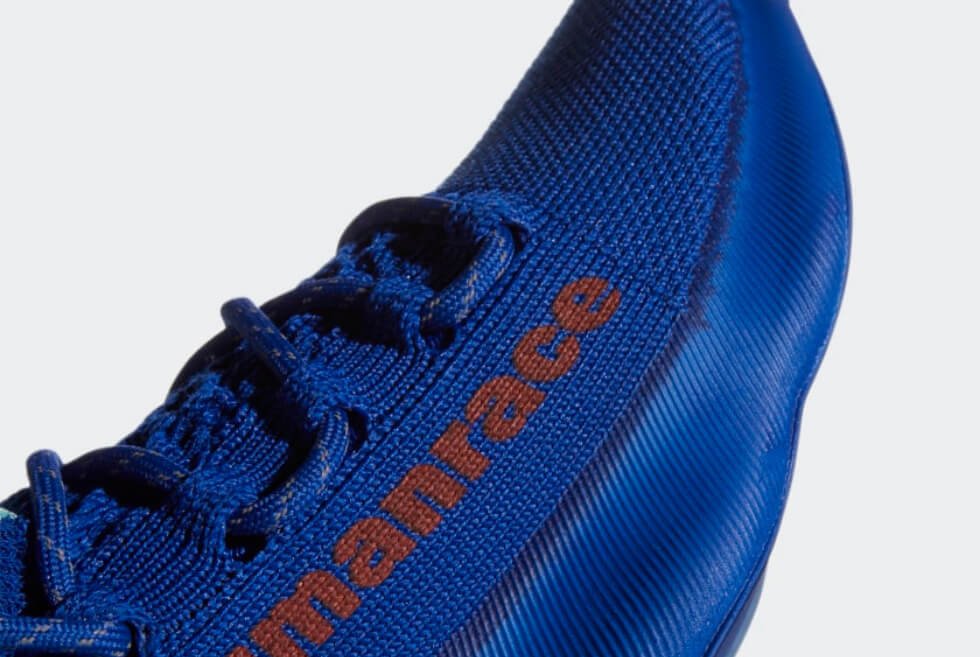 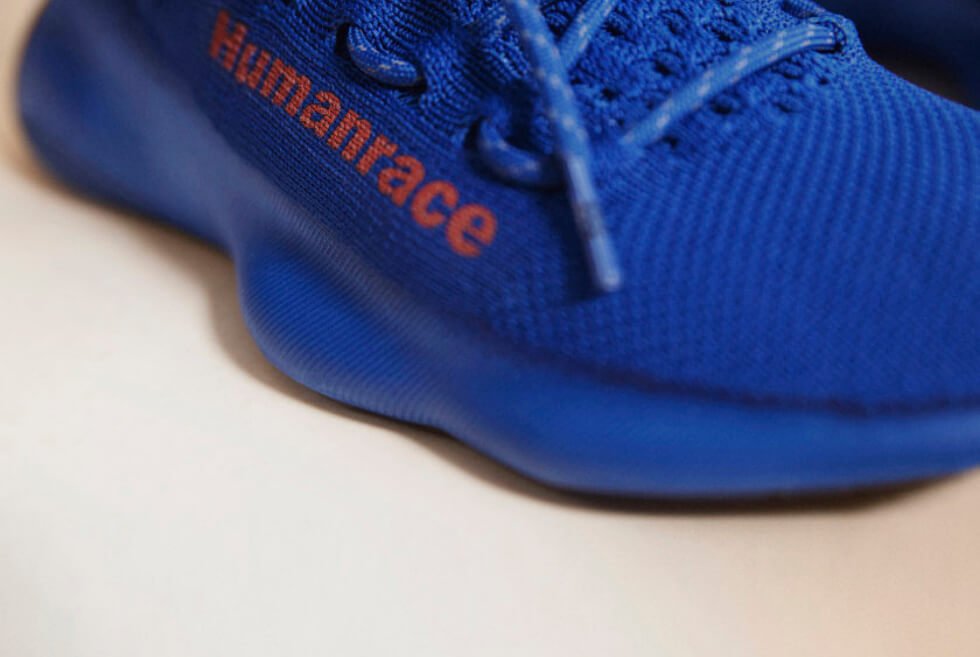 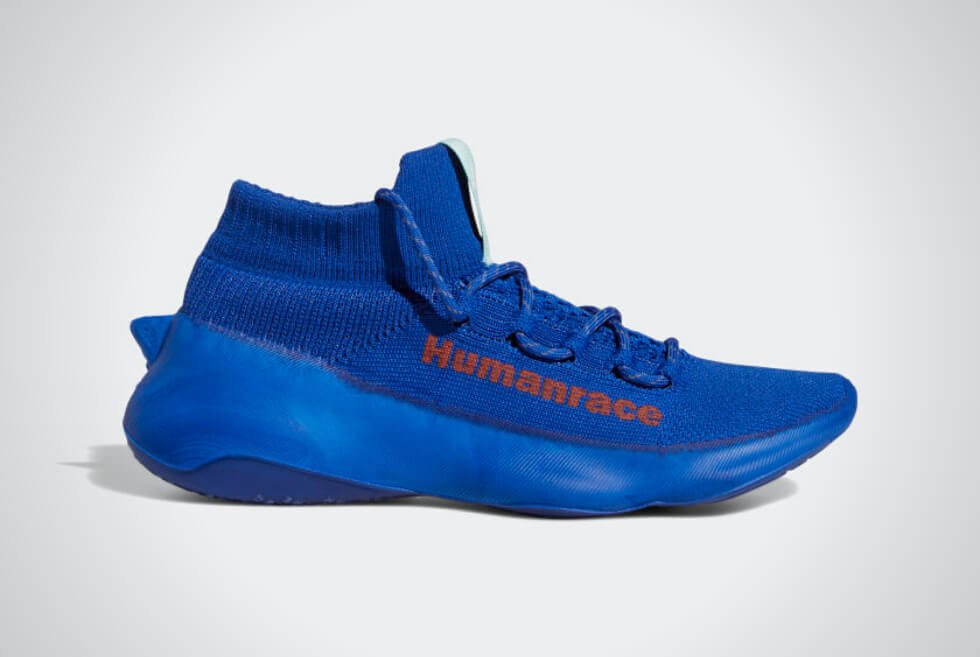