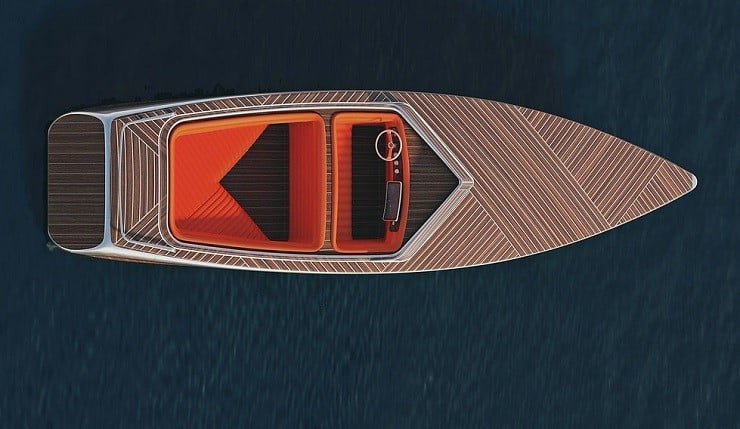 Forget the kayak or the paddleboard when you can sail the seas on a boat. The Zebra Boat, a concept from Parisian industrial designer and engineer Dimitri Bez, is especially stunning. Its sleek cut outfitted with modern features is sure going to make waves.

This is a modern take on the classic 1947 Sea Maid Wooden Ski Boat. What sets it apart from any of its kind is it runs on an electric motor power instead of on windsails or combustion engines, thus rendering quiet propulsion. Using electricity is also environmentally friendly and was the trend back in the early 1990s until diesel engines permeated the market. The use of electricity to power moving vehicles has been gaining steam though and we might have Elon Musk and his TESLA to thank for that.

Aesthetics-wise, Dimitri Bez kept the exterior close to the original. The Zebra Boat uses luxury materials with a combination of dark wood and leather, with the stripes on the exterior made with wood. It boasts a classic dark orange interior divided into two parts: the driver’s cabin and the cockpit. The front cabin can seat the driver and a side passenger. On the back is a larger space where up to eight people can sit.

Moreover, the boat features modern furnishings onboard. It has an OLED touchscreen tablet on the dashboard for navigation, but it can also double as a video screen. There are also two retro controls. The Zebra Boat boasts a minimalist yet elegant design, with a figure reminiscent of a paddleboard that makes cutting through waves look effortless. It looks clean, robots, and simply pleasing to the eyes. 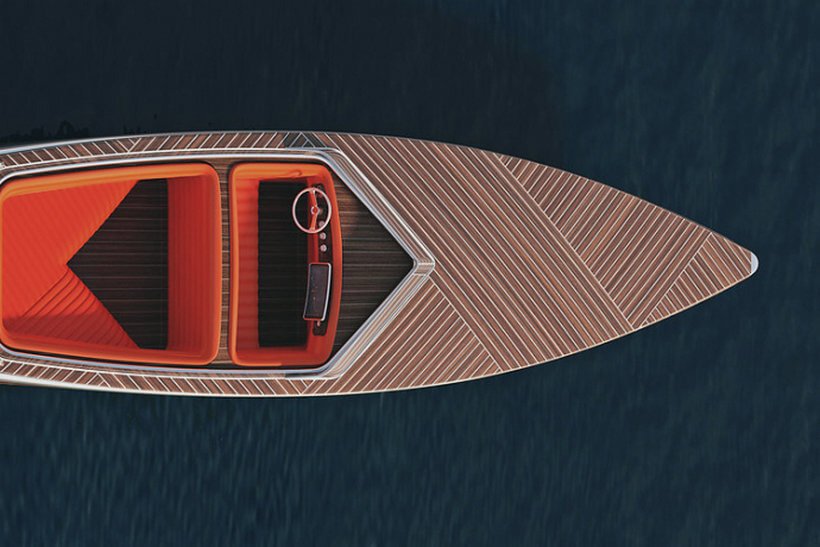 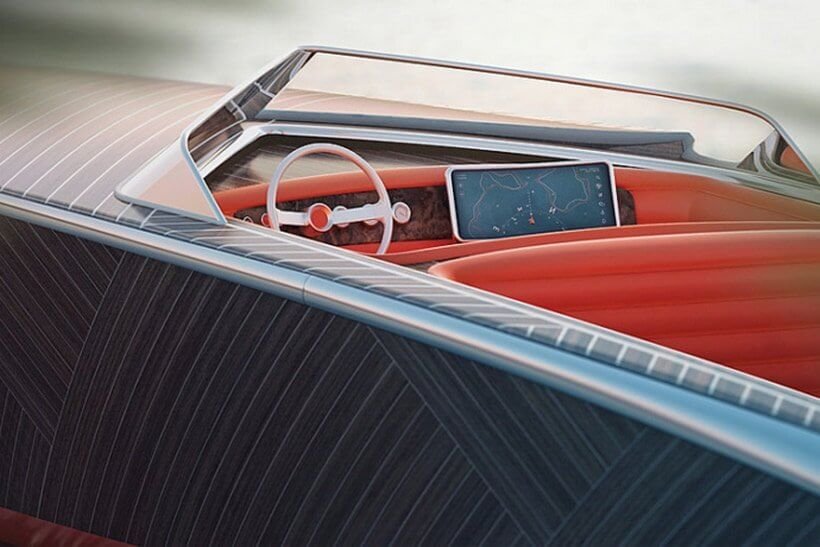 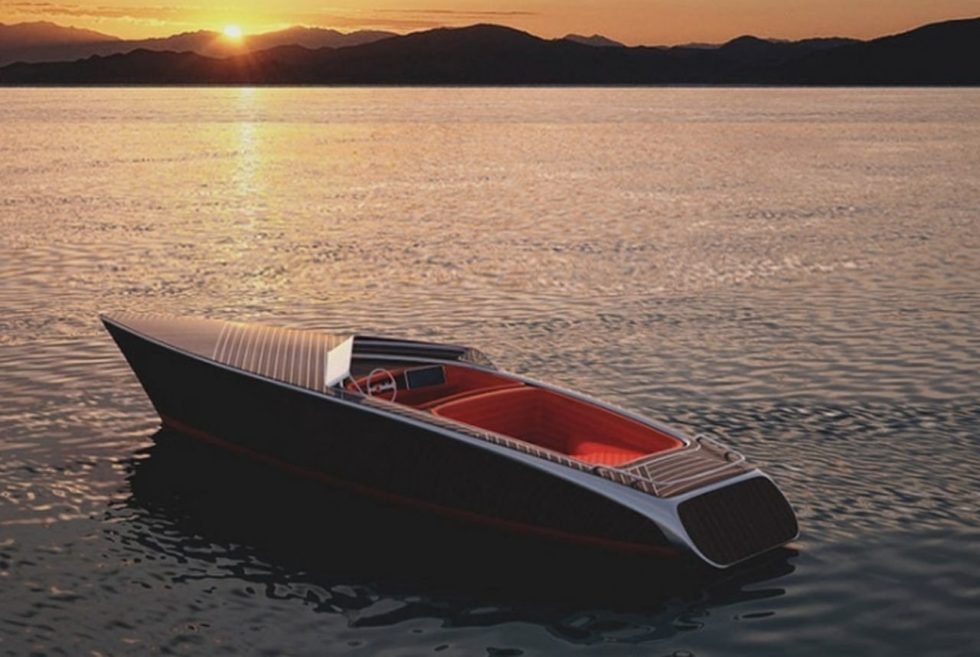 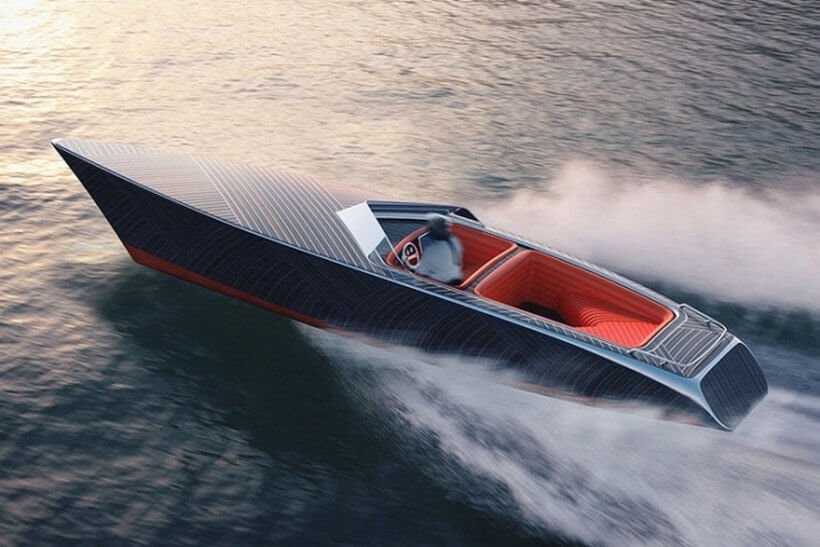 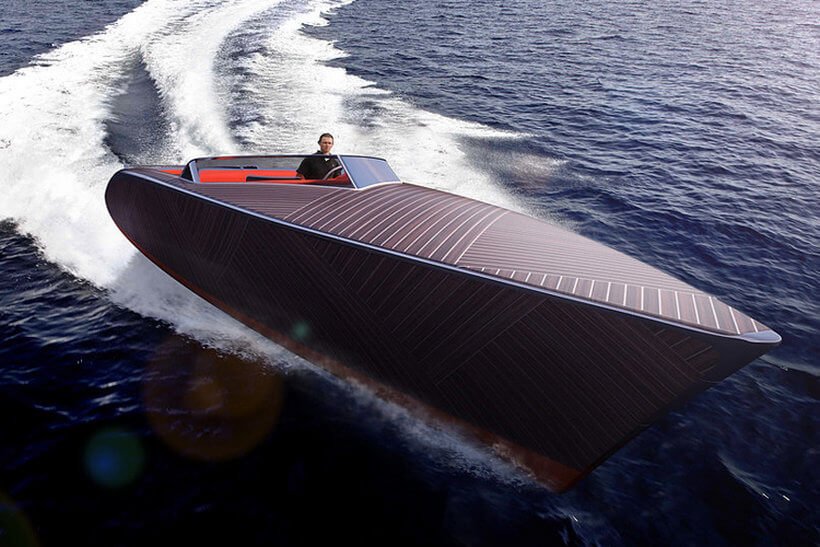