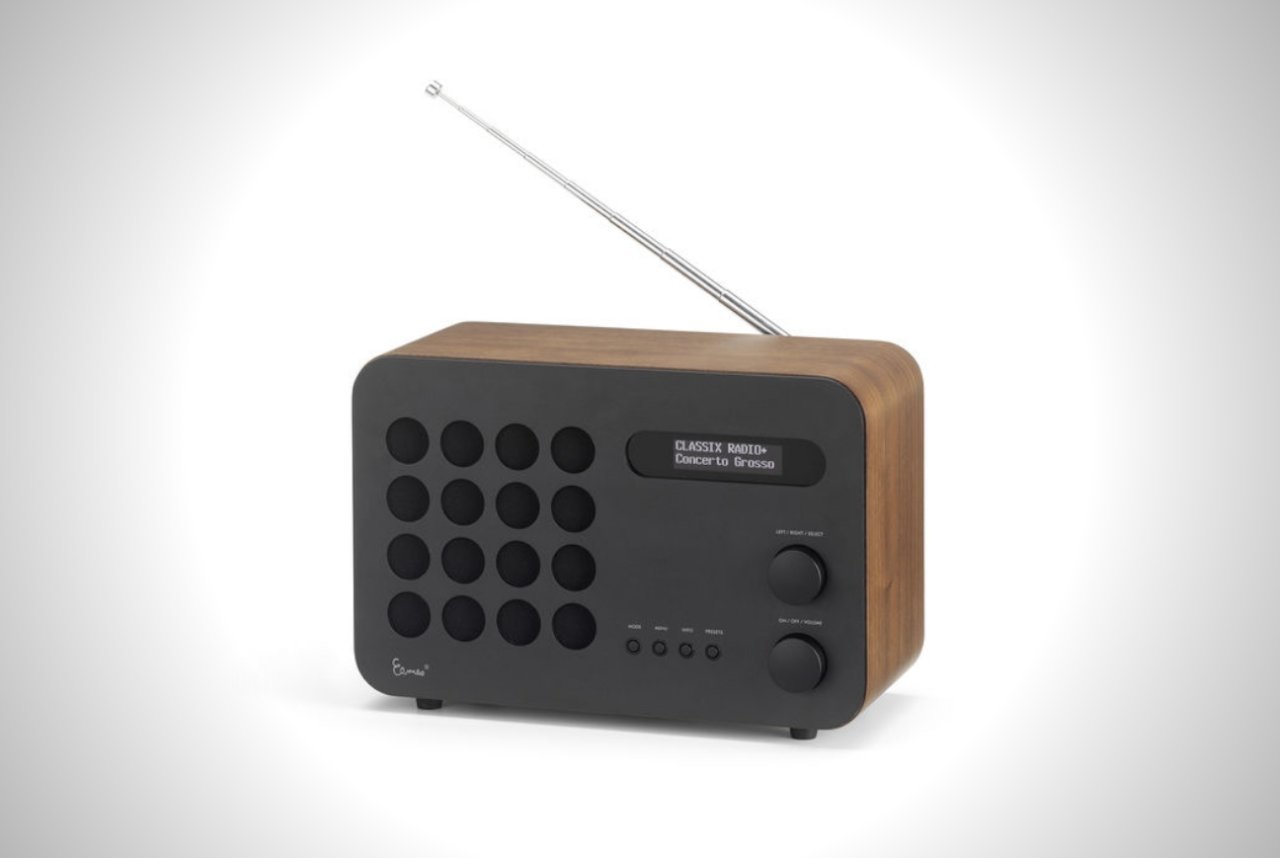 Besides in your car, where else do you listen to the radio these days? Sure, there might be an FM radio app on your phone, but when was the last time you opened it? We live in a world where podcasts rule the airwaves and your favorite music is readily streamable. No one wants to listen to a radio anymore, it seems.

But if you’re a loyal radio holdout, you might want to take a look at Vitra’s Eames Radio. It’s a chic plywood table radio that was supposed to debut in the late ‘40s but never made it into production. What a shame — its compact shape and austere aesthetic would have made it seem anachronistic had it been released widely in that era, perhaps even a bit futuristic.

This radio was conceived by Charles and Ray Eames in 1946, but ended up being rejected by designated manufacturer because they wanted a more “normal” design. The Eameses then sent prototype pictures to the Interiors magazine to test its commercial appeal, and also to soften people up, coaxing them to welcome what was then an outlandish design. It was a failure, though, and the radio was discontinued in the early ‘50s.

But now, 70 years later, you can finally get your hands on this relic and marvel at its fascinating history. It’s not just a radio, really — it’s a testament to how tastes change over the decades. These days, we now have wooden smart speakers, and they’re perfectly acceptable.

If you want the Eames Radio, you have to get it now; only 999 units are being produced.

Jackery is offering huge discounts on various products including power stations, solar panels, and more that you don't want to miss.