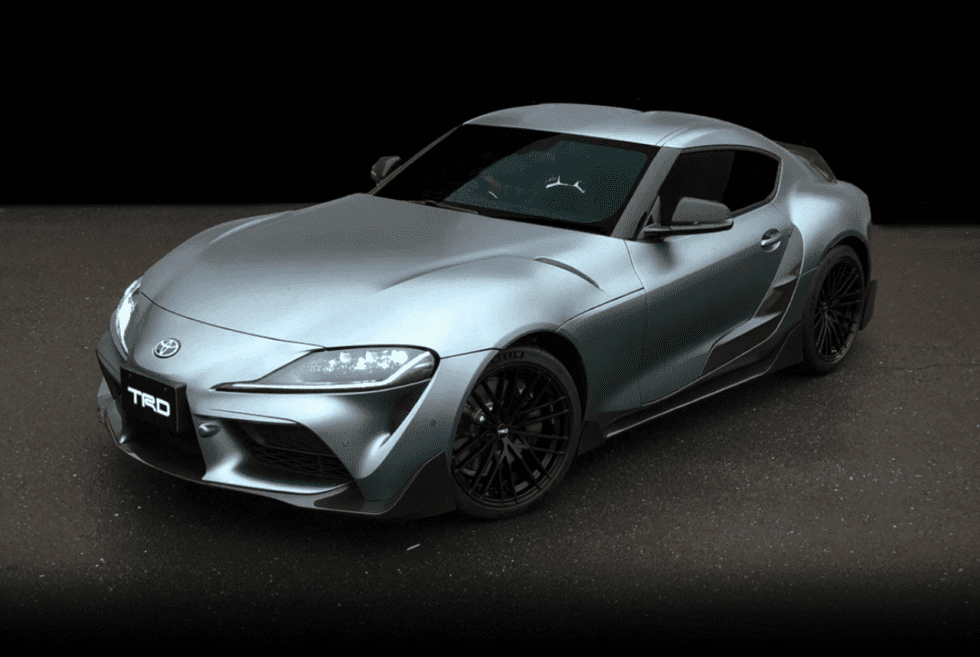 Toyota showed off a new TRD Performance Line Concept version of its 2020 Supra in Japan this past weekend. It’s not exactly Earth-shattering, but this marks the first time TRD has tinkered with the MkV Supra.

Much of the modifications in this concept car are focused on the aero parts. That means TRD didn’t change the car’s inline-six engine, a bummer for those who had been hoping for a slight power bump.

In any case, if you’re a fan of carbon fiber, you’re in luck. Nearly all the enhanced aero parts are made of the material. The parts were developed in the wind tunnel to produce tangible gains in downforce and stability, as well.

The concept includes a front spoiler, side skirt, door garnish, trunk spoiler, and rear spats. These all coalesce to produce an unspecified amount of added downforce thanks to all the extruding fins. All the aero parts make it look like the 2020 Toyota Supra is crouching lower, too. Note that the suspension and the brakes are still stock, though. Finally, TRD also went and swapped out the base’s 19-inch forged wheels for a different design.

Do these modifications significantly upend the basic 2020 Toyota Supra model? It’s hard to say. You’d have to drive it yourself to notice if those aero parts make a huge difference. In any case, the concept serves as an early look at what TRD’s parts catalog will look like once the car goes on sale.

Carbon fiber parts are extremely expensive, by the way. Expect to shell out far beyond the car’s base $50,000 2020 Toyota Supra. 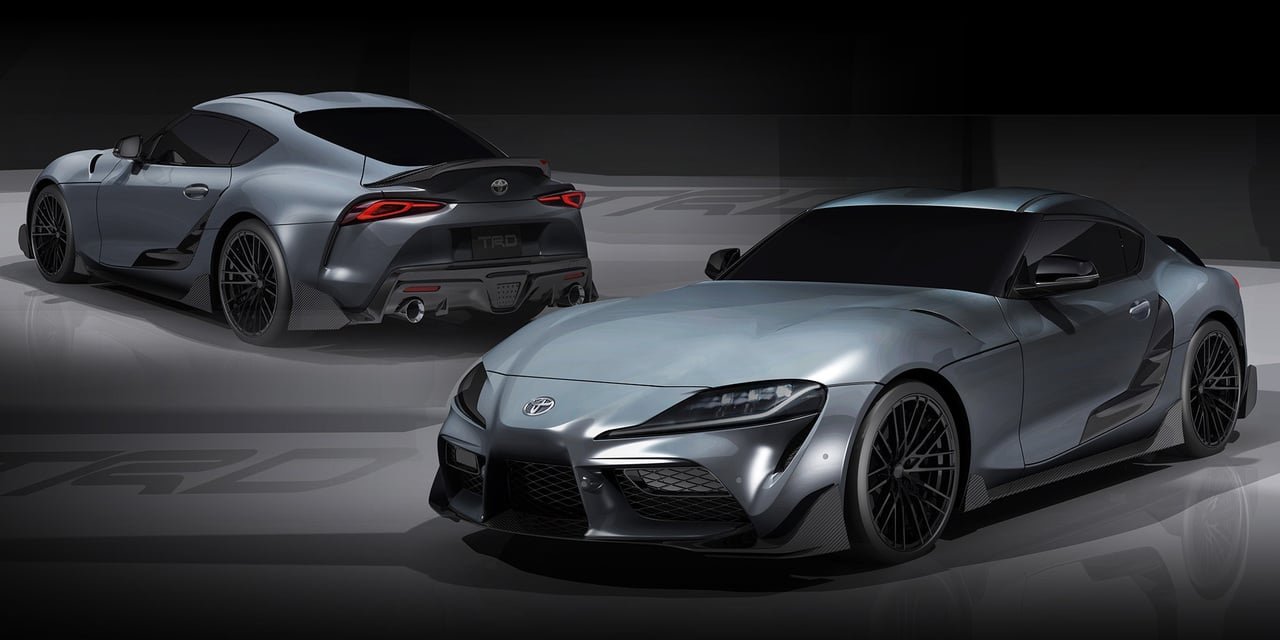 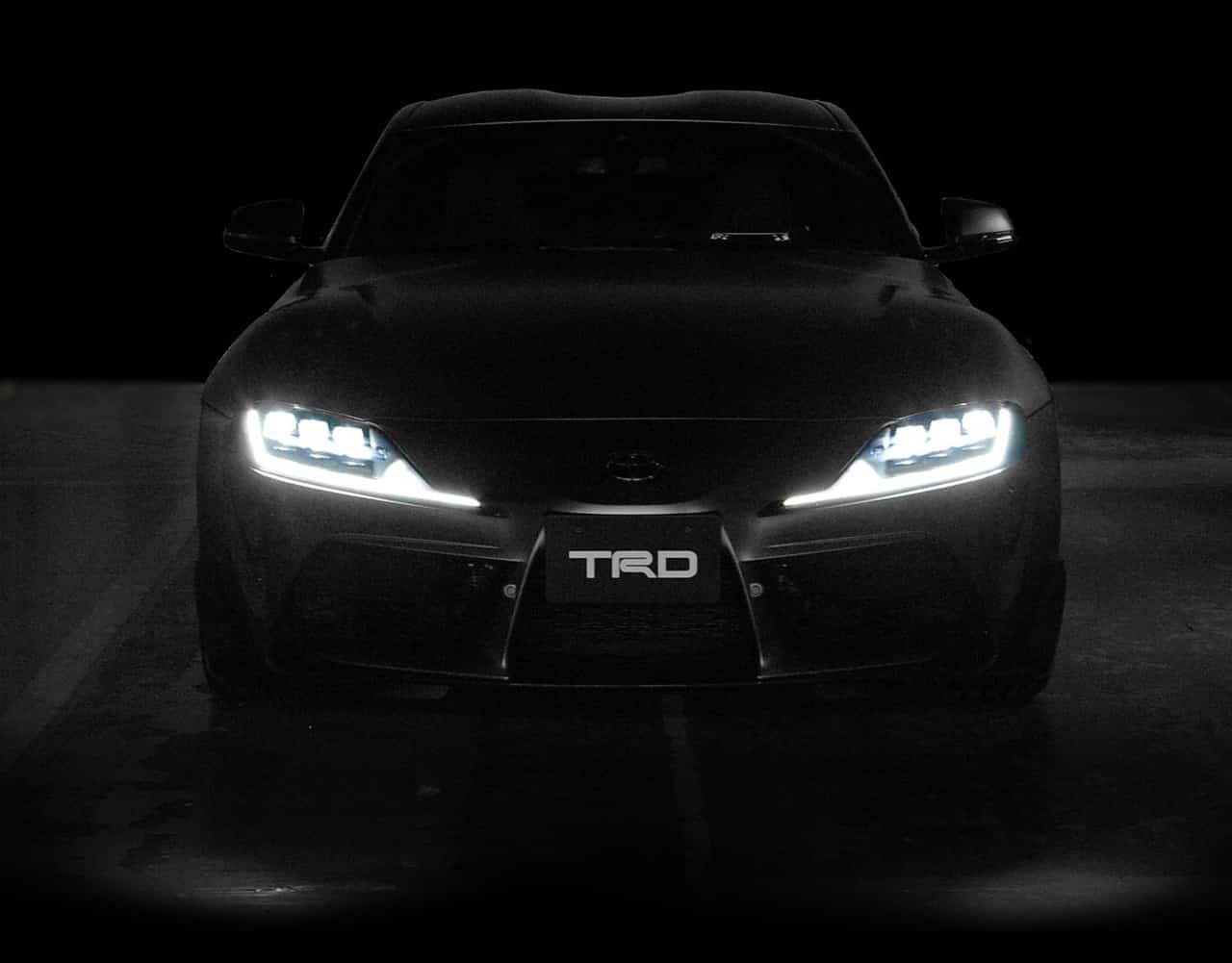 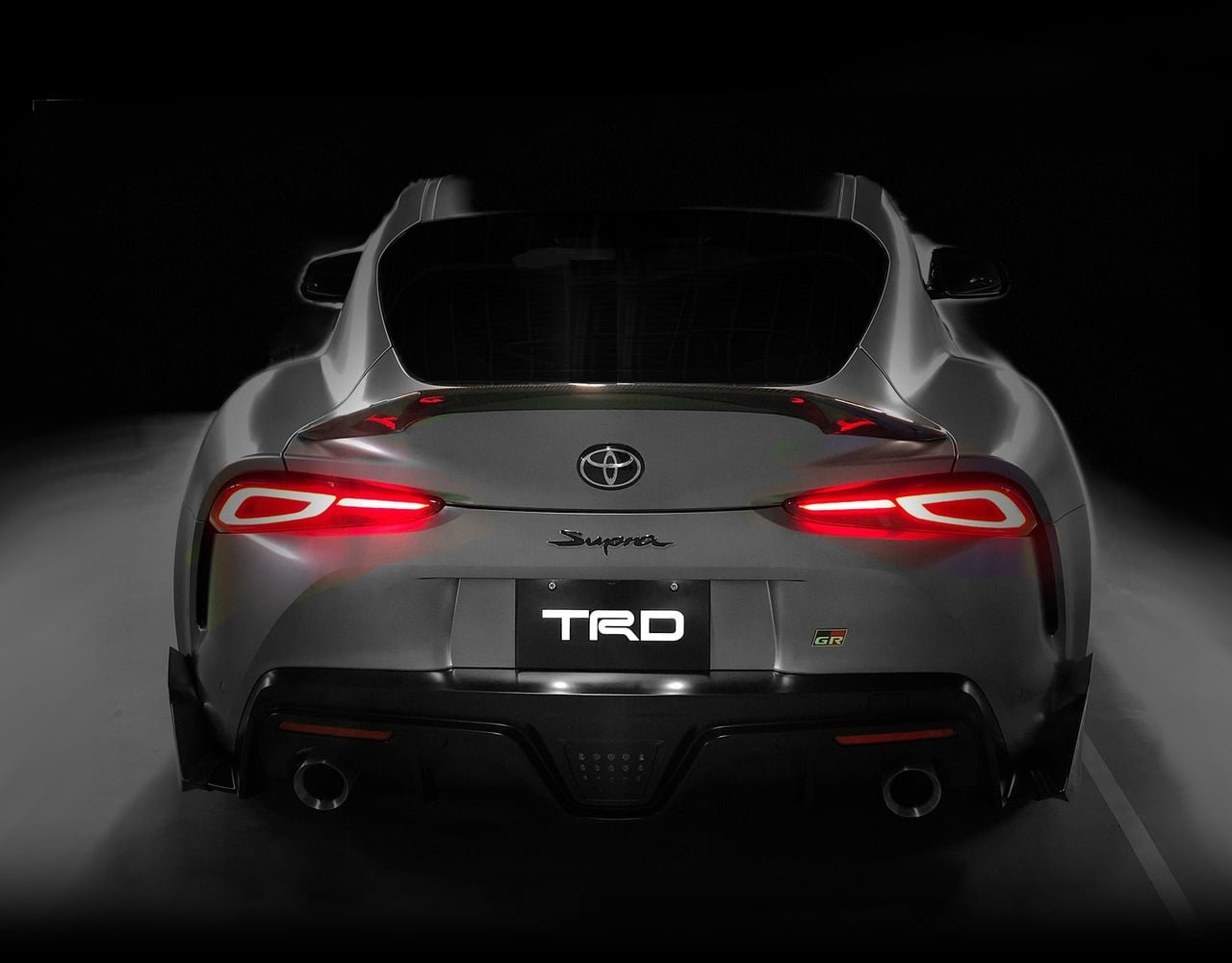 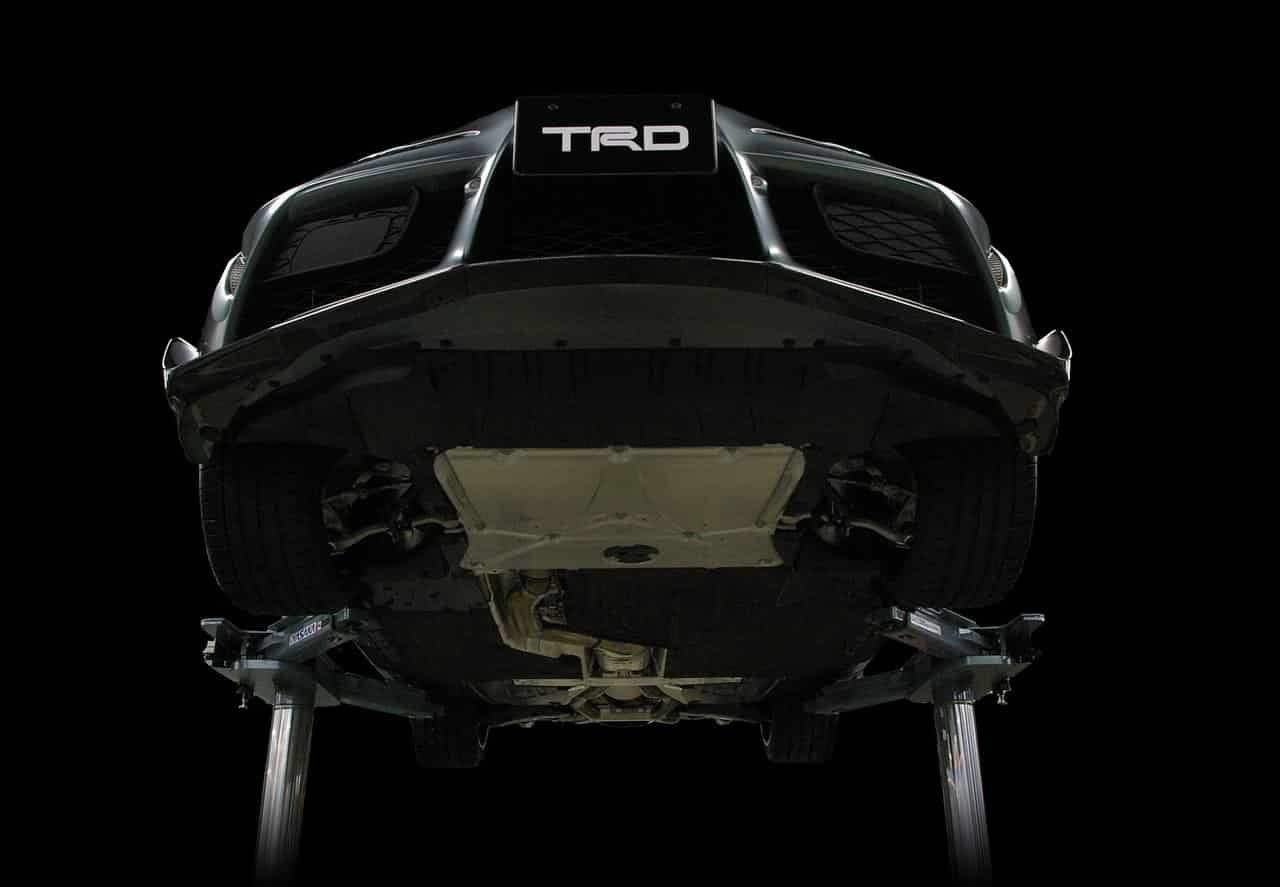 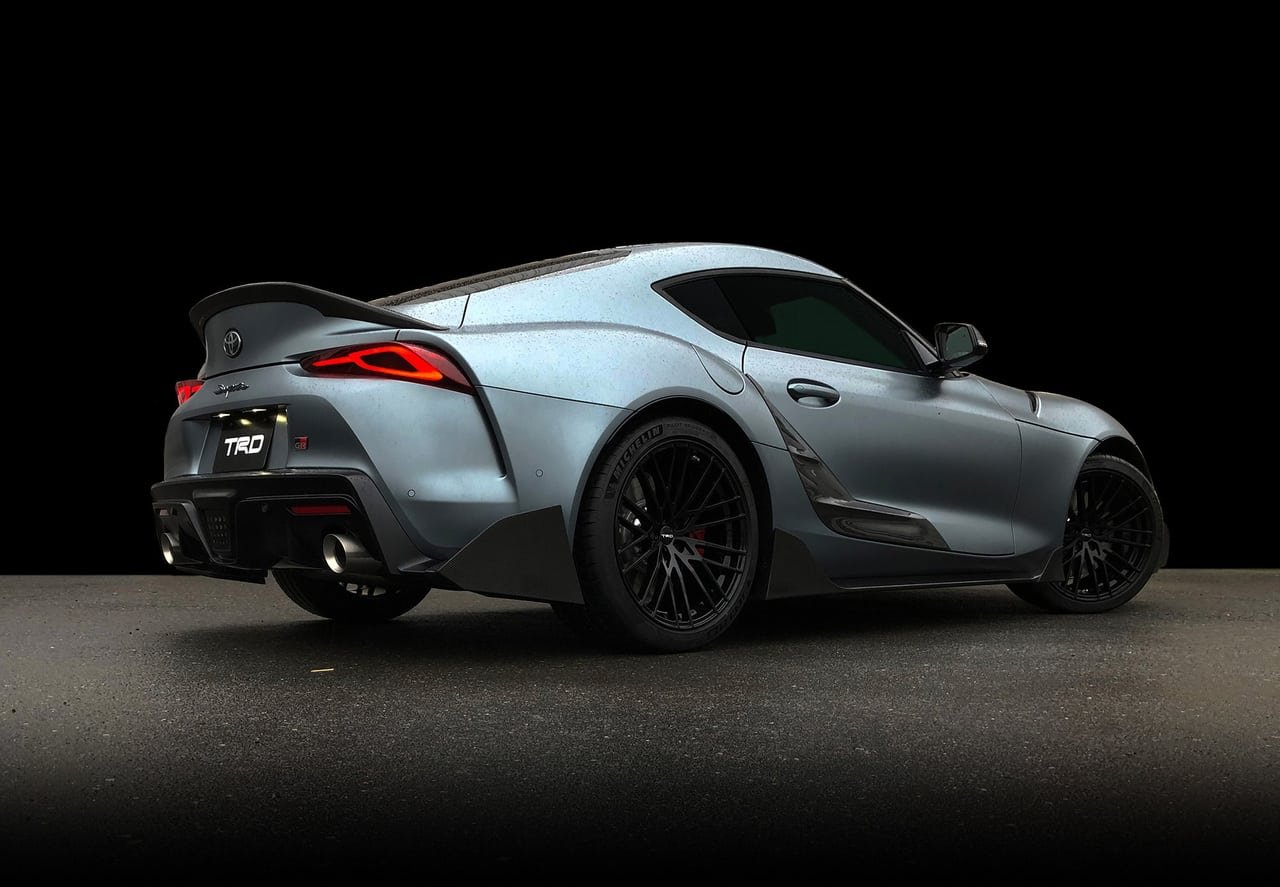