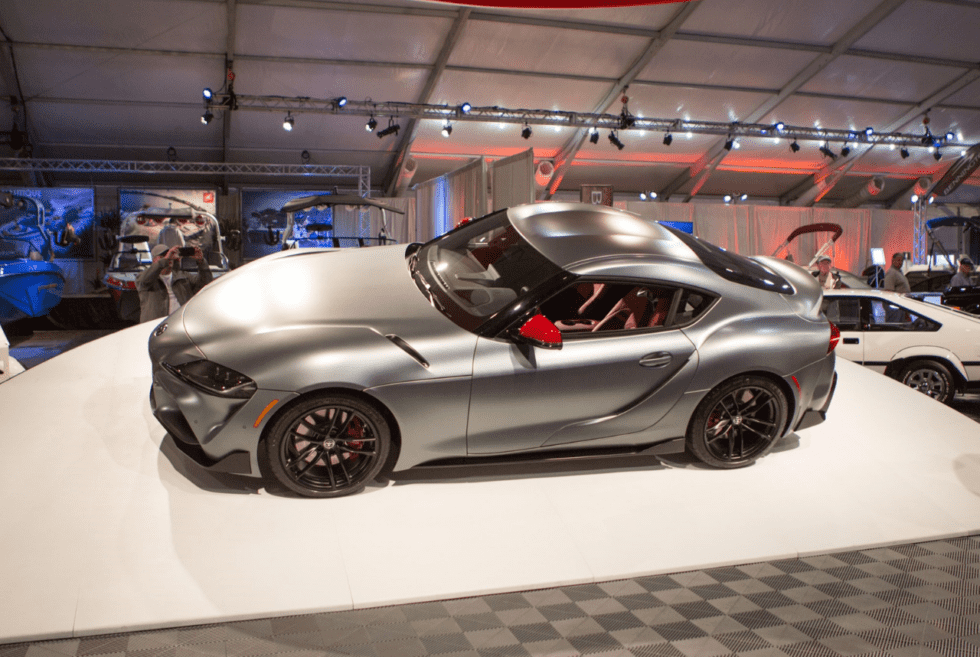 First Ever 2020 Toyota Supra Sells For $2.1 Million During Auction

The 2019 Detroit Auto Show was the perfect venue for carmakers to showcase their latest catalog. The annual expo even witnessed several surprise announcements. Awesome rides such as the 202 Ford Mustang Shelby Shelby GT500 Coupe and the limited edition Subaru STI S209 made a splash. However, we think that after a lengthy absence from the scene, the debut of the 2020 Toyota Supra was outstanding.

Its been a long time since the Japanese automaker’s fourth-generation Supra, which makes it a perfect time for a new one. Therefore, its return is a welcome sight for enthusiasts who are ready to mess around with the new machine. What made its official unveiling even more remarkable was the auction of its first-ever production model. The base configuration reportedly starts at around $50,000. Nevertheless, this one was sold for a jaw-dropping $2.1 million courtesy of the Barrett-Jackson auction house.

All proceeds from the sale will apparently go to charity, namely the Bob Woodruff Foundation and the American Heart Association. This means that the first-ever 2020 Toyota Supra with VIN 20201 is now making its way to its anonymous buyer. Equally important, this version sports a unique look, which includes red side mirrors, matte black wheels, and a matte gray exterior coat. Meanwhile, the interior will a black and red color scheme, while the signature of Akio Toyoda, the company CEO, is visible on the engine cover.

The 2020 Toyota Supra produces 335 horsepower and 365 pound-feet of torque through a 3.0-liter straight-six engine. An eight-speed automatic transmission directs all of that power to its rear wheels. Dealerships should have it in their showrooms later this summer.