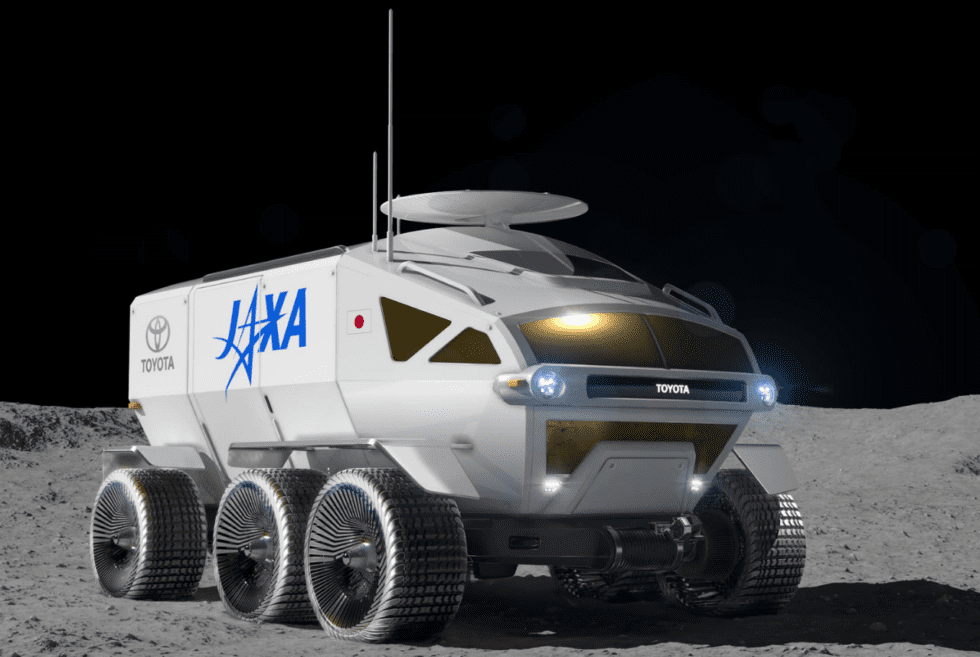 Scientists might be setting their eyes farther into our solar system, but our closest neighbor still has a lot to offer. So much so, that various space agencies around the world are planning to send people back. We obviously have the means to get there, but upon arrival, making our way around presents another challenge. Gravity on the moon is approximately six times weaker than that of the Earth. Therefore, astronauts are going to need a ride to get them from point A to point B. It comes as an exciting surprise that the next lunar vehicle might be a Toyota moon rover.

This bit of news is just like the climax of a good science fiction movie, where cutting-edge tech saves the day. This time around, it’s going to help us shoot for the moon all over again and go further beyond. Details and specification surrounding the new lunar vehicle are still scarce, but both parties provided a brief overview. According to the carmaker, the rover will be equipped with a pressurized cabin along with high-tech functions. Meanwhile, a concept image of what the machine looks like reveals that it will be six-wheeler.

Powering the Toyota moon rover will require the use of fuel cells to give it a range of more than 6,200 miles. Unlike its predecessor, the mileage it offers is astounding. Astronauts can travel farther and collect more samples from previously-unexplored areas. To recharge its batteries, the rover can extend an articulating arm that unfurls an array of solar panels. We’re thinking that the next logical step is to build research stations on the lunar surface.