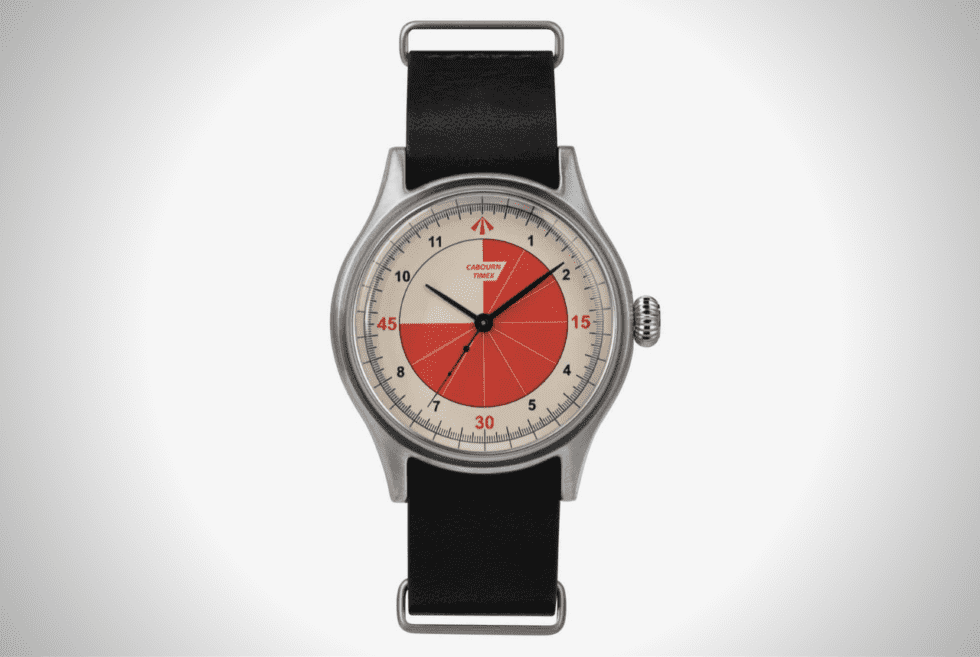 Relive The Golden Era Of Football With This Timex Referee Watch

Here’s another instant classic collaboration. Nigel Cabourn has partnered with Timex to create this 1950s-style Timex Referee Watch. And yes, it comes with half-time readings.

British menswear designer Cabourn sought inspiration from the golden era of British football in the ‘50s, as mentioned. In that era, football teams and their players were considered heroes, especially for the designer. Here, in his second collaboration with the iconic timepiece maker, he took references from referee watches used at the time.

The watch boasts a football function, as three-quarters of the dial is color-blocked in red, signifying 45 minutes. That is half of a match’s playing time, just in case you have zero clue about how the game works. Retro elements are prominent at the top-center inside the dial, sporting a cream hue. Bold numbers abound the dial of the Timex Referee Watch, which consists of hours and minutes.

The case is a MK1 40mm stainless steel shell with a domed acrylic crystal face. Turn it over and you’ll find etched co-branding. The watch comes with an interchangeable strap. You can get the classic football-themed one or the plain black S.B. Foot Tanning Co. leather strap. It’s a humble design, to be sure, but replete with enough zing to catch anyone’s attention. Especially football fans.

Each Timex Referee Watch purchase comes in an Army mending kit package, which is true also of Cabourn’s first Timex project. It costs £139 GBP, around $176 when roughly converted. You can get it from END.Clothing, Nigel Cabourn Army Gym London in Covent Garden, and select online merchants.

The FireCan from Ignik is a compact propane-powered firepit made from heavy-duty stainless steel and features an adjustable flame.

The Gerber Lockdown Pry comes packed with ten utility tools in a slim and lightweight profile that boasts modern aesthetics.