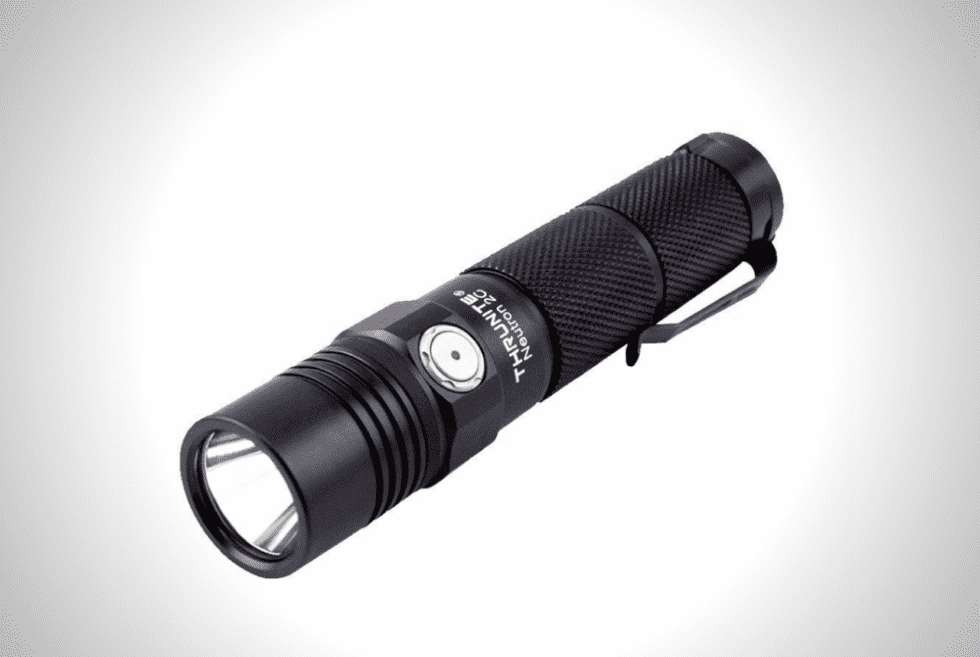 Third time’s the charm for ThruNite. You’re looking at version three of the ultra-portable and ultra-functional EDC flashlight, called the ThruNite Neutron 2C.

No Earth-shattering improvements here, to be honest. But that’s more because past iterations were already so good — it was probably difficult to find which else should be buffed up. But alas, version three still comes with plenty of smart upgrades.

The exterior remains largely unchanged from the previous release. It’s still boasting an IPX8-rated black anodized aluminum tube with a raised collar and an anti-roll design. Underneath is a metal slide switch and a liberal dollop of knurling on the bottom half.

This bottom part houses a key feature. The segmented portion unscrews into two separate parts to let you shorten the entire light. This makes the flashlight compatible to a lot of batteries, including 18650, 18350, CR123A, 16340, and 16340. Best of all, it’s got a built-in micro USB port so you can recharge it basically anywhere there’s a USB slot.

Accessories include a pre-attached clip, a 3,400 mAh 18650 battery, a holster, a lanyard, and its own micro USB cable. You’d likely want to purchase other knick knacks for this thing, but this is a pretty sufficient starting kit already.

The ThruNite Neutron 2C uses a Cree XP-L V6 LED light available in both cool and neutral configurations. It tops up at 1,100 lumens and boasts a maximum runtime of 49 days on its 0.5-lumen Firefly setting. It’s powerful, versatile, and extremely portable. There’s so much to like here, and we can’t wait for the fourth version.

The Ekster Father’s Day Bundle is a curated collection of items your old man is sure to love the moment they open their gift.