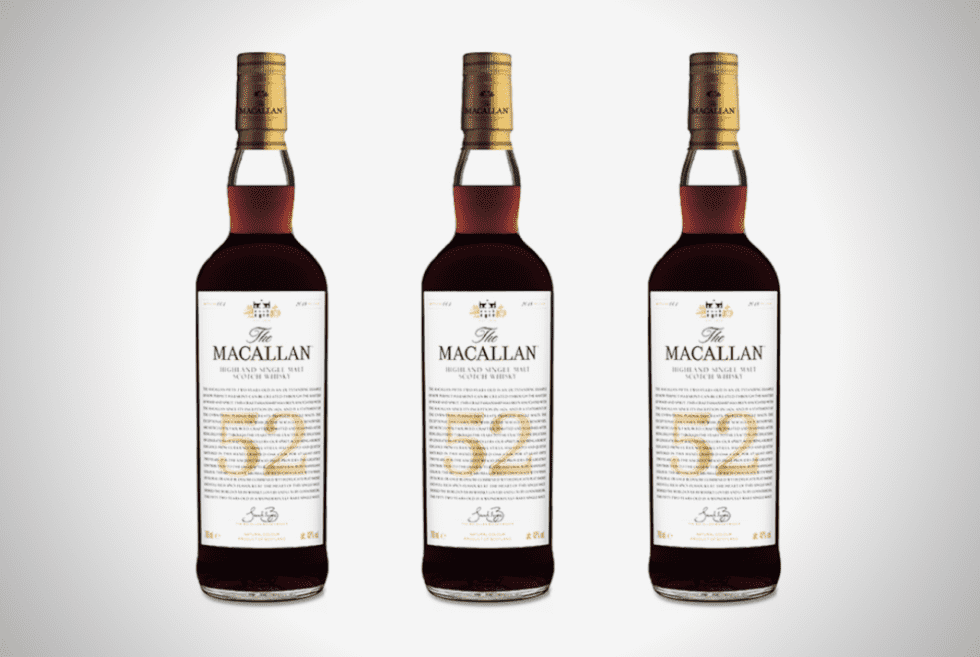 This Macallan 52 Scotch Costs As Much As A Sport Car

The Macallan has finally unveiled its latest drink, and it’s going to cost you a pretty penny. This 52-year-old bottle of scotch comes with a price tag that puts it out of reach of even the most passionate collectors out there.

At roughly more than $50,000, the Macallan 52 cost as much as, if not more than, a German sportscar. Stock is incredibly low, too. Macallan only made 250 bottles, and only a total of 42 will end up shipped in the United States. Suffice it to say that this is one of the rarest luxury scotch bottles you’ll ever find in the world.

Macallan first laid down the single-cask single-malt back in 1965. Then it let it mature in a first-fill European oak ex-Sherry cask. Bottled at 48% ABV, the whisky is said to contain notes of “rich fruit and dark chocolate fondant.” Also present are “hints of peat smoke, cinnamon, and ginger.”

Macallan whisky maker Sarah Burgess signed each individual bottle. It comes in a solid oak box with an etched face inlaid with a matte gold age statement. Here’s Burgess talking about the scotch:

“After being left to mature for 52 long years in one exceptional, hand crafted European oak Sherry seasoned cask, this wonderfully rare single malt is full of rich spicy flavours and has a beautiful ruby mahogany natural colour.”

She adds that the Macallan 52 is an excellent addition to the distillery’s classic-aged whiskies. It’s also a testament to the “harmony created through the mastery of wood and spirit.”

Protect Those Vintage Bottles of Wine With The Killspencer Wine Carrier

Make and enjoy your hard seltzers with GrowlerWerks’ uKeg TWIST

You can choose between a 36-ounce or 24-ounce uKeg TWIST with up to 6 colors: Chili, Midnight, Seafoam, White, Sunshine, and Tungsten.