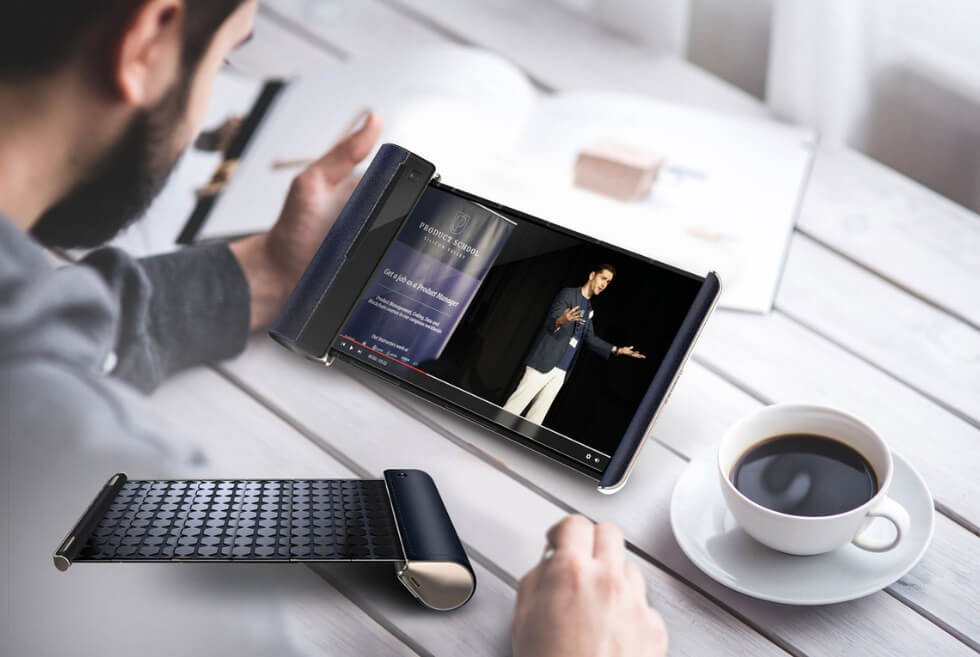 If you thought Samsung was the first to release a smartphone with a foldable display, then clearly most of us were mistaken. In 2018, Royole was the first out of the gates with the FlexPai. Now that the tech industry is ready to move on to something else, The Scroll could be the next big thing.

What makes flexible display technology still seem like a niche is durability. Despite promises of improvements, the integrity of the substrate material evidently fails even before its estimated lifespan. Manufacturers can make all the claims they want but user reviews and feedback tell us a different story.

Therefore, one approach to minimize creasing from folding is to use a mechanism that allows the display to roll out instead. Compal Electronics markets The Scroll concept as a luxurious 2-in-1 device. As hinted earlier, the main touchscreen is tucked within the body when it’s not in use. We can spot a secondary display, which likely functions as a notification screen.

This is a must-have feature, so users don’t need to unnecessarily unroll the main screen regularly. It can likewise display messages, incoming calls, media player controls, and more. We can spot a front-facing camera just above the auxiliary screen with the main camera module on the opposite side.

With a press of a button, The Scroll will deploy or retract the 10-inch flexible display. Although we find the concept remarkable, some consumers might find the form factor a bit on the chunky side. Meanwhile, Oppo, Samsung, TCL, and other Android OEMs are also working on rollable models. 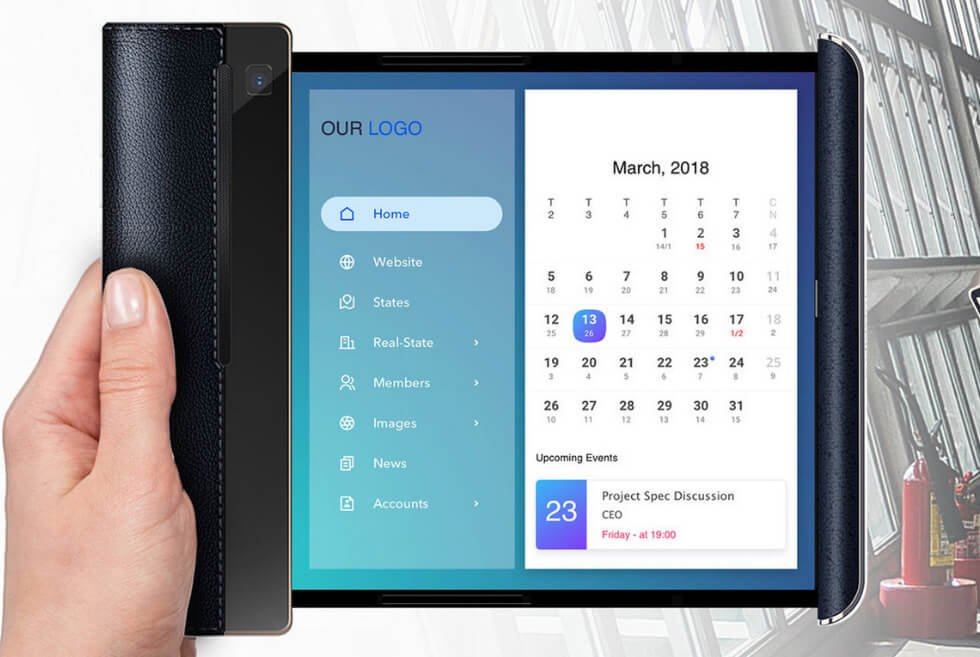 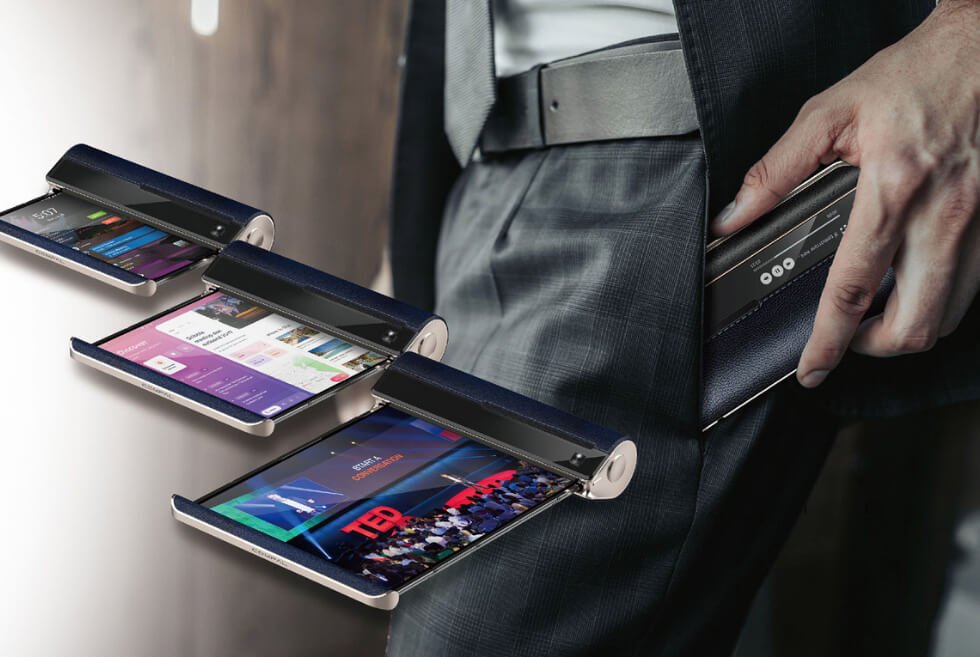 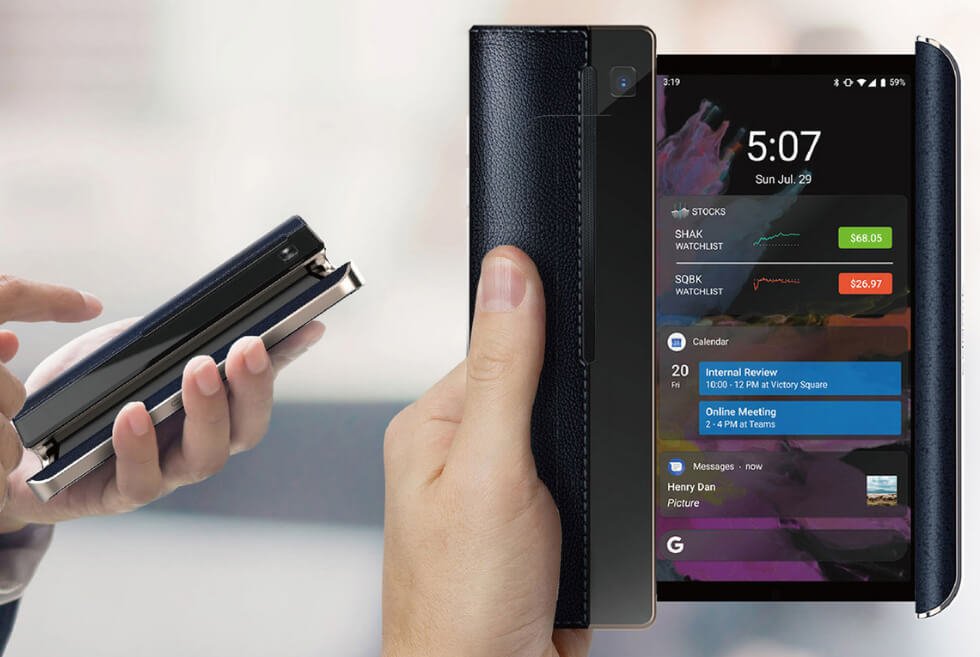 BLUETTI is named a CES 2023 Innovation Awards Honoree for its amazing AC500 solar generator that has a max of 18,432Wh capacity and a 5,000 inverter (10,000W surge) to fuel high-powered electronics.