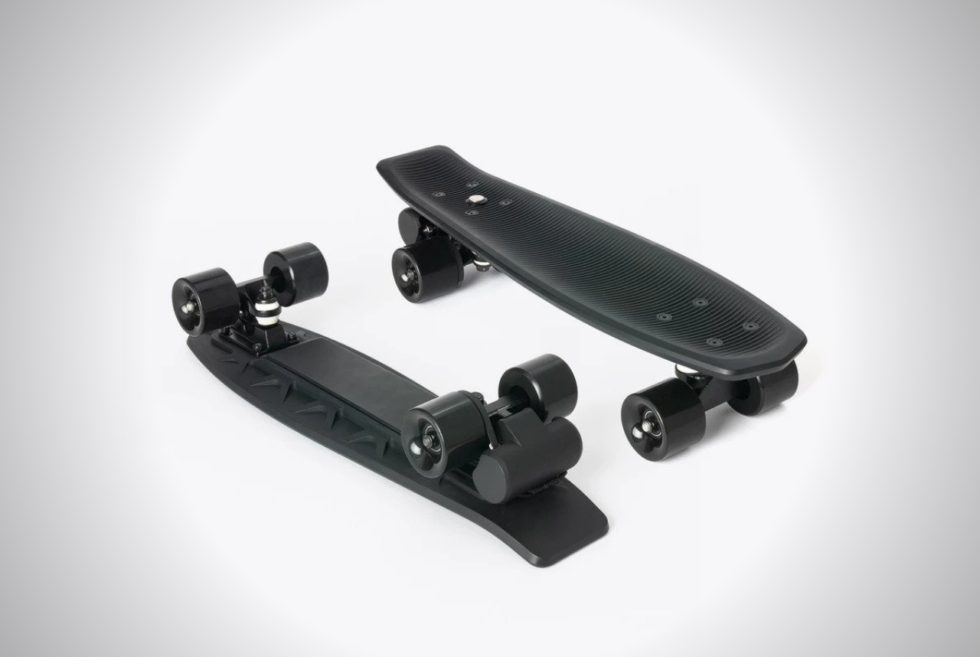 The Headless Electric Cruiser Gets Rid Of The Handheld Controller

If you don’t like the look of electric skateboards that make use of a handheld controller, definitely try this Headless Electric Cruiser.

This one differentiates itself from the rest of the e-skateboard pack by ditching the classic handheld controller and putting a foot-controlled power in place of it. You don’t need a remote to run, in other words. It works quite like a standard skateboard, although it measures much shorter than regular ones.

Even still, the control mechanism is really intuitive. Instead of flubbing the whole thing with complicated controls, you can step on one and use it just like a classic skateboard. To get some electricity running, you just get on the Headless Electric Cruiser, push off, then place your foot on the button built into the deck.

Doing so will let the Headless Electric Cruiser maintain the speed at which you set off. Which is all to say you can concentrate on actually riding and not fussing with controls or buttons like on other e-skateboards. When you need to slow down, just lift your heel. Simple as that. And when you want to pick up speed, push off a bit harder and do the same thing — step on the button.

With a top speed of 12mph, the Headless Electric Cruiser doesn’t come as fast as some boards. However, this makes it speedy enough for safe travel that’s still fun. Onboard, you’ll find a 22W motor powerful enough to transport everyone from teenage kids to six-footer jocks. The skateboard offers a range of six miles. It weighs only 5.5 pounds, making it one of the most lightweight e-skateboards around.

If you're wondering how you can get the most of your runs, let's look at some basic running gear that improves performance.

The NEBO Torchy 2K Flashlight Will Blind You With Its Brightness

The NEBO Torchy 2K Flashlight emits short bursts of 2000 lumens of light for 30 seconds and is water and impact-resistant for any outdoor adventure.