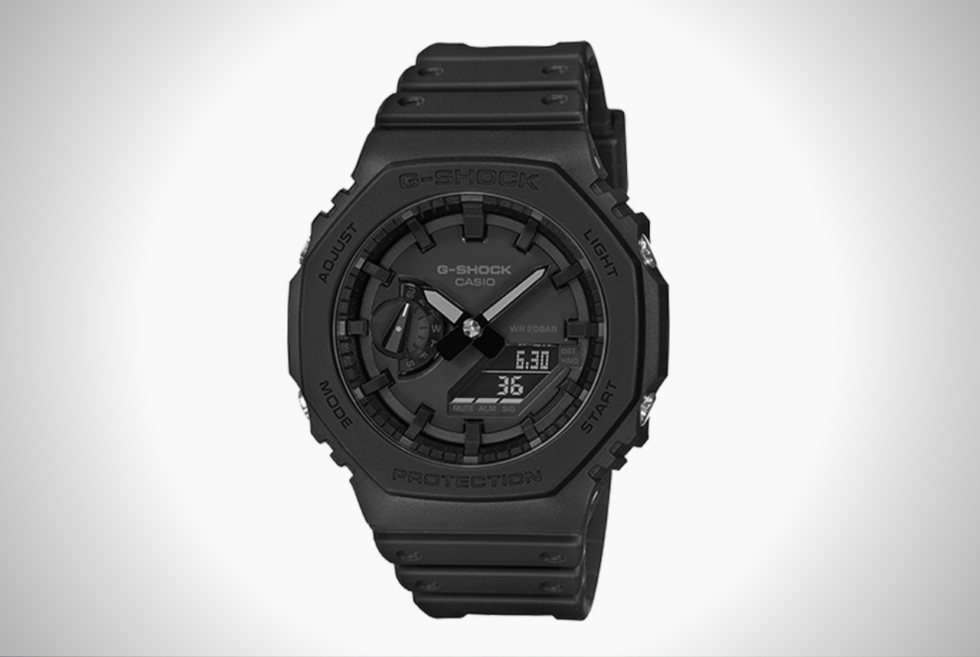 The G-Shock Carbon Core ditches the bulk for a well-rounded, decently-decked timepiece for the aesthetics-loving brutes out there who care about design as much as they do build quality.

For this variant, Casio used its Carbon Core Guard structure, which results in a smaller, lighter, and less imposing watch. Forget the button guards, the formidable tank-like silhouette, and the overall utilitarian design. Instead, you get something more sleek and svelte, but one that doesn’t totally neglect why people love G-Shock timepieces.

So, why the change? Well, for starters, Casio wants more people to actually want wearing its G-Shock watches. As such, the G-Shock Carbon Core dons a look to appeal to the more design-savvy without losing its identity. That’s a tricky balancing act, one Casio breezes through with gusto and dexterity. So, you get the toughness and robustness you’d expect from anything G-Shock, but with the latest technology and in a smaller, more attractive profile.

The G-Shock Carbon Core features a slimmer case that’s just 11.8mm thin for a more subtle look compared to most of the brand’s other offerings. Again, though it trims the bulk, the performance stays. So, you still get hybrid 200-meter water resistance. That and 31 timezones, five alarms, chronograph functionality, an automatic calendar, shock-resistance, and a three-year battery life.

It will accompany you just fine at night thanks to the inbuilt Super Illuminator Double LED Light, so you can go roaming around anywhere and always know what time it is. You can get the G-Shock Carbon Core now for just $99.

Instead of splurging on sweets before Halloween, how about designing your next wrist candy instead with the UNDONE x Kevin Lyons collection?