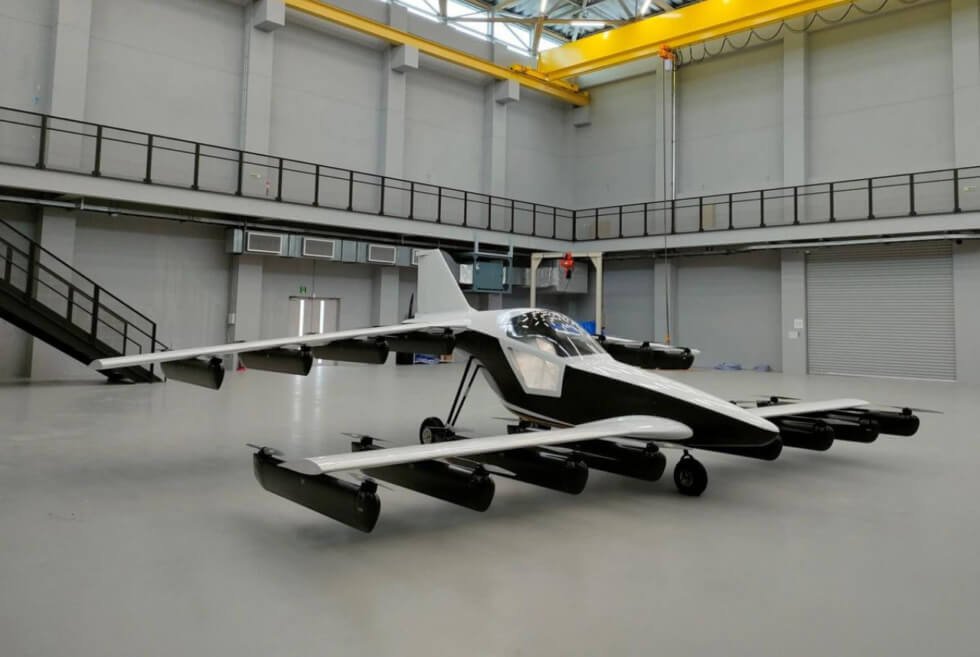 It has been a couple of years since we first saw concepts of personal aircraft being proposed for the future of travel. One of the issues that regularly come up was the lack of infrastructure for landing and take-off. Therefore, the only viable solution, for now, is VTOL technology just like what the MK-5 from Tetra Aviation has.

This single-seat aircraft is currently in the development phase, but the manufacturer plans to make it commercially available in 2022. For lift, the MK-5 will use 32 smaller rotors vertically set on all four of its fixed wings. Meanwhile, a bigger single rear-mounted rotor provides the thrust to fly around in the skies.

Tetra Aviation’s unveiling of the Mk-5 was during the EAA Airventure 2021 event in Oshkosh, Wisconsin last month. It looks like a regular plane with a pair of oversized wings. Noise and emissions are never an issue thanks to its all-electric system powered by a 13.5 kWh battery.

Sans the operator, the clean and green aircraft tips the scales at roughly 1,000 lbs. According to the company, they’re building the frame out of aviation-grade aluminum with a carbon-fiber-reinforced polymers shell. The composite and alloy construction keeps the overall weight down.

As for the range, Tetra Aviation projects approximately 100 miles on a full charge. Cruising speeds, meanwhile, is about 100 mph. Controlling the MK-5 should be easy for seasoned pilots and newbies. It uses an electrical fly-by-wire joystick system.

For safety, it is equipped with Triple-FC redundancy and a ballistic parachute to deploy in an emergency. Testing and regulatory approval will be following soon before deliveries of the MK-5 can begin. Tetra Aviation might also offer the EVTOL in several trims.

The Onda features a 1,000-square-foot owner’s suite, which is roughly the size of a small apartment and twin MTU engines.