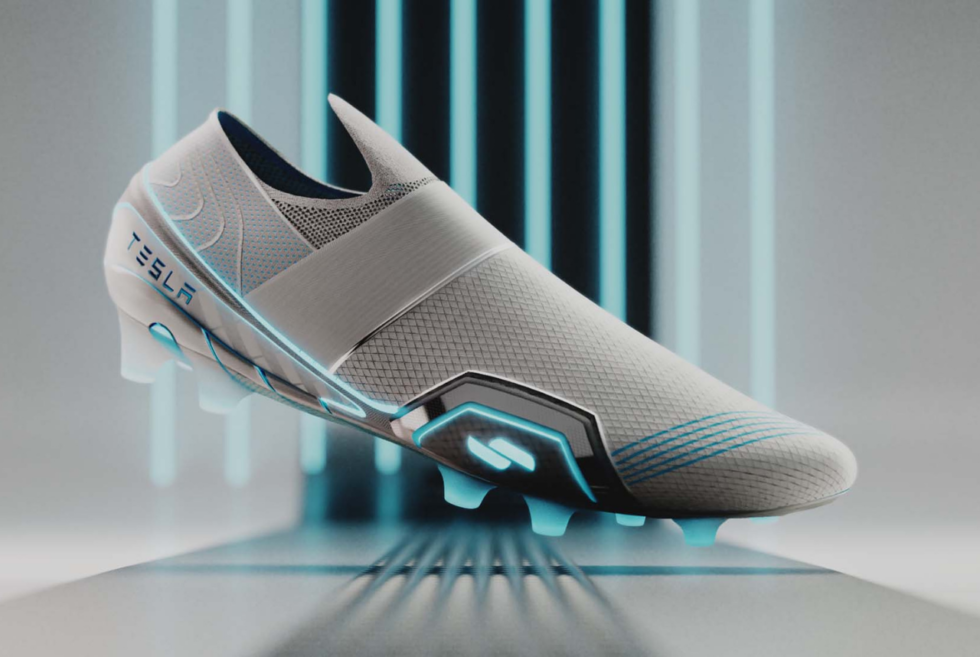 Tesla is the world’s leading manufacturer of EVs. Occasionally, the company also dabbles in other cool innovative stuff. As such, the brand serves as an inspiration for individuals who want to share their creative visions of what tomorrow could have in store for the average consumer. One designer reimagines how a football game at night would light up the pitch with a pair of crazy cleats. Almost everybody dreams of a bright future right?

You have to agree that almost everybody envisions a future wherein almost everything glows right? We blame Tron and other science fiction movies for how they have drilled that idea into our minds. Just recently we showcased light-up sneakers crowdfunding project called ZOOOII. To our surprise, CGI artist Hussain Almossawi was probably thinking along the same lines when designing this pair of Tesla cleats.

With years of experience working for Nike, EA, and Adidas, he knows a thing or two about footwear. The overall profile of his Tesla football shoes is minimalist at best, but the sections he wants to glow look spot-on. He notes that this was a fun concept of what could be possible when two brand share ideas.

In the case of Almossawi’s proposal, we are looking at stylish activewear with an electrifying feature. As with most light-up shoes that you can buy, the cleats of his football boots emit a soft glow. The Tesla emblem on the heel counter as well as other sections of the midsole also has integrated lighting. Given that it is only a concept, we can only guess that it will have some functionality tied to the brand’s EVs as well.

Check out his other works 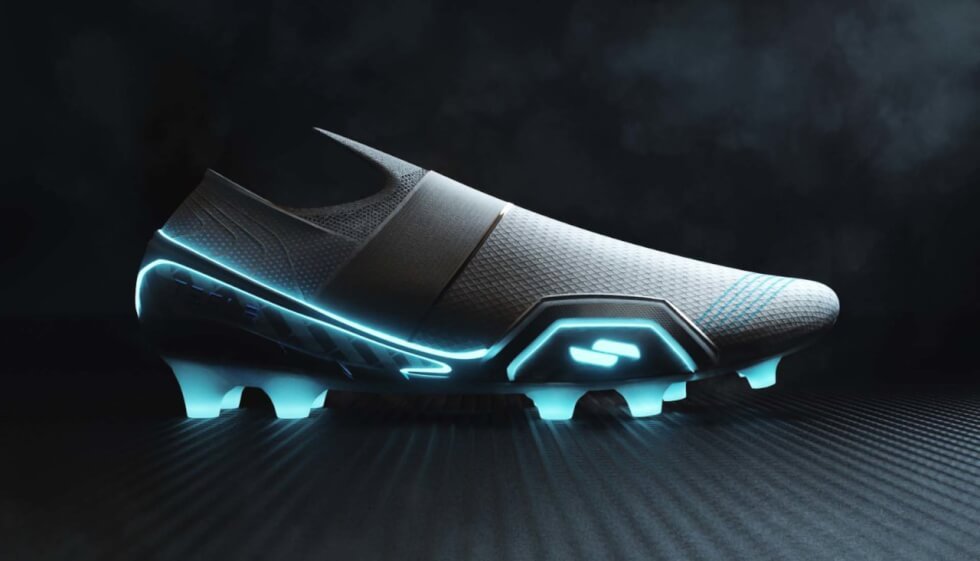 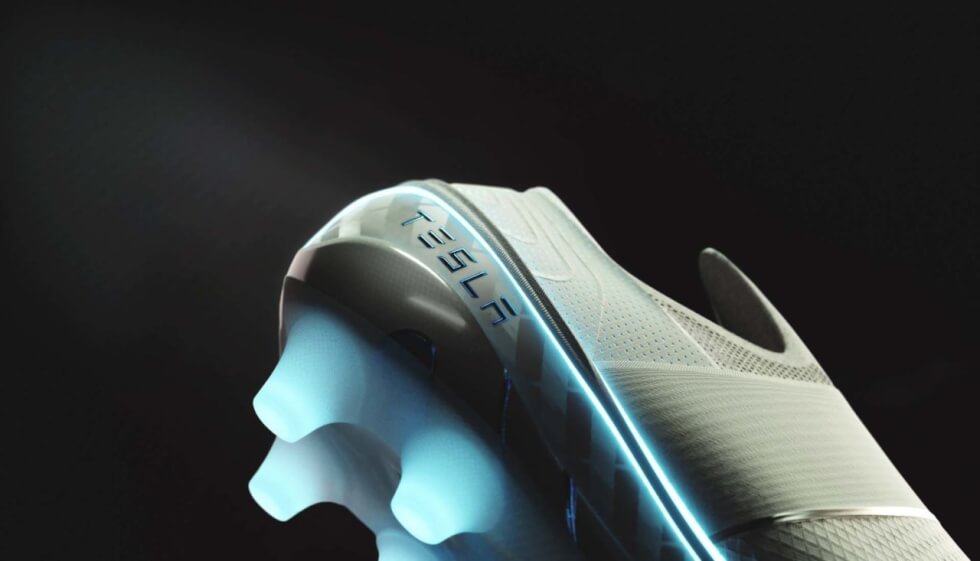 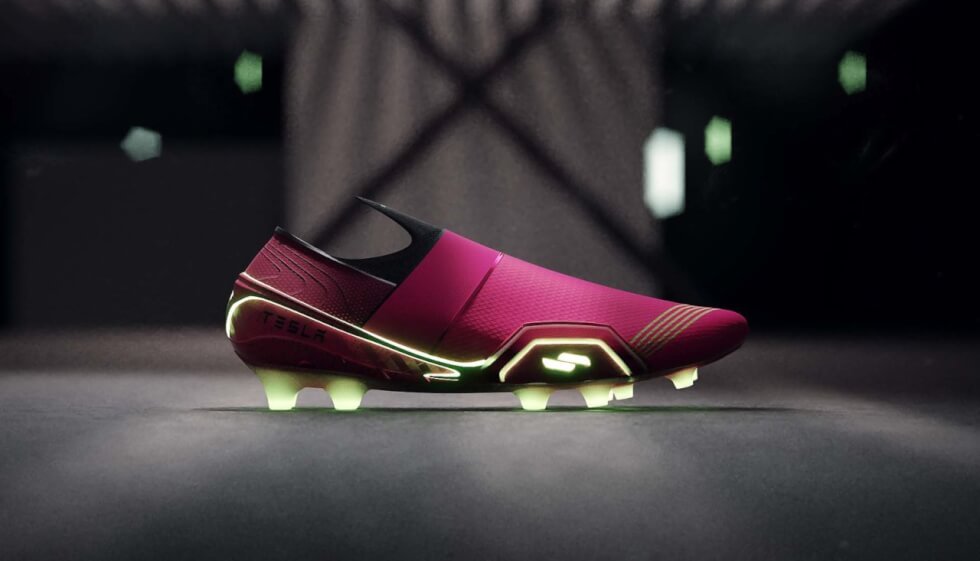 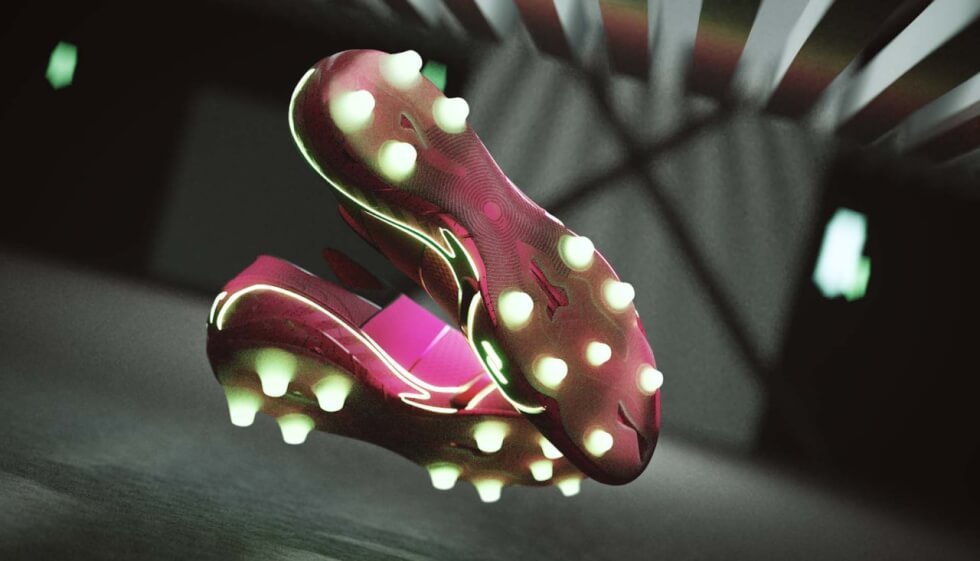 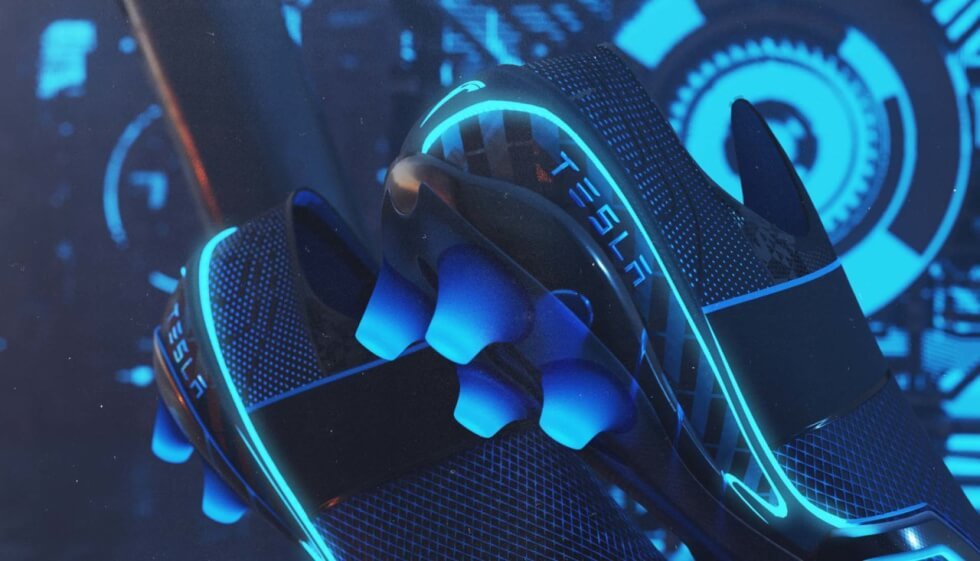 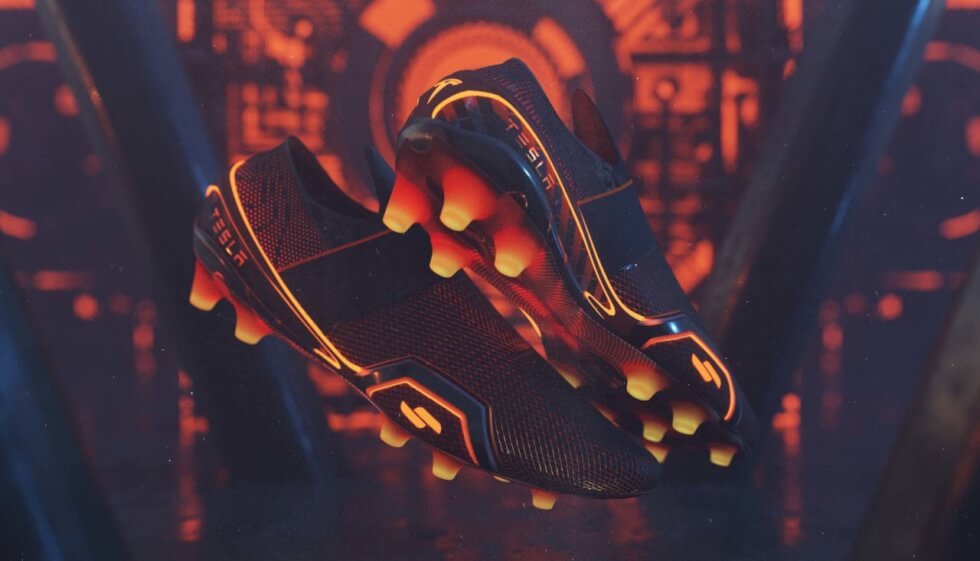 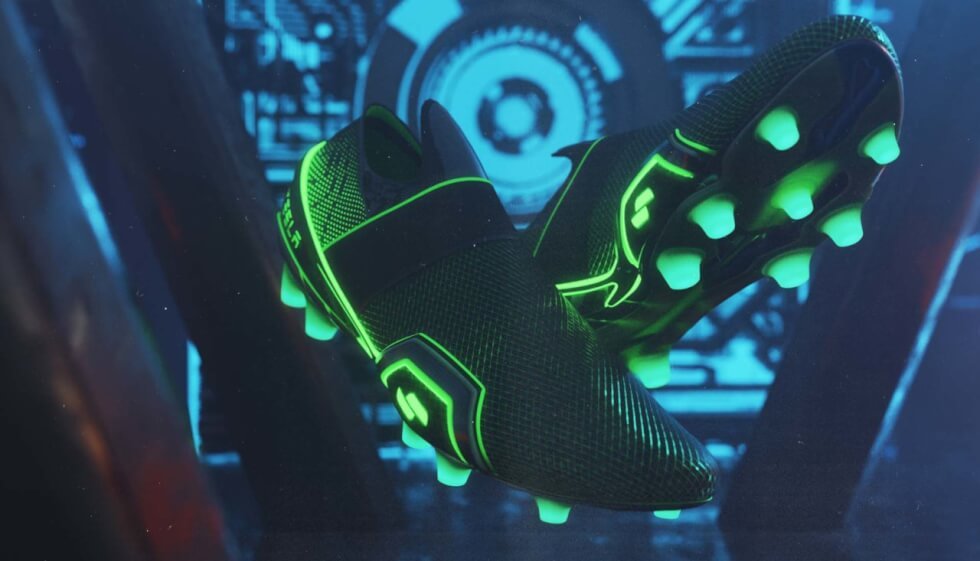 SeaVees presents a dapper yet rugged footwear called the Beyond And Back Boot which delivers waterproof comfort for any scenario.

The rear panel of the Xiaomi 12T Pro Daniel Arsham Edition flaunts a striking eroded design which is the highlight of this device.