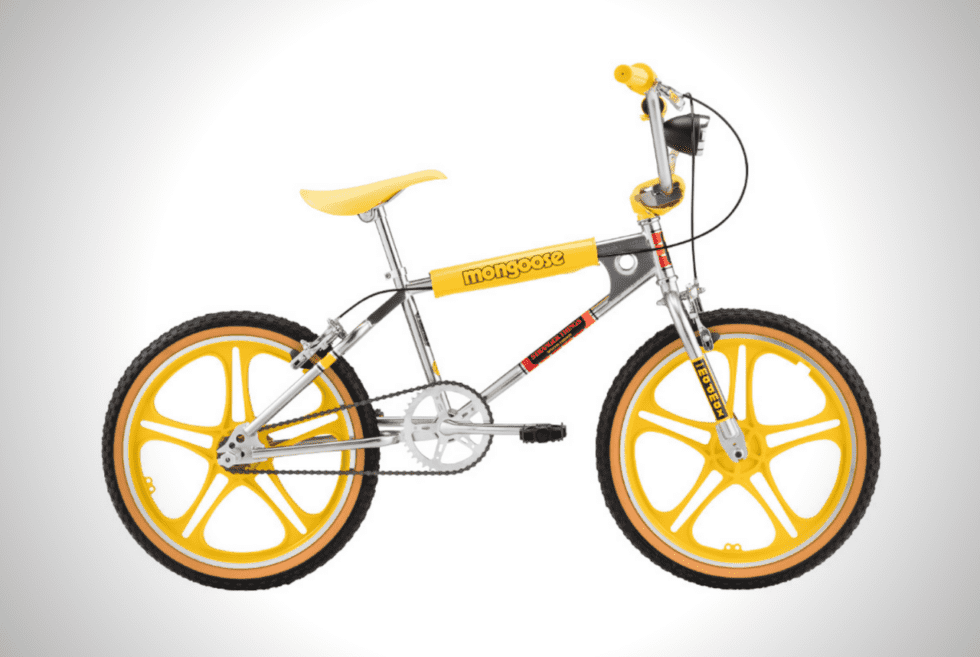 You Can Buy The Stranger Things Season 3 Bike

If you’re a massive Stranger Things fan, you can gobble up another excellent memorabilia from the show: this Mongoose Freestyle Bike coated in a perky silver-yellow sheen.

The Stranger Things Season 3 bike is not only a noteworthy addition to the growing catalog of Stranger Things paraphernalia. In and of itself, it’s also a pretty slick-looking ride. Not too fancy, sure. But not too shabby, either. It’s the perfect choice if you’re just getting started on biking. Fans of the show can now purchase the BMX-style single-speed. That’s right. The ride is modeled after the one Max Mayfield rides in Season 3 of the popular Netflix series. The entire third season starts streaming on July 4.

Just like everything else in the show, the Stranger Things Season 3 bike screams ‘80s. That era has heavily influenced the show’s core elements, including its visuals, themes, cinematography, and even plot points.

At $220, it’s not exactly the cheapest way to score ‘80s swagger. But it’s hard to deny the thing’s a beaut. Just look at that replica frame. And fork. There are retro five-spoke mag wheels and bright yellow handlebars, to boot. The seat and pad set are yellow, as well. This thing is cute as heck, and if your kid is a massive Stranger Things fan, they’d be more than happy to have this.

There’s also an illuminating headlamp that’s very cute. And of course, the rear-axle pegs. They’re highlights on top of highlights. The bike is currently available at select Target stores. You can check out the link below to locate one near you.