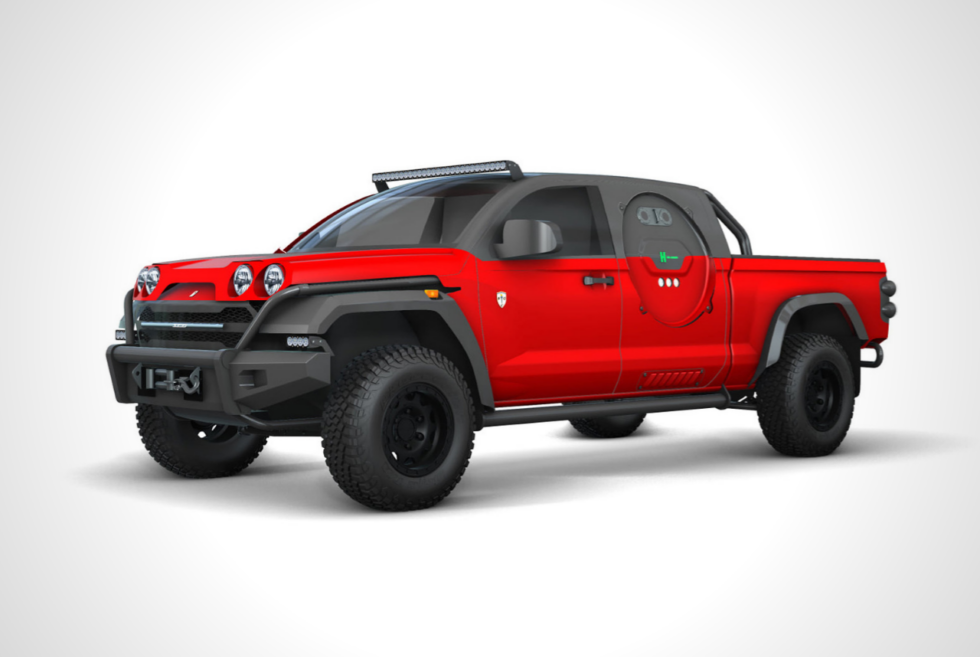 Aside from battery-electric systems, another promising technology that is yet to see mainstream use are hydrogen fuel cells. Unfortunately, there are issues that stand in the way of its mass adoption. Scuderia Cameron Glickenhaus (SCG), on the other hand, envisions a different future. One wherein vehicles like its Zero Emission Hydrogen Fuel Cell Boot Pickup compete with other sustainable rides.

However, electric powertrains continue to dominate. Given the scarcity of hydrogen refueling stations, it is difficult to market vehicles that run off them. SCG’s Zero Emission Hydrogen Fuel Cell Boot Pickup could be facing an uphill battle down the line.

Nonetheless, the boutique carmaker based in Sleepy Hollow, New York says a prototype will be available soon. As suggested by its lengthy name, the SCG Zero Emission Hydrogen Fuel Cell Boot Pickup is based on the group’s Boot Buggy model.

From a design perspective, it looks like a beefy crew cab truck that would be at home on or off the road — camping anyone? Looking at the renders, it seems there are no rear seats liquid hydrogen storage tank occupies the space as well as a section of the bed.

According to the manufacturer, it can be used as a generator for multiple applications. To showcase what the Zero Emission Hydrogen Fuel Cell Boot Pickup can do, SCG plans to compete in the 2022 Baja 1000. Finally, mileage should be anywhere between 600 to 1,200 depending on the trim and configuration.