Even you are a capable swimmer, It’s a different ball game when you’re at sea. Crashing waves, changing tides, unpredictable weather, strong currents, and other nasty stuff lurking below the water. This is likely why some people feel anxious when they board any watercraft. While modern shipbuilding makes most vessels generally safer than ever, there are still factors that can lead to sinking or capsizing. The XSV20 Yacht, on other hand, might be an exception.

With years of extensive experience under their belt, Safehaven Marine presents a ship that can handle rough conditions in open water. Their designers and engineers have been building, patrol boats, FRP pilot boats, and military-grade vessels for about 22 years.

It’s safe to say that they know a thing or two about keeping various types of watercraft afloat in any situation. This XSV20 Yacht on offer is previously owned by Jack Setton, a renowned figure in the yachting scene. He has since renamed it the “ENMER” and its sale is being handled by German brokerage judel/Vrolijk & co.

This motor yacht measures 76 feet long, 18 feet wide, and a 4.3 feet draft. Unlike other vessels of its size, it is possible to operate even without a crew thanks to its joystick control system. Its impressive stability in turbulent waters comes from the catamaran design of its rear sections. Meanwhile, its hydrodynamic hull and robust structure can cut through waves with ease.

Roughly an inch of ballistic glass provides exceptional visibility and can withstand impacts from crashing water. The XSV20 Yacht sports two Hysucraft hydrofoils and Caterpillar C18 engines that output 1,150 horsepower. This allows the vessel to cruise with a max speed of 44 knots with a range of 600 nautical miles. 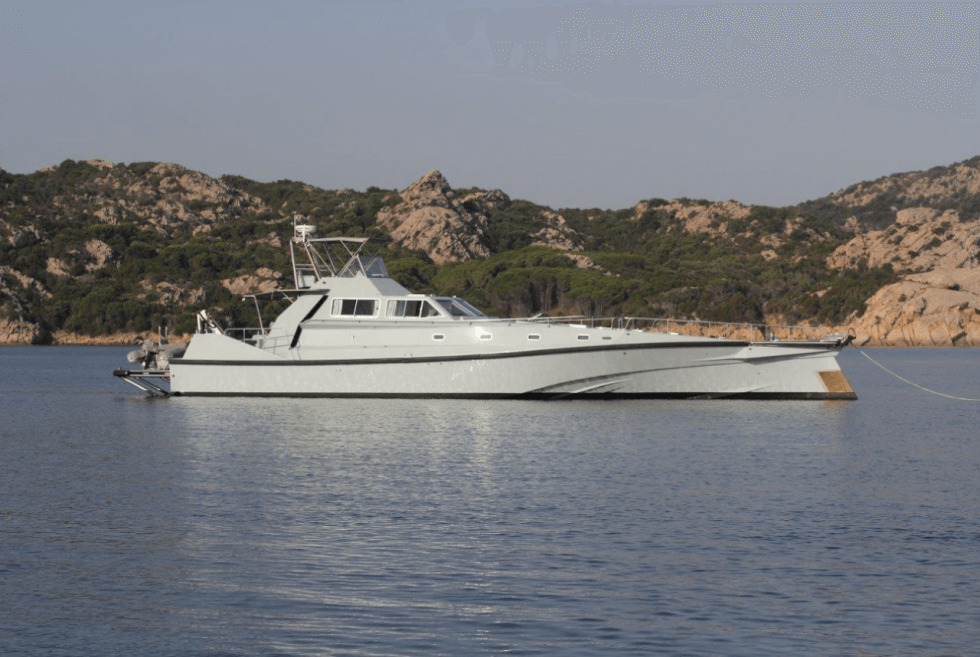 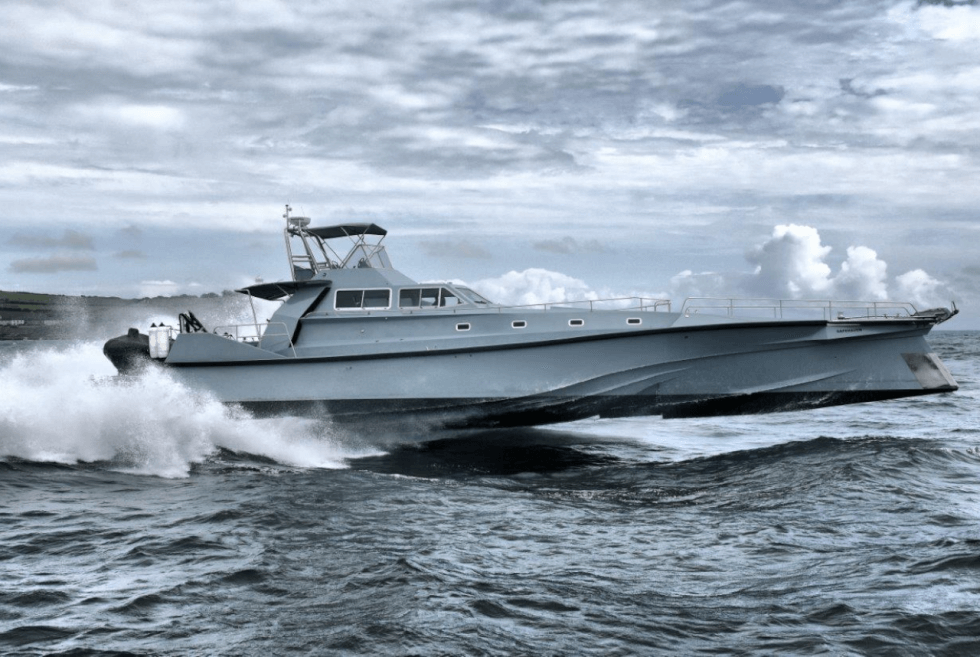 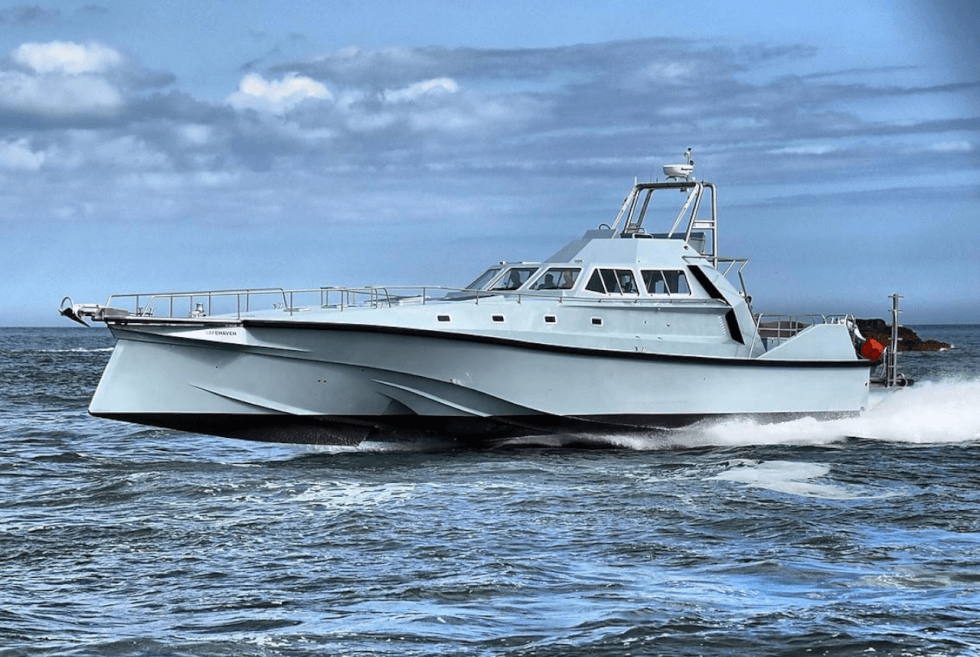 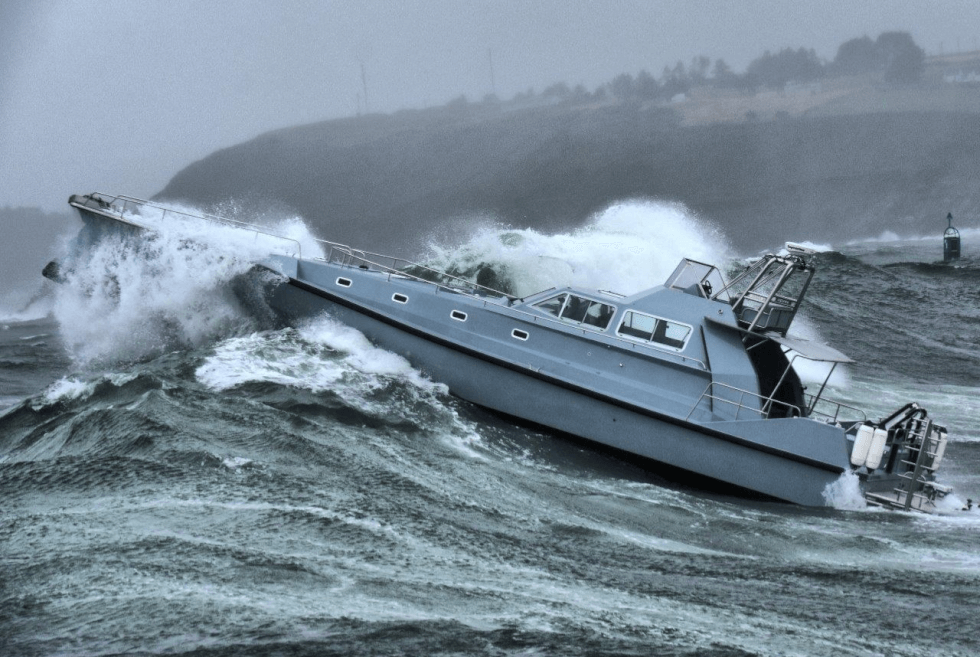 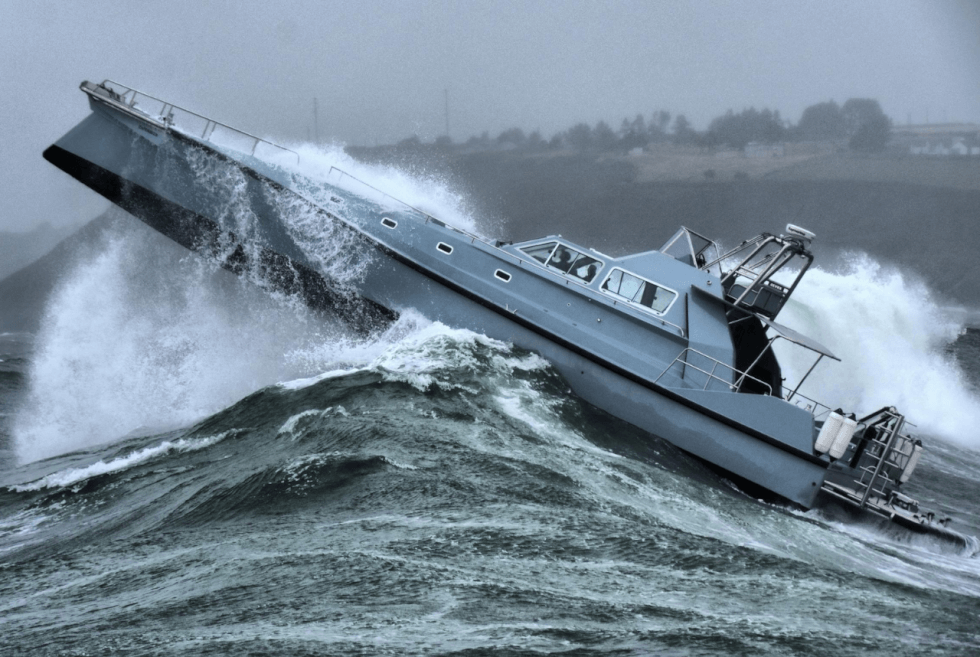 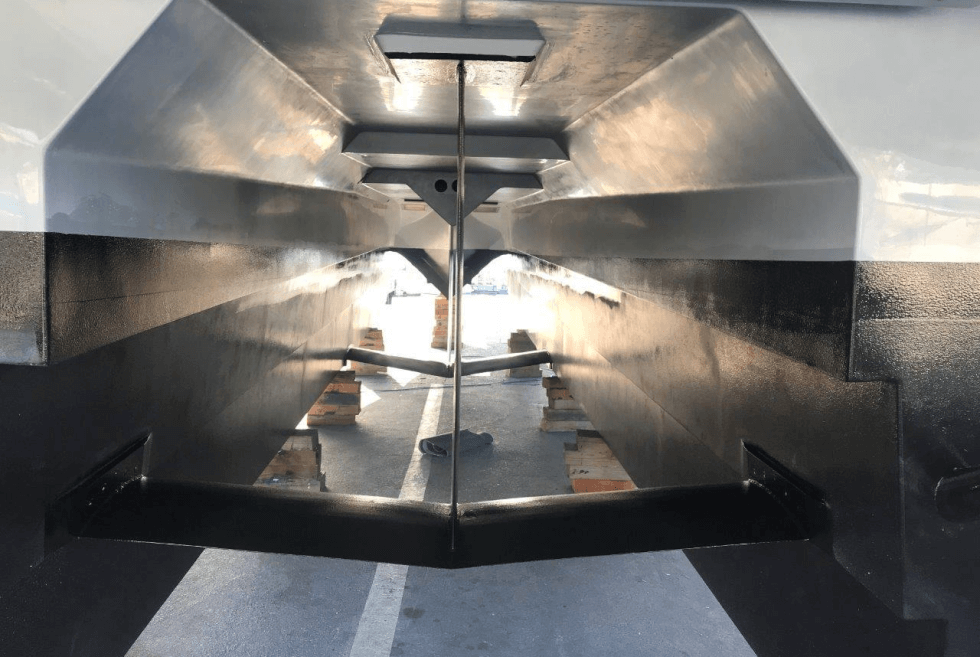 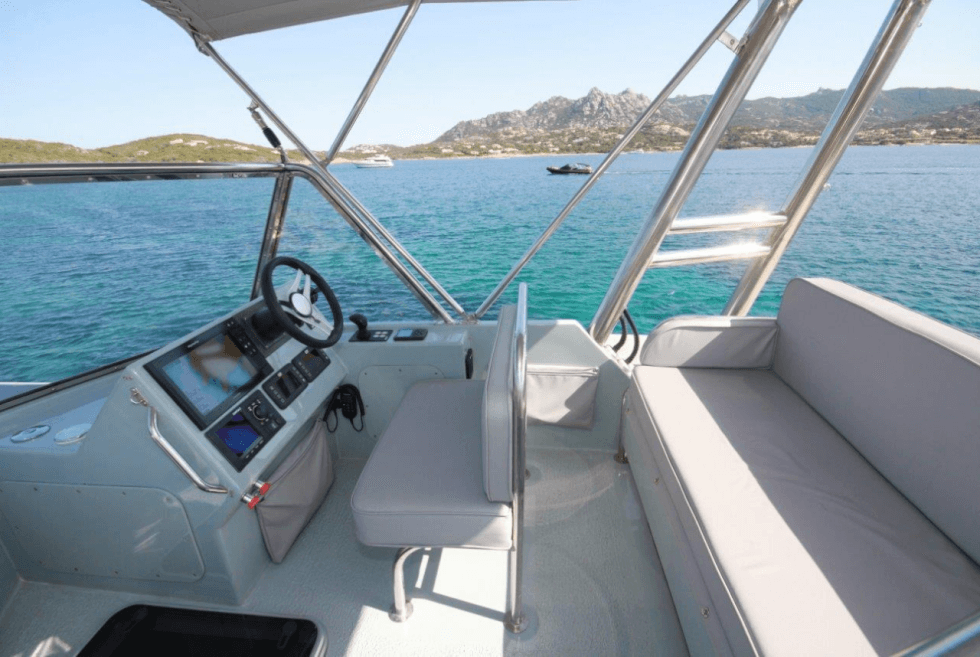 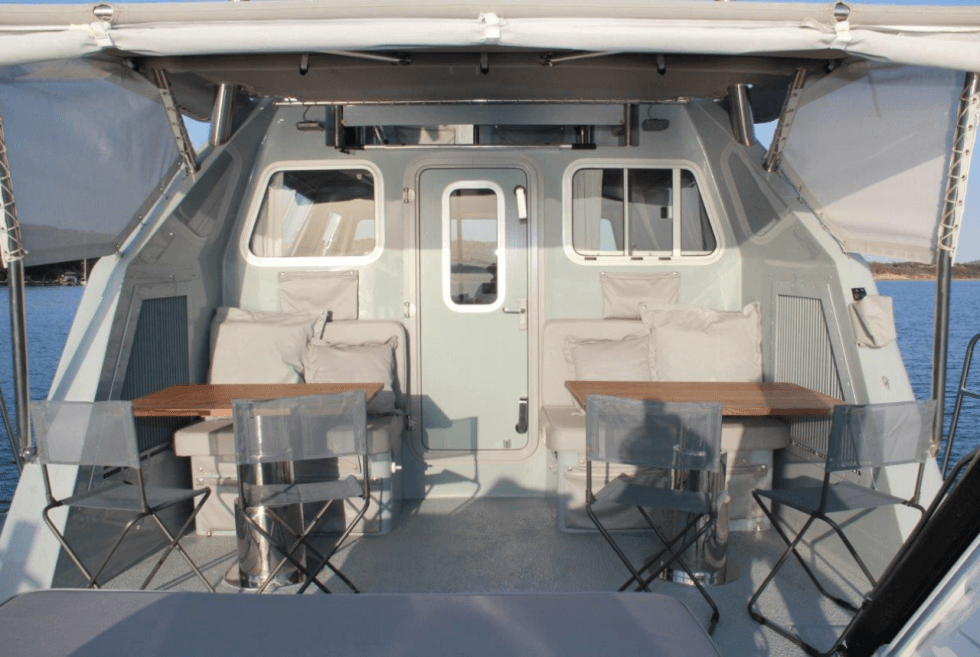 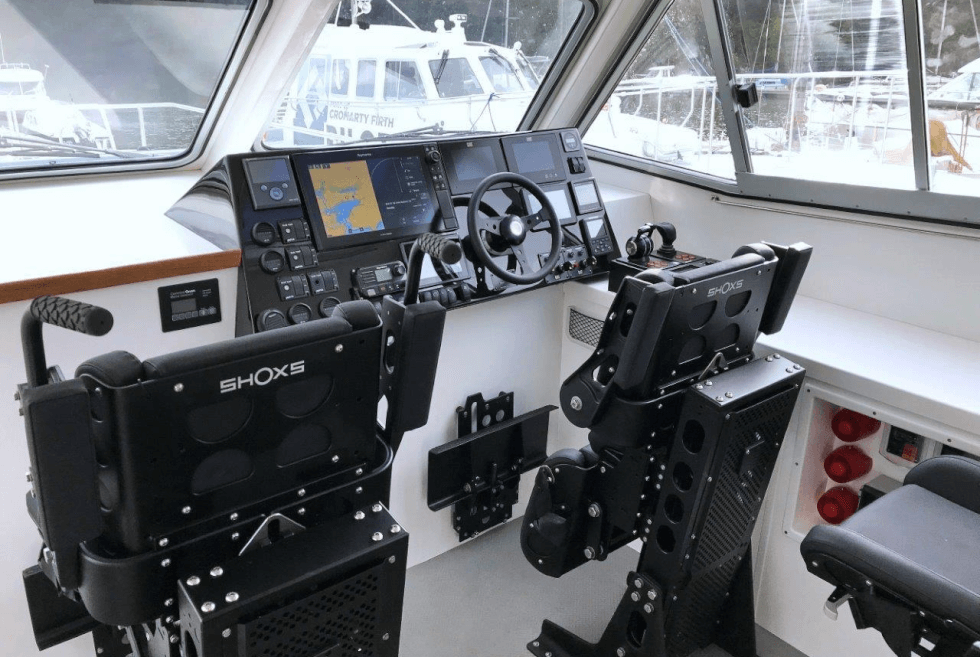 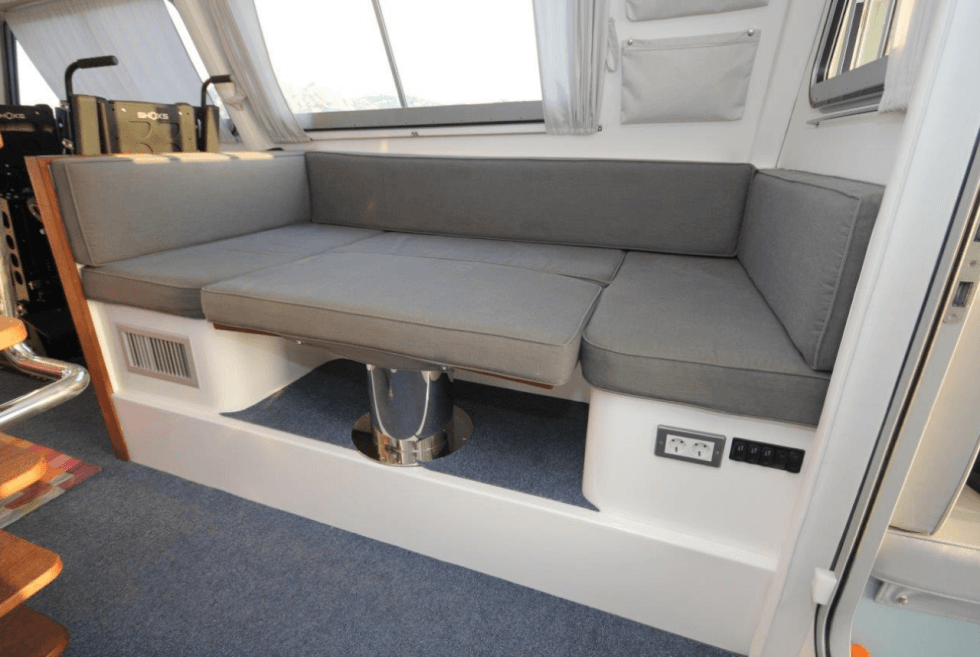 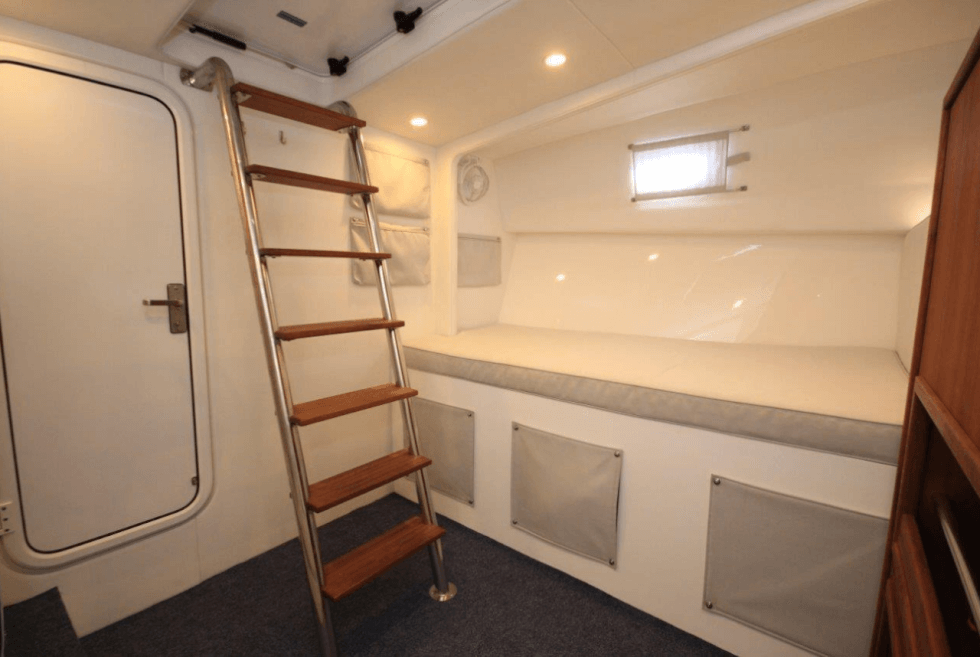 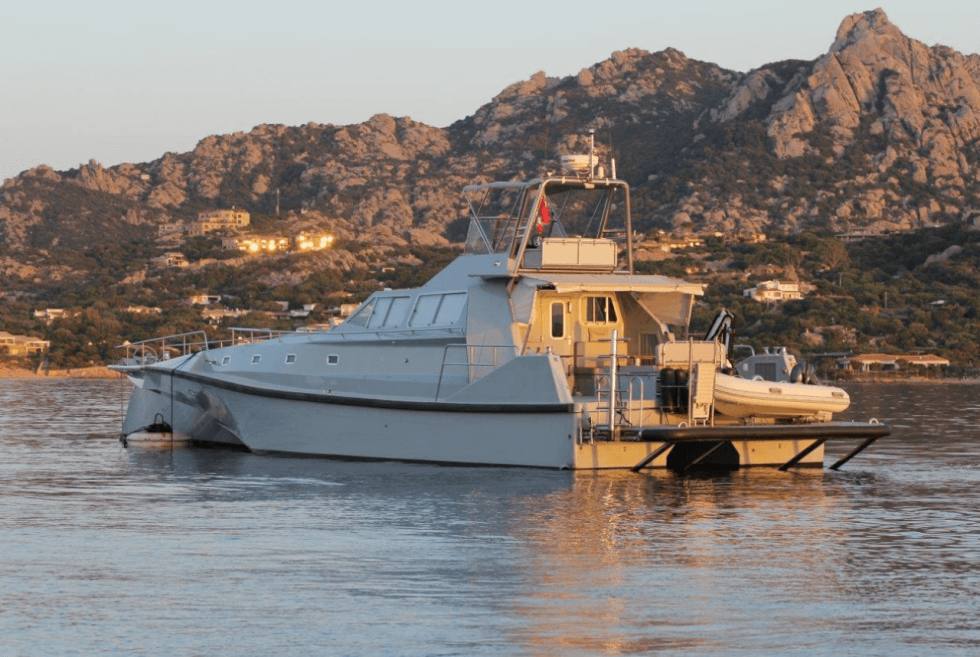 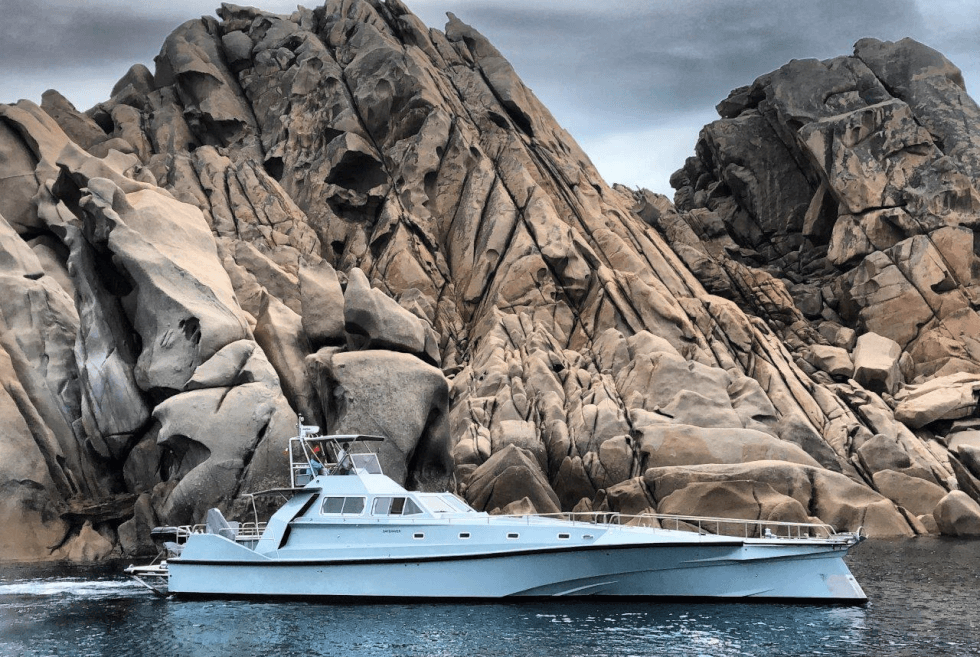