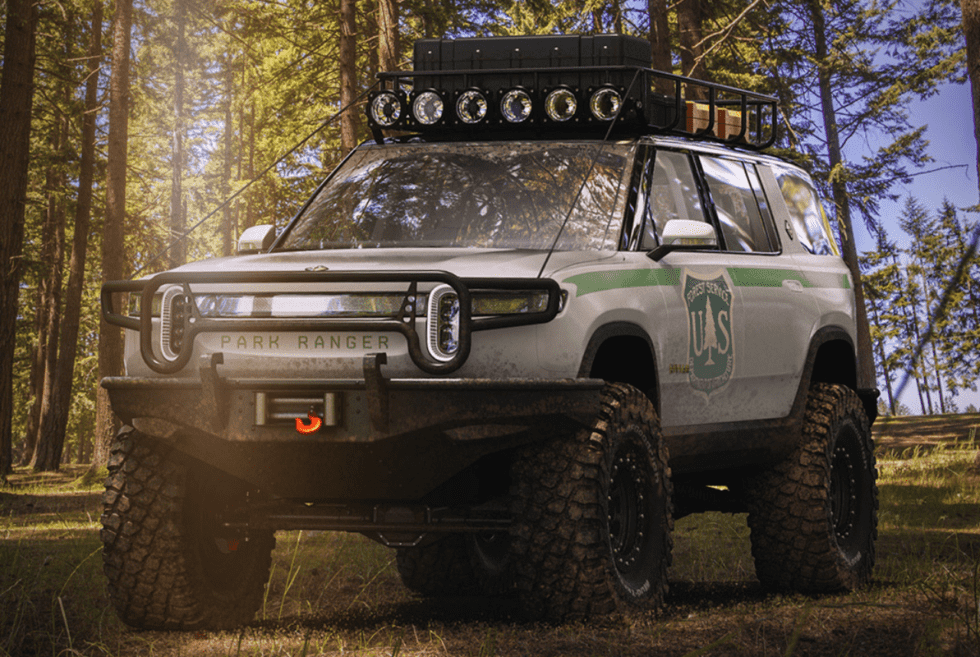 A while back, Rivian unveiled its all-electric R1S SUV, dubbed as the automaker’s Tesla killer. It immediately grabbed everyone’s attention, and understandably so. The car, after all, offers an intriguing argument against getting one of Elon Musk’s battery-powered beassts.

But even though the road version is set to become a fantastic electric vehicle, designer Mo Aoun couldn’t help but imagine a much better version. Which is why this exists — a concept for a Rivian R1S Forest Ranger Edition.

Aoun cobbled this made-for-nature custom job himself. You can get a better look on his Behance page, which you can check out below. The eco-friendly powerplant tops up to 750 ponies, boasting a range of more than 400 miles in the standard version. That means this 4x4v SUV is ready for navigating forests, however dense or thick.

You’ll also find a lift kit here, massive all-terrain tires, and a front-end which. There’s also a light bar on the roof, a grille guard, and a roof rack.

That’s not the most impressive part. The kicker? If Rivian really wanted to, they could add everything to the existing vehicle after the fact. That means they wouldn’t even have to alter the main vehicle before inputting Aoun’s upgrades. It’s rare that a concept is so close to reality. If we were Rivian, we’d definitely be on the phone with Aoun, stat.

Will Rivian ever try to make this build into a reality? Probably not. Is it a cool concept? Definitely. Hopefully the folks at Rivian frequent Behance.

The Pangeos Is An Emission-Free 1,800-Foot Terayacht Concept Shaped Like A Sea Turtle

The Pangeos can supposedly house up to 60,000 people across various types of accommodations and cruise leisurely at five knots.