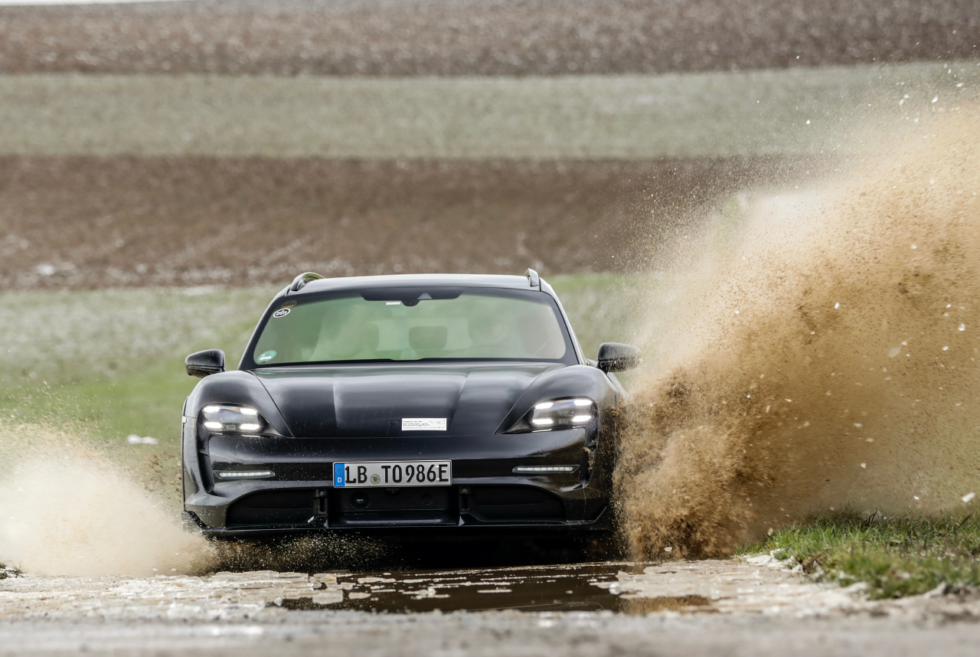 Porsche’s venture into EVs is shaping up to be a great investment for the company. With the sporty Taycan as its poster boy, nobody can say no to the carmaker’s signature look. Perhaps this is what makes it so appealing for longtime fans of the brand. At first many found the pricing prohibitive, but an entry-level trim was made available earlier this year. Now, the lineup welcomes another new member – the Taycan Turbo S Cross Turismo.

Much like its mouthful of a name, this vehicle boasts a bunch of upgrades to set it apart from the regular Taycan catalogue. Let’s start off with the visuals, as Porsches tweaks the design just a little bit to give the Taycan Turbo S Cross Turismo some character.

From the front, it follows the distinct form of the regular models. However, from the back, it’s another story. Drawing influences from the Panamera Sports Turismo, the German marque is giving it a slight rear overhaul.

The Taycan Turbo S Cross Turismo now boasts a longer roof, new rear fenders, and no trunk. In its place now sits a hatch, which we know has its fair share of fans. Its new configuration should add more room inside without any downside to its performance.

Porsche is still keeping most of the details under wraps for now, but automotive industry sources have their speculations. Aside from the new silhouette, the Taycan Turbo S Cross Turismo supposedly rides on a new suspension system. This means ground clearance should be a little higher than the sedan version. Pricing and availability should be revealed soon.