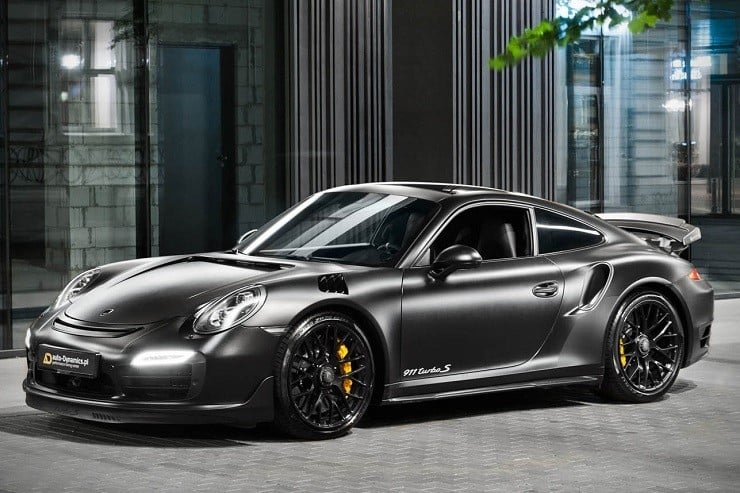 If you thought the Porsche 911 Turbo S was about as awesome as it gets, check out what Polish automobile tuners Auto-Dynamics have done. Dubbed the ‘Dark Knight’ due to its matte black exterior, this mean vehicle was treated to an all-carbon ‘Turbo Aerokit’ that includes upgrades such as the new front spoiler, vented fenders, vented hood, side skirts, and a new rear bumper. A Stinger GTR rear diffuser was added along with a Moshammer movable spoiler on the rear.

The Porsche flat-six engine was reworked to produce 690 horsepower and was given exhaust elements from GMG Racing with an IPD plenum & y-pipes plus intake parts from Agency Power. Inside the ‘Dark Knight,’ there’s a new racing steering wheel and custom RUF floor mats.

While Auto-Dynamics is more well known for their work on Ferrari and Maserati vehicles, they are quite happy with the custom work on this Turbo S and are hoping to add Porsche 911s to their repertoire of customization vehicles. We think they should. 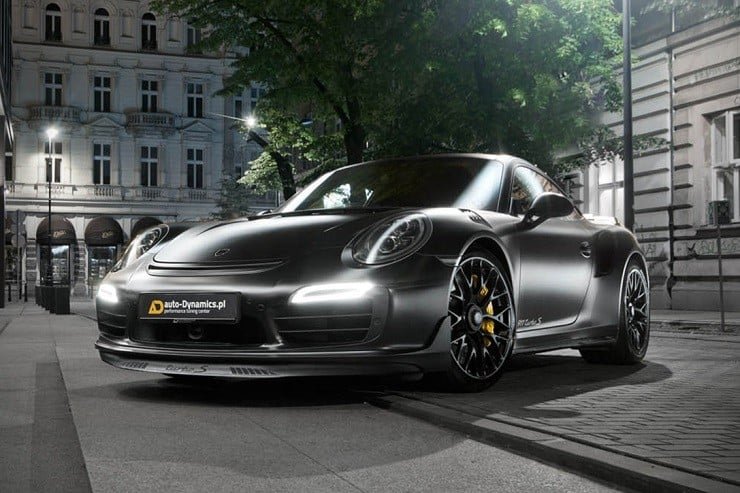 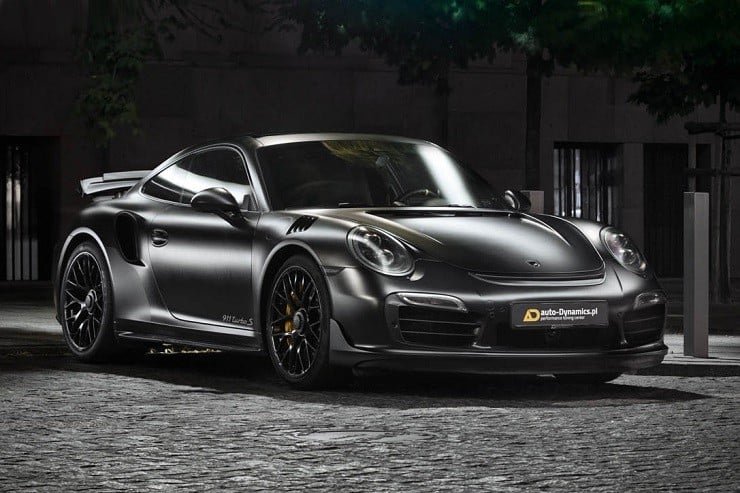 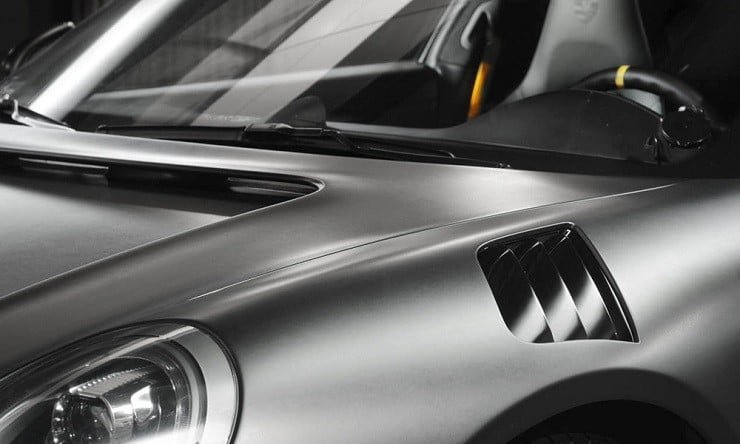 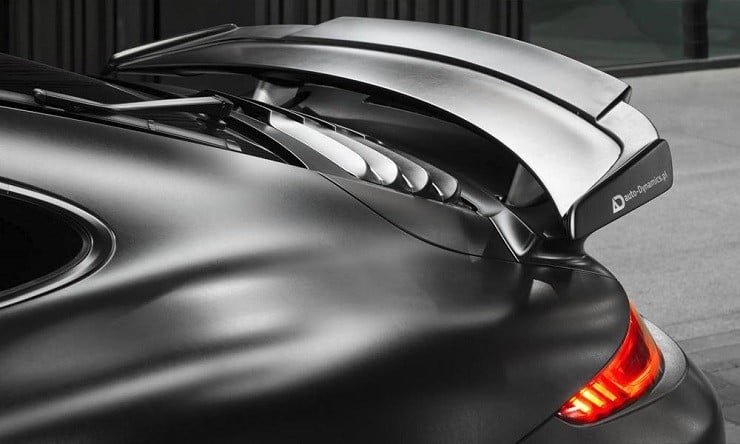 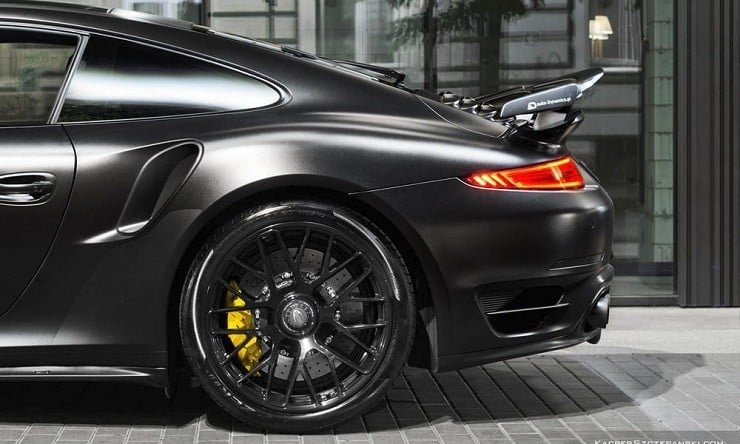 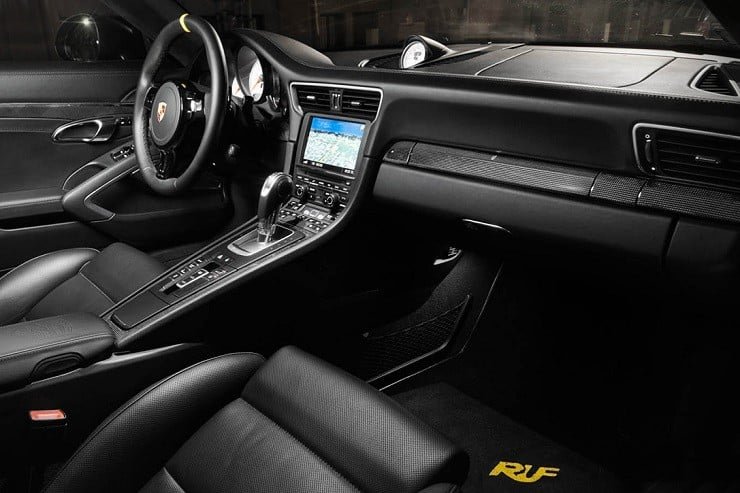 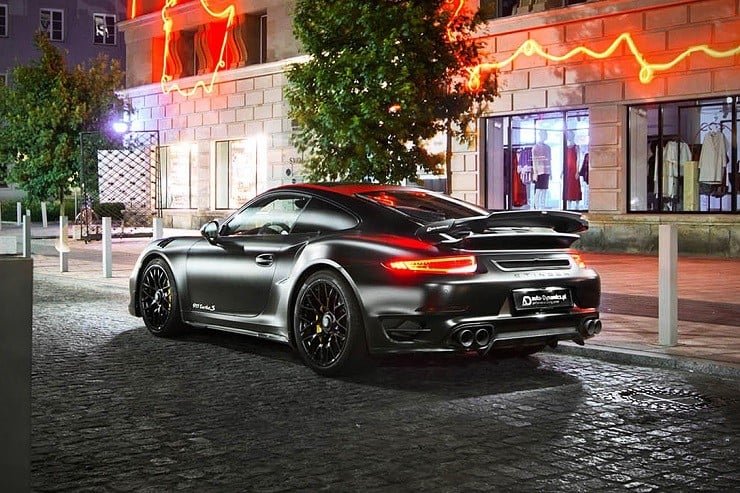