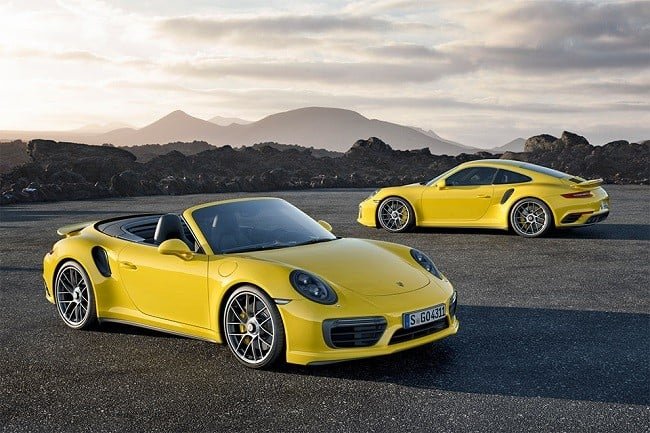 When looking at the official images of the 2017 Porsche 911 Turbo and Turbo S ($159,200+) it’s easy to see that the Germans went with the age-old philosophy: “If it ain’t broke don’t mess with it.” The new models retain the timeless look of the 911, but receive more muscle under the hood.

Due for release early next year, the new Turbo & Turbo S arrive in open and closed variants, and feature 3.8-liter engines that have been enhanced with 20 extra hp (compared to last year’s offerings), to 540 and 580 horsepower. These upgrades translate into a top speed of 198 mph and a 0-60 in 2.9 seconds for the Turbo, while the S claims a max. 205 mph and zero-to-60 in just 2.8s. Other notable specs include the standard 7-speed PDK dual-clutch automatic transmission, all-wheel drive, Porsche’s carbon-ceramic brakes, a steering wheel inspired by the 918 hybrid supercar’s, a new 7″ touch-screen infotainment system, parking assist, LED dynamic headlamps, 20″ wheels, and a carbon-fiber interior trim. Sounds like plenty of treats for your inner racing driver. 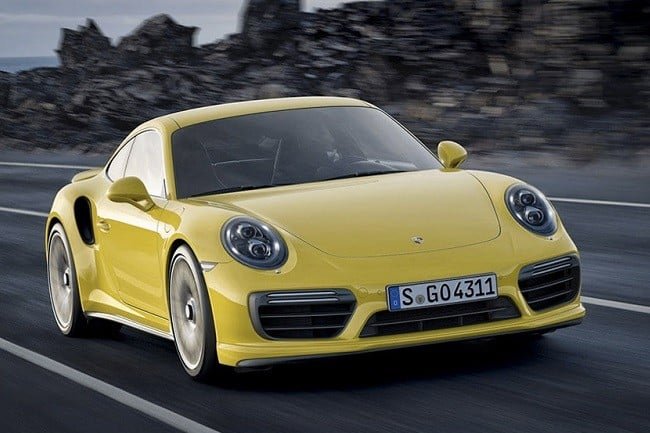 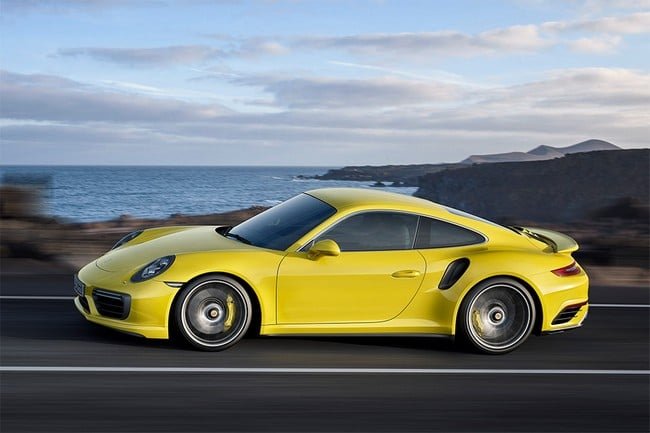 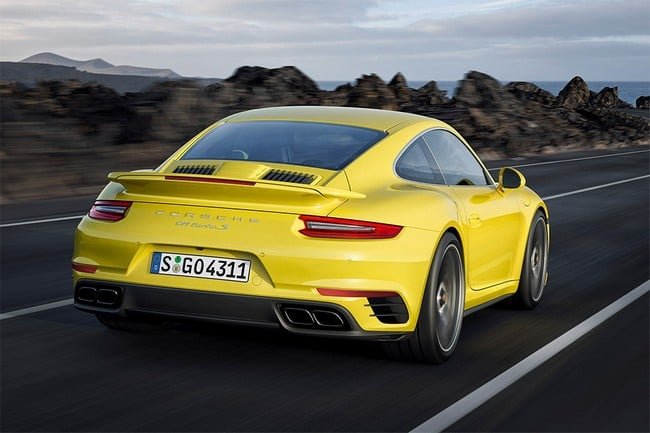 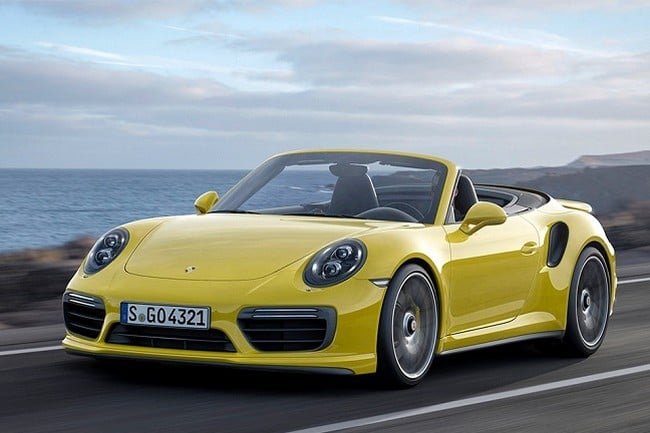 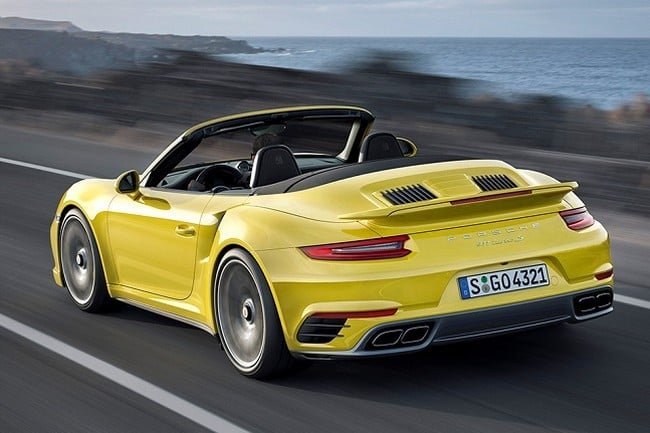 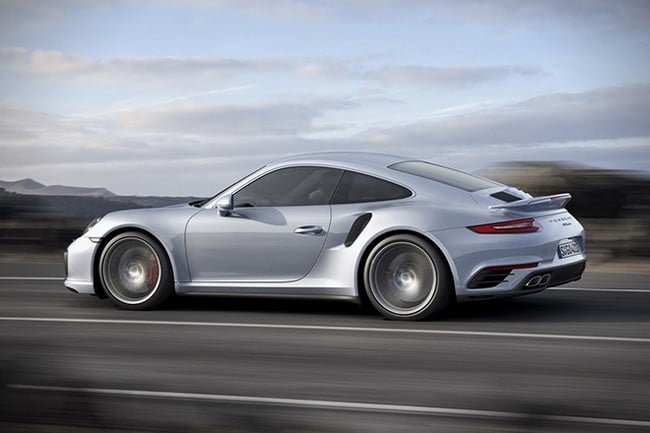 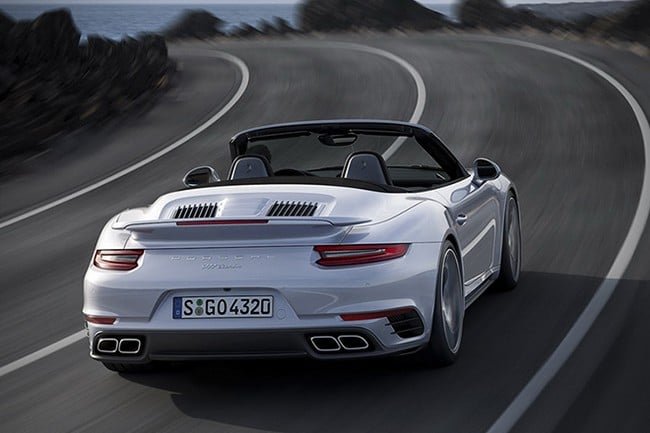 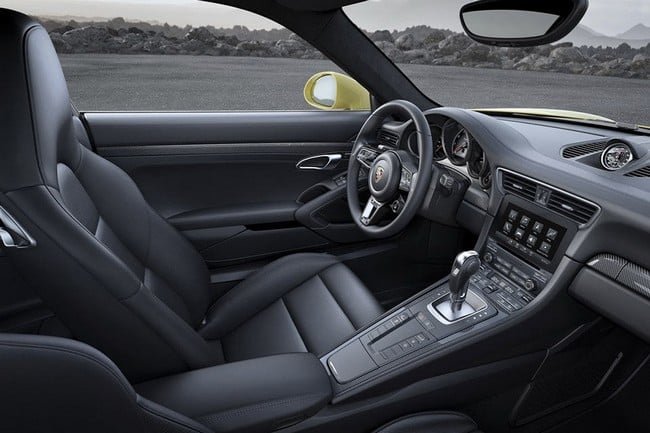 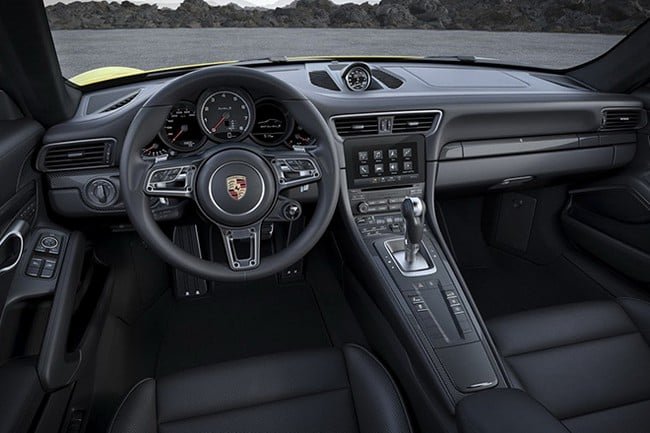