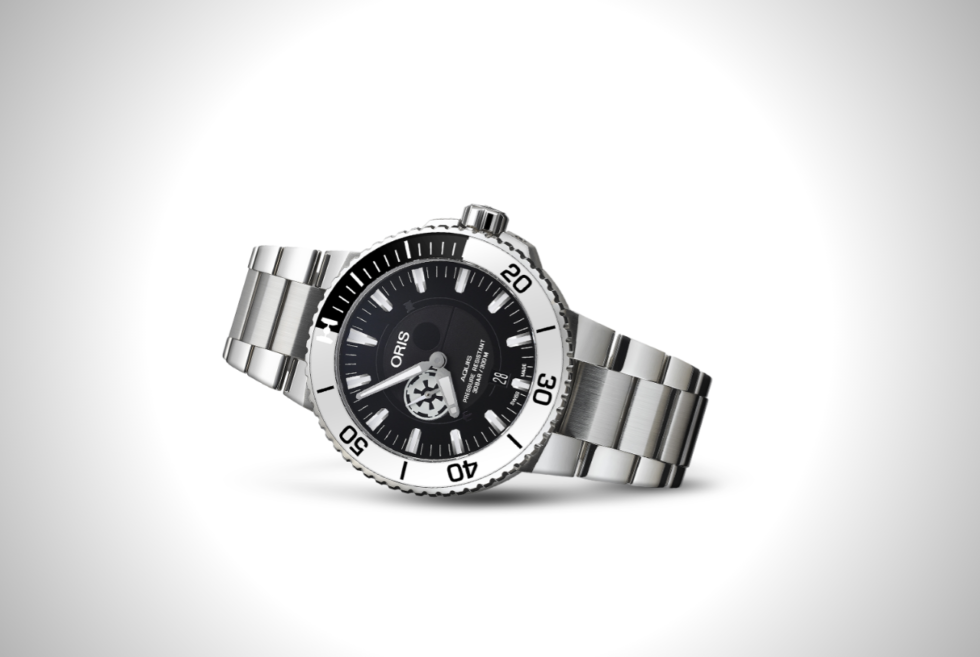 Earlier we gave you a glimpse at a jaw-dropping timepiece from Oris for Star Wars fans. Now, it’s time we check out the other half of the set. This time, the watchmaker is using the Aquis as the starting to point to craft another tribute. This time it is the Star Wars Stormtrooper Limited Edition. Similar to the other model from this exclusive collection, this item is another splendid timepiece any fan would love to own. It shares some design elements with its darker cousin but looks equally sophisticated.

In contrast to the Darth Vader model, Oris is using stainless steel for this particular variant. The case measures 43.50 mm and with white indices, hands, and imperial crest set with a black dial. Meanwhile, the bezel uses the same shade save for a fourth of the section which is in black. Likewise, a TIE fighter icon is visible on the topmost area. Again, we are seeing a shadow of the Death Star on the background, minus any Star Wars branding.

Flip the watch over to see the special engraving of a Stormtrooper helmet on the case back along with other details. The Aquis Star Wars Stormtrooper Limited Edition relies on an Oris 743 automatic movement with a 38-hour power reserve. It’s great that this model uses a stainless-steel bracelet instead of rubber. However, there is an option to get one with a black silicone strap. Earlier this year, this was apparently available exclusively for markets in China, Taiwan, and Hong Kong only. Now, it’s a perfect opportunity for fans to own one as Oris is offering just in time for the premiere of Star Wars: The Rise of Skywalker. 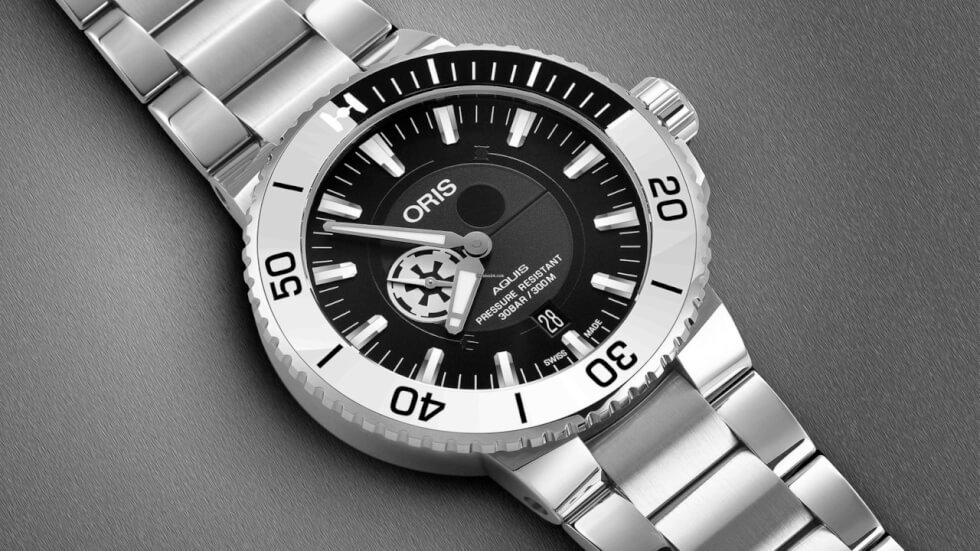 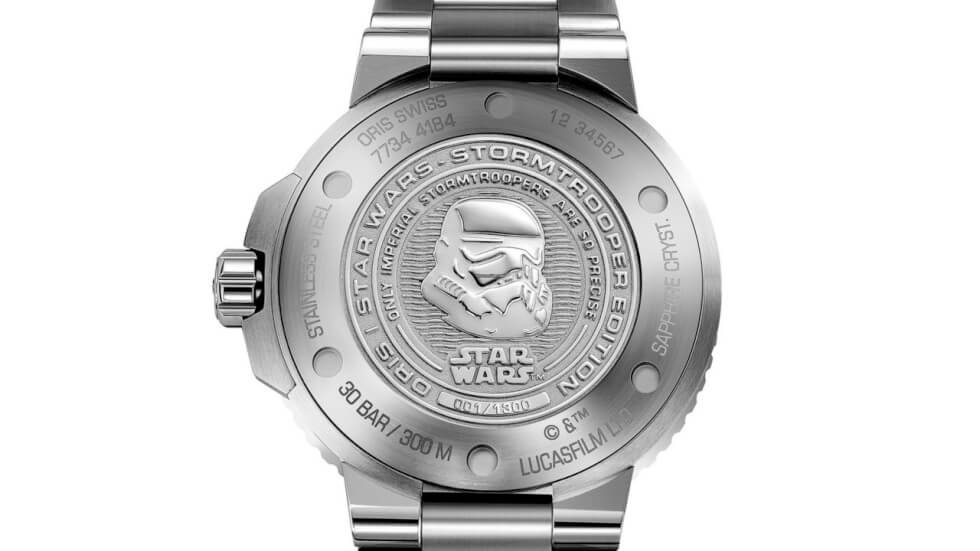 Carhartt WIP x Converse CONS reworked the One Star Pro and Fastbreak Pro in leather and suede and with grippy gum soles perfect for those kickflips.

Vollebak explores the possibility of repurposing waste from the electronics industry into a stylish and sustainable timepiece called the Garbage Watch.