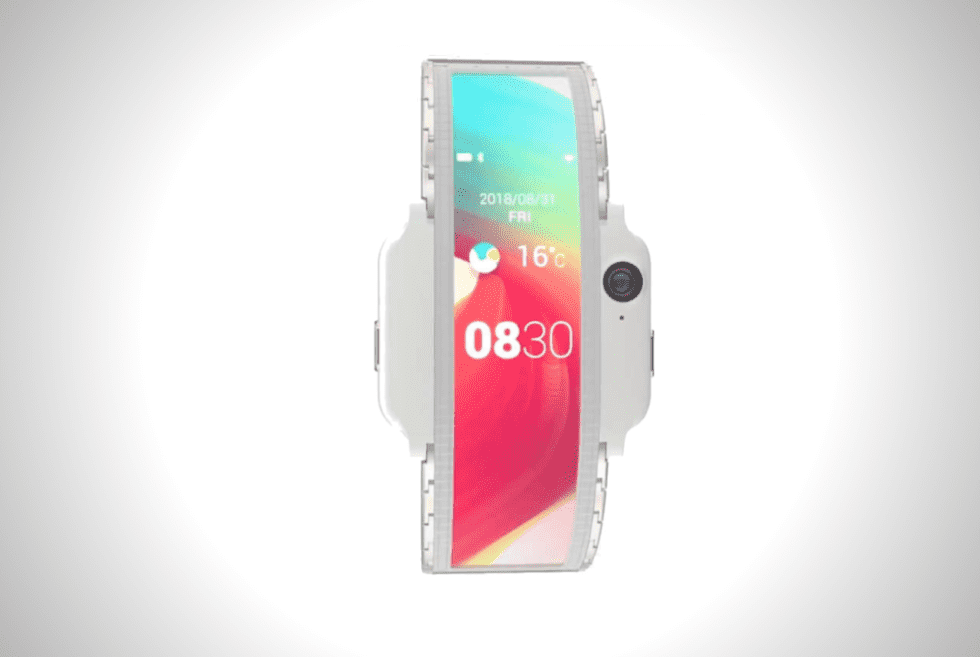 These days, if your phone doesn’t have slim bezels, a curved display, or a screen larger than 5.5 inches, it’s (arguably) trash. However, one company is trying to rock the boat. At IFA, Nubia showed off a phone with a radical form factor that aims to bridge the gap between smartphones and smartwatches.

It’s called the Nubia Alpha, an Android-based device that’s the first of its kind. The company, a relative unknown in the field, bills it as the world’s first “wearable smartphone.” That claim is debatable if you consider smartwatches as “phones.” In all fairness, though, Alpha does boast a lot more functionality than your everyday smartwatch.

For starters, it’s got a “wrap-around” display that covers nearly your entire wrist. That’s a far cry from the square or circular designs from Apple, Samsung, and other smartwatch manufacturers. The Alpha uses an OLED panel, which gives it its flexibility and topnotch colors. It features a metal strap with a selfie camera attached to the side, something that can’t be said of other smartwatches. Also, because it runs Android, you can accept phone calls, control music playback, and even use Find My Phone functionality. Those come on top of its more smartwatch-ey features, like exercise tracking.

Given its form factor, the Alpha is probably going to be a tough sell. That tall screen, for one, will make it hard to run traditional apps. Unless developers do something about it, of course. Moreover, its abilities don’t really transcend what’s already possible on our current smartphones. Even still, the Nubia Alpha is nice concept.

Neck Pillow For Traveling: A Shopping And Maintenance Guide

If you’ve already been eyeing a neck pillow, reading some quick shopping guides can help you get the best of the best.