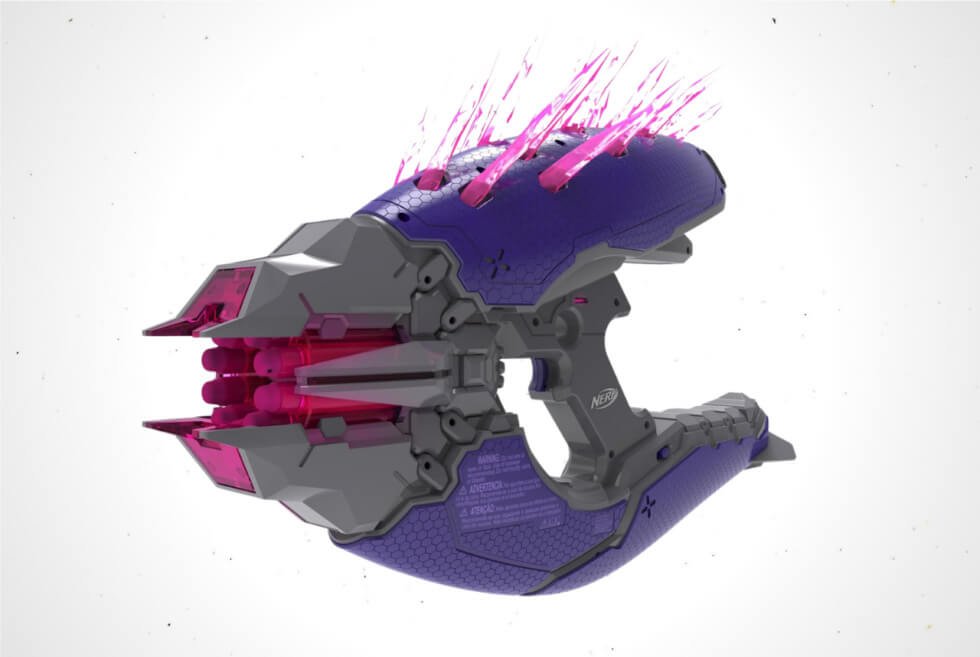 On paper, the Xbox Series X is definitely the more powerful current-generation console. Even gaming industry pundits agree on the matter, but why is it losing major ground to Sony’s PS5? The answer is simple. Microsoft’s new platform lacks exclusives! Fortunately, the forthcoming release of “Halo Infinite” could turn the tide and NERF LMTD hypes us up with the Halo Needler.

We’re big fans of the shooter since it came out for the original Xbox. In fact, many agree that it was the title the pushed sales of the game system and established Microsoft as a household name among gamers. There’s no shortage of replicas based on the franchise, but most are just for display or as props for cosplay.

That all changes with the Halo Needler here. As with any NERF blaster, this fires foam darts at any target. Too bad currently technology cannot mimic the tracking capabilities of the Covenant weapon just like in the game. If Hasbro manages to develop one, we’re sure the military would be the first to have it.

Anyway, at least the toy is visually accurate with its silhouette and color scheme. Also referred to as the Type-33 Guided Munitions Launcher, the Needler fires crystalline projectiles that home on in foes. NERF LMTD’s version is motorized and fires 10 rounds from the rotating drum.

The battery-operated blaster features lighting effects that simulate how it operated in-game. To sweeten the deal the Halo Needler arrives in premium packaging and even includes a display stand. The details and functions should please hardcore fans of the long-running Microsoft exclusive. The MoFinderX1 GPS Pet Tracker works without mobile data or network to monitor your pet or item's whereabouts up to 6.4km and gives precise location and distance.

If you just want to relax and keep your feet ventilated, the Reef Spackler might be what you need to hit the links in comfort and fun.

Fear not! We've done some digging for you and found the world's brightest flashlights available on Amazon right now

The Prepd Chef Skillet boasts the versatility of a cast-iron skillet at a lighter weight and the convenience of a non-stick pan with its smooth, chemical-free cooking surface.

Stay Protected On the Go With The Matador Keychain Mask

The Matador Keychain Mask serves as a backup face mask with its lightweight and compact size small enough to fit inside its keychain silicone case but good enough to provide protection.