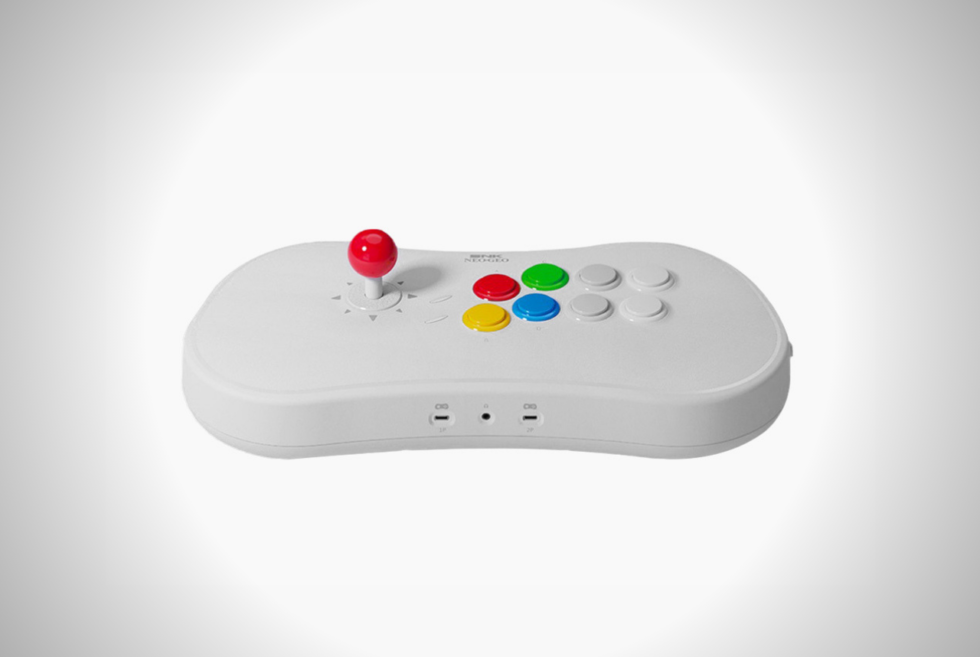 Although it might seem that the retro gaming craze is starting to slow down, the upcoming lineup of products says otherwise. Konami is giving us the TurboGrafx-16 Mini, while SEGA is pushing the Genesis Mini out into the market. However, we did not expect SNK to have something in the works until now. The NEOGEO Mini was a versatile gadget with a built-in screen to let you play games anywhere. Now, the manufacturer is taking another crack at it with the NEOGEO Arcade Stick Pro.

While its predecessor resembles an arcade cabinet, this new device features a full-size joystick and buttons. Gamers know SNK as one of the leading publishers of fighting games. Therefore, the company is hoping to entice players to pick up the Arcade Stick Pro to play those type of games.

There were some brawlers included with NEOGEO Mini, it was difficult to play because of the cramped controller layout. Popular titles such as The King of Fighters, Samurai Showdown, Fatal Fury, and others require precise controller execution. So far, the company is hinting at 20 games that will be available to play the moment you plug it in.

Just like most retro game systems, the NEOGEO Arcade Stick Pro will feature an HDMI out port. Moreover, it will reportedly support PAD controllers and even the NEOGEO Mini. We’re still waiting for information regarding the release date and price right now. Meanwhile, Nintendo still gets the credit for jumpstarting this nostalgic trend. Nevertheless, we still think that FC-PVM from Love Hultén looks way more stylish than anything right now.