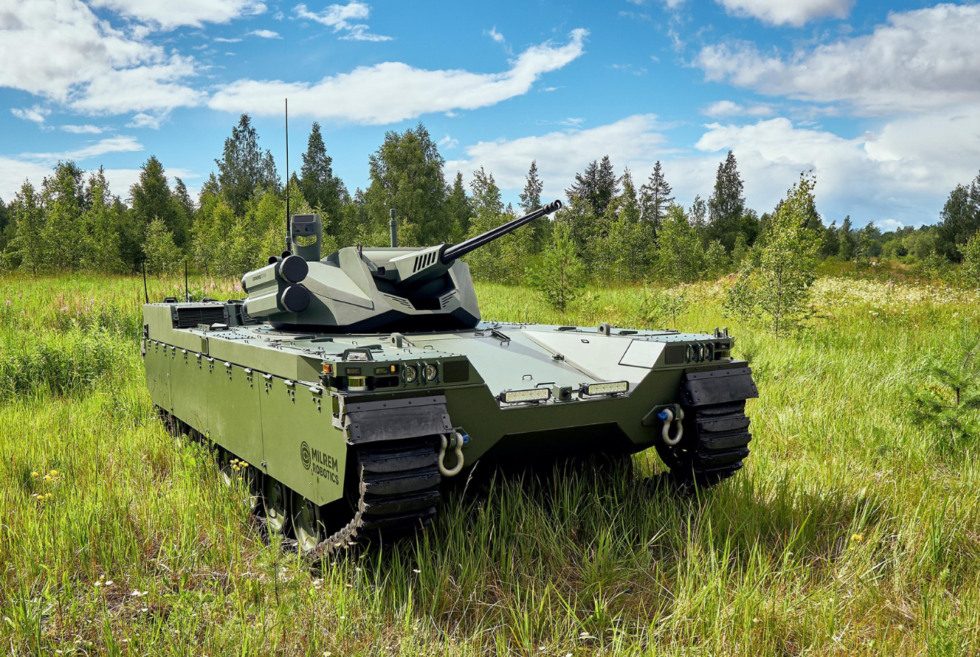 Conflict is never a good thing, but there are situations when battles are inevitable. Casualties are a sad reality of war, which is why the military is actively researching and developing tech that could reduce or prevent its likelihood. Modern weaponry and protective gear can contribute to survivability, but robots could be the solution. Milrem Robotics seems to think so as well and introduces a new platform called Type-X RCV.

If their new machine looks familiar, it might be because we previously featured the company’s Mutilscope UGV. While the Type-X RCV is purposely designed for warfare, the latter was intended for commercial, forestry, and emergency response. Therefore, Milrem Robotics had to rework the schematics to meet the demanding requirements set by the military.

According to Milrem Robotics, RCV stands for Robotic Combat Vehicles. What makes the Type-X RCV impressive is the modular capabilities it brings to the table. Depending on what their tactical operation requires, the manufacturer can outfit it with various weapon systems.

One of the templates shows it with 25 mm or 50 mm autocannons, while another mounts a multi-canister launcher. In its base configuration, the Type-X RCV measures 236.22 x 114.2 x 87 inches and weighs 26,456 lbs. Milrem Robotics lists it at STANAG 4569 Level 4 for kinetic energy and artillery. Meanwhile, explosive protection from mines and IEDs is at STANAG 4569 Level 1.

It runs on a hybrid diesel-electric drive which supposedly operates with a low or zero noise signature. The maximum payload should be around 9.039 lbs. The Type-X RCV can ford through water up to 60 inches deep and move up includes up to 45 degrees. Finally, top speed maxes out at 50 mph. 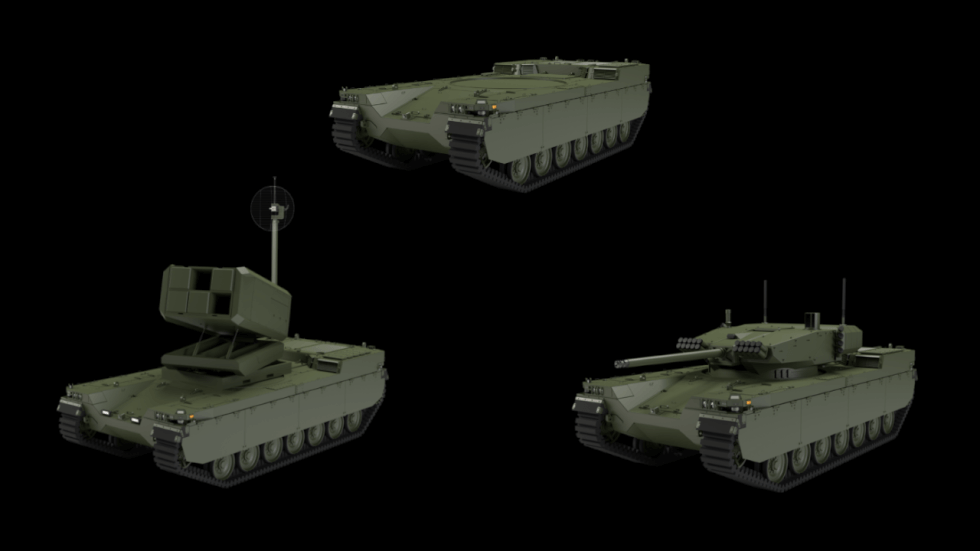 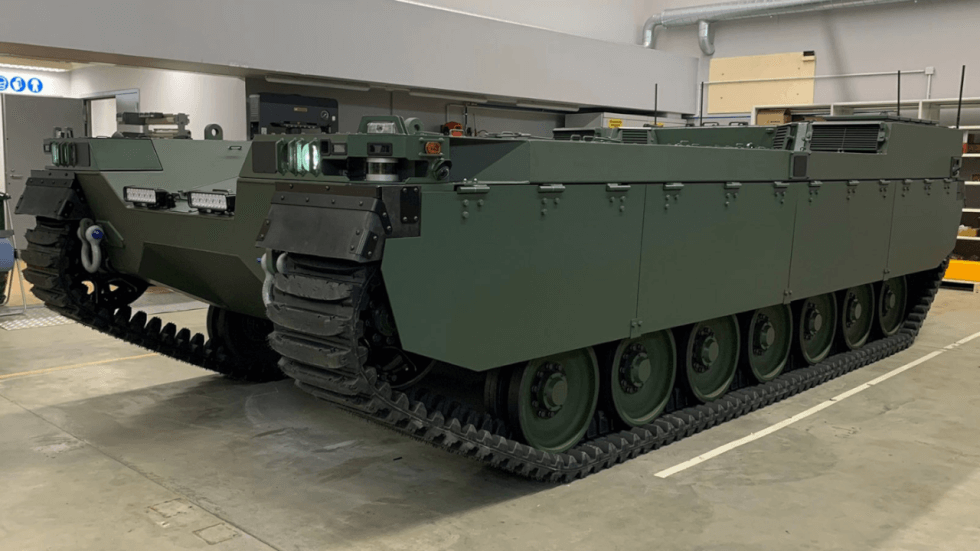 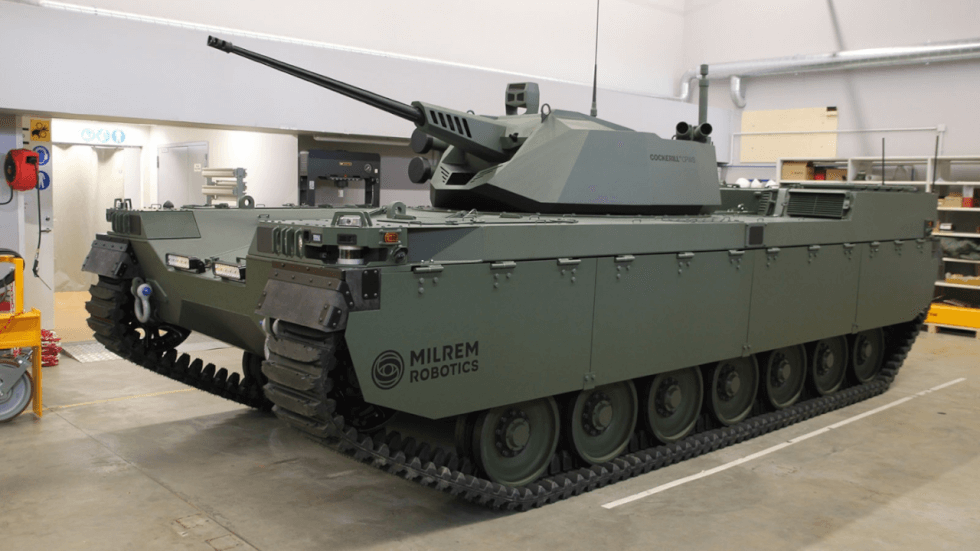 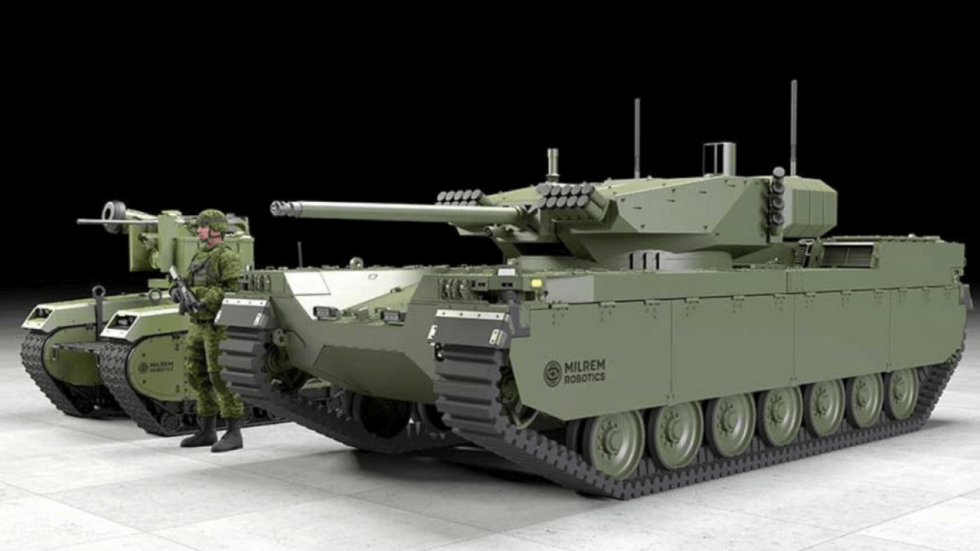 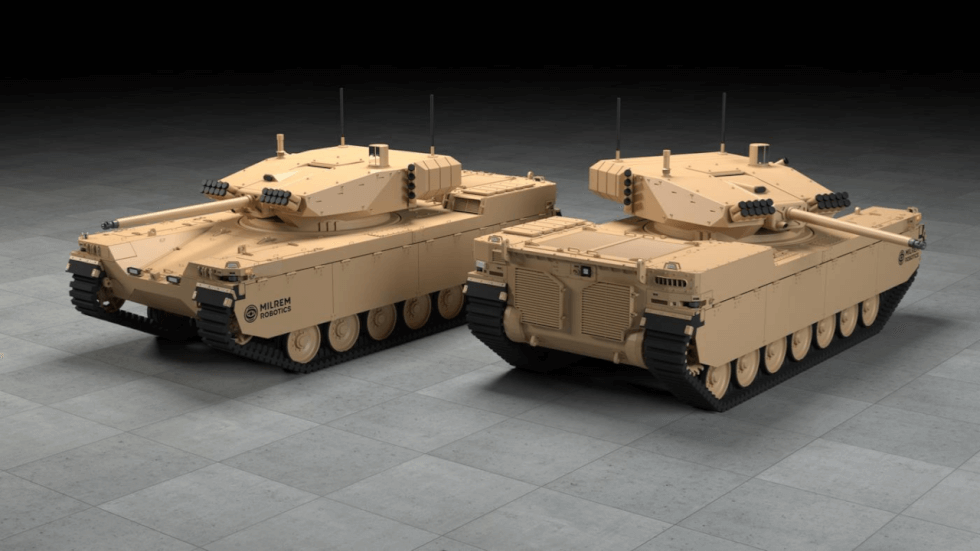 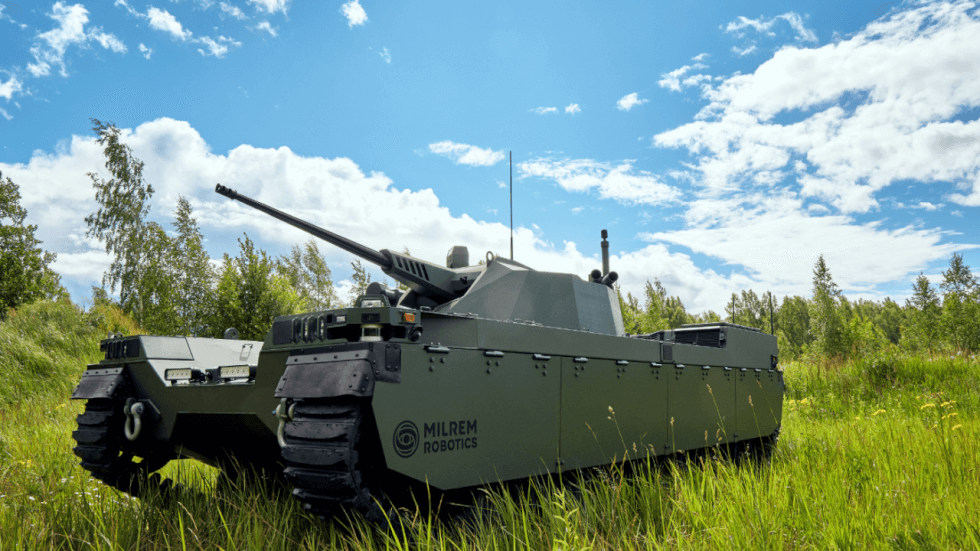