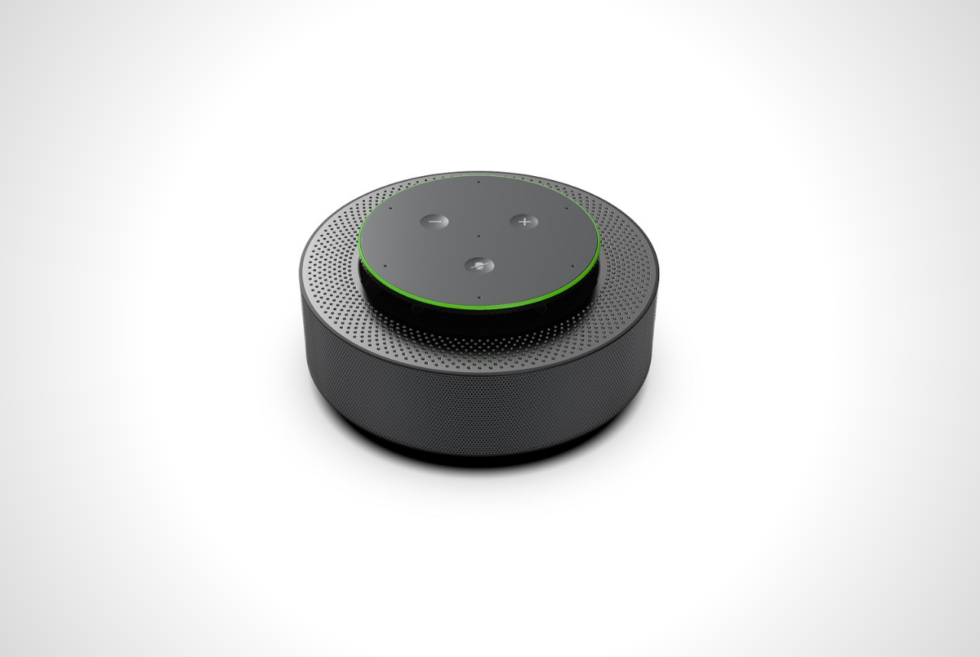 Part of the new normal brought about by the SARS-CoV-2 outbreak is the work from home setup for a lot of companies. One of the aspects that also adapted to the current situation is how we conduct meetings. With physical attendance not in the pipeline anytime soon, platforms that can teleconferencing are a must-have resource. Microsoft’s new Intelligent Speaker could be just the thing.

When we first heard of the Redmond, Washington-based group’s plans for future hardware, a lot were skeptical. Fast-forward to 2021 and the developers and engineers behind some of the projects are ready to show off their progress. The timing of the Intelligent Speaker’s announcement is interesting given public health officials do not see the pandemic ending anytime soon.

Design-wise, the Intelligent Speaker looks like a puck that’s mostly in black with a matte surface. A green outer ring surrounds the top section which houses the controls and the microphones. A close-up view of the image shows the pinholes along with the “plus,” “minus,” and what seems to be a “mute” button.

Moving down, we have an omnidirectional configuration just like most modern smart speakers. The upper cover as well as the speaker grille the wraps around the perimeter looks metallic but could be made of plastic. Nevertheless, where this gadget shines is during a remote discussion wherein cutting-edge AI comes into play.

We’re not entirely sure just yet if the functionality is only compatible with Microsoft Teams meetings. Nonetheless, the intelligent Speaker can apparently recognize up to 10 distinct voices. This helps attendees keep track of who is currently talking. With this feature, the system can also automatically transcribe the dialogue and identify who spoke at that time. Yealink and Epos are on board with the project as well.