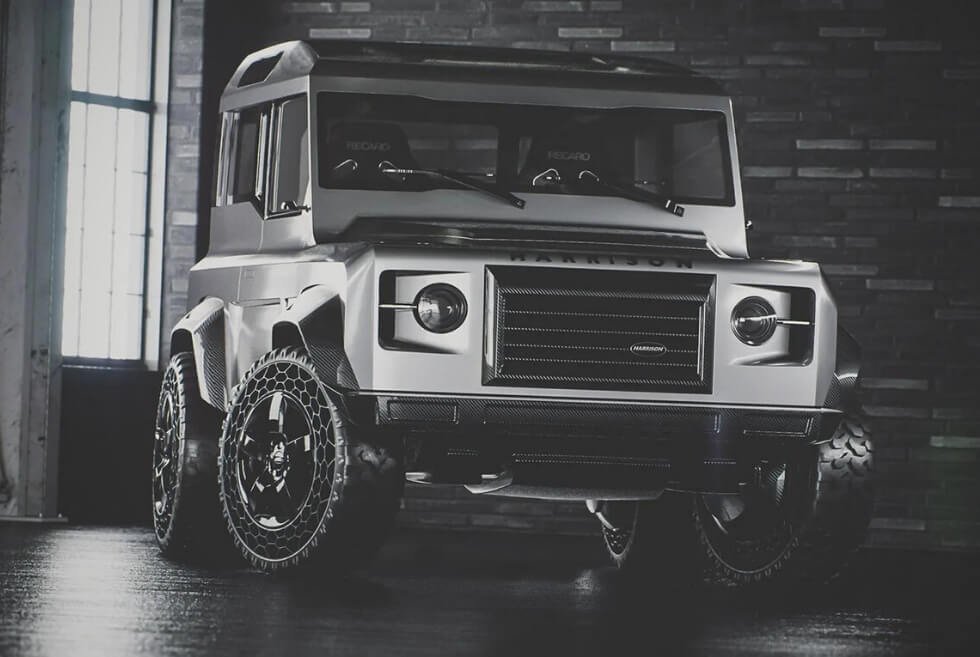 The 007 franchise is responsible for elevating the status of certain brands. Consumers consider the quality and performance of products under these labels as the embodiment of awesome. Matteo Gentile is clearly a fan of the legendary spy as he shares his take on an iconic overlanding machine. He calls it the Bond Defender and we think it fits the bill.

Although we normally associate Aston Martin as agent 007’s marque of choice, he might occasionally require an off-road-ready ride. As we can glean from the movies, his assignments may take him beyond urban locations. With that in mind, Land Rover’s SUV should exceed all expectations.

With “No Time to Die” garnering rave reviews despite production delays pushing back its premiere, people are craving for more. The donor vehicle for this digital creation is definitely from the esteemed British marque, but the Bond Defender bears a different maker.

Oddly enough, Gentile envisions that it’s from Harrison – a badge too obscure even for hardcore gearheads. Anyway, the name already clues us in just like how the exterior design gives it away. The headlights and the grille show influences from vintage models.

Meanwhile, the rest of the exterior resembles the more modern outlines. Angular surfaces of its body strike an imposing figure especially when there is minimal illumination. Instead of run-flat tires, the Bond Defender explores the benefits of cutting-edge technology. All four wheels are shod in chunky airless all-terrain rubber.

Overall, The Harrison Bond Defender deserves to be in the hands of 007. Perhaps when they finally cast someone to fill the role after Daniel Craig’s departure, the studio will consider this concept’s inclusion. We’re all eager to see something fresh when they announce the series’ next installment.

View more of his work: here 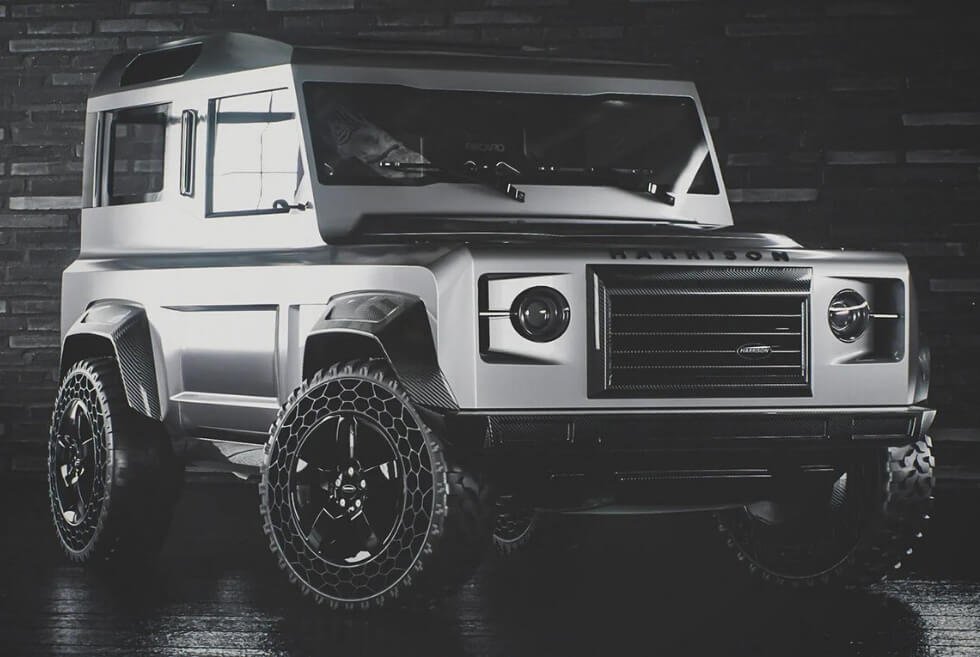 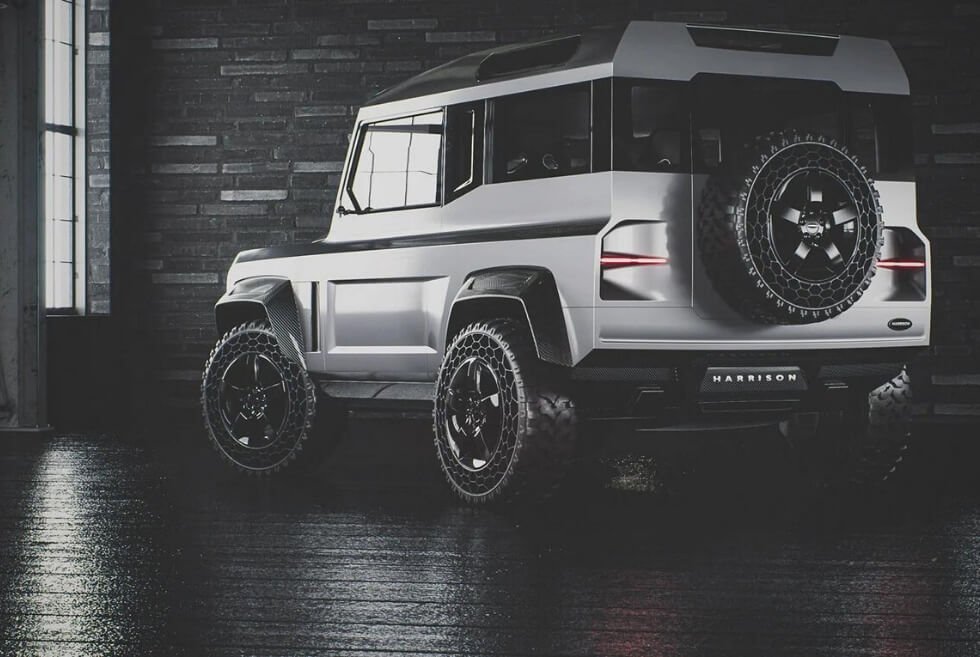 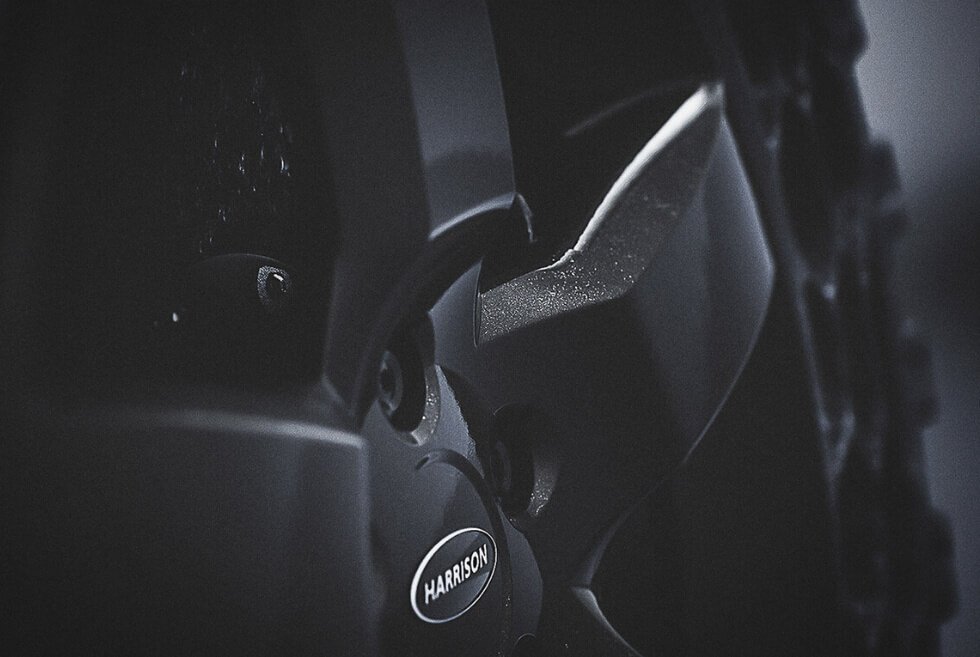 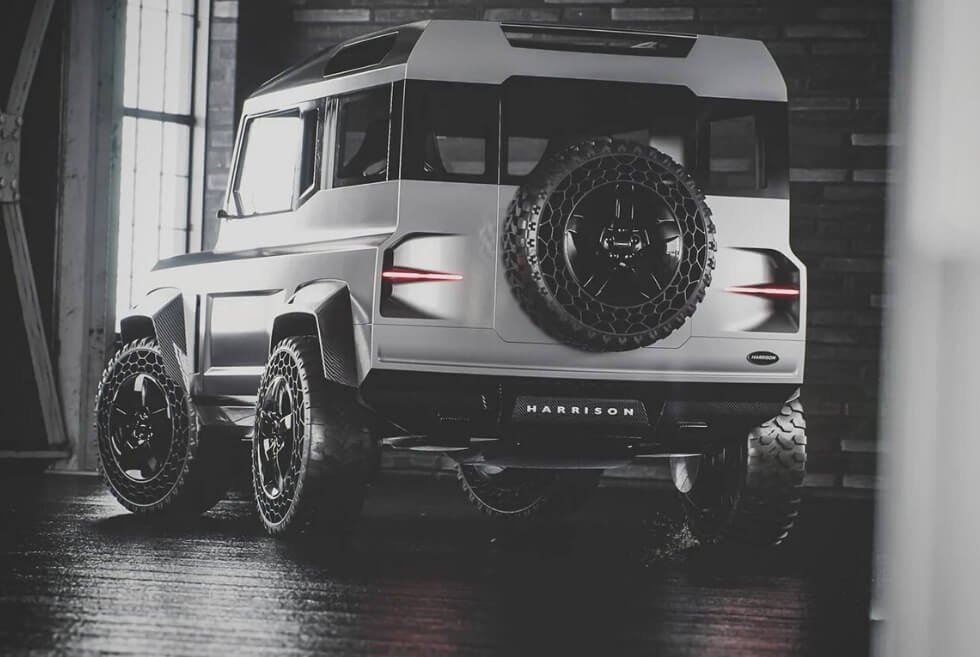