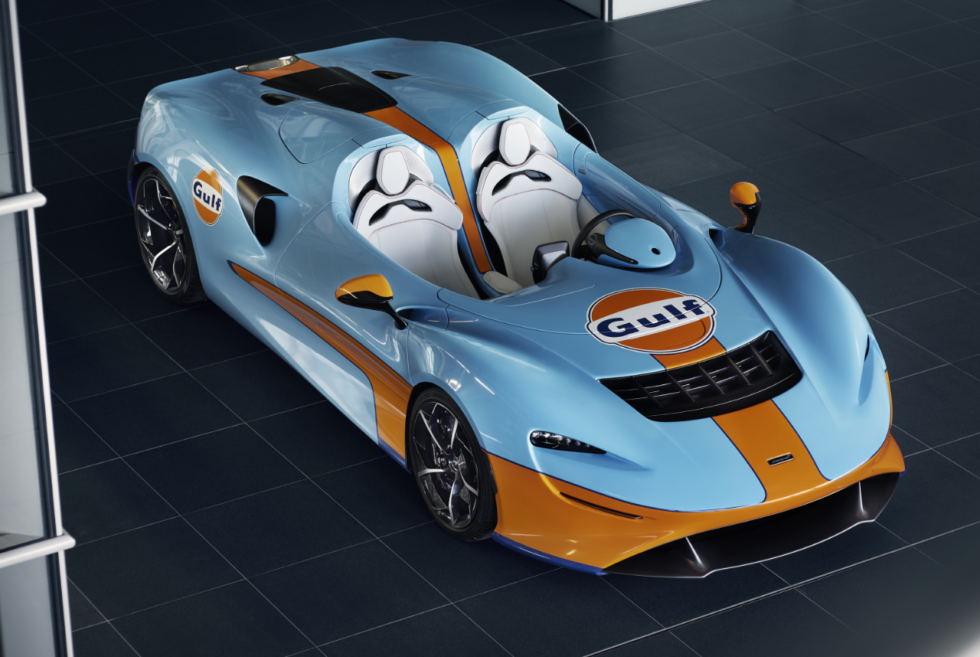 When one has the cashflow to spend on exotic automobiles, carmakers are often willing to let them customize certain aspects of the machine as you please. These companies make it their mission to have their discerning clientele enjoy the exclusivity they desire. Meanwhile, there are instances, wherein limited-edition colorways are marketed for collectors. In fact, we have MSO (McLaren Special Operations) teasing the availability of the Elva Gulf Theme for McLaren Automotive.

Gearheads who have been keeping track of the motorsports scene will recognize the iconic livery right away. According to McLaren, this celebrates the renewal of its partnership with Gulf Oil. In 2020, the latter announced that it has agreed on a sponsorship deal with the renowned British marque. This apparently extends beyond its Formula 1 group, which is why we have the Elva Gulf Theme.

This is McLaren Automotive’s first street-legal open-top supercar. Now, it gets to sport the Zenith Blue and Tangerine livery, which seems like a match made in heaven. Making its debut at the Goodwood SpeedWeek festival the roadster is looking good from all angles. The colors, as well as the form of the Elva Gulf Theme, not only evokes feelings of nostalgia. Moreover, it reminds us of the rich racing heritage between the two brands.

As with the regular versions of the roadster, it packs a mid-mounted 4.0-liter M840TR twin-turbo v8. McLaren Automotive is rating the output at 804 horsepower with 590 lb-ft of torque. This courses through a 7-speed dual-clutch transmission for a 0-62 mph burst in 3 seconds and topping out above 200 mph. The Elva Gulf Theme will be available on only 149 examples out of the 399 in line for production. 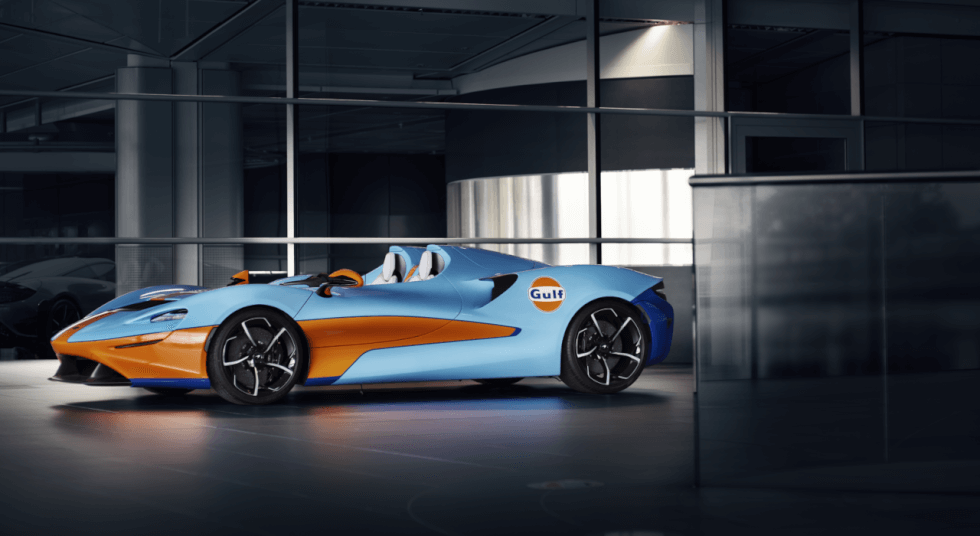 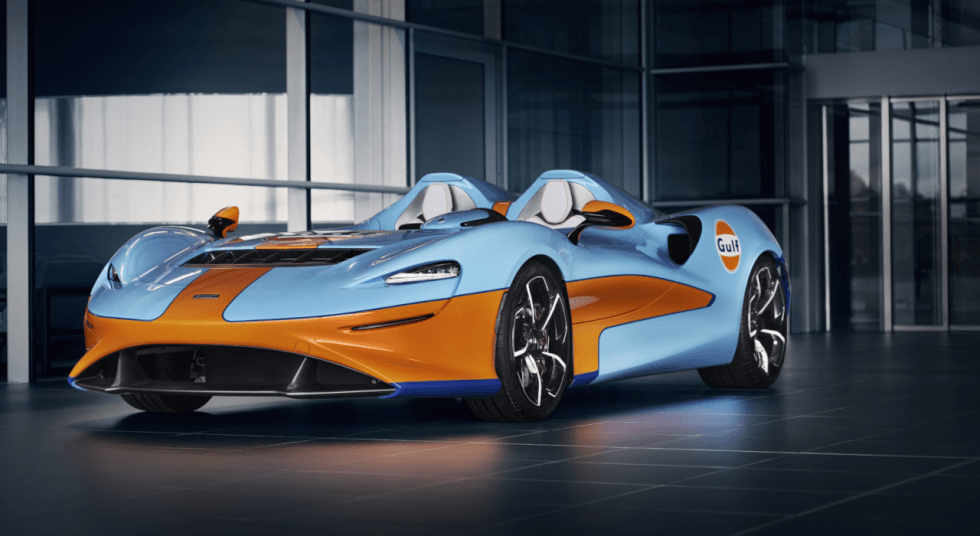 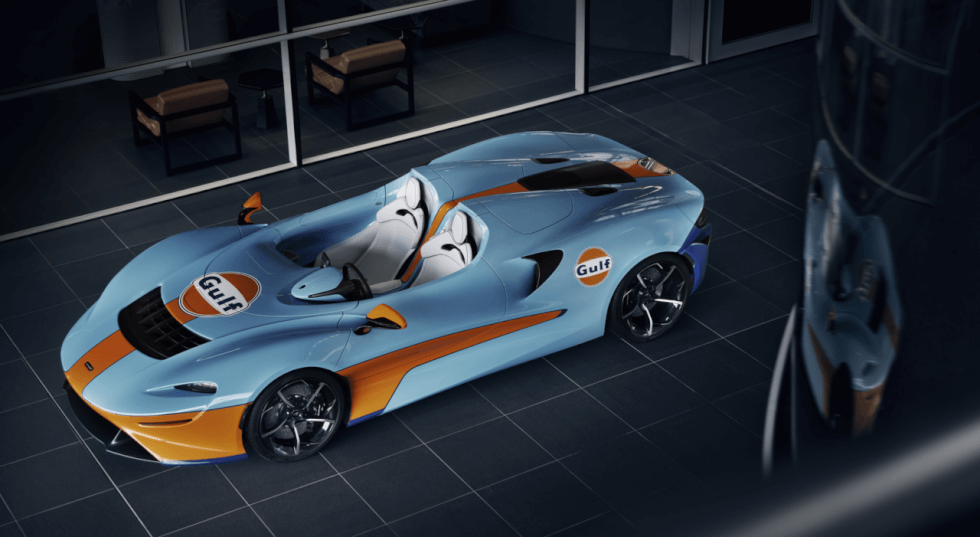 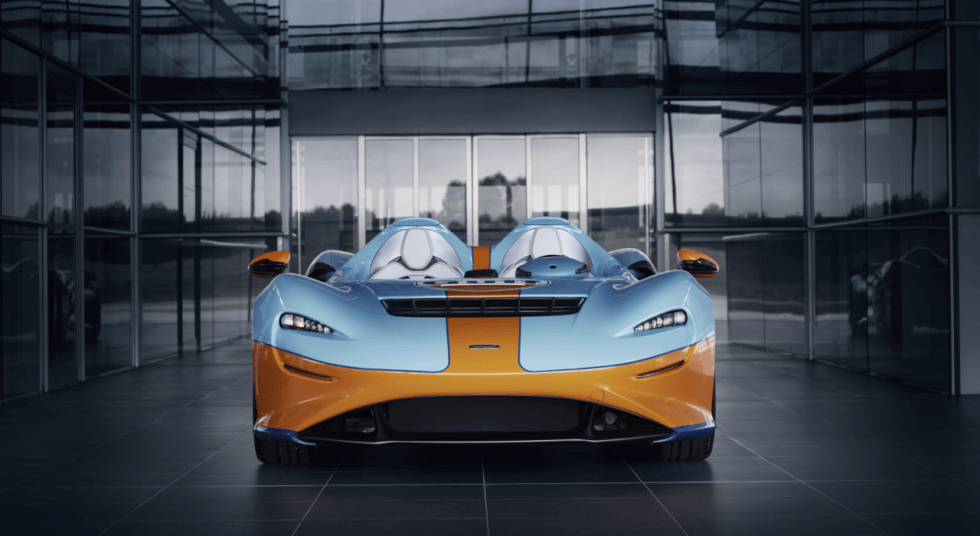 The Louis Vuitton Coffee Cup Pouch is a hip way to carry small items either by hand like an oversized coffee cup or as a sling bag.