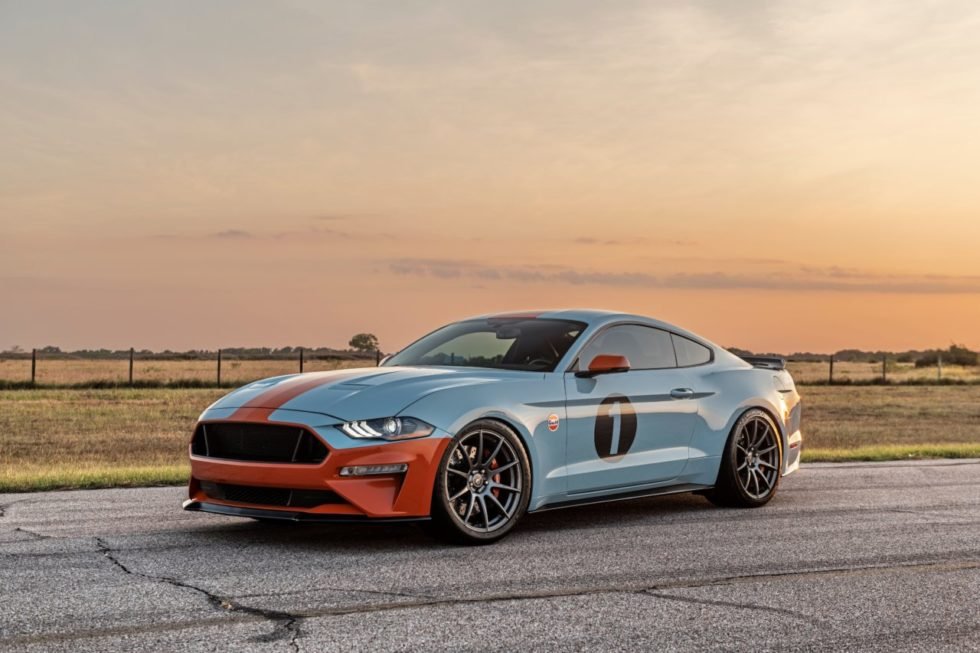 Ford GT Gulf Heritage Is Now The Most Expensive Mustang

Just 119 of these mega-Mustangs will be built. Meet the 2019 Ford GT Gulf Heritage, a beastly Mustang custom job from Nashville-based Brown Lee Ford, who created it in commemoration of the 50th anniversary of Ford’s 1969 24 Hours of Le Mans victory.

Lots of Ford dealers scuttle about showroom floors trying to convince everyone they have the most powerful Mustang ever. They must now deal with a new opponent. Brown Lee Ford enters the competition with an incredibly beastly and limited Gulf Heritage Mustang.

The car, an officially licensed Gulf Oil product, features the classic orange and blue livery and comes bedecked in Gulf motifs all over. The front fenders have it, for starters. So does the rear valence, the seatbacks, and the numbered authenticity plaques.

At $139,995, the Ford GT Gulf Heritage officially becomes the most expensive Mustang Ford has ever put out. And apart from the nostalgic logo work, Brown Lee Ford has also upped the ante in the performance department. You get Brembo brakes in 20-inch alloy wheels, robed in Michelin Sport Cup 2 tires, no less. And you’ll also find here a lowered suspension and downforce, care of the functional carbon fiber aero.

You’re also looking at a grille delete, which increases airflow through the radiator. That’s a crucial addition, especially for a car producing as much waste heat as this bespoke Mustang. Under the hood, you’ll find a five-liter V8 engine with a massive three-liter supercharger. The latter of which gulps air down an upgraded intake and pushes it to an air-to-water intercooler. The result is 808 ponies and 675 pound-feet of torque. 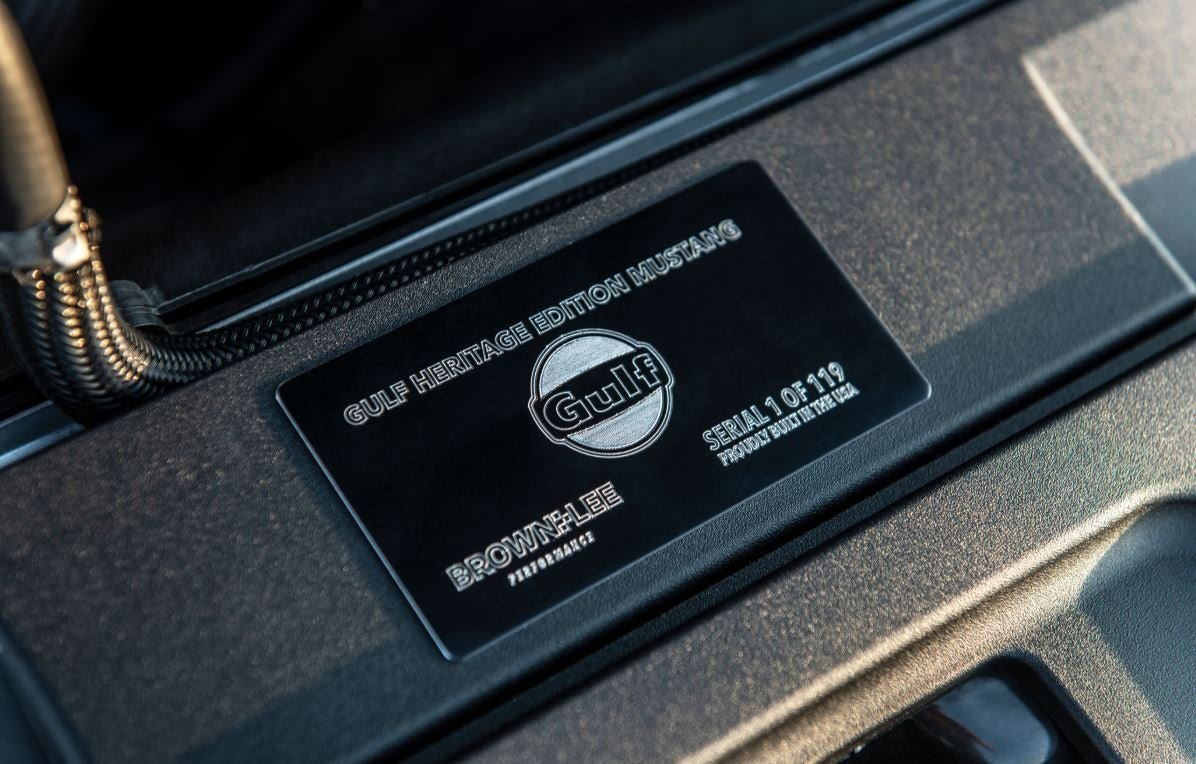 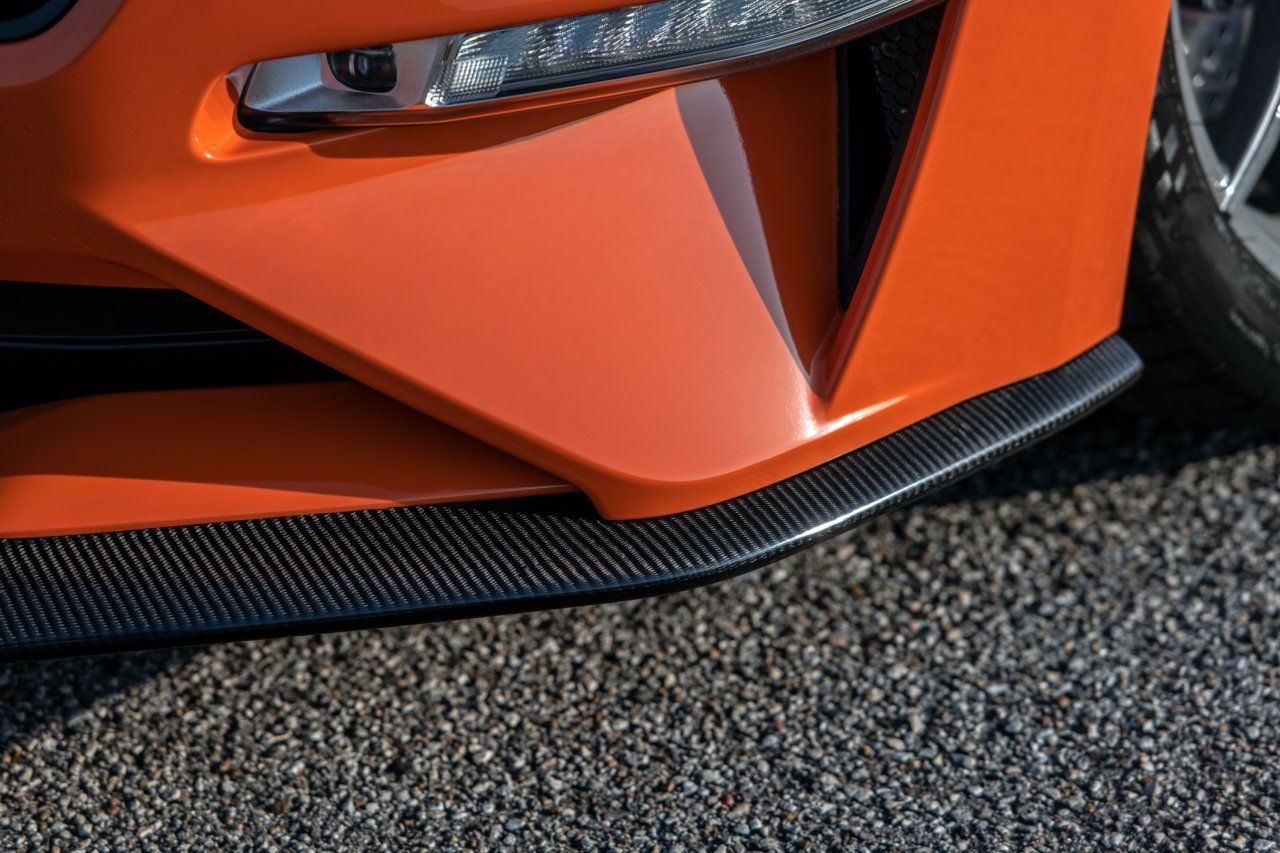 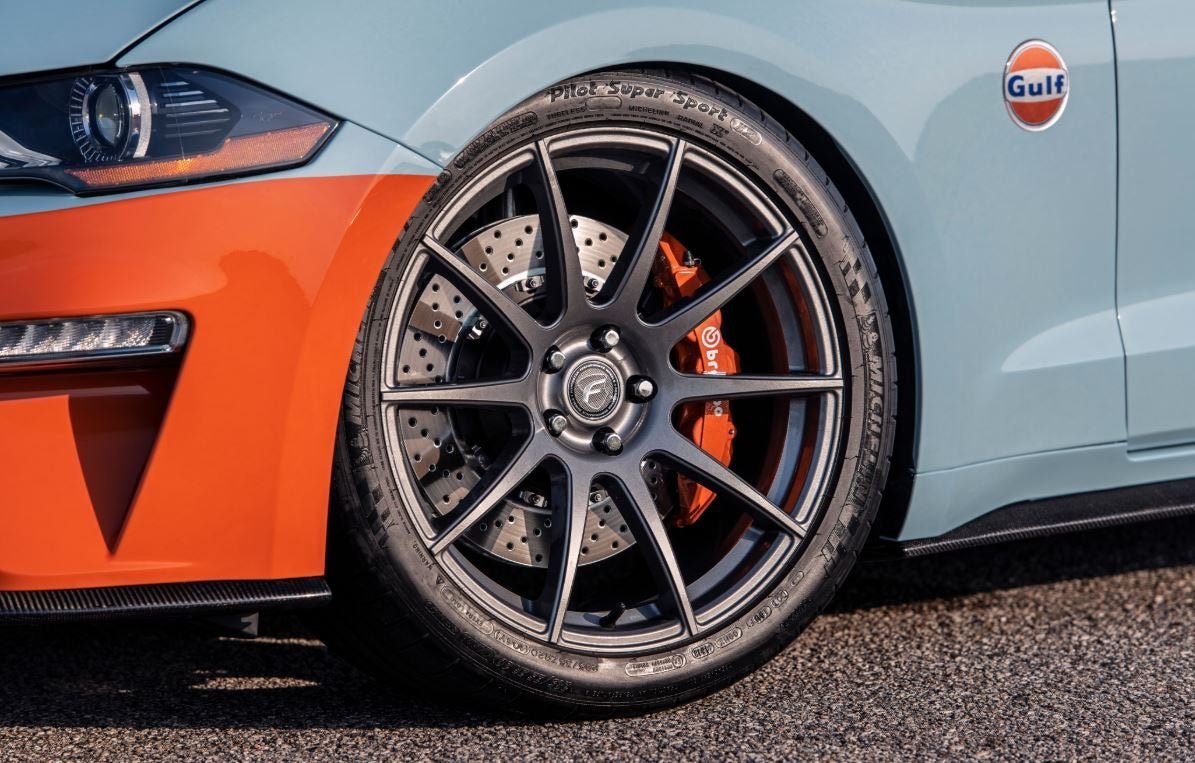 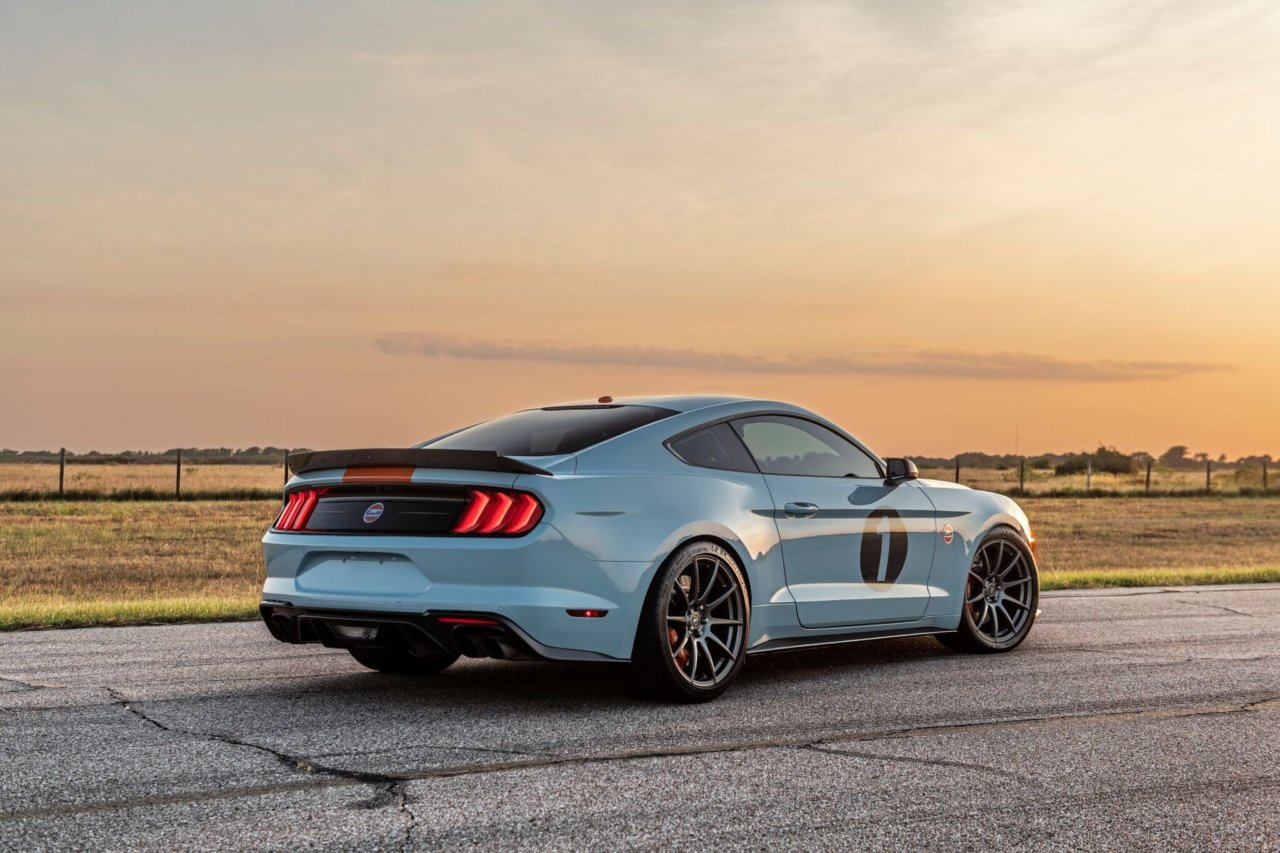 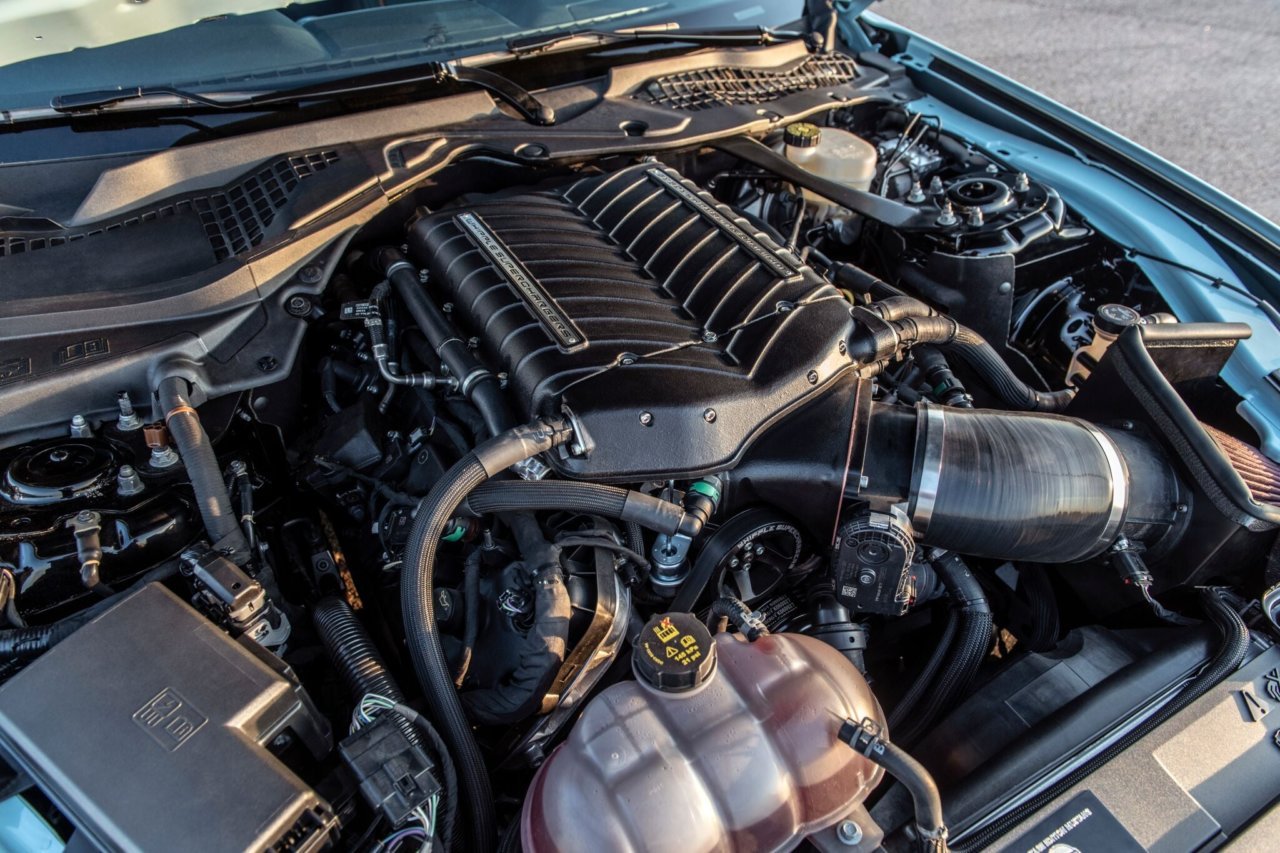 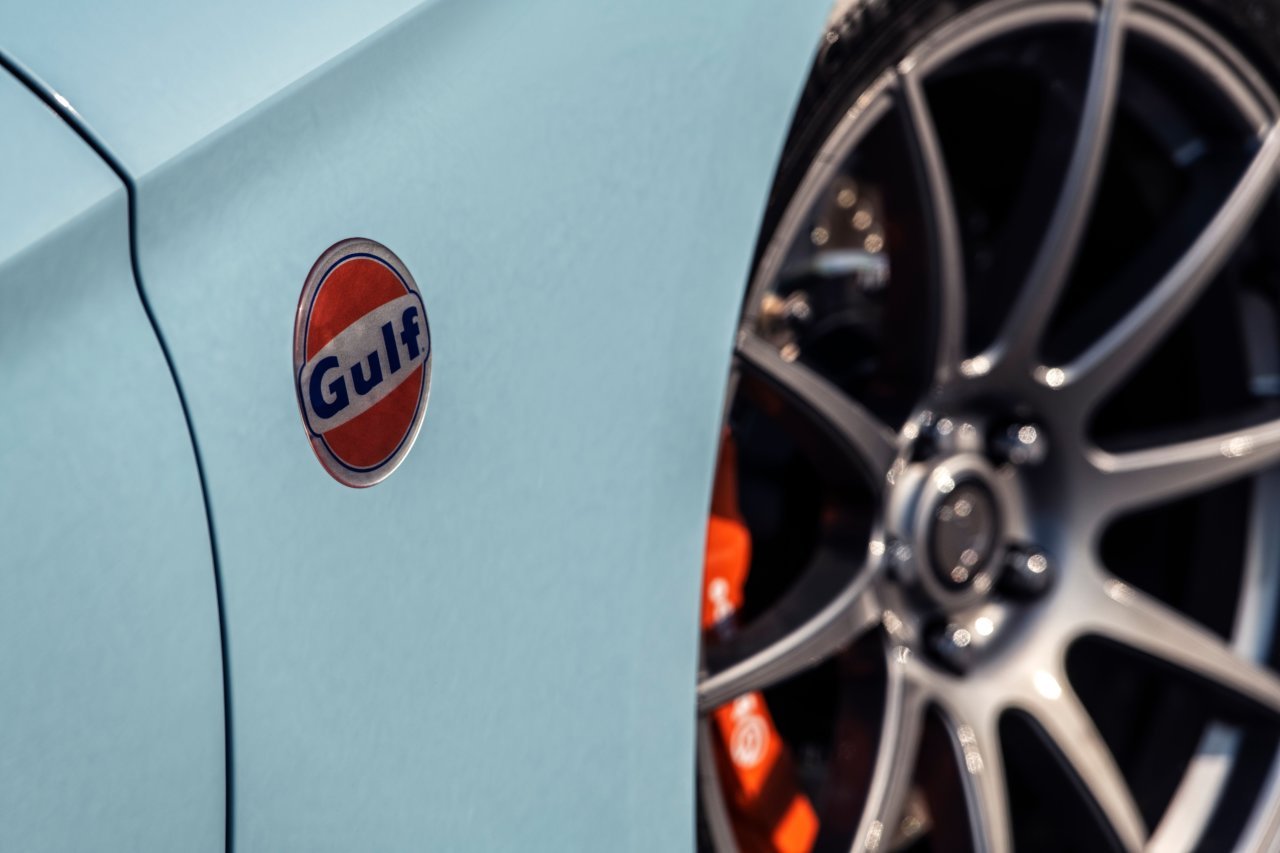 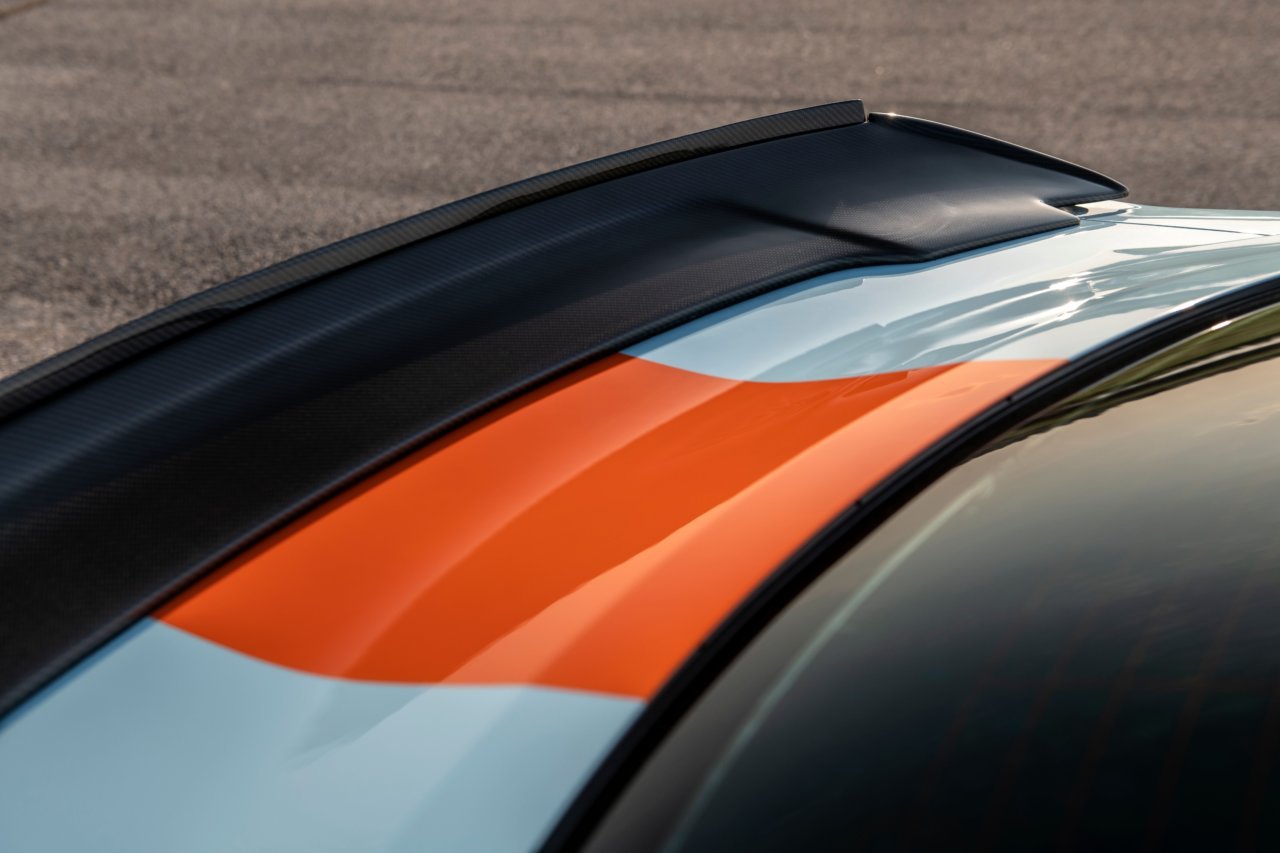 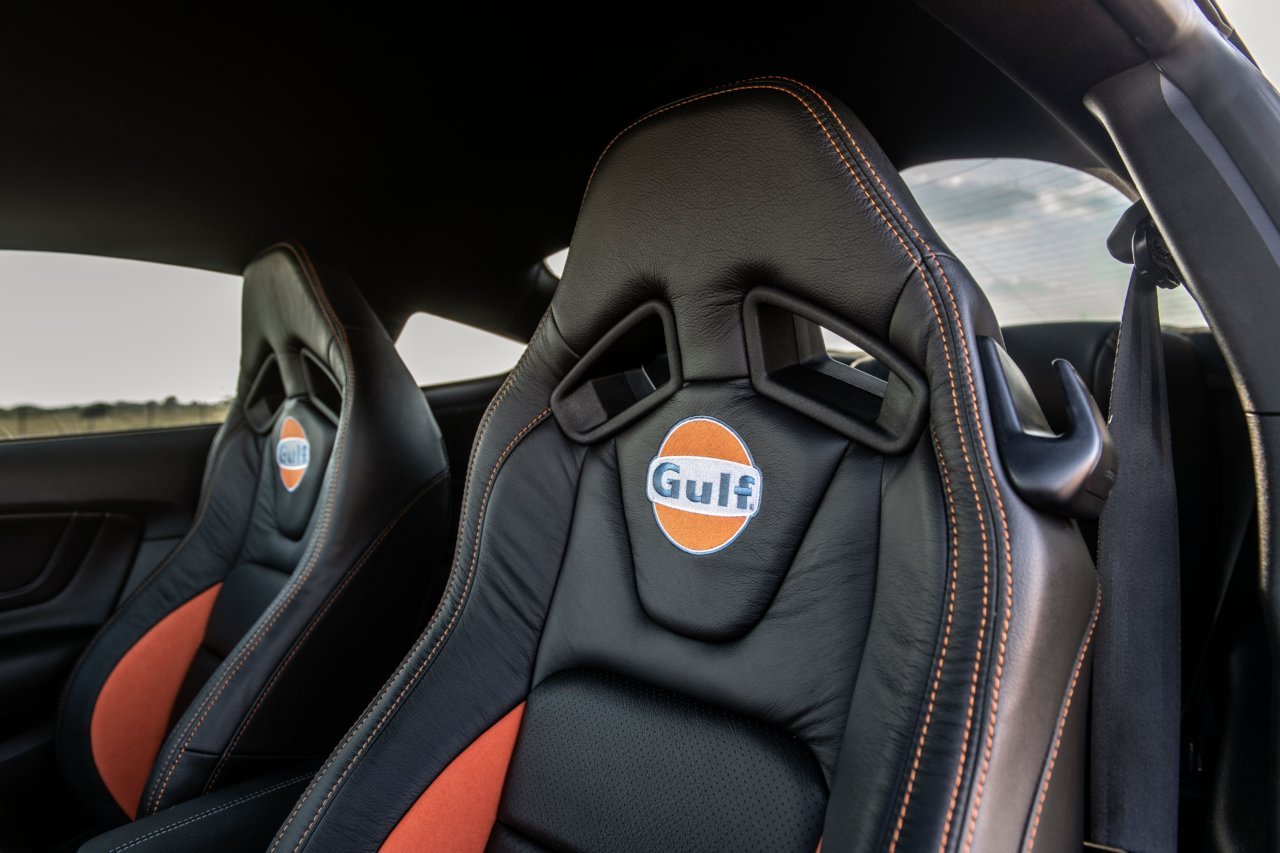