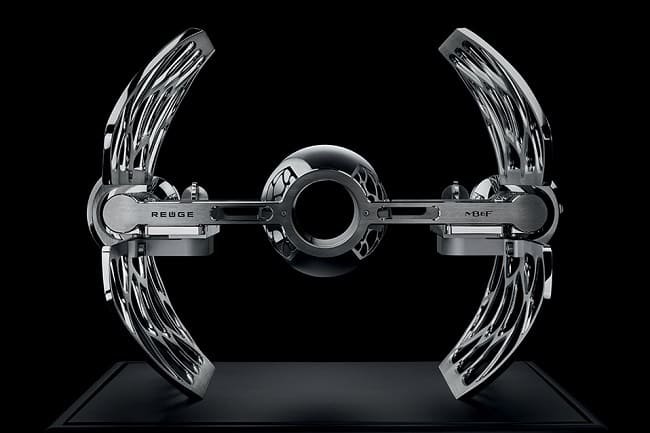 Remember the beautifully odd Space Pirate Watch by MB&F? This year, the Swiss manufacturer behind it, is celebrating their 10th anniversary, releasing a sophisticated music box that boasts the same cosmic flair – the MB&F Musicmachine 3 ($18,200).

Paying homage to one of the greatest sci-fi movies of all time, Musicmachine 3’s design is made after the Imperial fleet’s TIE fighters from Star Wars. This thing features lattice-like vertical wing supports that protect the dual music cylinders, each playing three melodies: the themes from “Star Wars”, “Mission Impossible” and “James Bond” on the right – with “The Godfather”, “Merry Christmas Mr. Lawrence”, and “The Persuaders” on the left (powered by two independent movements mounted on the two tail sections). Each movement has its own winding key (disguised as thrusters), a mainspring barrel, horizontal cylinder with pins, and comb with hand-tuned teeth sounding each note. An air regulator in the form of a circular fan (resembling a rotating radar dish) governs the unwinding speed/music tempo of each cylinder. The side wings also play a vital role in propagating sound vibrations down from the combs to the naturally amplifying resonant base.

Made from UV-resistant lacquered aluminum and 21st century composite materials like Nomex honeycomb Kevlar, the MusicMachine 3 comes in a white, black or chrome finish, and it’s limited to 99 pieces. Details in the video 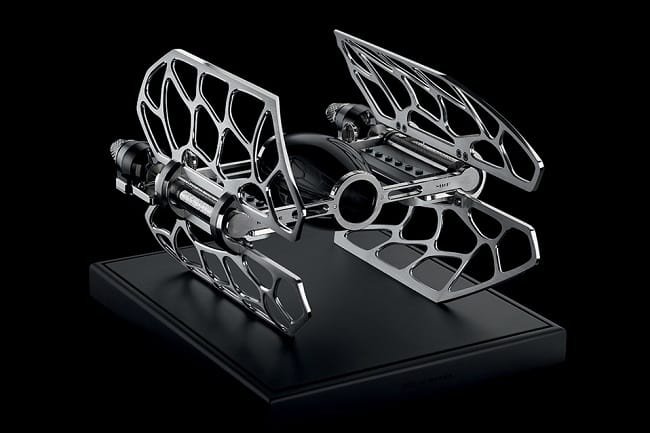 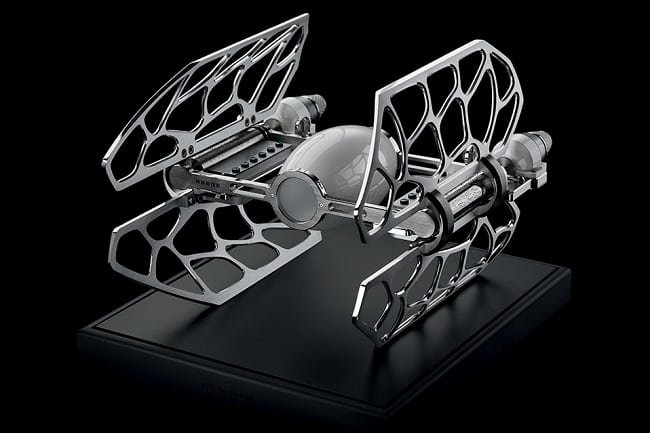 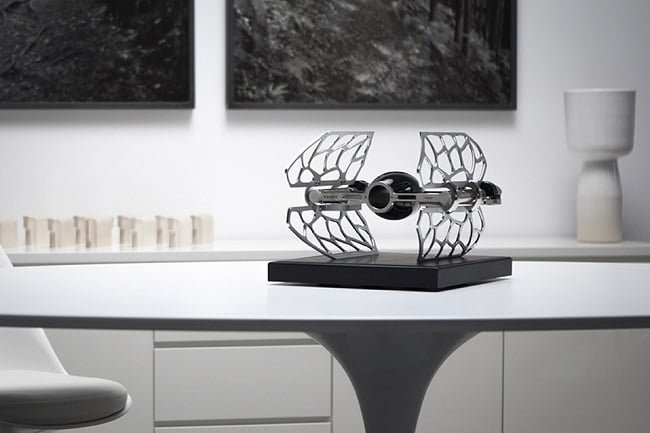