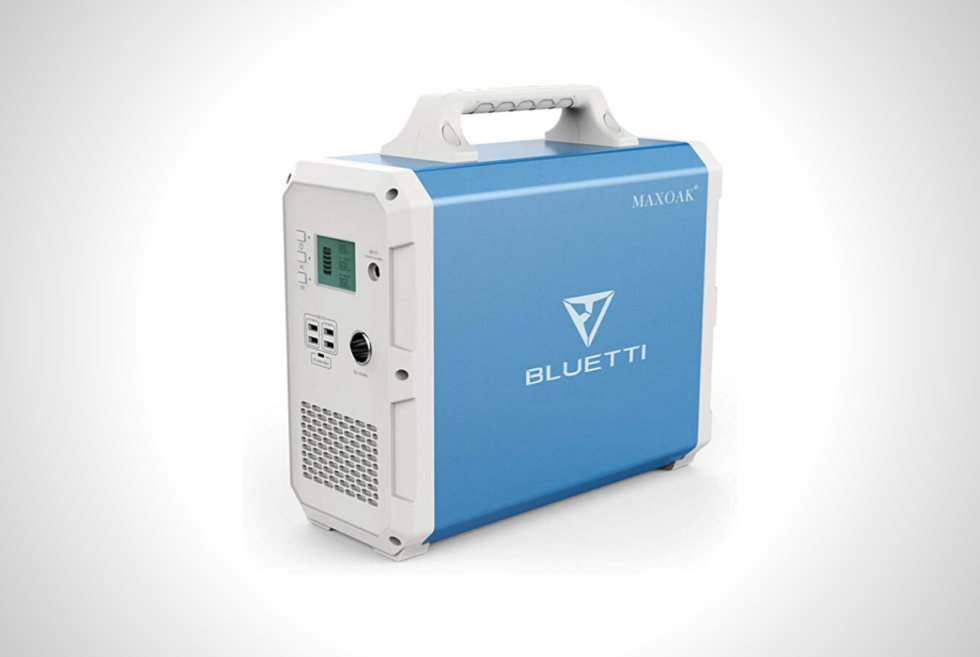 A power generator is only as good as its features. Design appeal is a plus but easily forgotten once efficiency fails. But not the MAXOAK Bluetti EB240 2400Wh/1000W Power Station. This incredible power source works with just about any tech and household items and even supports solar charging.

Moreover, it looks nothing like the power generator of yesteryears with their unsightly, industrial appearance. The BLUETTI EB240 looks trendy, more so that it doesn’t come off as a power station at first sight. Of course, with the trendy design comes modern features including LCD visuals, multiple ports, AC and DC power outlets, high power output, and more.

The MAXOAK Bluetti EB240 2400Wh/1000W Power Station is the ultimate highly-advanced portable power source to own in case of a power outage and you need juice for several devices. Its charging power reaches beyond laptops and smartphones. It can also charge kitchen and bedroom appliances and provide power anytime and anywhere.

Tons of Power for Tons of Uses 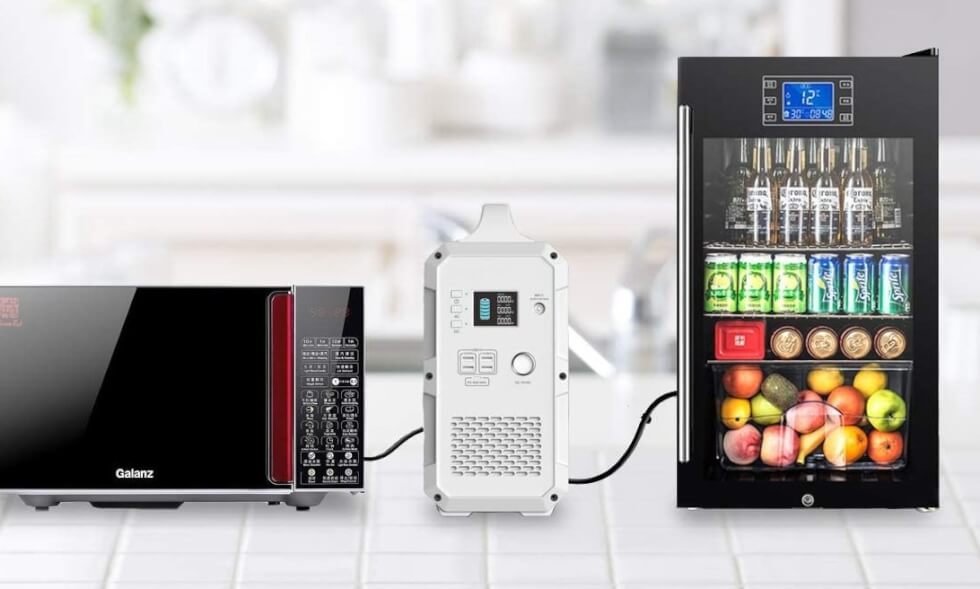 The MAXOAK Bluetti EB240 2400Wh/1000W Power Station has so much power to give that it may seem infinite. It runs on a high-density lithium polymer battery cell that provides 2400 watt-hour of electricity and supports a max of 1000W. Suffice to say, you’re secured for many days or weeks depending on where you use it.

It can literally power up almost anything and the multiple ports allow for load sharing. It has four USB-A ports which you can use to charge phones, laptops, fans, lights, tablets, and other devices. The 45W USB-C Power Delivery port offers fast-charging for newer MacBook models, portable game consoles, and other USB-C compatible phones, laptops, and gadgets. Moreover, it comes with a 12V 10A car DC output socket which comes in handy for car-powered devices like a car vacuum, a mini-refrigerator, cigarette lighter, tire air pump, and more.

Best of all, this power generator offers the convenience of two 110V AC (pure sine-wave inverter) outlets which works with most standard household appliances under 1000W. It can power big and small appliances including a CPAP machine, stand fan, floor vacuum, air purifier, handyman electric tools, and more. You can use it for your sandwich or waffle maker, microwave oven, toaster, refrigerator, or even for your TV or game consoles like your PS4. So even during an outage, you still have food and entertainment to keep you company. 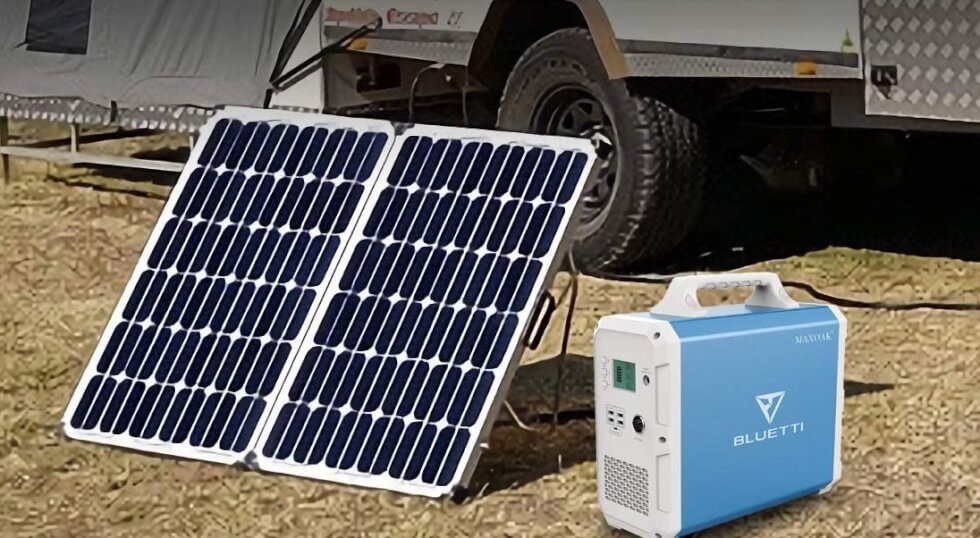 The MAXOAK Bluetti EB240 2400Wh/1000W Power Station has a backlit LCD display that tells you the DC and AC output power and input charging power. It also shows error codes when the generator malfunctions and shows the battery level of your generator so you’ll know when it’s time to recharge.

There are two ways to recharge: solar charging (using a separate solar panel) and through its added AC adapter. Simply plug the AC adapter for a 15-hour full charge or use a solar panel with the added DC to MC4 solar charging cable. The Bluetti EB240 has a built-in MPPT solar controller and supports simultaneous charge and discharge, making it the perfect off-grid power solution. 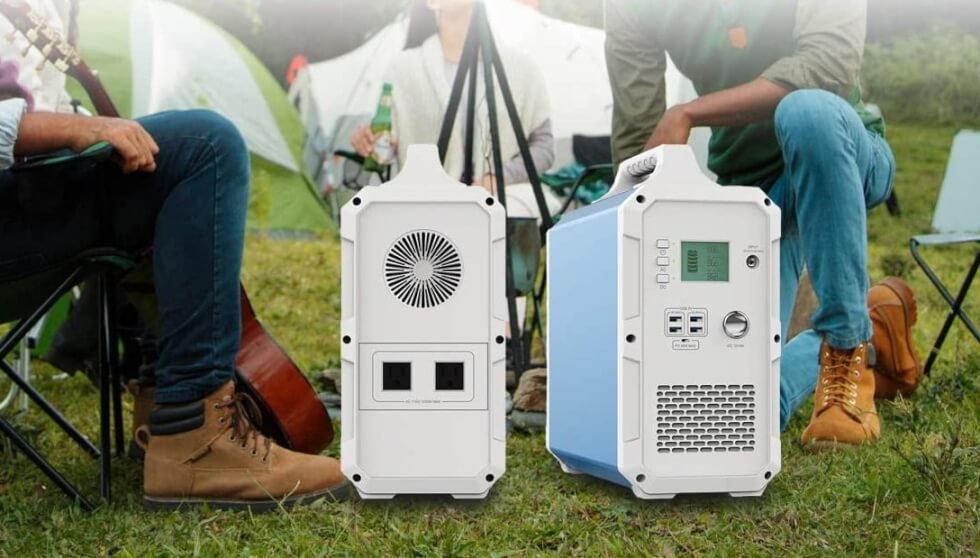 The MAXOAK Bluetti EB240 2400Wh/1000W Power Station uses the Battery Management System (BMS) to ensure safety and longevity. The BMS protects from overvoltage, low voltage, short-circuit, and overcurrent. The generator automatically shuts off when it detects that you have plugged in a device with a load over 1000W for overload protection. 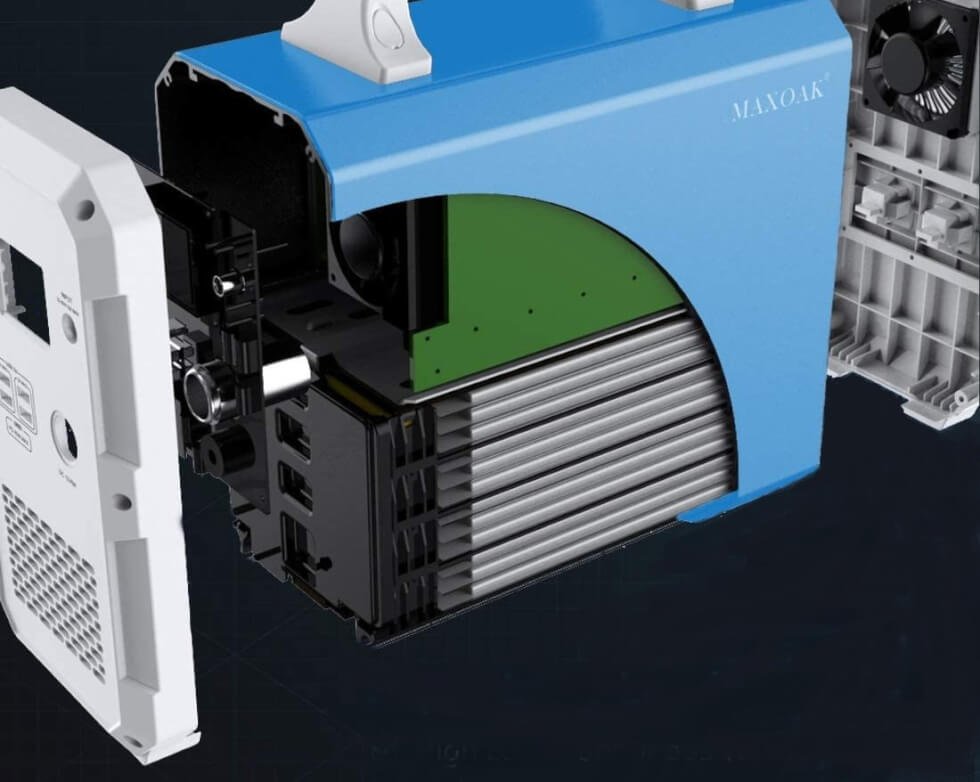 The MAXOAK Bluetti EB240 2400Wh/1000W Power Station comes in a solid and sturdy aluminum alloy shell. Given its host of features and power allocation, you can expect it to be big. But not so big that you can’t bring it with you on your outdoor adventures.

It measures 19.4” long x 14.4” wide and is 6.5” thick. It’s just the right size to fit inside your closet, inside the trunk of your car, or on your bedside table. It weighs 48.5 pounds which is not exactly light and thus it comes with a carrying handle to help with transport. Yet the weight becomes an afterthought because of its amazing host of features.

The MAXOAK Bluetti EB240 2400Wh/1000W Power Station is a great trade-off for gasoline or diesel generators. Its immense power supply caters for multiple uses and ensures your daily waking and sleeping routines are intact during an outage. The added feature of solar charging makes it the perfect power generator for both indoor and outdoor use.

Use the code: bluetti15 along with the clickable coupon on the link below for up to $252 off your purchase

If you would like your product reviewed and featured on Men’s Gear as well as its vast social media channels, e-mail Joe@Mensgear.net today

The Toyo Camber Top Tool Box Is Minimalist Yet Sleek

Toyo Camber Top Tool Box weighs just 1.18kg and made from a single piece of stainless steel with a camber-top to allow for more capacity.

The GORUCK's Jedburg Rucking Boots are waterproof, tear and stretch-resistant, and develop their own patina over time.