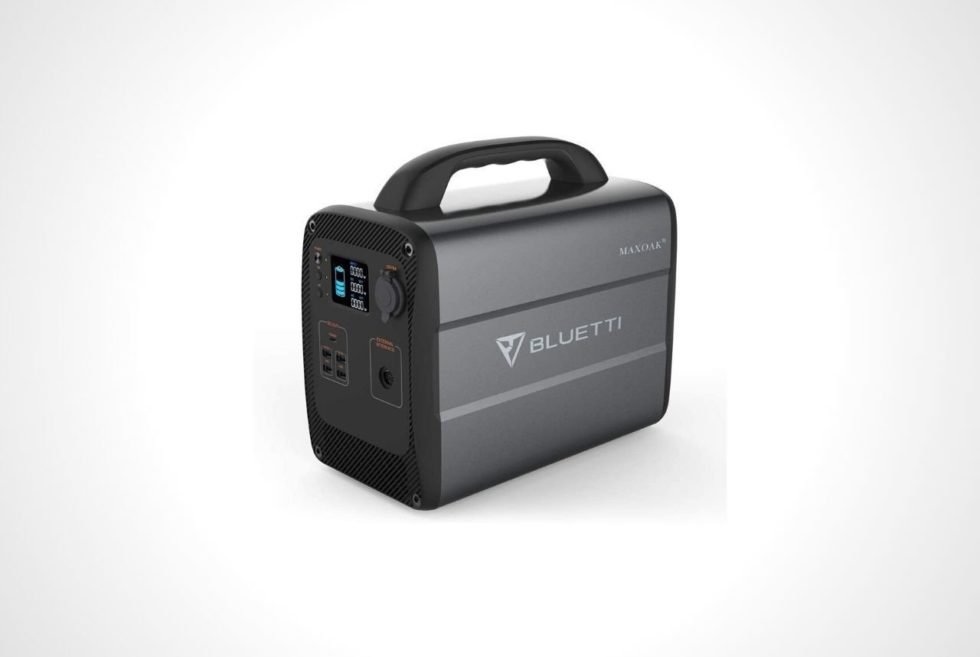 A portable power solution is always a must-have if you love adventures in the outdoors or simply a prepper. There’s nothing more assuring during an outage than the presence of a power generator. If you find your mobile devices running out of juice while out camping, hiking or trekking, then a portable power station comes in handy. The MAXOAK Bluetti AC100 1000Wh/600W Power Station provides support during emergency situations so you feel comfortable and assured during outages.

Just like the other BLUETTI power stations available from MAXOAK, the AC100 offers dual recharging for the ultimate indoor and outdoor energy source. It also supports both Power Delivery and AC output for all-around use. It even boasts a battery life of over 2500 times.

The only difference with the MAXOAK Bluetti AC100 1000Wh/600W Power Station is the addition of an emergency light. This makes it an even more powerful tool to have around anytime and anywhere. 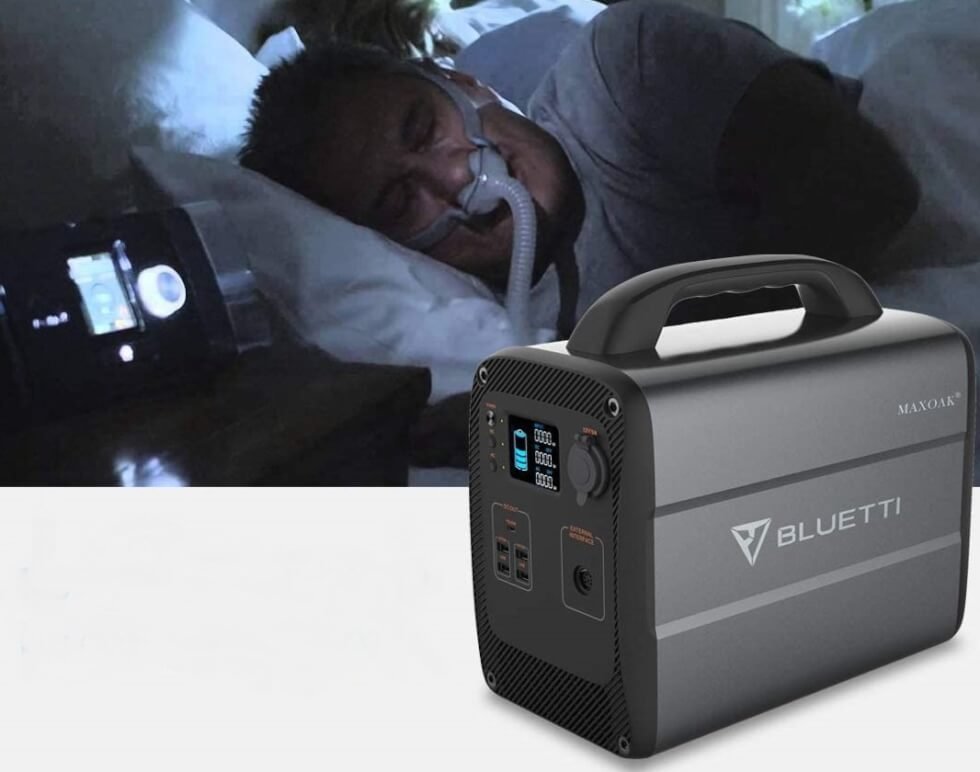 The MAXOAK Bluetti AC100 1000Wh/600W Power Station uses top-brand lithium polymer LG battery cell for optimum quality and durability. It has a high energy density and discharge rate with minimal chances of overheating. It’s a 3C high-rate battery cell that can last for over 2500 times with indoor and outdoor use.

The battery provides 1000Wh of power with a continuous output power of 600W. This is more than enough to sustain small household appliances and other mobile and tech devices. These can include fans, laptops, light, CPAP machines, game consoles, televisions, refrigerators, and other small home appliances.

The MAXOAK Bluetti AC100 1000Wh/600W Power Station has a Battery Management System that ensures longevity and safety during use. It protects the battery from overheating, overcharge, overvoltage, overcurrent, overtemperature, short circuit, and other battery protection.

This is a silent portable power station that intelligently detects when it’s time to start-up the fan for temperature control. The fan starts if the charged device has an AC load greater than 200W or if the charging power is over 100W. It also regulates temperature when the DC vehicle’s charging load equipment is over 60W and when the heat radiator goes beyond 50 degrees. 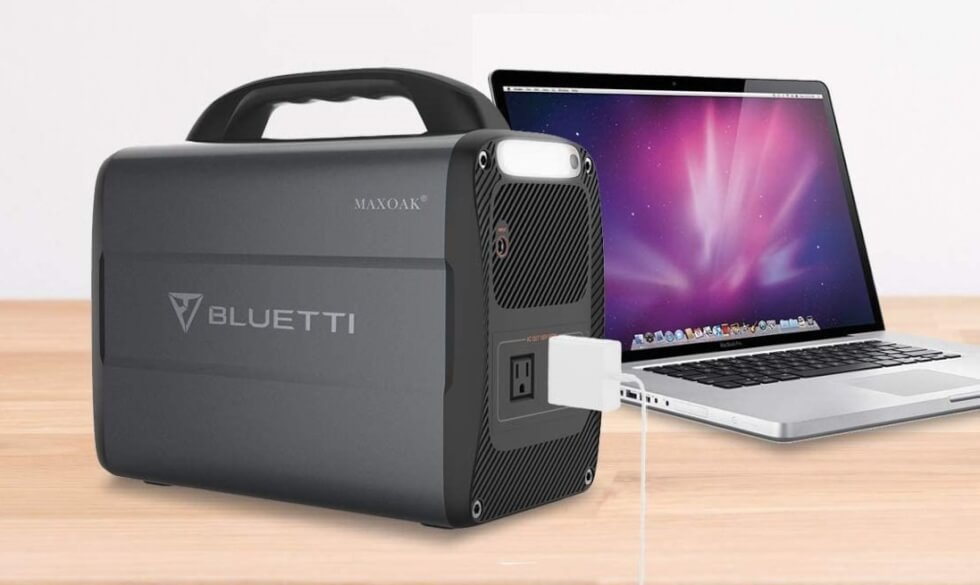 The MAXOAK Bluetti AC100 1000Wh/600W Power Station caters to various demands of modern charging technology for all-around use. It has two pure sine-wave 110-120V AC outlets with a continuous output power of 600W. This can power up most small household appliances that do not exceed 600W usage. The AC ports can charge quite a number of appliances both for indoor and on-the-go use.

Likewise, this generator has a DC12V/9A port to charge car-powered devices like an air pump, a mini-fridge, car vacuum cleaner, and more. It also has four 5V USB-A ports that each deliver 3 Amps to charge most mobile phones, cameras, fans, light, etc.

Best of all, theMAXOAK Bluetti AC100 1000Wh/600W Power Station offers fast mobile charging using a 45W USB-C Power Delivery. This supports USB-C laptops, current gaming consoles, and other USB-C compatible devices. The Power Delivery port gives you more room to charge other devices on the AC outlet since you don’t have to connect a USB-C PD wall adaptor to the AC port. 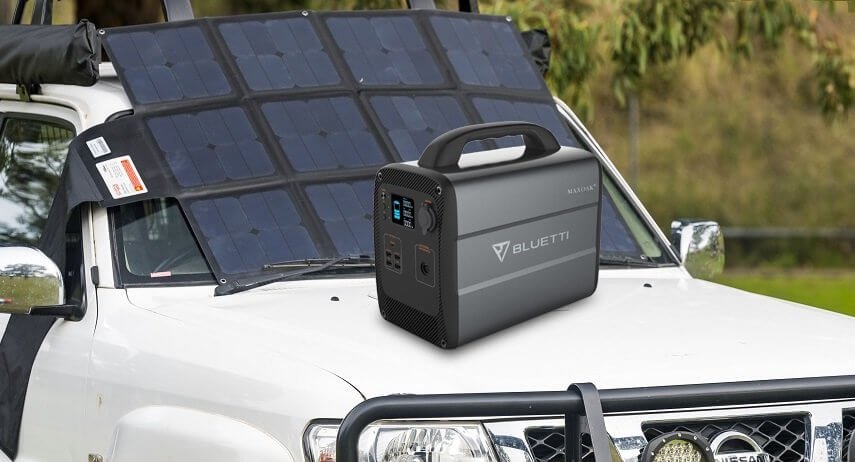 The MAXOAK Bluetti AC100 1000Wh/600W Power Station not only powers up electrical devices it also provides light when you need it. This makes it the ideal portable power source for outdoor adventurers. It comes with an LED emergency light thus further saving you more charging space instead of plugging in your lamp to the AC or USB ports.

It even gives you the convenience to charge its battery via solar energy and not just through an AC wall socket. This device comes with a DC to M4 charging cable to use with a separate solar panel. So even during a blackout you still have the extra option to use the sun to recharge. It takes 10-11 hours for a full recharge using the AC port while a solar charge time depends on the power of the panel.

Moreover, there’s no guessing when it comes to charging and recharging details. This power generator has an LCD screen that displays the charging status, input/output power, and tells you when it’s time to recharge and when there’s a production malfunction.

The MAXOAK Bluetti AC100 1000Wh/600W Power Station is also relatively light and compact compared to its predecessor. It weighs 34.4 pounds and measures 15.3” long x 12.5” wide and is 7.2” thick. It is just the perfect size to bring on your outdoor travels and even stash inside your closet for safekeeping. 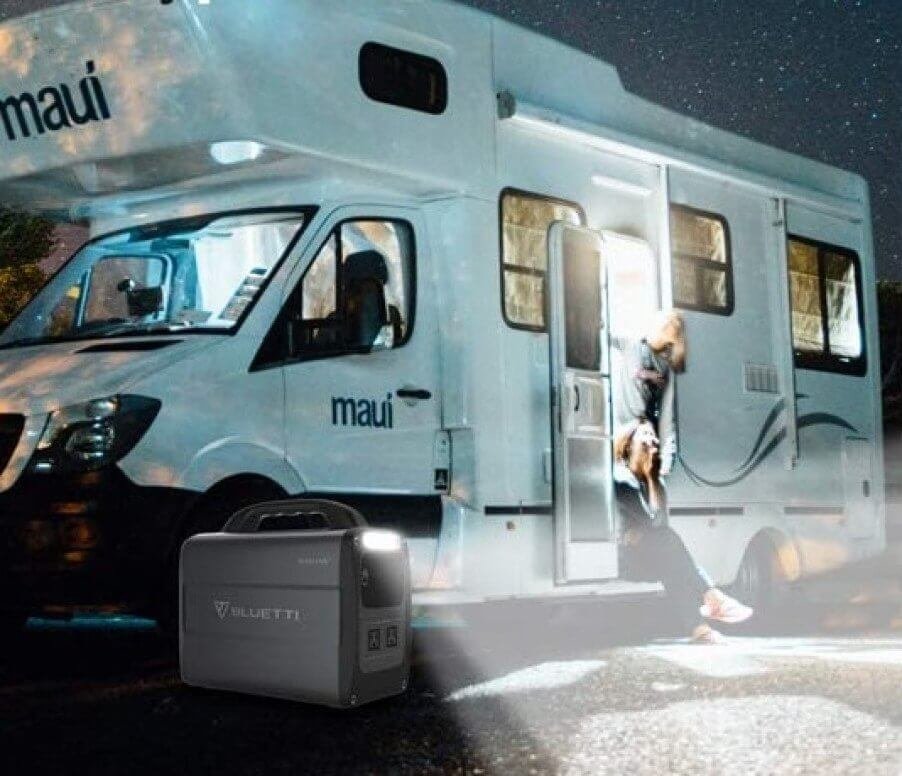 The MAXOAK Bluetti AC100 1000Wh/600W Power Station is a prepper’s best friend as it not only provides power but also illumination. That’s killing two birds with one stone and even comes at a lighter weight for a comfortable on-the-go carry. 1000Wh of power is a steal in itself from a station that boasts solar charging and simultaneous multiple charging.

The Gerber Prybrid X Multitool features a dual-end design that houses the replaceable blade on one end and utility tools on the other including a pry bar, screwdrivers, nail puller, wire stripper, and more.