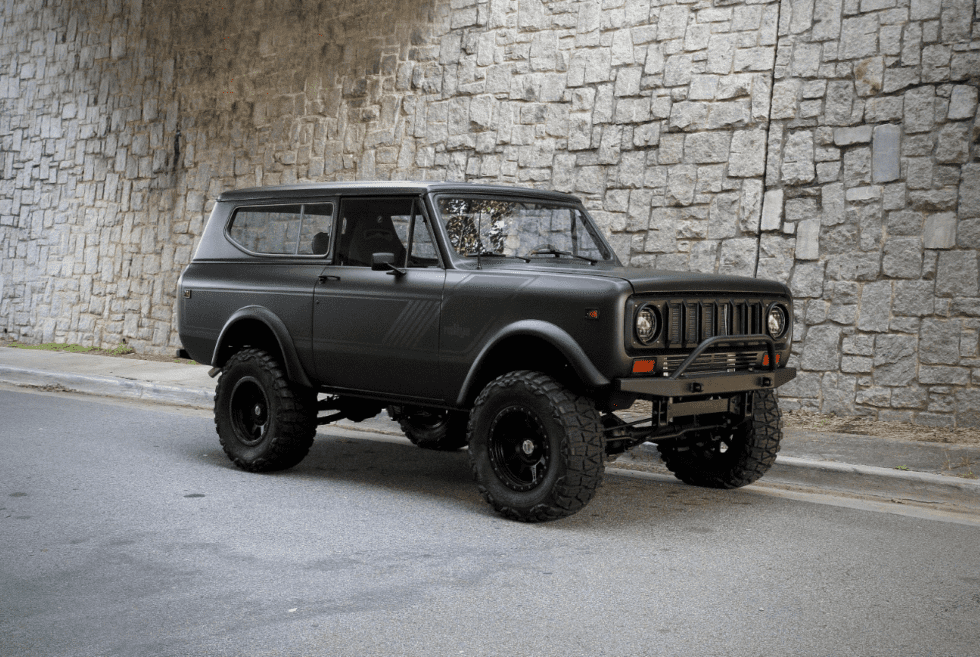 There’s something about this 1976 International Harvester Scout II from Motorcar Studio that’s regal and otherworldly. Most likely that’s because of its matte charcoal metallic sheen coupled with a matte black hard top and rallye stripe. The result? One of the most gorgeous 4x4s we’ve seen here at Men’s Gear.

Sometimes, simple is indeed better. It’s a design that Motorcar Studio says strikes the perfect balance between subtle and aggressive, and we’re inclined to agree. The whole thing sports a dull but ominous black paint job, which is at once intimidating yet also classy and eye-catching. Precious yet equally utilitarian.

It’s magnificent on the outside and on the inside as well, with a recently rebuilt 304 ci V8 engine under the hood that gives it plenty of off-road capability. That’s combined with TorqueFlite 727 automatic transmission. You also get a four-inch Rough Country lift plus 17-inch Mickey Thompson Deegan wheels wearing Nitto 33×12.50 mud grapplers.

Hop on in and you’ll get to enjoy the black Corbeau seats on both the front and rear. On the dash, you’ll find plenty of modern input feeds for all your modern entertainment needs.

This isn’t a new ride, by the way. However, it’s been restored to perfection. All gauges are working. Interior floors have been rhino-lined for all-weather durability. There are fitted stock lap belts, but you can upgrade it with a roll bar and three-point seat belts. 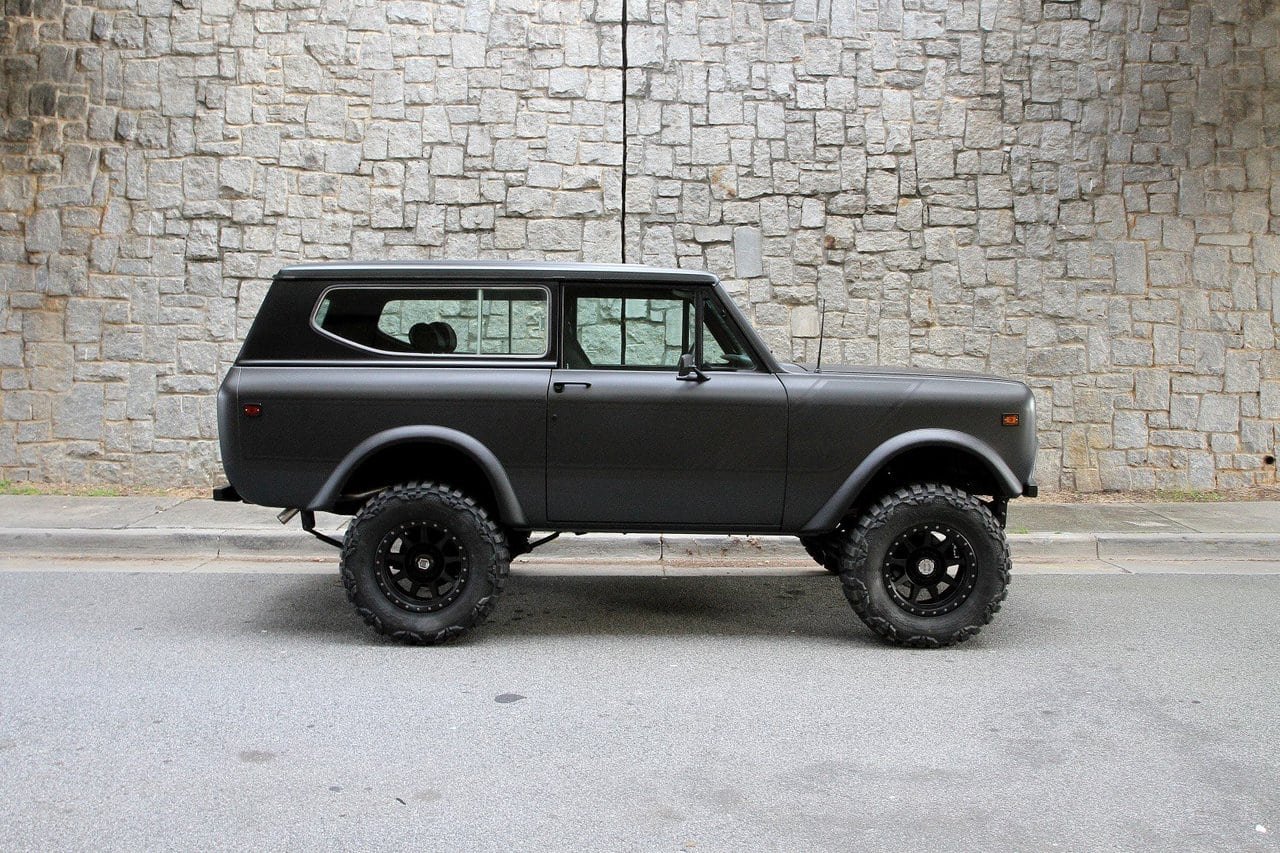 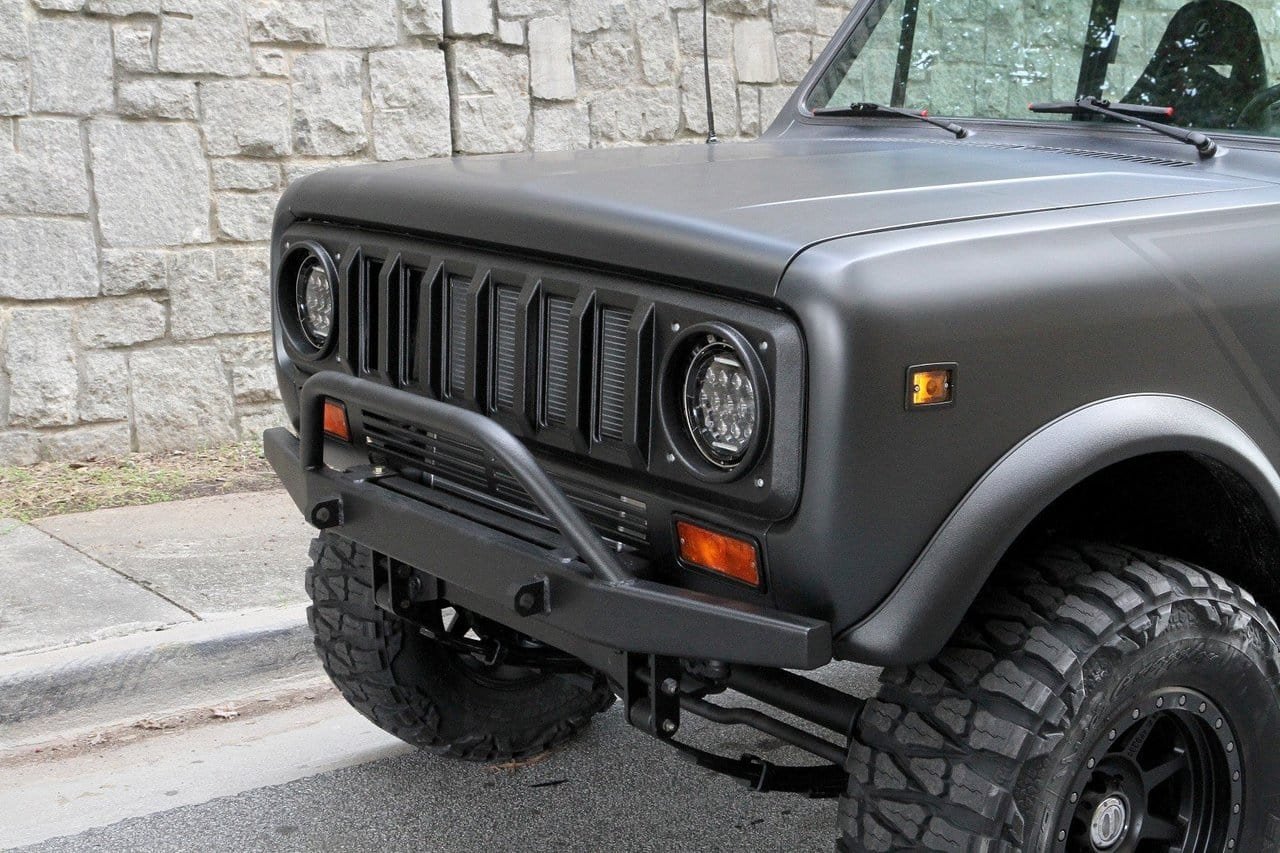 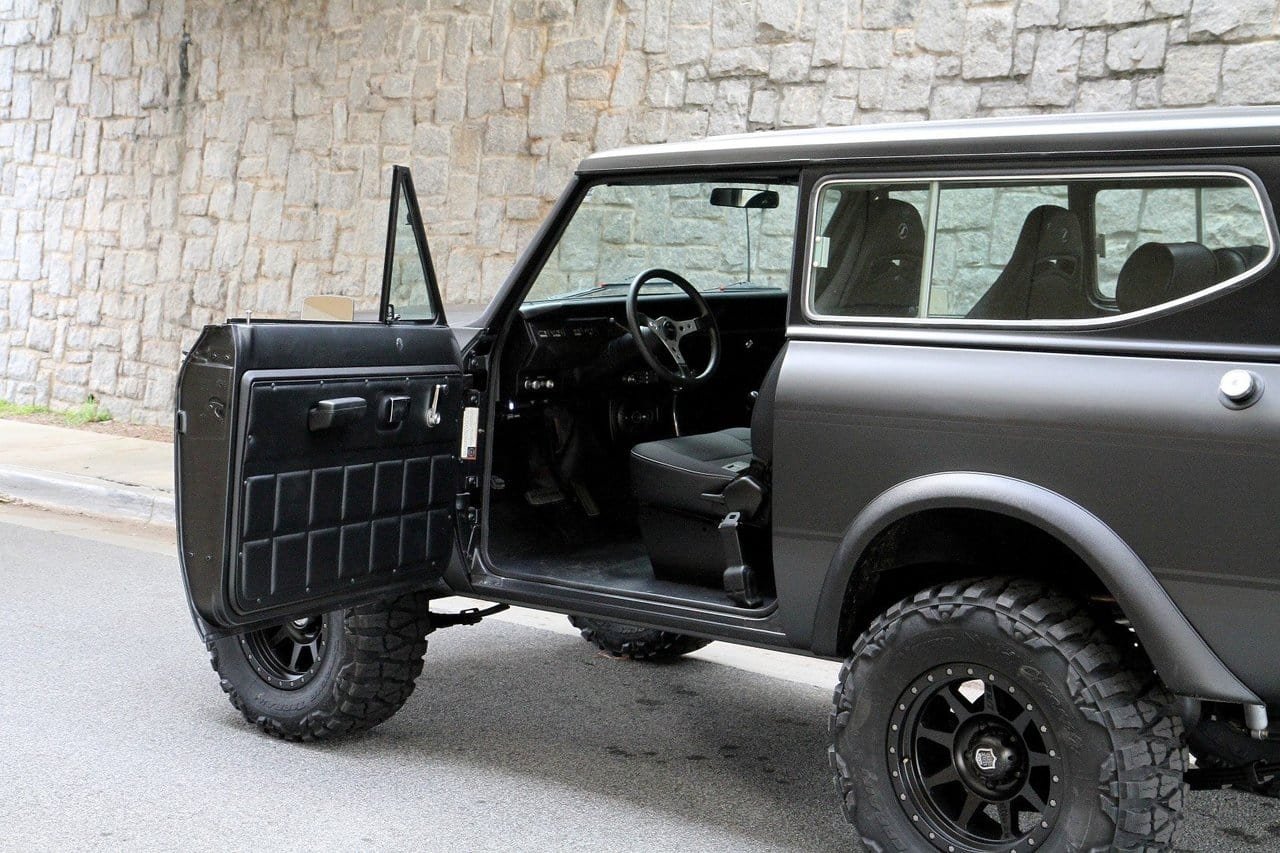 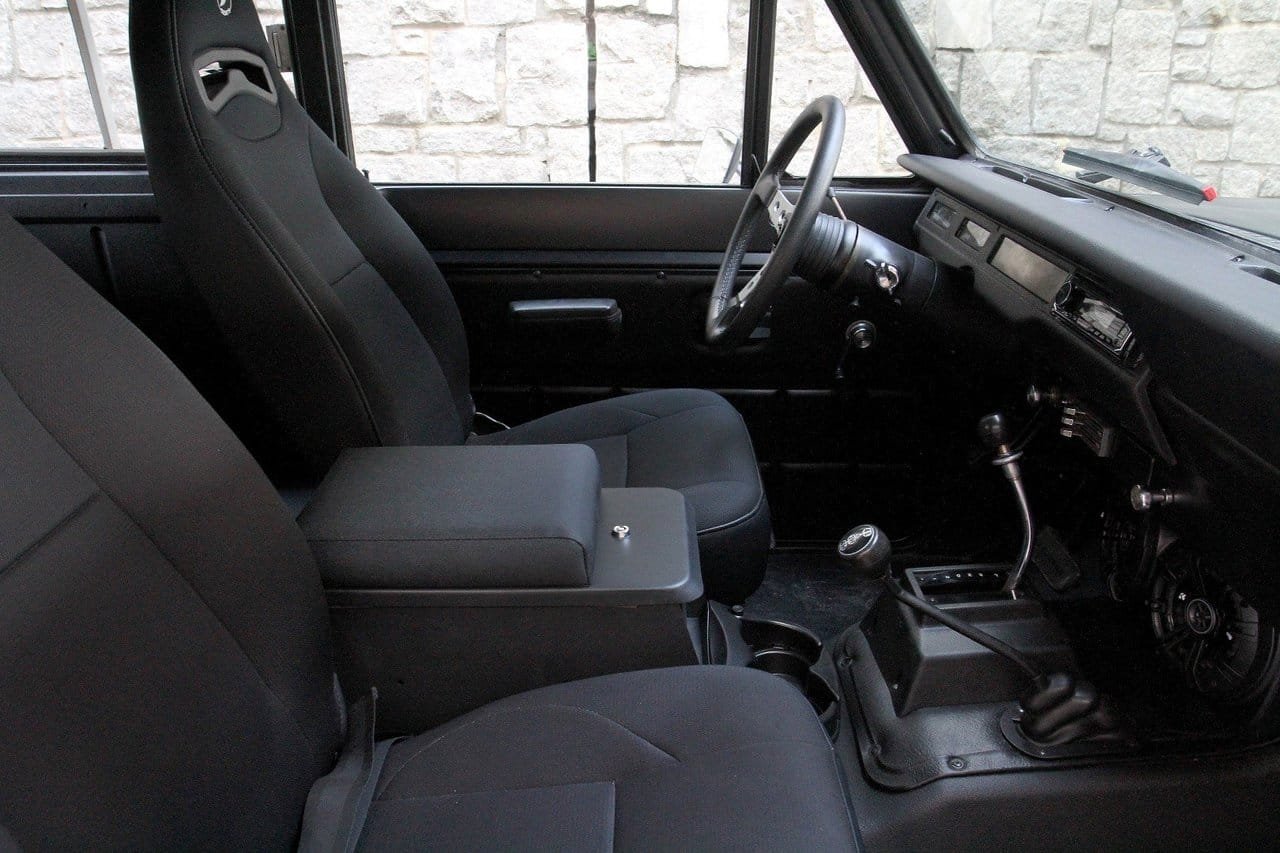 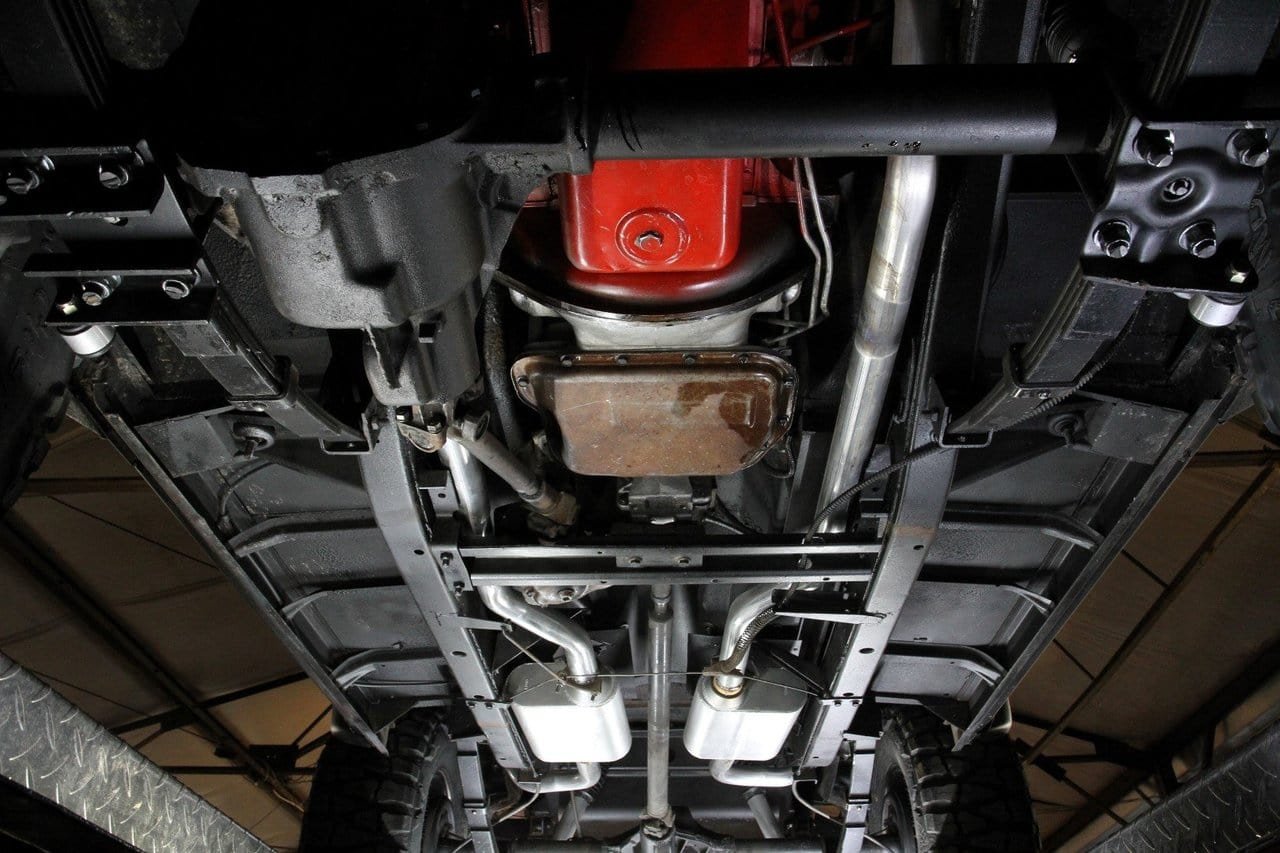